Toradora (manga) volumes 4-9 from Bookwalker from their Video Game Fair coin back event:

July is an important month for all gamers since we get to celebrate Video Games Day! Join our Video Game Fair to discover and enjoy some great gaming-related series!Purchase eligible volume 1-2 eBooks for a 40% Coin Back and sequel volumes for a 20% Coin Back by July 14th, 2021 PT. See NOTICE at...

ActionFaust said:
Moving one series from my HIDIVE backlog to my physical backlog by ordering Maria Watches Over Us from WowHD
Click to expand...

Nice, I really liked that series though I never got around to watching the last few episodes of Season 4
A

RadFemHedonist said:
Nice, I really liked that series though I never got around to watching the last few episodes of Season 4
Click to expand...

Nice to hear. As a yuri fan it's been on my radar for a while and though I've heard it's mostly Class S it'd be interesting to watch for its influence on the genre
Z

ActionFaust said:
Nice to hear. As a yuri fan it's been on my radar for a while and though I've heard it's mostly Class S it'd be interesting to watch for its influence on the genre
Click to expand...

Even tho I'm bi I'm not massively into ships and whatnot so I don't actively seek out lots of yaoi or yuri but I did really enjoy Marimite, and some of it was just so profound and lovely
particularly the storyline about the Buddhist girl and Catholic girl who are drawn to different faiths than the ones they were raised with, that was so sweet and handled fairly sensitively overall, I really wanna find/take a screenshot of that lovely image of the statue of the two monks holding each other that is in one scene of the show
, I also remember it looking really pretty overall, like I'd need to rewatch in HD to really comment on the animation quality but it's def one of Studio Deen's nicest looking shows. Also, FWIW, I'm an atheist and I do think the show's portrayal of a Catholic girls' school is unrealistic but I still think the show has a lot to offer in spite of that.
A

With fears of it going out of print I ordered Kase-san volume 2 from eBay and volumes 3-5 from Amazon. Considering how a lot of manga (particularly from Seven Seas) are going OOP these days I may as well go digital for any new series For the second week of the Rightstuf Birthday Sale I picked up 3 Blu-ray titles, of which only one was actually in the sale: 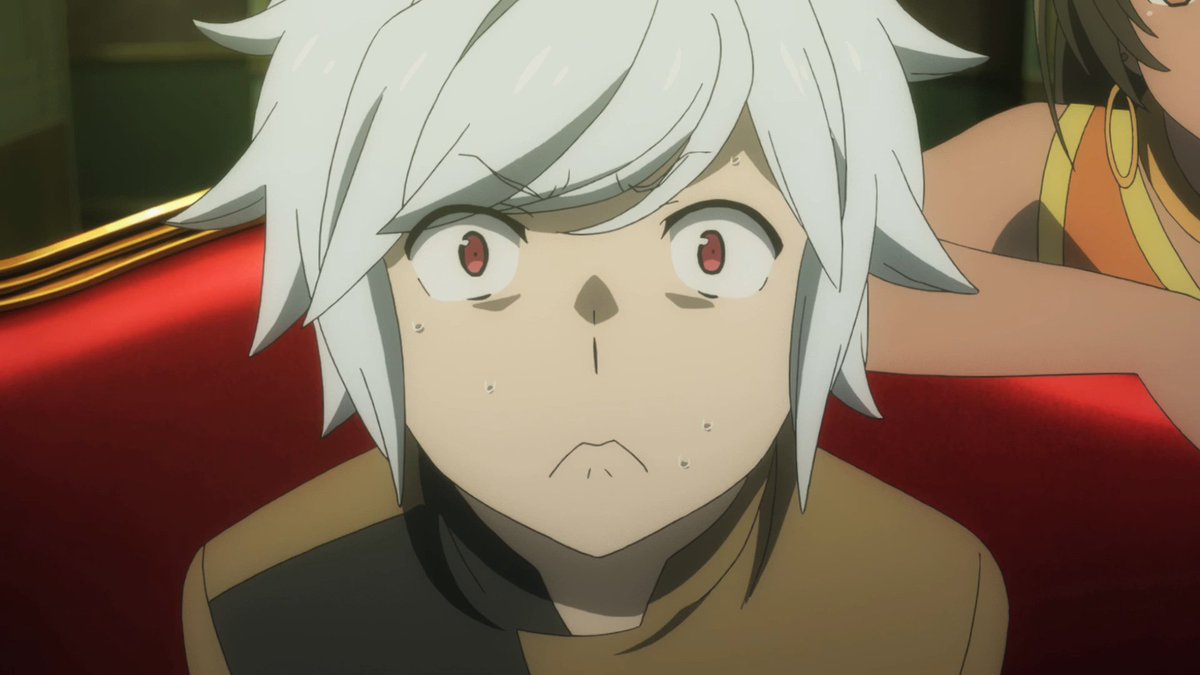 Is it Wrong to Try to Pick Up Girls in a Dungeon? II
(Premium Edition Blu-ray & DVD)​
It's been a while since I had not only ordered a Sentai limited edition box set, but also use Rightstuf. It is a pretty expensive order, but the main reason why I used them for this instance is because not long ago Sentai announced that they expect this release to sell out completely before another sale occurs so I decided it was time to act now. This reminds me of when I ordered Sword Oratoria two years ago from Rightstuf's sale which ended up selling out not long after.

Now you might be wondering why I ordered Sentai's over MVM's. The reason is pretty simple as I own Season 1 & the OVA through Sentai and those were also limited edition sets. Basically consistency and given how the franchise is mainly offering roughly one title every few years it's much easier to sort out than others. The Season 2 box is also thinner than the first season for the shelf so size-wise is practically the same as owning a UK variant. DanMachi is one of those shows where you forget that you like the series until you watch more episodes of it.

For those curious about pricing/payment. I used PayPal but also its USD currency through Monzo so I get the best result. This process actually helps a lot because otherwise I would have to repeat Rightstuf's ID/Card evidence verification stupidity as you often have to do that for every address or card info change/adjustment each time. Since it's FedEx shipping it could arrive before the end of the week but I suspect early next week at best.

Got 4 volumes of Attack on Titan from Bookwalker in the same Coin Back Event mentioned above and used them on volume 7 of Yuri is My Job which came out today along with the next volume of Interspecies Reviewers also mentioned above. Been buying the new Dragon Ball Z Blu-ray sets lately and been giving the Orange Bricks to someone I know who’s kid has got into Anime lately.
Today ordered Seasons 5-8 off UP1 and also ordered Medabots Season 1+2 off UP1 as well. Also watching the Kai edit of DBZ dubbed(use Z to watch subbed) so today also ordered DBZ Kai Final Chapters Part 2(DVD) off Amazon and got a £10 voucher from a survey I did and bought it for £4.99.
Bought the Final part off Ebay with the DBZ Movie Collection(DVD). I'll see myself out.

That was quite the read there Paid mandarake for a copy of Mooooooore Yuri (another set of anthologies called Éclair, including 2 stories from the mangaka behind Bloom into You) from Bookwalker:

As you can see I got plenty of coin back, this is due to their Ecchi Summer Fair:

July is considered to be one of the hottest months in Japan as the rainy season is ending and temperatures are starting to reach their peak! Suitable for this time of the year we offer you a very hot deal!Purchase eligible volume 1-3 Ecchi eBooks for a 50% Coin Back and sequel volumes for a 35%...

I used the coins to buy 3 more volumes of The Melancholy of Haruhi Suzumiya as I'm currently signed up to a VPN and as they are also running a site wide 30% coin back offer, so I got some extra coins back from them too.

In another round of catchup I've ordered volumes 4-6 of Girls Last Tour. Still on the lookout for volume 3 but it's good progress. Will have a proper look at my manga collection and make a thread in the marketplace sometime.

farzam1999 said:
Already placed next month’s Aniplex order along with a couple of sale items from RightStuf and one from Amazon.
My. Wallet. Is. Done.
Click to expand...

farzam1999 said:
I’ve sold many titles each month to cover my Aniplex expenses. This time I was like F it, went ahead and placed the order in case something from the sale went OOS.
Click to expand...

My next Aniplex order will be Heaven's Feel part 3 next Friday. I'm looking forward to that movie quite a lot.