All using Zavvi's 15% off code YXJAO-9CRE-AXRE. (Pretty sure the code is ending soon) Bought off eBay for a good price... Entrance ticket for the Malta at War Museum.

I fly to Malta on monday for my holiday and this is a place i want to go. AUKN Staff
South Park Seasons 11-15 and 16-20 Blu Ray sets from DeepDiscount using the FALL15 code. Cost just under £70 for ten seasons which is a pretty good deal and the sets take up less space than the individual releases. I had to look up what PSA meant, the first thing that came up was Prostate-Specific Antigen

Patient-X said:
I had to look up what PSA meant, the first thing that came up was Prostate-Specific Antigen

I know Mince Pies are awesome but I didn't know they were good for "down there"
Click to expand...

It was supposed to be Public Service Announcement.

It was supposed to be Public Service Announcement.
Click to expand...

I worked that out eventually

I think Google knows how old I am so search results are aimed specifically. If I do a search for a controller pad the first results are always from Tena.... I got that from amazon as well. That emoji sums up my reaction pretty well.

Likewise and though there’s a decent selection of titles some of the prices mean that even with the discount they’re sometimes cheaper elsewhere.

Added Iron Man 3 4K to the Amazon order from yesterday, it's fulfilled by Amazon and at $22.99, which should be very close to the Black Friday price.

Luna's (somewhat exaggerated and embellished as well as slightly reordered) Head Office Table record between various part-incanations of her brain warring with each other, after the first two tweets got announced:
September 3rd:
One day later:
Looking anyway.
Gets outbid several hours later.
A knock on the door of the round table's meeting room.
Two books walk in with a humble hunch, carefully wrapped in plastic bags, making them sparkle here and there.
They position themselves in front of the arguing mess of the round table (some were going physical already) and raise their backs straight to show off their price tags (12700 & 8700 Yen). insert fancy lightening effects here
Behold of the Hyouka Genga books!!! (KyoAni Shop exclusive, original selling price: 2381 Yen each.)
Everyone gives each other an awkward stare.
The members leave the meeting room patting each other on the back.
The door closes.
Reason-kun (Whyy that second cover choice!), Time Management-kun (Why does it always end up like this!) and Health-kun (You're never getting those sleep hours back!!!) stay behind hands clutched over their faces in despair.

Adding the twitter log two days after placing the order for the artbooks after all that, was however baffling easy. Hyouka solved it all, lol.

Anyway paid for the 4 books today, as the pick up was successful. Let's see what shipping will be like.
Last edited: 14 September 2019

Patient-X said:
Not that's it much use to you now, but Eureka have this on sale ATM.

Good heads up there! Ordered said trilogy and The Last Waltz as well.

Just bought some Survive Said The Prophet MP3s off Amazon (because I don't like streaming music....I'm sad). They've got the three track single for the Vinland Saga OP going for £1.29 which is nice.

Backed this Kickstarter for really fancy dice/figure boxes made to look like spell books. They look so nice made of wood and leather and you can customise the design and colours.

If you pay D&D you're going to want one! I want to buy several but wont be able to afford that! 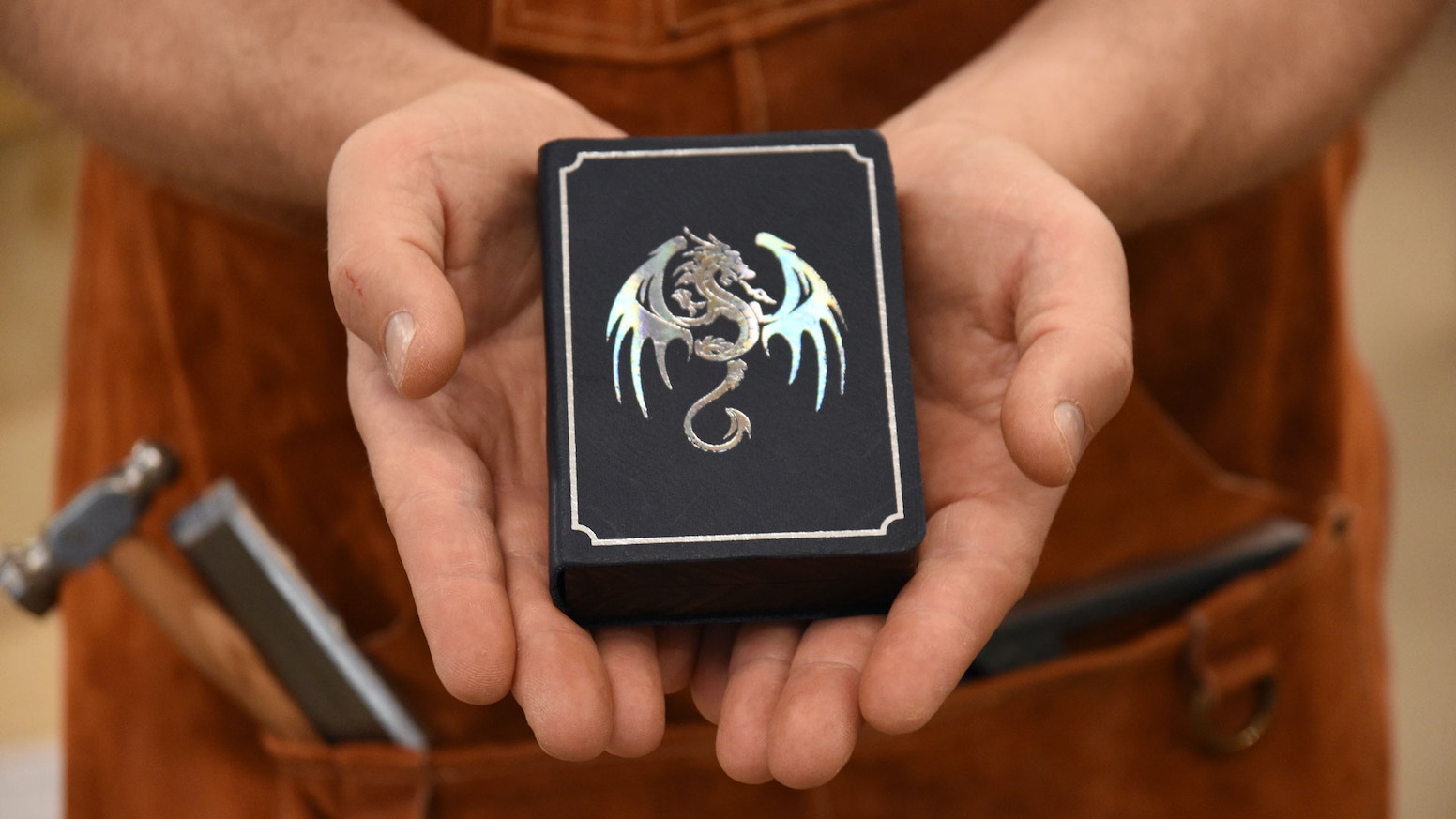 While trying to watch lord el melloi from my pc earlier, I noticed something about my chair - cue the smallest violin
The chair for all intensive purposes, is dead, the backrest offers no support and no longer keeps me sitting
So I got one of These instead, the one in black.