Also Tokyo Ghoul: re Part 2 with Bonus Box, so only 247 left

Depressed rocks get sent to the moon/land of the lustrous V. 10

naturally, I can already read the kindle version. Also naturally, I'm also halfway through it but I have work From Wordery using their TENOFF code.
A

Bloom Into You: Regarding Sayaka Saeki volume 1

So for a surprise I recently found out there actually is a v4 (took me just 4 years to learn...) and as it's on the list of an acquantaince to takeover the series volumes after I read it, I had the English ones ordered and wow, did I forget what crap paper quality Kondansha USA pulled there. (And the most questionable deisign choice with that Tsubasa/Chobits ad) Remembering v3 I thought this one would be a wrap up aftermath to Tsubasa's Nirai Kanai. To my surprise it started up a new arc and there is this mean mean "to be continued" at the end of the volume. To my even worse surprise there is no volume 5 even in Japan (3 years since volume 4!). Regardless, got my appetite up to pick it up again, which is when I remembered I had bought the JP volumes back in 2016 already (the whole first series and the first 3 of rei and geez, I probably missed rei 4 just by a few weeks.) Picking those up and comparing rei 1 JP and the english one (because of course I had to find out I had that one one time too much).
Right, it's not just the paper quality that suchs, print quality is also subpar and more over they have no colour pages. German ones had fairly terrible SFX editing especially in the first volume, but at least kept the colour pages. (Though they are OOP badly for years now. Ditched mine, when the series got caught up in Tsubasa's later trainwreck.)

Either way, I mixture of completeness-want (not that it was complete) and best version-want.

(And I can actually somewhat read them furigana-less as they are. Ha!) Devils Line from MusicMagpie ebay for £12.79 Picked up a used US DVD digipak set of Speed Grapher from eBay, after a fellow BD Forum member reminded me about the series a few days ago. It should be arriving on Monday or Tuesday. I had Speed Grapher in my Save For Later queue on Rightstuf's website about 6 years ago, intending to purchase the series, but when RS upgraded their website in June 2015, it wiped out all my items I had in the Save for Later queue, and then I just totally forgot about the series.

The copy I got looks like this but was in a bit better condition. I decided against getting the Chipboard art box release, it was just way too big. This digipak set is much more manageable: 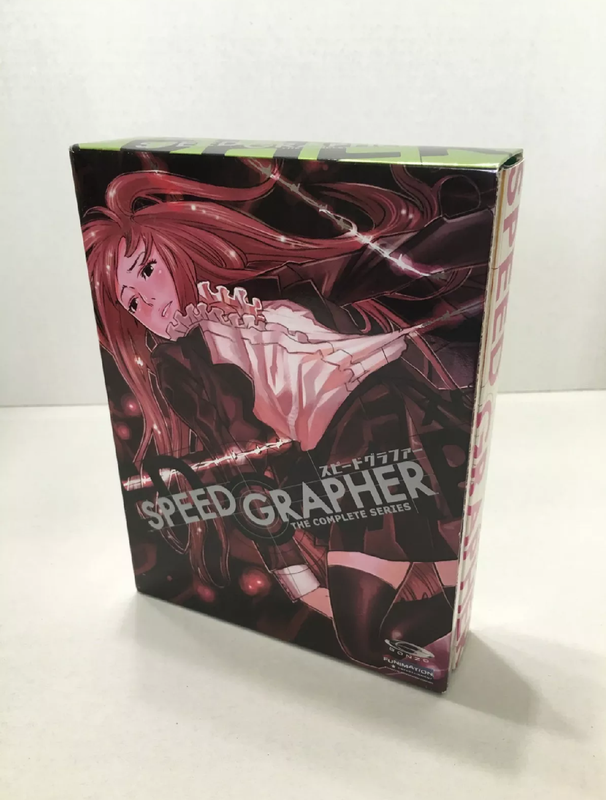 AUKN Staff
Ordered a few import titles last night including That Time I Got Reincarnated as a Slime Part 2 Limited Edition. Went ahead and picked up Part 1 on my lunch break from CeX.

Ordered Code Geass Lelouch of the Re;surrection from UP1USA
A

Should be arriving Thursday

AnimeCollectorUK said:
Bought the Elfen Lied Collectors Edition BD set on eBay thanks to @SkwigglesWorth's tipoff on the bargains thread

Good pickup! Dark horse is also publishing omnibuses for the manga, it's the author's first manga though, but Attack on Titan (isiyama's first real work) still looks better. I'd only reccomend going for it if you liked the anime's seemingly unfinished plot though

Captaaainuniverse said:
Good pickup! Dark horse is also publishing omnibuses for the manga, it's the author's first manga though, but Attack on Titan (isiyama's first real work) still looks better. I'd only reccomend going for it if you liked the anime's seemingly unfinished plot though
Click to expand...

Ah yes I saw them on a recent visit to Waterstones, they look like pretty nice releases but I'm not a big enough fan of Elfen Lied to make getting them a priority right now. My first light novel purchase. And I managed not to type "enima" by mistake.

A
A reintroduction I guess