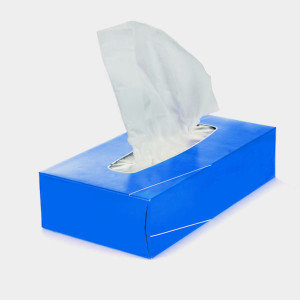 I'll take those, I've got a cold *blows nose*

My Maquila screening is at 8:15pm, plan on going to see Avengers Infinity War and maybe Deadpool 2 again before it

So... what time do you guys have your Maquia screening tomorrow? Mine's at 6pm.
Click to expand...

8:15 and I still no absolutely nothing about it. I've completely avoided everything and skipped all the articles and stuff.

Adam-M said:
8:15 and I still no absolutely nothing about it. I've completely avoided everything and skipped all the articles and stuff.
Click to expand...

Yes! You're the same as me, then. I saw a very short trailer around the time it was shown at Glasgow Film Festival, but other than that... nothing. Haven't even read the description in the cinema guide.

Hope y'all enjoy it.

Off to watch Maquia at 7 at Leeds showcase, doubt it'll be good but eh it's an excuse to get out of the house.

Wow, how right @qaiz was. What the hell did I just watch? I felt like I was watching a recap film of a series.

Neil.T said:
Wow, how right @qaiz was. What the hell did I just watch? I felt like I was watching a recap film of a series.
Click to expand...

So not one you’ll be buying?

Phobos said:
So not one you’ll be buying?
Click to expand...

I'm sure others will view the film differently: I think the guy two seats to my right was sniffling at times. I was actually pretty bored even before the halfway point, I'm afraid.

Neil.T said:
Wow, how right @qaiz was. What the hell did I just watch? I felt like I was watching a recap film of a series.
Click to expand...

Lots of themes that didn't have a pay off, apart from it sucks to see people you love die. I was thinking it would make a better series although the art and animation wouldn't be as stunning. It was as if she had written for a series and then realised it had to be cut back, but didn't have time to do a rewrite.

I've seen 6 projects she's done now (lots more on PTW list) and the best 3 have all been under the directorship of Tatsuyuki Nagai (IBO, AnoHana and AotH). I read somewhere they would argue and compromise with each other, seems to be that she needs that, as directing herself with no one to say no (sounds like even the producer let her get on with it) didn’t work too well, maybe she'll be better at it next time, if she has another go. I still thought it was good for the most part, just needed a better ending and some more scenes in between some of the time skips. I did shed a tear though!
7/10
Last edited: 27 June 2018

Yeah it’s feels like it’s painted to make you cry. But it did like time jump massively without warning and didn’t have a satisfying pay off so I have it at 8. 7.5 probs as I still want to say your name is a bit better but none any near ASV
Last edited: 27 June 2018

@D1tchd1gger covered most of what I thought. I did enjoy it though but thought it would be better as a two cour series. But if it was then would it drag?
7/10 for me

I was planning on writing my thoughts but it's too damn hot, I feel like I'm going to die, maybe tomorrow.

I thought it was beautiful but it didn't need to be as long as it was for what we actually saw in it.

I'd of loved to see MUCH more of Maquia's world. They missed a step there IMO.

Anyone else going to watch the Showcase 'Flashback' release of Cowboy Bebop - The Movie this evening?

Got mine for me and three friends! And its a pretty wide release,, I can see it at my local Odeon.

AUKN Staff
Closest screening to me is 30 miles away, so I'll be giving it a miss, sadly.

Got mine for me and three friends! And its a pretty wide release,, I can see it at my local Odeon.
Click to expand...

Just noticed you're from Bournemouth. I lived there for a few years when I was at Uni.

IncendiaryLemon said:
Closest screening to me is 30 miles away, so I'll be giving it a miss, sadly.
Click to expand...

Come watch it at mine and @jaden550's local. We'll cover the train fare.

Glad I got that club card because this booking gave me a LOT of points and this December has like at least 4 other movies I'm interested in, its mad.