The Illusionist (rewatch) - As this film has very little dialogue and what there is is mostly just cleverly done mumbling to indicate characters are talking or that there's a language barrier without actually having them use real words, I bought the relatively cheap French Blu-ray release of the film from an Ebay seller located there, and have now rewatched it in full HD - the DVD looked pretty good for a DVD but it does look very nice in HD as well, I actually saw it at the cinema when it came out IIRC and that was a lovely experience too. I would also like to take this opportunity to mention that the other film called The Illusionist that this is not to be confused with has Edward Norton in it not Christian Bale, I got mixed up (so in other words Edward Norton is not to be confused with Christian Bale I'd additionally like to take this opportunity to thank my friends, family, agent, pet golden lion tamarin and all the other beautiful people who helped get me this lovely shiny Oscar <3 ) XP I paid far closer attention to the film this time around and I'm glad I did, unsurprisingly I caught a lot more details and story etc. and it really is a wonderful film that I heartily recommend! Still want to get that OST on CD as well The only downside of buying the French BD over the more expensive US one is that the extras may not have English subtitles though I haven't checked yet 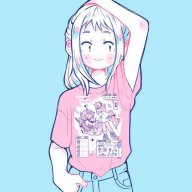 Chainsaw Man - Latest episode (not sure what number we're on now, I'm getting old) Still enjoying the show. I really like Aki. He makes his coffee correctly

Suppose a kid from the last dungeon boonies moved to a starter town.

Only got home from Glasgow at 12pm and having a TV day. Supposed to be watching England V Iran, got bored (as I do sometimes - attention span is at 23 minutes).
It passed the 'is that the episode finished already test '.
Lots of stupid humour that hit the spot and likeable characters.

This had been one of the few Oshii anime I hadn't seen and after reading @Professor Irony 's comments on it I had to see it. It's an interesting OVA, simultaneously genius, bizarre and at times quite tedius it is an extremely compelling watch and even when some of the tedium set in during the veerrry long talking sections I just couldn't take my eyes away from it. Very much in that vain of experimental anime from the late 80's like Twilight Q and Take The X-Train, it is a piece of animation that could only have be made in bubble era Japan.

I really like this type of supernatural anime from the late 80's and early 90's. I had watched the Karura Mau film earlier in the year which I really enjoyed and there was a recent fansub of the OVA so I dived right into it. This was a good first episode that followed on nicely from the film.

Now to compile notes for the review on the mecha podcast.

HWR said:
Only Yesterday (Film) A charming and grounded film from Isao Takahata, this is now one of my favourite feature films from Studio Ghibli. 4.5/5
Click to expand...

Only Yesterday is my favourite film from Studio Ghibli, understated and melancholic I think it's a beautiful examination of life.

How a Realist Hero Rebuilt the Kingdom
Episodes 11-13. Finished.

Want to watch the next series. 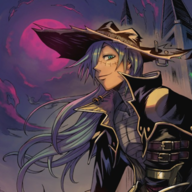 Gundam Reconguista in G - Episodes 1 & 2
I watched up to around Episode 7 last year before stopping. So I've decided to start over again & take notes. Episode 1 throws out a lot of information about the different factions, the Kuntala, religion, countries etc. Keeping track of all that is easier with a pen and notepad.

Very nice. I remember that being a stand out episode for early season 2.

PaniPoni Dash! episodes 25-26 (Complete. An easygoing comedy that features a lot of references and parodies amongst its often random style of humour.) 3.5/5

Patlabor: The Mobile Police The Original Series (Rewatch) OVAs 1-7 (Complete. A great start to the franchise that I appreciated further upon this rewatch.) 4/5

Patlabor: The Movie (Film) (Rewatch) An engaging first film for the franchise, especially thanks to the endearing cast and intriguing story. 4/5

Encouragement of Climb: Next Summit Episode 8

TONIKAWA: Over the Moon for You OVA 2

Oreimo episodes 7-15: I'm really not comfortable with the whole incest vibe and Kiririn irritates me. Everything else about the anime was fine, and it improved markedly when Kiririn was absent for the last few episodes. Oh well, they can't all be winners.

Suppose a Kid from the Last etc
Episodes 4-6

Assault Lily Bouquet
Episodes 4+5.
Not much fighting the Huge. Lots of making friends. Episode 5 was nice, though.
Last edited: 23 November 2022

Do It Yourself! Episode 8 Blueprints.

Love Flops Episode 7 To the beach.

Reincarnated as a Sword Episode 9 Mocked and mock battle.

The Eminence in Shadow Episode 8 Hostages.

AUKN Staff
Do it Yourself!! episode 8 Getting carried away.

The Eminence in Shadow episode 8 State of emergency.

Patlabor: The Mobile Police- The TV Series (Rewatch) episodes 31-47 (Complete. A fun series to revisit, though some episodes were stronger than others and the bigger focus on lighthearted storylines waned my interest in places, albeit with the endearing cast being a key redeeming factor.) 3.5/5