Episode 286: Is the Ichigo/Aizen fight about to happen already? I thought that would be way later.

Episode 287: Wow, for a filler episode, that was surprisingly great. Like, it was mostly a rehash of the Soul Society arc, but it was surprisingly funny and well done. Honestly, there should me more filler episodes like this, with alternate worlds or timelines. It's still ultimately an inconsequential and pointless episode, but at least it's something fresh and interesting.

Persona 5 The Animation: The Day Breakers

A nice little OVA that I think does it's job. It's nothing fantastic, but I think it does a fairly decent job of introducing the concept of the game to people. I wasn't too sure exactly what the plot of the game involved but now I have a better handle of it. I do wish it spent more time with the characters that are going to be in the game. Even after watching this OVA, I know literally nothing about any of them, although I suppose given it's only a one off, they couldn't really flesh them out much. The animation is kind of below average, once again proving A1 cannot do justice the the Persona art style. I thought they might have improved since the rather poor looking Persona 4 The Golden Animation, but I guess not. I wish Production IG animated it instead given they're doing the cutscenes in the game. Probably the best thing about this OVA is that we get to preview the OST from the game, which is sounding on point, although I wouldn't expect anything less from a Persona game at this point.

Was that a confession?! They're probably not going to mean it like that, but I'd love it (for purely character reasons, I swear!) if they did mean it like that.
Last edited: 3 September 2016

Delicatessen - It's been a number of years since I've watched this brilliant French film and I was relieved after finally buying the Blu Ray for it that the film continues to be just great eccentric fun. Best description I've ever heard for it is a mix of Sweeney Todd and Terry Gilliam's Brazil.

Humanity and Paper Balloons - Japanese film from 1937 directed by Sadao Yamanaka. I believe this is the most famous of his surviving films and I'd been meaning to watch it for along time after it was mentioned on the Seven Samurai Criterion extras and that it had a great influence on Kurosawa. I thoroughly enjoyed this film despite it's sad ending. Some great characters and a great commentary on the Japanese past as well as the then present 1930's Japan. Sadly Sadao died in the war aged just 28.
Last edited: 3 September 2016

Mob Psycho 100 episode 8
By far the best episode of the show so far. Just checked MAL and can see this season is only 12 episodes, kind of wish we were getting more .

Alderamin on the Sky episode 9
Did not expect that [SPOILERinline=]death of a character[/SPOILERinline] to happen. Still enjoying this show though, definitely a dark horse of the season.

Alderamin on the Sky ep 9.

Amanchu ep 9. What is it with slice of life anime and large cloud formations?

Mobile Suit Gundam ep 15. I can see why this episode is omitted from the blurays, it's story is a mess.

If they're continuing the tradition of referencing classic gangster films, my guess for this week is The Long Good Friday, due to a similar scene with a whisky bottle, although it could just be a coincidence. Persona 5 The Animation: The Day Breakers - Yup, that was a Persona anime all right lol I'll be honest I wasn't all that sure how the story of the game was gonna play out, but I didn't think it would be like that lol really cool idea, a random OVA doesn't actually do it justice though. The whole episode just felt like it was a side quest, which I guess was the idea really, the animation was rough as hell and some of the subtitles could have had more attention (maybe I'm just tired but I feel that words were missing a couple of times) but the music was fantastic (as you'd expect really). I'm a bit annoyed as now I want the Japanese voices in the game even more >_> never mind, bring on February! It's so far away guys ;-;

Mob Psycho 100 - Episode 8 - I know I always mention how good the visuals are, but this episode was especially good on that front.

91 days - Episodes 7.5 (kinda) & Episode 8 - Well I kinda just skipped threw episode 7.5 to make sure I didn't miss anything by not watching it as I really don't need nor want a re-cap after 7 episodes..... I don't think I missed anything by skipping it though. Episode 8 was great though, if not pretty predictable.
Last edited: 4 September 2016

And so Bleach goes back on hold again until I grab the Series 14 box set. I've actually really enjoyed Season 13, more than I think I've enjoyed Bleach in a long while. The fights were pretty great and, whilst still pretty lengthy, never overstayed their welcome like some others. With the arrival of the Vizards on the scene in a fighting capacity, as well as the top 4 arrancars, there was also some great, fresh abilities on display too. I am kind of glad that the whole Arrancar plot is winding down, it has been good, but it's just too long. 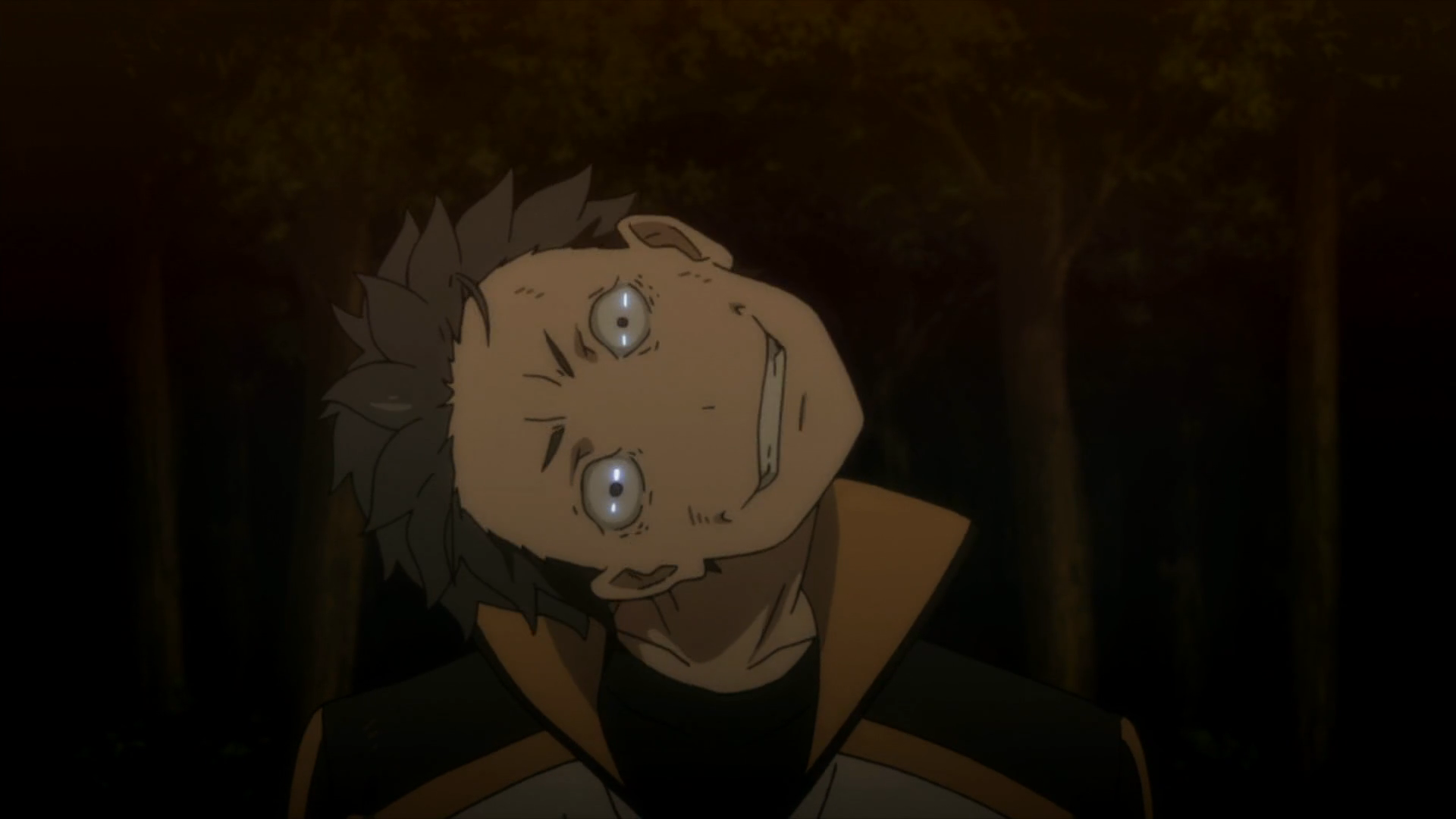 So as you can see from the spoiler button above, Re:ZERO just escalated pretty quickly. For most of the episode I was pretty satisfied (though there was a plothole regarding the letter; Ram said they received a blank letter but Emilia actually got the correct one). Now suddenly Subaru got possessed by Kirito Sloth and had no choice but to sacrifice himself. While this is a cool and shocking turnout, I'm going to be pretty damn pissed if he ends up all the way back in town where everything he has done (the negotiations, the white whale attack, making up with Julis, and helping the villagers) ends up being all for nothing. Not to mention we only have 2 episodes left. If all of that gets ignored like nothing happened then I'm going to be ******* pissed.

Re:Zero - Episode 23 - Another 'HA' ending to the episode. I'm curious to see how they'll wrap all this up in 2 episodes, as much as I enjoy it I won't be sad to see it end tbh, which is odd as I do really like it.

Baccano! - Episodes 1-3 - I really should tackle my backlog (which is huge at this point) but I've been wanting to re-watch this pretty much since I picked up the BDs so here I am, re-watching it (I was watching it dubbed, but then I remembered that Isaac and Miria are just the best thing and are even funnier in Japanese) lol Perhaps I'll watch something I haven't actually seen yet after I finish this.
Last edited: 5 September 2016

Food Wars! The Second Plate episode 10.
Re:Zero episode 23.
And You Thought There Is Never a Girl Online? episodes 1-2.

Some really cute Hifumi moments in this one.