Samurai Champloo eps 24-26 (dub) (complete)
A three parter to finish the show. I have mixed feelings about this arc as they reach journeys end and the past catches up to them. It's fairly melancholic with Fuu finding her father on his death bed and then killed by a Shogunate assassin in front of her, but it could have been even more so as both Jin and Mugan survive mortal blows. Jin performing a last ditch manoeuvre that his sensei warned would probably kill him and Mugan was standing right next to a pile of explosives as they went off! Then after all that and one claiming he's found what he's looking for and his first friends, they split up!! Whilst all that didn't make sense, I must say that the action was cool as well as the soundtrack.
Overall I liked the adventures they went on over their journey, some being better than others, but unlike Cowboy Bebop the overall arc stumbled at the last with some oddities, maybe because killing a lead character again would have been a bit repetitive.
All the technical stuff was top notch.
8/10

Vinland Saga eps 1-3
Well that was a great start. Mostly faithful to the manga apart from the opening chapters of the manga which shows Thorfinn already with Askeladd as they attack a town were cut. I don't particularly mind that change, I wonder if they will appear later in the correct chronological order?
OP & ED are fantastic!

@D1tchd1gger Yeah, they showed scenes from the opening chapter in the trailer so they must be doing it chronologically. I remember WIT doing something similar with the training arc in AoT S1. (manga it was a flashback)


They probably just wanted to keep the death a secret rather than letting the audience know its coming before hand, similar to how Berserk 1997 didnt show that Griffith was going to become a bad guy prior to starting the Golden Age arc, unlike the manga.

Eps 1-5 of Code Geass: Akito the Exiled (complete)
Eps 1-3 of Vinland Saga...so happy to see one of my fave mangas animated and it didn’t disappoint.

Cinderella Nine episode 12 An expected outcome but a good finale. (Complete. A solid and fun sports series that doesn’t necessarily cover much new ground but kept me entertained each week.) 3.5/5

VINLAND SAGA episodes 1-3 This has been impressive so far and I’ve heard great things about the manga.

Doctor Who: Planet of the Daleks
One of my personal favourite Dalek stories that acts as a sort of greatest hits with various ideas from past Dalek tales reappearing. 4/5

Doctor Who: The Green Death
A great thriller with a megalomaniac computer causing chemical chaos for some mines in South Wales. It’s a very strong story and the best of Season 10 for me. The departure of Katy Manning’s Jo Grant and the final shot of Bessie are still some of the best in the shows history. 4/5

Bloom Into You [Rewatch/Dub] episodes 7-8

Ep 1 of Astra Lost in Space

Is It Wrong to Try to Pick Up Girls in a Dungeon?: Arrow of the Orion

Cinderella Nine Episode 12 (Complete)
A fated outcome with rewarding results. A decent and fun sports series with a good underdog story to accompany it. Even though this doesn't explore any new territories, it was still a entertaining weekly watch. 3.5/5

Re:Stage! Dream Days♪ Episode 1
Seems promising, but will have to see how it goes.

Teasing Master Takagi-san 2 Episode 1
It's finally back! Oh how I've missed this series.

The Ones Within Episode 1
Intriguing first episode. Idkw but this is giving me a King's Game vibes.

Vinland Saga Episode 1-3
Great start. Now I can see why this was so hyped up about.

Neon Genesis Evangelion - Episode 6 [Netflix]
The Melancholy of Haruhi Suzumiya - Episodes 11-20 [Blu-ray] Finished all of the Endless Eight, not bad when I watched 2-3 of them in one sitting tbh. Satisfied when it ended, but not happy with how it turned out though.
Miru Tights - Episode 9 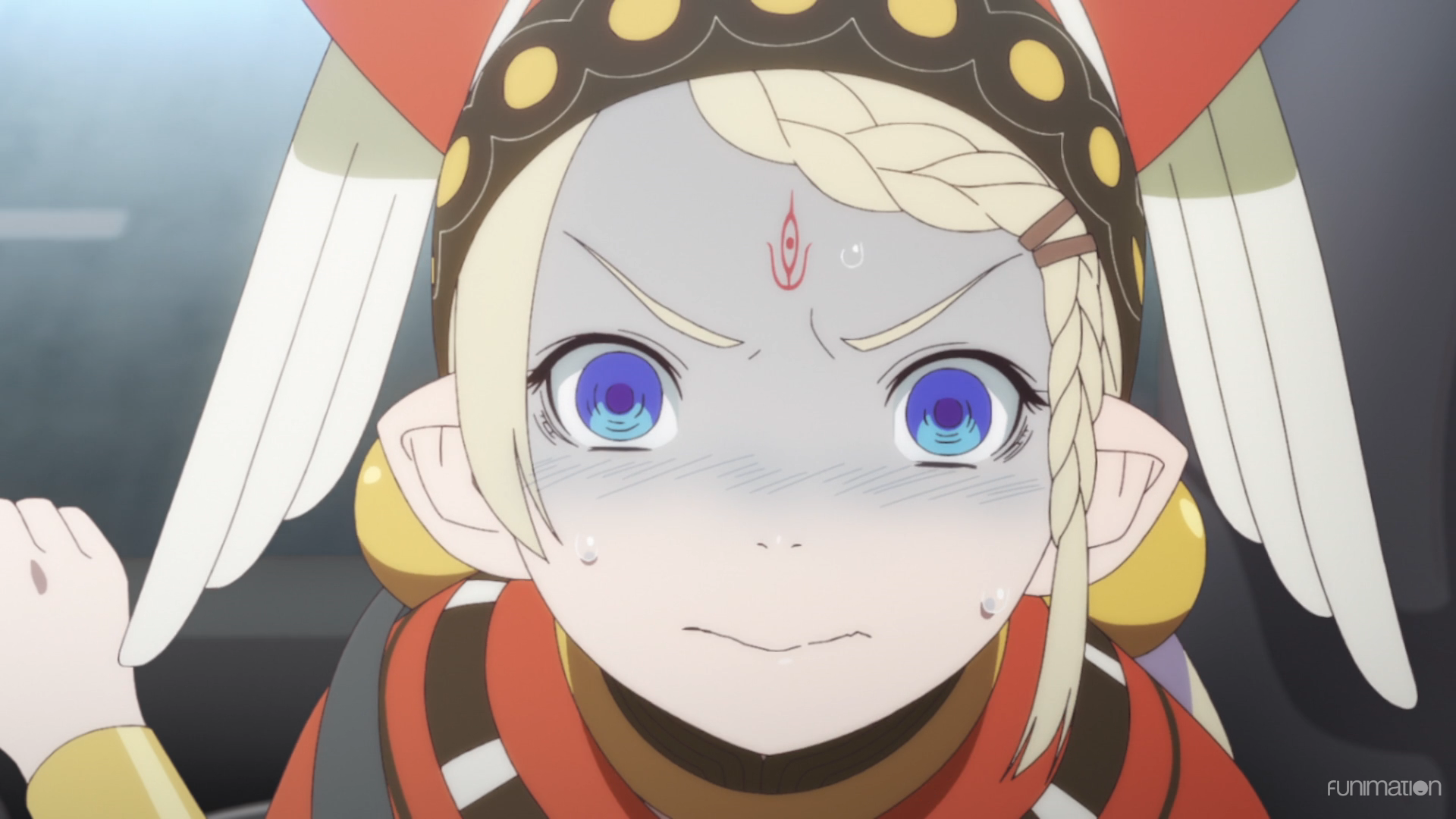 To the Abandoned Sacred Beasts episode 2 Death of the father and a new way forward.

Spider-Man: Far From Home (Film) A fun sequel that satisfies as a blockbuster but at times had some writing and plot points that felt repetitive. Mysterio wasn’t quite as engaging as Keaton’s Vulture but the technology involved in their antics was cool. Not certain where my score for this one lies at the moment.

That Time I Got Reincarnated as a Slime OVA
This was the "lets make figures of these!" episode.

I've gotten so behind on last season (with a few exceptions) that I've mostly given up on it. Might eventually get around to finishing off half a dozen or so shows from it, but for the time being I'm mostly starting afresh for the new season... except some continuing ones. Also intend to severely cut back the amount of shows I watch per season as I simply don't expect to be able to maintain it. Hopefully keep it down to around half a dozen shows.

Arifureta: From Commonplace to World's Strongest ep 1
I enjoy the LN for this far too much for what's basically a power trip isekai. Not sure I'll stick with the adaptation (the art and animation of the first ep makes me feel it might get a bit iffy later on), but it started decently. Did cut a lot of detail out of the first volume of the LN though - didn't do a bad job of it, but still.

Lord El-Melloi II's Case Files: Rail Zeppelin Grace Note ep 1
I love Fate/ and El Melloi II is one of my favourite characters, so there's no way I'm not watching this. I would read the LN it's adapted from but Fate/ stuff is always really difficult to read, so... Anyway, a good first ep for setting the scene. Might be a bit tough to appreciate without episode 0 or Fate/Zero though.