Picked up the Marvel Anime set from HMV today, mostly just wanted it for the X-Men series which was good, dropped Iron Man and haven't tried the other two. thedoctor2016 said:
It is a Different size case but CCS fits in it and saves me like £5. I do agree with SG0 way though where all releases are combos (if the LE has to be a combo) so you don’t have to buy a Special Part 2

weren't you complaining a couple weeks ago about combo packs being more expensive and that there should be a cheaper one without the discs?

Oldmario said:
weren't you complaining a couple weeks ago about combo packs being more expensive and that there should be a cheaper one without the discs?

tbh i don't really know why we have combo packs still in 2019 when most companies should be phasing out dvd prints because i'd assume with a big majority of users of anime that they'll be mostly youngish and have atleast 1 blu-ray player either standalone or in a console
Click to expand...

Yes we should remove them. But forcing people who bought a CE to buy a more expensive part 2 just for DVDs is a special kind of bad. And has really annoyed since they announced and the fact it doesn’t come with slipcover yet costs more just really really pisses me off. Captaaainuniverse said:
To be consigned to be the immortal second player, to veer off screen as the spotlight follows something much faster and more exciting, to be used time and time again as a grim litmus test for danger, to lift a lazy player one and carry the blame like sin once flight time runs out above a bottomless chasm.

thedoctor2016 said:
Yes we should remove them. But forcing people who bought a CE to buy a more expensive part 2 just for DVDs is a special kind of bad.
Click to expand...

Is it really more expensive?
The extra DVDs cost about 50p to produce (when they clone the US-discs), but retailers may decide to only stock one version of the title - so less unsold stock will be returned to the publisher. That can save more than those 50p for production...
But I agree it's somehow weird to produce both, combo-pack and seperate DVD versions. But that's may be due to the fact that previous seasons also got seperate DVD-releases.

Several Anime publishers who still release Anime on DVD are trying to cut down production costs by using exactly the same packaging for DVD and Blu-ray (only with stickers or info-sheets attached). (But that's only a valid argument, if they don't use mass produced standard cases)

Well s1 was combo pack LE only first remember. Then s2 has no CE then S3 decided because FUNi own manga lets bring it back the LE. So it doesn’t match anyway so **** that’s why I don’t care about not having match S3 discs because S2 doesn’t match anyway. 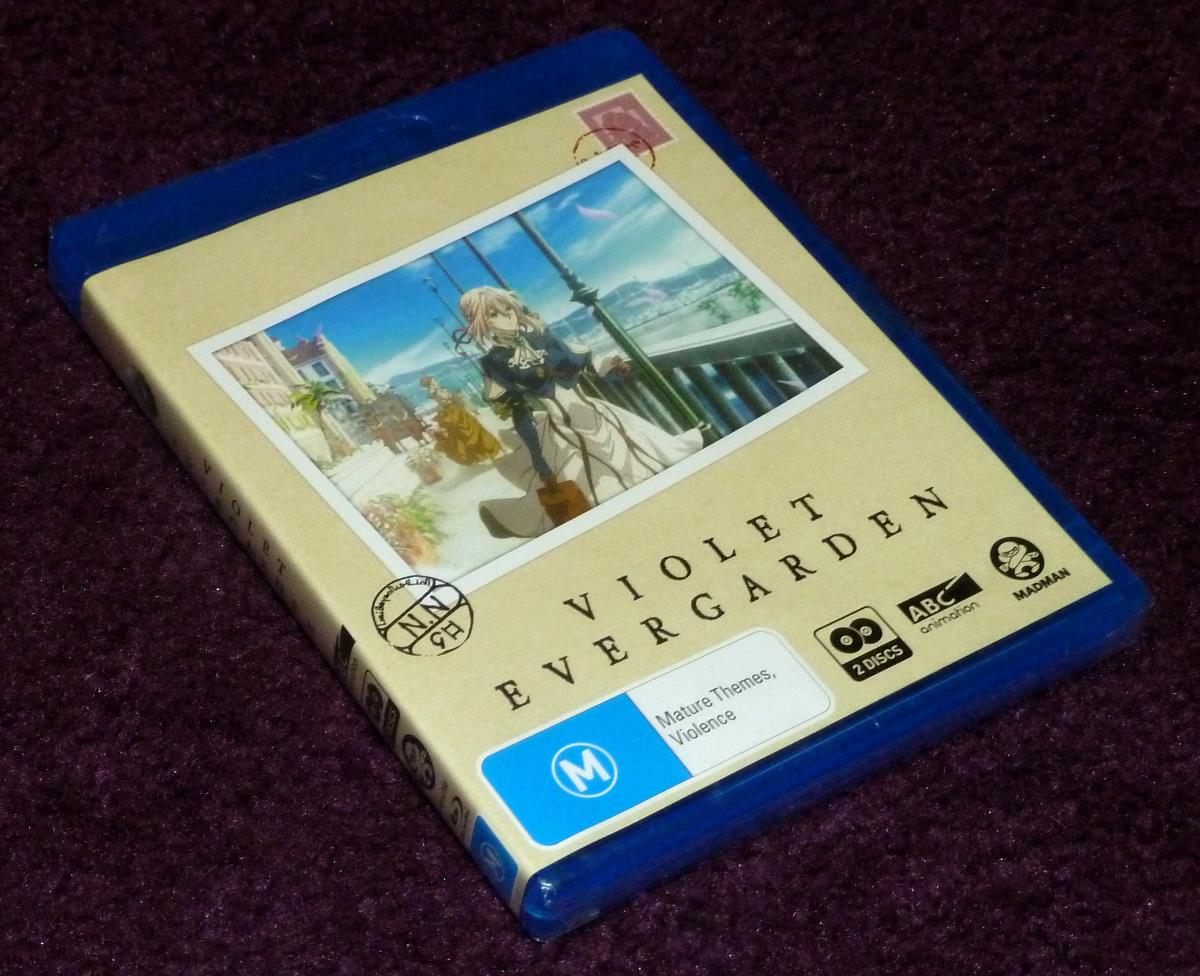 AUKN Staff
So these two had a bit of a delay but thankfully they arrived in the end. 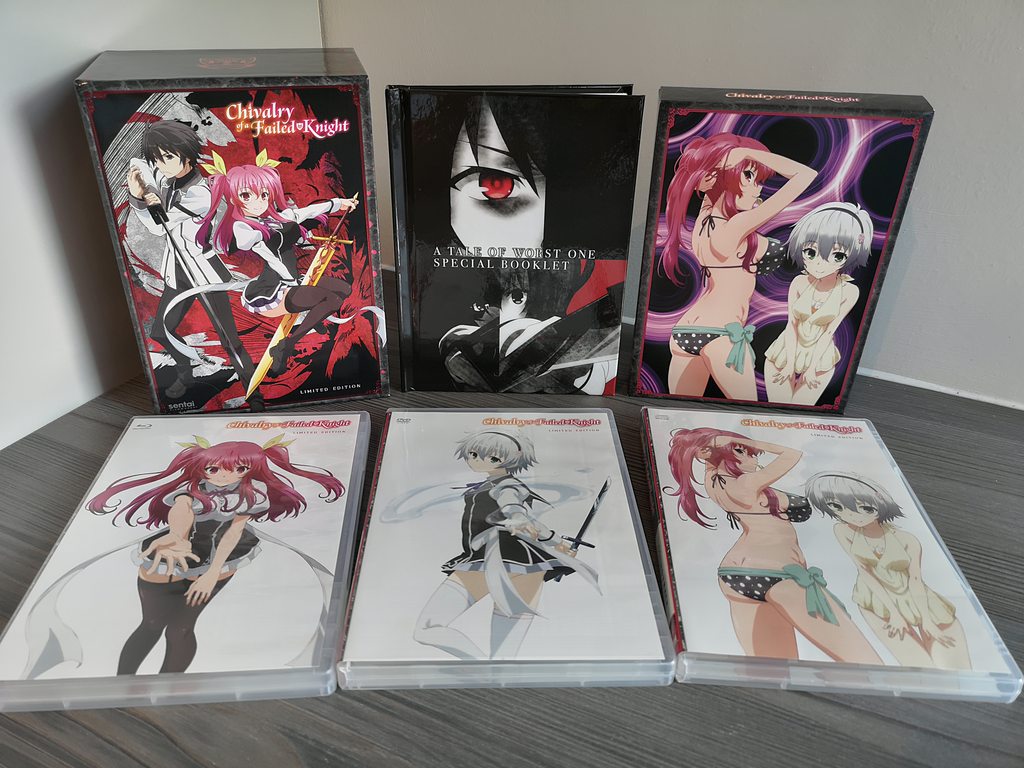 First we have Chivalry of a Failed Knight from Sentai Filmworks. This is the limited edition Blu-ray & DVD release that also comes with the soundtrack, hardcover booklet, a patch, 2 character pins, 6 art cards, and a poster. Acquired via Rightstuf for $33 during the flash sale. A pretty Stella deal. You can view more photos over on my blog. 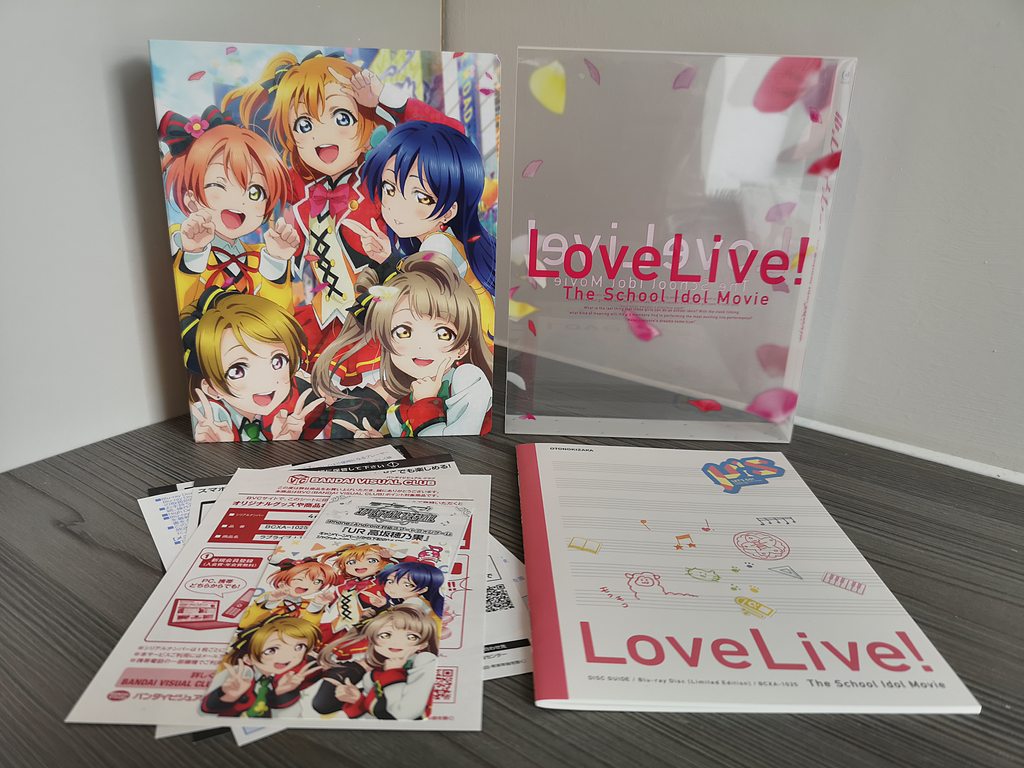 Next we have Love Live! The School Idol Movie from Bandai Visual. This is the limited edition Blu-ray release from Japan that comes with a special Blu-ray disc, μ’s original song CD, booklet and a bunch of promo stuff. Acquired via Yahoo! Auctions for 1200 Yen and via Buyee for a whole bunch of Yen (700 Yen for charges on the item order, 2200 Yen for EMS shipping, 360 Yen for Domestic shipping (from seller to Buyee) and 1500 Yen for extra protection, yeah I went overkill). In pounds, that's about £48. You can view more photos over on my blog.
A Recevied today! - Weirdly enough, Tokyo Ghoul/K were nowhere to be seen. Both orders were shipped on the same day. On another note, I got hit with customs for the RightStuf order, which was expected, I paid around £34 on Monday for them, but they still haven't released/shipped it from their customs department 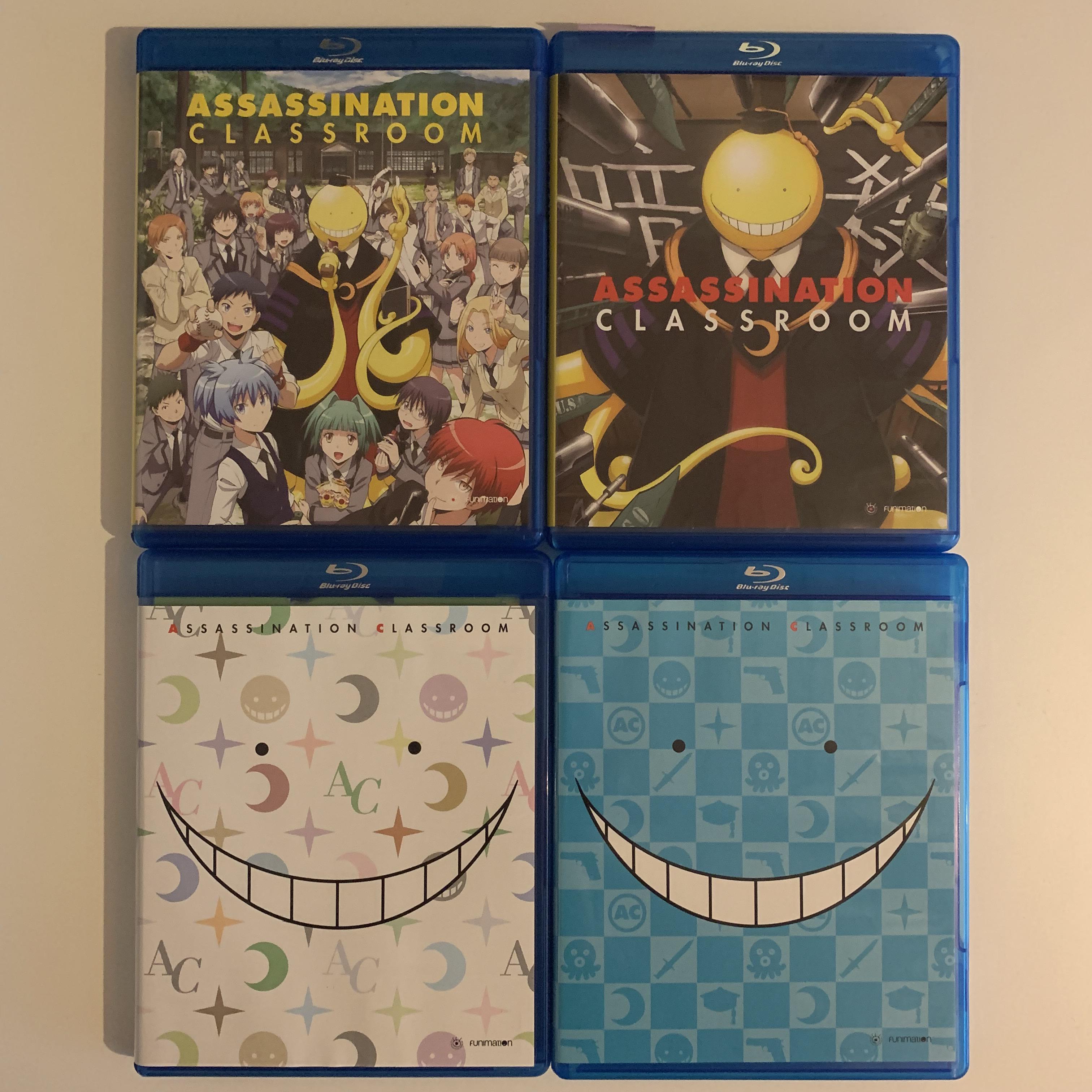 Nice, haven't built the PG 78 myself. All the PGs I've made though have been great, except the 00. Enjoy working on a PG mate

sniper_samurai said:
Nice, haven't built the PG 78 myself. All the PGs I've made though have been great, except the 00.
Click to expand...

I'd love to see some pictures of some of your kits.

Iirc, the 78 needs soldering for it's electronics as well.


Patient-X said:
I'd love to see some pictures of some of your kits.
Click to expand...

The only PG I have on display atm is Strike Freedom.

sniper_samurai said:
Iirc, the 78 needs soldering for it's electronics as well.

The only PG I have on display atm is Strike Freedom.
Click to expand...