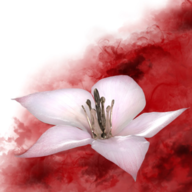 So, perhaps to confirm what seemed obvious about these new EVA dubs, particularly with 3.0 + 1.01, here's something.

Was listening to an interview with Joe Fria, the dub director for these new versions of these films and I thought this extract (that's little abridged but carries the key information) was interesting:

"The system we usually go through when we are doing a dub is we are given a translation and then we have a team of adapters that adapt the translation to our technology so it looks like it fits the mouths and it sounds like we would talk in a normal casual fashion."

"That's an artistry in of itself because you're taking something directly translated which often times can sound awkward and trying to make it sound natural."

"With 3.0 + 1.01 we weren't permitted to adapt it, so we were given Dan Kanemitsu's translation, we put that into our technology and that meant was we kinda had to work around the sync (mouth flaps). it wasn't Japans priority for there to be really good sync, the priority was to tell the story.... English dub fans want the sync to be as good as possible but when you have a company like Khara who don't really care so much about the sync as much as you telling the story we (Khara) want to tell, so you have to respect that."

Very matter of fact and also completely brutal. Khara really are not helping with this approach and it's very disappointing that this was both obvious and predictable. Sadly, it's what we got in the end.

From this interview around 3:58 https://soundcloud.com/user-979531365%2Fthe-final-evangelion-dub-director-joe-fria-interview
Last edited: 6 September 2021

Neil.T said:
Also, I listened to the 3.0+1.0 track you posted, and it brought back that incredible scene of Asuka attempting to drive a stake through the heart of Unit-13. What an astounding sequence that whole part is; it's uncompromising and brutal. Much like...
Click to expand...

I just realised I had completely forgotten to reply to this. A Last Stand should now be defined in any dictionary with the following alone: 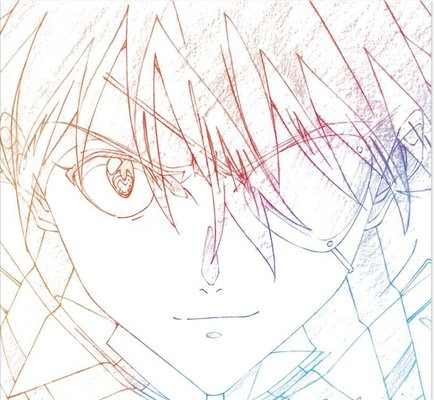 RaeDra said:
Khara really are not helping with this approach and it's very disappointing
Click to expand...

I just finished watching 1.11 in its Prime Video English-dubbed form, and... yeah; it's pretty hammy stuff.

Khara are really not helping anybody with that approach.

I listened to the key part of that interview above with the ADR director, and I'm effectively promised that 3.0+1.0 will be even worse.

It genuinely annoys me that Khara seem to be far too sure of themselves when it comes to their foreign-language (that is, non-Japanese) content to be able to bring themselves to consult native speakers. This is why we have things like Kaji's aforementioned Engrish and an elderly man who sounds much, much too young in 2.22, Mari's faulty English and French in 3.0+1.0 (the former spoken with an American twang despite her supposedly British heritage being claimed by her creators), and... the Third Children in NGE.

It's frankly a bit embarrassing on the world stage, and it didn't have to be like that.

If only Khara didn't seemingly always think that they're right. And picked someone more competent than Dan Kanemitsu to orchestrate the English dubs. 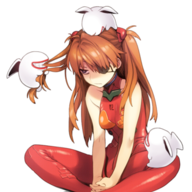 Today I won my first sketch from Evangelion 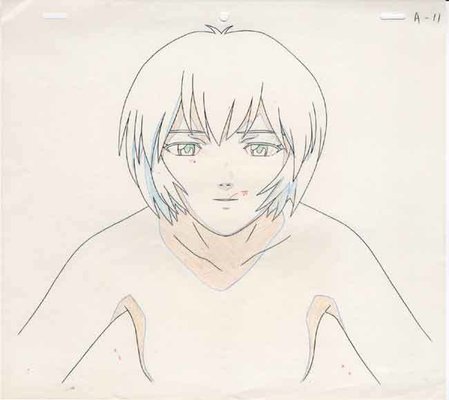 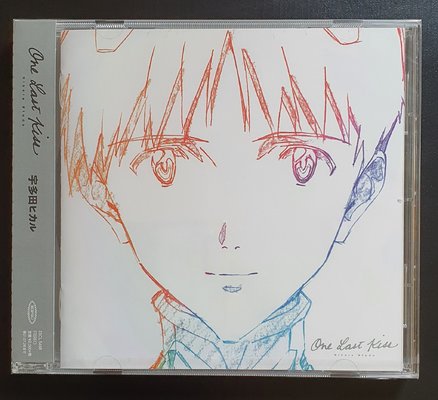 Been recently enjoying the final rebuild's soundtrack a lot, and got the above cd import off of Amazon, as I didn't expect it to be released here in my preferred cd format (thank goodness CDs are not bloody region-locked heh). However, I was pleasantly surprised to see this due out in November: 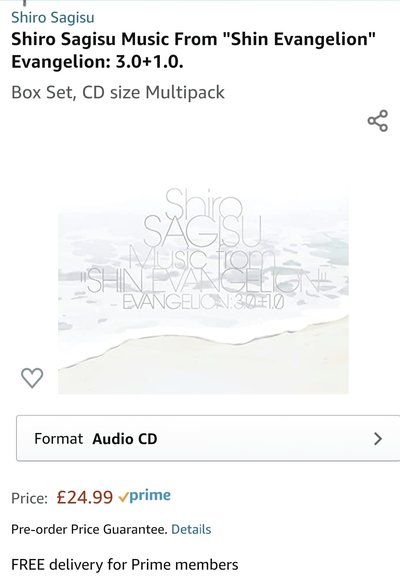 Now all I will desire thereafter will be an uber boxset with the OST of all the rebuilds in one package and this beauty that seems prohibitively priced but is probably very worth it: 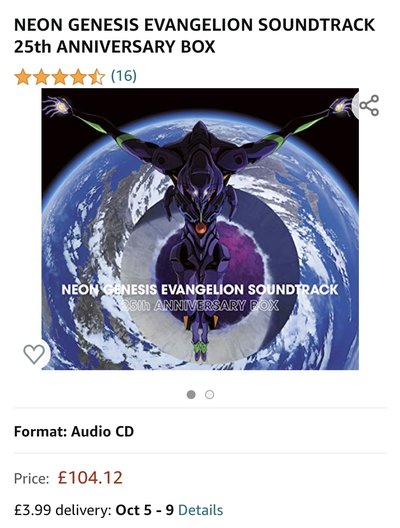 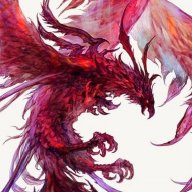 that cover illustration tho

Heheh, I take it you're referring to the 25th Anniversary boxset one. It's pretty grand in a very "welcome to the apocalypse" way isn't it?
Last edited: 24 September 2021

Have some (by very loose definition) Evangelion fan art because why not maybe? (I'm trying to sound a bit like Zoidberg since he's a crustacean, and, as such, should of course also be worshipped I was listening to Komm, Susser Tod while I made this XD). Somehow image A (which was not made by me, though I did black out the bit with swearing to try and abide by the forum rules) became image C

I traced btw, I could prob have drawn it free hand.

TBH I've seen Eva TV more than EoE, so I hadn't listened to K,ST much until now - it's really beautiful and I like the contrast between the sad lyrics in Shinji's internal mental world and the joyful musical sound cuz apparently (according to a Youtube comment) it's supposed to show that what's in your head often does not reflect reality

RadFemHedonist said:
TBH I've seen Eva TV more than EoE, so I hadn't listened to K,ST much until now - it's really beautiful and I like the contrast between the sad lyrics in Shinji's internal mental world and the joyful musical sound cuz apparently (according to a Youtube comment) it's supposed to show that what's in your head often does not reflect
Click to expand...

It really is brilliant with the supremely effective discordance, and I'm probably stating the obvious for everyone, but unsurprisingly the lyrics were written by Anno himself. On that subject, I also adore the beautiful Thanatos - If I Can't Be Yours, used for the double-helix credits of EoE in between 25' & 26'.

So I couldn't resist importing this to treat myself (been doing that a lot lately...) and was surprised that it arrived in under two weeks from Play-Asia, rather than the two months I was expecting it to take: 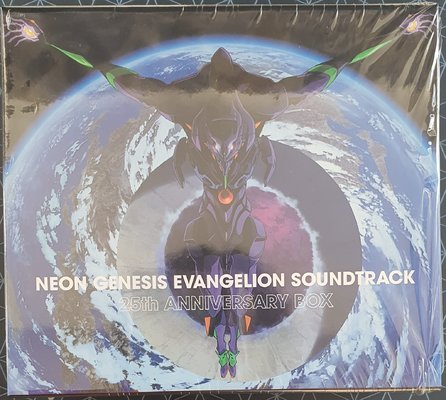 I was expecting a big boxset but fortunately it's the size of a standard cd case with a lovely digipak and a booklet composed of what I presume are the booklets included with the previous individual releases.

Was looking for photos of unboxings online but didn't find any so am including my lazy, "can just about be arsed to take them" ones here for any fans of the Eva soundtrack who may want to see if it's a worthwhile purchase: 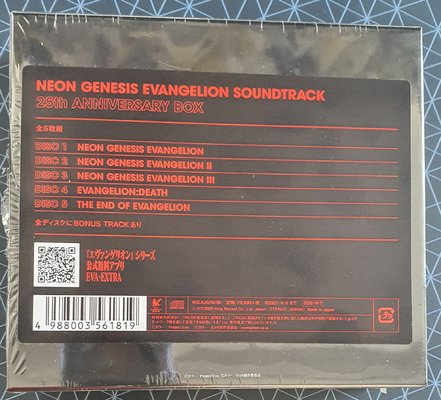 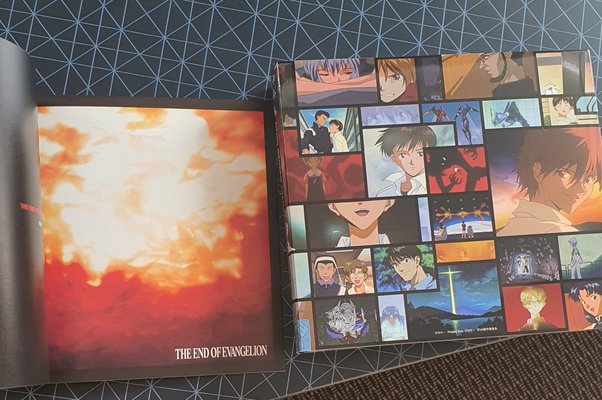 The red discs are quite pretty and I think they have a translucent effect that can't be appreciated in the photos.

Now to wait for the final rebuild's ost UK release that is on pre-order, and hoping one day we get a similar boxset of the rebuild movies osts.

It's a good thing that doesn't exist on vinyl format or I would make some bad decisions yet again!

João Gomes said:
It's a good thing that doesn't exist on vinyl format or I would make some bad decisions yet again!

My pleasure and I'm surprised it's not on vinyl! Definitely better for the wallet that way heh. 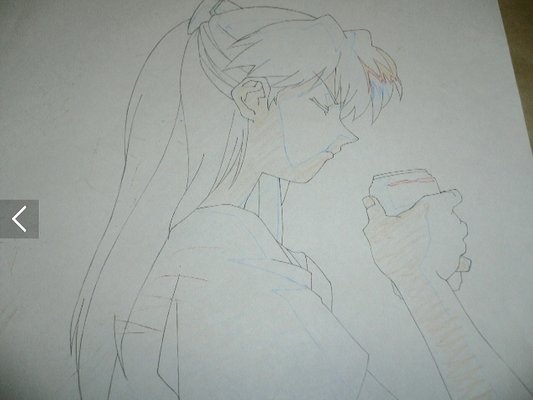 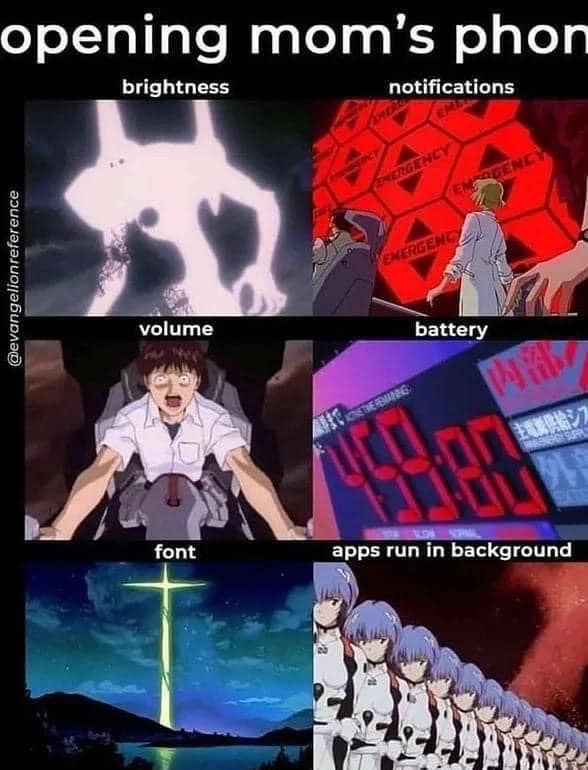 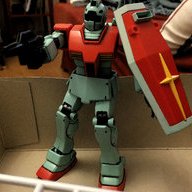 Really regretting not getting one of the super duper fancy boxes now… but money was (and is!) an issue. How bad is the Netflix dub of the tv series?

Moderator
Controversy surrounding the (Khara approved) changes to the script notwithstanding, I didn't mind it. Took a while to get used to the new voices, but it's fine. 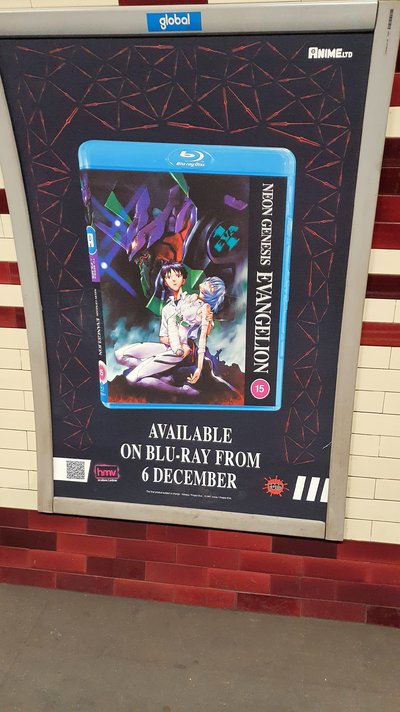 Had a good chuckle after stepping off the tube yesterday whilst literally listening to Kom Susser Tod in my earphones when confronted with this. Loving the spear of Longinus design and the publicity. My Zaavi CE also arrived today. Happy days. No money in my wallet but happy days nonetheless.