D1tchd1gger said:
doesn't Night is Short need some knowledge from The Tatami Galaxy (
Click to expand...

Not really no. I watched NiS before TG and loved it. In fact NiS is my fave Yuasa work and TG is my least fave. It's only really character designs that are taken from one to the other.

They're all at least 24 eps Dragon Maid on it's second season, Quints 2 seasons and a film to come, Demon Slayer 2 cour season, a film and a second season in coming, AoT is getting close to 100 and add a sixth season in coming to all those JoJo eps (this is the only one I haven't watched yet though).

Neil.T said:
I still think it might be better to just start a new thread to host each new simulwatch, as we've done up until this point, personally speaking.
Click to expand...

Yup, definitely agree that it is a lot easier, including for posterity, to have an individual thread for each show's simulwatch. I've personally found the older threads really handy to read as I watch along some shows that have been done, so definitely prefer that way.

WMD said:
I love Ghost Hunt and probably will watch it again around Halloween but tbh I'm not going to watch 1 epsiode a day of it. I'll either binge it or at the very least watch each arc in a sitting.
Click to expand...

Good plan, I shall follow suit. Some shows are just impossible to resist bingeing. I am randomly just reminded of Corpse Party... My spoopy anime list continues to grow!

João Gomes said:
@Geriatric hedgehog "renegade watch" is one of my favorite terms on this forum lol

I am DOWN for some criminal activity.
Click to expand...

I love meself some deviant behaviour!

Vincentdante said:
Forgive my double post but while I'm here it would be remiss of me not to bring up Fate in any capacity, speaking as the resident Fate fanboy of course.
Click to expand...

Yes please! I would love a full on Fate simulwatch and am planning to re-watching all of stay night in time for the release of the final Heaven's Feel. No way I could do one episode a day though!

Neil.T said:
Have I started a Holy Grail War by doing that?

farzam1999 said:
I’ll probably join for Garden of Sinners, if I can keep myself from watching them (only watched the first one, 3 or so months ago).
Click to expand...

I think you'd be fine to watch and then re-watch with the simulwatch. They're quite dense with a lot of jumping within the time periods so no doubt a simulwatch will really help people picking up on a variety of plot points and filling the holes.

Neil.T said:
No apologies needed, farzam. Good to have you here!

Any other takers for these suggestions?
Click to expand...

I'd probably watch/re-watch all of them.

I'm seeing more sprawling/multi-season series being added on and am wondering if, in the interests of practicality, those ones could have a modified or more relaxed simulwatch where you can watch multiple episodes a day, with some free days in between to help catch up. Just a thought. D1tchd1gger said:
They're all at least 24 eps Dragon Maid on it's second season, Quints 2 seasons and a film to come, Demon Slayer 2 cour season, a film and a second season in coming, AoT is getting close to 100 and add a sixth season in coming to all those JoJo eps (this is the only one I haven't watched yet though).
Click to expand...

I imagine with multi season stuff like AoT it would be better to split them into multiple simulwatches? That was my assumption though Neil.T said:
Aye, like I say, it was @Geriatric hedgehog who brought that one up.

Apologies I thought you were @'ing both of us to say that we'd both mentioned it. didn't want to steal someone else's credit!

Lordhippos said:
Apologies I thought you were @'ing both of us to say that we'd both mentioned it. didn't want to steal someone else's credit!
Click to expand...

Quite right, that would be very rude. Especially after you've been ruffling feathers with these renegade simulwatches!

Geriatric hedgehog said:
Quite right, that would be very rude. Especially after you've been ruffling feathers with these renegade simulwatches!
Click to expand...

Psst.. do you want to join an underground club? The first rule is that we can't talk about it.

Lordhippos said:
Psst.. do you want to join an underground club? The first rule is that we can't talk about it.
Click to expand...

I've created a strawpoll thing to see what movie people want to watch in the next week for the random/one off movie. I've never used this before but I've created it such that only people with the link can fill it in, and also made people enter a name of some kind (you don't have to enter full forum name you can use a shorthand version, but it would be nice to see who voted for what). 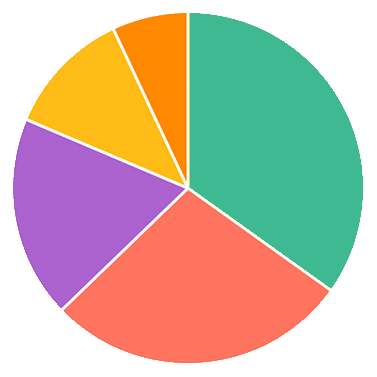 What movie to watch? | StrawPoll.com

What's your opinion? Vote now: Anthem of the Heart, A Letter to Momo, Okko's Inn, I want to eat your Pancreas, Maquia, Metropolis, Napping Princess, Ninja Scroll, Steamboy, Sword of...

Multiple choices are allowed, this way people can select more than one, will see how this goes

I am not going to vote myself as I have no idea about any of them really except for Pancreas. I will follow the votes and see what wins.

I was of a few minds thinking it could be a good opportunity to see something new, but ended up voting for one I've seen and own because there's no guarantee it would have won after all lol. Anthem of the heart winning by a smashing ONE vote!!! Amazing

In the event there is a tie, then I will do a quick Powershell Get-Random on the tied results to decide the winner, and next time we do something similar I would add +1 votes to any of the tied ones that didn't win, which would give them more of a chance to win the next vote

I will let the vote run until Thursday evening say 8PM or so before declaring results. Took me a while to catch up, so many suggestions.. I'll try and watch Barakamon and the film, I've already cast my vote.

Bugger, what I really want to watch are Metropolis (never seen but on my list for ages) or Ninja Scroll (not seen in aaaages) but I voted for movies I actually have hard copies for currently heh. Also forgot to add Jin-roh as a suggestion, D'oh!

Not a problem can add any missing ones to the next one!

A good 10 odd films I've not seen there, so I'm sure I'd do another renegade bespoke watch sometime to catch another one.

Check out what I've added to the opening post, folks:


Well, maybe we can talk about it a little bit.

The Renegade Simulwatch Club offers you an alternative to the main simulwatch schedule. Follow the link below to find out what these deviants are planning right now:

@Lordhippos: Just a suggestion, dude, but if you were to create a dedicated Renegade Simulwatch Club thread, I could change the above link to that post of yours to a permanent link to your thread.

Let me know if you do, and I'll make the necessary edit.

Letter to Momo is the DOTW quick everyone vote for that

Neil.T said:
@Lordhippos: Just a suggestion, dude, but if you were to create a dedicated Renegade Simulwatch Club thread, I could change the above link to that post of yours to a permanent link to your thread.
Click to expand...

Cheers for the offer, think it's OK to carry on discussions etc here for now, don't worry about my spamming too many of these as I suspect they will be sporadic and infrequent, certainly unlikely to spawn up more than one thing per month unless it's a really bespoke thing like a film or two.

Got the film in the next week, then Barakamon early Sep under main branch, then Shiki mid Sep, not intending to add more until Shiki is done

Looking like the choice is going to be Anthem of the Heart with I want to eat your Pancreas a close second.

The winner will become the official choice and I will create a thread and set a watch deadline of just before Barakamon starts, so probably 31/08 to give people a few days to watch it!

I'm likely to watch it either Sat or Sun as I have plans tomorrow myself.