Checking out more first volumes of manga in a Bookwalker coin back event finishing in the morning.

Yuri Bear Storm vol 1
Bear meets girl.
This is very random, just when it seems like it'll settle down something comes out of leftfield!
Apparently it got an anime adaptation! Only 3 volumes, so I'll finish it off.

Love in Hell ch 1
Seems randy enough and quite humorous. The female is petanko rather than ginormo-boobed that you normally get in ecchi stuff, which is refreshing.
Again only 3 volumes.

D1tchd1gger said:
Checking out more first volumes of manga in a Bookwalker coin back event finishing in the morning.

Yuri Bear Storm vol 1
Bear meets girl.
This is very random, just when it seems like it'll settle down something comes out of leftfield!
Apparently it got an anime adaptation! Only 3 volumes, so I'll finish it off.
Click to expand...

Wait do you mean Yurikuma Arashi? Yeah that's a Kunihiko Ikuhara show (Utena, Penguindrum, Sarazanmai), and I really enjoyed it a lot, the story is meaningful under all the apparently crazy stuff

RadFemHedonist said:
Wait do you mean Yurikuma Arashi? Yeah that's a Kunihiko Ikuhara show (Utena, Penguindrum, Sarazanmai), and I really enjoyed it a lot, the story is meaningful under all the apparently crazy stuff
Click to expand...

Ah yes, checking again the anime is the original version. Heard their stuff gets a bit random.

Blue Lock volumes 1-3 - Bought up some of this in a recent Kodansha sale after enjoying the first few episodes of the anime. Will definitely be buying more because the artwork is fantastic and I like the overall spin on the sports genre the premise has going for it. Anyone else watching the anime atm will want to pick up the source material up after.

An Introvert's Hookup Hiccups: This Gyaru is Head Over Heels for Me volume 1 (LN) - Enjoyed the first volume of this. The main couple starts dating due to a dare, but they have good chemistry and it's the kind of fluffy romance I like following so I'll continue with this one.

Peddler in Another World: I Can Go Back to My World Whenever I Want! volume 1 (LN) - Another of the recent JNC licenses I have enjoyed. This one I thought would just be a silly story of someone making money in another world (he can come and go and finds selling mundane things from Japan will make him a lot of money there!), but it ended up being fairly emotional and even has elements of being a "kingdom builder" since his actions are improving the way of life in the village. So again, will be continuing onwards.

Burn the House Down volume 5 - It felt like we were getting into the endgame this volume, but there are still three books to go so it had to figure out a new way to spinout the drama. I do hope we get the live-action drama they're making because this is definitely a series that will be well suited to a TV format.

Demelza said:
An Introvert's Hookup Hiccups: This Gyaru is Head Over Heels for Me
Click to expand...

From the title it sounds like a My Dress-Up Darling-a-like, and from your description it just has a different initial event to kick off the relationship?

D1tchd1gger said:
From the title it sounds like a My Dress-Up Darling-a-like, and from your description it just has a different initial event to kick off the relationship?
Click to expand...

Ghost In The Shell: The Human Algorithm vol 1-3
Its always so good to have new GITS content! And this new ongoing manga is excellent. Conveniently these 1st 3 volumes cover the first case precisely so its an excellent time to jump in and read it! It's by Junichi Fujisaku who was one of the writers on the original Stand Alone Complex series and it shows he knows how to handle these characters.

It's set after vol1.5 of the original manga so the Major is still MIA and in fact its a clue about her that kicks this case off. There's a new member in the team: Tsunagi and she's awesome. Togusa teases her much like Batou used to tease him which is quite fun to see. She's also made pretty integral to this first case, especially on an emotional level which really works to bring her into the fold.

The story is exciting and fast paced. At the start the team is split on separate assignments and story bounces back and forth so everyone gets some time. Although Togusa, Batou and Tsunagi and the mani characters here, Saito is especially well served in this case with plenty to do which is also nice to see as he's great.

Overlord vol 4&5 audiobook
Into the second series stories now. I'd argue that the Lizardman story fares better here than it did as the start of a series but its fun to get a proper outsider's perspective on Aniz and his crew. Book 5 is one of my favourite arcs of the show. It is brutal but Sebas is a great character and I love the way he interacts with others taking absolutely no nonsense but also being caring to those who need it.

In Another World With My Smartphone ch 72

That Time I Got Reincarnated as a Slime ch 101

The Rising of the Shield Hero ch 92 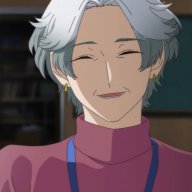 AUKN Staff
If you're looking for yet more manga reviews and recommendations, have you tried Katherine Dacey's weekly Manga Review from the excellent Manga Bookshelf site? We're always thrilled when our reviews are included - and it's a really useful source of information about what's going on in the world of manga (in translation).

AUKN Staff
The Legend of Zelda: Twilight Princess volume 10 - One volume to go, the end is firmly in sight!

Wandance volume 1 - Not sure what to make of this one yet. The art is great and I like the premise, but I worry the characters will be a bit... one note going forward. At the very least it felt a little difficult to get attached to the characters, which is a shame. I'll pick up a couple of further volumes at some point anyway and see where it goes.

Isekai Tensei: Recruited to Another World volume 2 - It's a shame the art for this one isn't better. Often it's hard to tell what's happening, which is not ideal!

The Conquerer from a Dying Kingdom volume 2 (LN) - I really liked Volume 1 of this series, but Volume 2 kept time skipping after setting up some interesting plot points and then never going back to explain what happened. I'm going to give Volume 3 a chance to restore my faith in the series, but if it does the same thing I will probably drop it there.

The Great Cleric volume 10 (LN) - Caught up to the Japanese releases for this one, feels like we could be reaching a conclusion for the series in general (although I don't think the web novel is done).

She and Her Cat (novel, complete) - Review on the site.

Usotoki Rhetoric volume 1 (reread) - Likewise, review is already available. Had a blast rereading this one, some excellent dorky energy.

The Savior's Book Café Story in Another World volume 4 - This one continues to be a cozy read as the MC tries to live a peaceful life while getting dragged into the wider problems of the kingdom. I think there's only one more volume available in Japan and it may be finished in that one, which feels like it will not be the end of the story on the whole but we'll see.

Dragon Daddy Diaries: A Girl Grows to Greatness volume 4 (LN, complete) - 4 Volumes feels like the perfect place to end this story of a dragon and the human daughter he's been looking after. I'm a big fan of author Ameko Kaeruda's work and it was nice to see them branch out into a new genre as opposed to sticking with the Yuri/GL stories (not that there's anything wrong with those of course!). Looking forward to seeing what they write next that's for sure.

A Man and His Cat volume 7 - Kittens! Now 7 volumes in I think mangaka Umi Sakurai knows how to weave together the emotional human drama with the more carefree daily lives of the cats. Certainly, we're a long way from the days when Sakurai repeatedly hammered home the point of how important Fukumaru was to Kanda and gets these sentiments across in other ways.

The Ancient Magus' Bride volume 16 - Happy I picked this one up in the end now it's starting to get to the point of this whole arc and move away from this stuff I've been enjoying less. Seven Seas are actually quite behind with this now, there are a further three volumes out in Japanese so if they can blast through those we may even see the end of this arc entirely.

Super Hxeros volume 9 - Three more volumes until the end, not entirely convinced this one has three volumes of plot left to tell! Will be interesting to see how the author decides to drag it out. Speaking of dragged out, I am particularly tired of Hoshino and Retto not getting together. They know they like each other and it has been that way for three whole volumes now. We really need movement!

Matcha Made in Heaven volume 1 - A new josei Kodansha digital debut. The premise is pretty fun, a woman runs away from her stalker ex back to her home in the countryside. Only she returns to find things have changed dramatically, her brother now has a daughter and the stern-faced stranger running the family's tea farm! Things are only made worse when the stalker shows up and she declares she's married to this man, something she can't easily back out of now her brother's daughter is attached to the idea... It's not particularly rooted in reality (the stalker scenes are quite unhinged), but as far as 'fake romance' and family life stories go, it's certainly not bad. I'll certainly read Volume 2 to see where things go for our plucky protagonist.

AUKN Staff
Tower of the Sun (novel, complete) - Review on the site

My Next Life as a Villainess Side Story: On the Verge of Doom! volume 3 (complete) - This was a fairly entertaining spin-off to the popular series and even though it didn't run for that long it feels like it ran its course.

Kono Hon wo Nusumu Mono wa volume 2 (JP) - Another delightful volume of this fantasy series. Hoping it'll get licensed in English soon now we're at a couple of volumes since I think it would certainly have fans in our market.

Der Werwolf volume 15 (LN) - The author confirms in the afterword that Volume 16 will be the final one, which I am fine with given the main story finished a few volumes ago and we've been in an 'after story' arc. 16 isn't even out in Japan yet though, so will be a while yet until we have to say goodbye to this one for good.

Even Though We're Adults volume 5 - A much cheerier volume than the previous one, which is nice because these characters are good and they deserve some small happiness in their lives amidst the ongoing drama.

Adachi and Shimamura Light Novel Volume 1 - @Dai I really enjoyed this thankyou for recommending it, the writing style is so beautiful as you said!

Spice and Wolf Light Novel Volume 16 - Happy to have finished the main storyline, now onto the epilogue and the spring log, it's been a very worthwhile journey

Inside Mari Volume 1 - I am hoping to find the time to binge read Volumes 2-8 soon and eagerly await the release of Volume 9, I'm instantly hooked!