YouTube are getting in on the act of Originals: 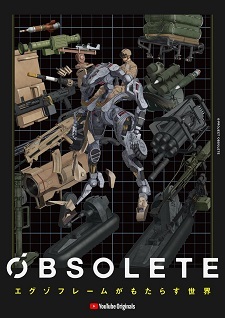 MAL teams up with HiDive

The business side of MyAnimeList and anime streaming platform, HIDIVE, have just announced a new partnership. If you've already subscribed to HIDIVE, this means you'll no longer need to search MyAnimeList to find the score of HIDIVE titles you may be interested in watching—the MAL score will now... I'm glad Kimetsu no Yaiba is getting a sequel but I would prefer a second season. For a battle Shounen it's pretty good

Surely it should be called Isekai Quintet now.

How? They've pretty much removed the main story from the first series.

Well the purpose is to sell the books so if you have to read the book to understand the Committee is happy.

AUKN Staff
It must be shifting a lot of books to get a S2 after that train-wreck of an adaption... I guess it has been popular as well by virtue of being terrible, so thats probably helped.

Demelza said:
It must be shifting a lot of books to get a S2 after that train-wreck of an adaption... I guess it has been popular as well by virtue of being terrible, so thats probably helped.
Click to expand...

Considering how quickly it was announced it may have already been too far into production to cancel it.

sniper_samurai said:
Considering how quickly it was announced it may have already been too far into production to cancel it.
Click to expand...

It hasn't been given an estimated season to air in yet, so it could easily be like Konosuba where it did so well they rushed to green-lit it.

AUKN Staff
Well one of the biggest problems with the anime adaptation was that they basically started from scratch after how badly handled the character designs were, so hopefully now that they have a second season greenlit they can amend some of the mistakes that were in the first season. The biggest issue was the overuse of CG which was unpolished and the adaptation rushing or cutting tons of content that should have been kept in.

It's a weird experience because if you went into Arifureta without reading the source material you might find better enjoyment than those like myself who had already read and knows what happens. I still didn't mind the anime in the end, but I just wish that they had put in proper effort in what should have been one of the biggest shows of the Summer season (it was also literally one of the most anticipated adaptations in recent years).
You must log in or register to reply here.
Share:
Facebook Twitter Reddit Pinterest Tumblr WhatsApp Email Link
Top