Professor Irony said:
going through the manga again, there are a few bits of dialogue that feel kind of non sequitur-like and that just made me wonder if maybe the translation was less than stellar.
Click to expand...

If you come across any other peculiar things, Prof, do feel free to bring them up. I'm by no means an expert, and I'm sure some of the language in Shirow's work must be quite technical and complex, but I'll certainly have a good look at it.


Professor Irony said:
the recent collector's edition being its first printing in the original right-to-left format
Click to expand...

You know, funnily enough, I did notice that, despite your photo being of the original "unflipped" layout, the driver's seat of the van is on the opposite side compared to the '95 film. In fact, Kusanagi is sitting against the opposite wall, too.

Moderator
There are a couple of strange bits of dialogue I noticed (in particular, a couple of pages prior, the same conversation between Togusa and Kusanagi has a comment about a woman's age being much higher than Togusa realised, and it isn't clear who he's talking about), but unfortunately, that bilingual copy isn't mine and I don't like bothering them for another photo. It looks kind of like that edition is in a larger format than my physical copy though, so I might consider picking it up anyway. The English typesetting is a bit ugly and the script appears to be an older, unedited draft (by Frederick L. Schodt, no-less), but it contains additional footnotes from Shirow about various bits of tech, so I could probably justify it to myself.

Notably, it's also uncensored, should anyone be looking for that. All fun and games at work, had this little visitor show up in the control room No idea how it got in as we don't have any doors and windows open (must have a hole somewhere). Getting it back outside was a chore.

Professor Irony said:
the same conversation between Togusa and Kusanagi has a comment about a woman's age being much higher than Togusa realised, and it isn't clear who he's talking about
Click to expand...

Ah, yeah. That sounds like a pretty common way that translation from Japanese can sometimes run aground. Japanese often omits pronouns as well as elements "understood in context" from sentences entirely, so if the translator isn't following things properly they can quite easily get a bit lost and end up having to just fudge something in order to have something to submit to their client. You can end up with some very unsatisfactory translation work from that.

That's my guess at a possible cause not knowing the full context, anyway.

I've finely put up my pictures out side my bed room in the hallway. The thunder is a lie.

Plenty of clouds and a bit of rain now and again though.

Umiko said:
The thunder is a lie.

Plenty of clouds and a bit of rain now and again though.

I know right? It’s like they want to wind me up about reviving my monster

Question for anyone who uses Netflix

How do you stop it auto-closing out of the movie or recommending something else as soon as the credits start?

Turning Autoplay off seems to have worked
Last edited: 16 August 2020

Has anyone done Sashiko? I've only found out about it as I was looking for cross stitch starter kits and this popped up.

So this made my day recently. I tweeted about watching both the original and CG reboot of Inspector Gadget and look who liked it. If you dont know who Cree Summer is.......well shes a longtime VA since about the early 1980s (fun fact her dad Don Francks was the voice of Boba Fett in the animated segment of the Star Wars Holiday Special). Penny from Inspector Gadget was I think her first role but shes been Elmyra in Tiny Toon Adventures, Foxy Love in Drawn Together, Catwoman in DC Super Hero Girls, etc. Shes someone who I can legit say was a big part of my childhood. Its also not the first time we've crossed paths on Twitter since I tweeted months ago about learning that she was Kim in The Care Bears Movie, which I watched as a kid

this was at my local park and was there that night judas priest put on a good show.
Last edited: 22 August 2020 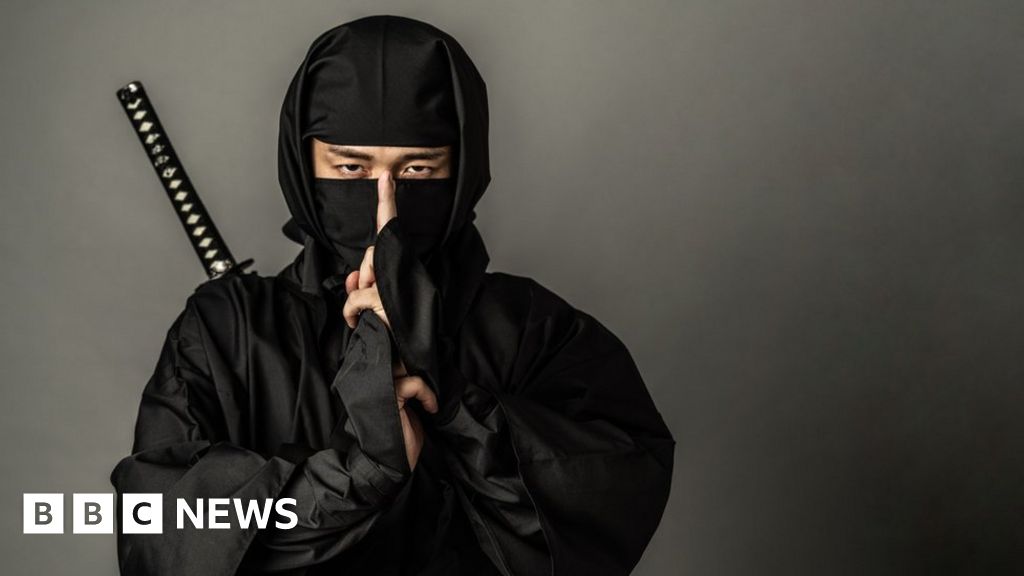 A ninja museum has been raided in central Japan, with thieves making off with more than 1m yen.

A ninja museum has been raided in central Japan, with thieves making off with more than 1m yen.

If irony was chickens, the price of KFC would crash right about now

anyone else use the ebay saved search daily email thing and getting stuff bypassing the filter? i have a couple of movies set to blu-ray but for the last couple days i've had emails full of dvd listings despite the saved search on the site showing only blu-ray when i go to it

this is the cat that comes to be fed we don't know if it belong to some but its very clean and very shy and we nick named it jo because we dont if its a he or a she. AUKN Staff
Does anyone have a good (and ideally fairly compact) TV Soundbar recommendation for around £100 or less?

This Video indicates it’s region A only going by the Region on the back cover.

HWR said:
This Video indicates it’s region A only going by the Region on the back cover.
Click to expand...