Neil.T said:
Is this a new US Blu-ray? Any chance of it getting re-BBFC'd and released here, maybe? Whose release is it?
Click to expand...

HWR said:
Yeah it’s getting a release from Funimation in the US. Not sure if it’ll be Region free or not. I hope it can get a release here in an uncut format.
Click to expand...

Best Buy over here in the US has an exclusive Paranoia Agent Blu-ray steelbook releasing on 13 October that I have on pre-order. Didn't even know it was coming out on Blu-ray here until a week ago, let alone in a steelbook release. I do have the AU DVD box set in my collection, but I'll be looking forward to it on Blu - and in steel! 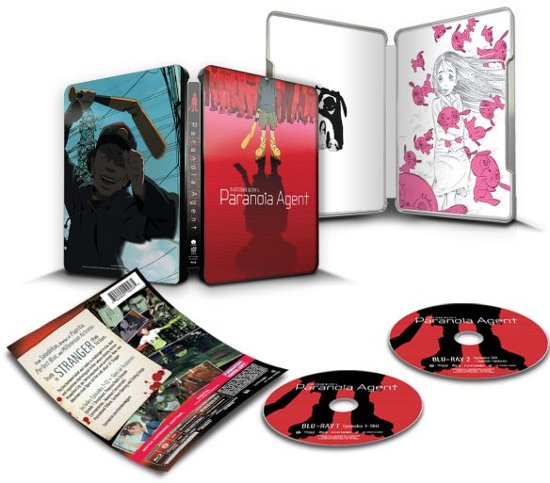 WMD said:
In principle I'm happy to go into it straight after Lain
Click to expand...

I've updated the table in the Paranoia Agent thread for a start date of Tuesday 28th July. The Lain simulwatch ends tomorrow, 26th.

@WMD: What say you, sir? It's looking like it's only a two-man effort this time.

Neil.T said:
I wouldn't say it's insensitive at all; I think that's very respectful, actually. I've got the UK DVD of the film and its sequel, and I've only seen them once each, so it would also be an opportunity to watch them again.
Click to expand...

I'd certainly participate in a discussion of Barefoot Gen; I don't think it's insensitive, a number of films are getting re-releases to coincide with the anniversary. It would be more interesting to pair it with other works that are Hiroshima bombing / war themed in order to compare/contrast how they approach it, but I'm drawing a blank right now on anime rather than live action

Yami said:
It would be more interesting to pair it with other works that are Hiroshima bombing / war themed in order to compare/contrast how they approach it, but I'm drawing a blank right now on anime rather than live action
Click to expand...

I can think of Grave of the Fireflies and Giovanni's Island for war-themed anime. Both are excellent, too.

@WMD: What say you, sir? It's looking like it's only a two-man effort this time.
Click to expand...

Sounds good to me.


Yami said:
I'd certainly participate in a discussion of Barefoot Gen; I don't think it's insensitive, a number of films are getting re-releases to coincide with the anniversary. It would be more interesting to pair it with other works that are Hiroshima bombing / war themed in order to compare/contrast how they approach it, but I'm drawing a blank right now on anime rather than live action
Click to expand...

In this Corner of the World, Momotaro, Mobile Suit Gundam Thunderbolt, Wings of Honneamise, She the Ultimate Weapon are a few that spring to mind

In this Corner of the World and although it skips the war itself The Wind Rises is a good lead up film.
So at least 6 films there.

Also Voices of a Distant Star fits the war theme

Momotaro, of course! I've got AL's CE, and I've only seen it the once. That's an actual piece of real wartime propaganda, too.

(And for that reason, it's also the only entry on my MAL that I cannot/will not give a score to.)


D1tchd1gger said:
although it skips the war itself The Wind Rises is a good lead up film.
Click to expand...

How did I miss The Wind Rises? How?? It's my favourite Ghibli film, for crying out loud!!!

I'm ashamed of myself.

I think we're talking about the actual WWII based films. Not films that are based on fictional wars.
Like I said the 75th anniversary of the bombing of Hiroshima (6th August) and Nagasaki (9th) are coming up, with VJ-Day on the 15th.

I was specifically drawing a blank on anime that specifically dealth with the atomic bombings rather than the war in general (of which I can think of many), but point taken!

There's one called Nagasaki 1945 that I've never heard of before

D1tchd1gger said:
I think we're talking about the actual WWII based films. Not films that are based on fictional wars.
Click to expand...

True but several posts said war themed so I threw a bunch in.

Also the original Mobile Suit Gundam series pointedly made comparisons to WWII. I think it's something that still pretty interesting to see how shows can take real world events and transpose ideas and themes from them into fully fictional stories.

Momotaro: Sacred Sailors, Barefoot Gen, Barefoot Gen 2, Grave of the Fireflies, The Wind Rises, Giovanni's Island, In This Corner of the World...

Is there some potential in this idea?

I certainly do; they all deal with the war from different angles and in different ways. It would be interesting to watch and discuss.

Neil.T said:
Momotaro, of course! I've got AL's CE, and I've only seen it the once. That's an actual piece of real wartime propaganda, too.

(And for that reason, it's also the only entry on my MAL that I cannot/will not give a score to.)
Click to expand...

I’m the same way, I choose to view it as a historical artefact of sorts that has significance, but not a piece of media I could ever enjoy on a personal level.

Found another one. YouTube recommended me another video from STEVEM who talked about it: 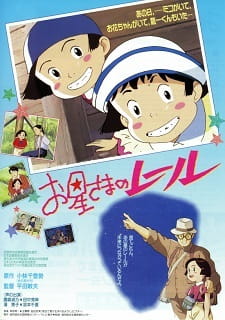 This is the autobiographic tale of Kobayashi Chitose, a young Japanese girl growing up in a Japanese-occupied North Korea. As World War II progresses, Chitose begins to realize that her family will not be able to escape the effects of the conflict. From the simple disappointment of not being...

myanimelist.net
It's about the Japanese occupation of Korea and the aftermath as the country is split. Sounds like a high seas job and I've found it on YouTube, but I'm not sure if others won't to go there.
I also found on YouTube: 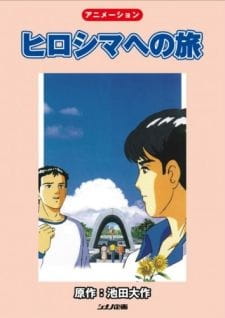 To spend the summer vacation, junior high school student, Kazuki rides a bullet train to Hiroshima to stay with his aunt. Arriving in Hiroshima, his aunt narrates the tragic past of what happened the day the atomic bomb fell. From the aunt who had to overcome a lot of hardships, he learns the...

myanimelist.net
A high schooler visits Hiroshima and hears about the past from his aunt. It's an OVA the length of a normal episode.
Also, Letters from Hibakusha:

Short animation describing the feelings of the victims of Hiroshima's Atomic Bombs.

myanimelist.net
Three shorts based on letters from the victims. These are on the NHK Channel, so here's a playlist:

Anime shorts based on letters from victims of the Hiroshima atomic bomb.

There seems to be loads of educational shorts of which this is supposedly the earliest dated 1978, which also can be found on YouTube: 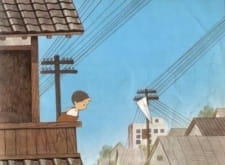 An animation documentary describing the tragic consequences of the A-bomb explosion in Hiroshima on August 6th, 1945. The flash of the A-bomb, 100 times brighter than the sun, is called "PICA", and the enormous shock wave which came right after the flash is called "DON". At the time this film...


Yami said:
There's one called Nagasaki 1945 that I've never heard of before
Click to expand...

I couldn't find that one, bar a few clips, even on the ship I sail the high seas on the odd occasion, but I did find this. It seems more of a documentary using diaries, but using anime rather than live action: 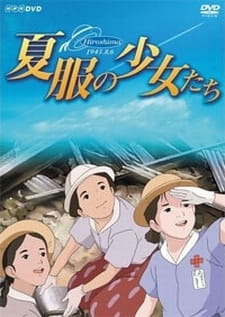 In 1945, the second and third-year students of a Hiroshima girls' school are taken away to work in war factories. The remaining 220 girls of the first year try to make the best of their new-found status as the only teenagers in an almost deserted town, even amid the deprivations of wartime. On...

I guess there's only so many war/depressing films one can take, so I'm not sure if you want to add any of these, but I just thought I'd list them.

Moderator
When I saw the theme, that Rail of the Star came to my mind as well, but I don’t think it’s ever had more than a VHS release in English and most comments I’ve seen suggest it’s kind of middling. Thematically, it sounds surprisingly close to Millennium Actress though, so that might have made for an interesting comparison.

Can't sleep again, so I thought I'd put a plan together, trying to get it roughly in chronological order.
Hopefully those taking part in the other one don't mind it clashing a bit?

August
1st The Wind Rises - Mostly pre-war
3rd Momotaro - Produced during the war (as this is fairly short, any other short pieces you want to watch at your discretion)
6th Barefoot Gen - Obvious reasons
9th In This Corner of the World - As Nagasaki isn't represented, this is set near Hiroshima and touches on the bomb!
12th Grave of the Fireflies - Technically, technically, opens post-war, but majority set during in flashback.
15th Giovanni's Island - Actually opens in the September of 1945.
18th Barefoot Gen 2 - Set 3 years after events of the first film.
21st Rail of the Star - As I haven't seen it, I'm not sure how much is during and how much is after. But as it gets to the Korean War which started in 1950, it goes the furtherest past WWII.

I've resolved all but one of the date clashes with the Paranoia Agent simulwatch from my end, but could the date for Barefoot Gen 2 be shifted back one day to 19 August? That would prevent the final episode of the Kon series being on its own after a gap.

AUKN Staff
I think the idea of watching several WW II themed anime could be interesting. Just a thought but is there any interest in watching one or two non anime films to go alongside these?

I think, with a 2 day gap, people could watch it as and when they want. When I make the thread (tomorrow, as it's a day off) I could put a date range rather than one specific date.
I'm not sure if I'll be commenting on the films much like a normal simulwatch, but rather a bit of history research (like what I did with The Wind Rises, if you remember), which might take me a bit of time.

Sure. What ever you want really, but probably put any discussion under a spoiler button.
I was thinking of Empire of the Sun, which is the only one I have, but then seeing what else is out there on legal streaming.
I'm assuming that there'll be some documentaries either new or old on TV as well.