^
Hey! The title of this thread viewtopic.php?f=5&t=15159 was worth the price of admission alone :lol:

I think it's the best one I've done yet. It works on many levels :lol:

That one was actually surprisingly civilised for an online religion debate. It also demonstrates why I like conversing with you Vash, because you don't take offence easily or make arguments personal, which is exactly what I hope this thread stays like as well.

The Tories really are scum No surprises there.

st_owly said:
The Tories really are scum No surprises there.
Click to expand...

A spokesperson for Boycott Workfare, a grassroots organisation that has campaigned to stop forced unpaid work schemes, said the move was disgusting. They added that they were shocked that Labour was supporting the move.

"This is almost unbelievably disgusting. They [the DWP] broke the law, now they want to retroactively change the law so that they didn't break the law
Click to expand...

Everything about this is sickening. This country is politically diseased and the disease that is that is the major political parties needs to be cut out and disposed of as befits bio-hazardous waste. Where's our champion? They can't be long in appearing, surely (awaiting the inevitable picture of Nigel Farage, posted just to piss me off). 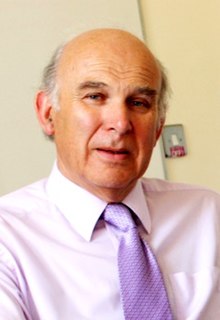 Oh Vince. Fool me once, shame on you. Fool me... you can't get fooled again.
G

st_owly said:
The Tories really are scum No surprises there.
Click to expand...

Can't say I'm surprised Labour are backing it. Little known fact about New Deal is that part of it was a mandatory placement of 13-26 weeks with a 'training provider'. You were then paid £60 a week and had to do 30 hours work a week, minimum wage in this country £6.19 an hour so you do the math. Right the way through leading up to it and actually doing the placement you were always told that this was going to be the best thing to do get you a job, it was experience and there was a good chance you'd be taken on if you did good. What actually happened was you were seen as free labour that was a lot cheaper than actually hiring someone so that was one less person in employment just to make the government's unemployment policy look a bit better and there was no chance of you getting hired as the company could just get another person in from New Deal to do the same job you did. The geology graduate that sued the government is not an exceptional case even when times were good and we were living in the house of candy and fun (built on quicksand).

So now you know where IDS got the idea from but hey at least it'll get wasters (because that's what you are when you're unemployed) into work! 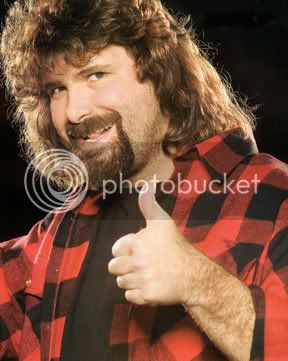 In other news: Quatermass and the Pit is happening.

In other news, how dare they not predict the future accurately?
G

From what I understand every time this has been tried it's gone horribly wrong but then again the old saying is "if you don't succeed then f*ck it!"

ayase said:
In other news: Quatermass and the Pit is happening.
Click to expand...

Was to be expected when digging underground, all those bodies from the Black Death would have been buried somewhere.

Send the Time Team in

£10,000 personal allowance next year, beer duty down by a penny and fuel duty rise scrapped.
M

The only good thing in that budget is the one thing the Lib Dems were insisting upon; the £10,000 personal allowance.

And encouragement for people to take out huge mortgages with tiny deposits in order to purchase massively overvalued properties! Hooray!

I mean, it's not like anything even remotely resembling that particular set of circumstances has caused enormous damage to the economy before, right?

ayase said:
In other news: Quatermass and the Pit is happening.
Click to expand...

i saw the black and white film of that and i will say it is creepy, saw the colour version and it wasn't soo creepy, this film is going to be a disappointment. the original is better

This is the thing that has kept me happy.
G

I think I've worked Kim Wrong Un out. His missus has a bun in the oven, this means at some point Dear Leader will have to learn how to change and dispose of nappies, Dear Leader obviously thinks this is beneath him but his missus is insistent that he learn. So he figures if he goads America into flattening his house then he'll be killed, won't have to change nappies and his child has a great anecdote to tell about him.

While I think we're better off together, I don't begrudge the people of Scotland a vote on independence. After all, what's the point of having governments unless they're carrying out the will of the people? A government that acts against their people's wishes is no better than a dictatorship. The argument from so many people that "They shouldn't have a vote because the result might not be the one I'd like" is one of the most ridiculous I've ever heard - Should we just stop having elections altogether in case your side loses then?

My main concern is that I'm from that forgotten land in this debate, the North of England. We have more in common politically and economically with Scotland than the South, and if they leave, we'll be stuck with Tory government for ever (and later turned into slaves and probably ultimately hunted for sport) so please Scotland, stay in the union and stay on our side. My other idea was that together we form the Republic of North Britain, with a border running from the Mersey to the Humber via Sheffield. The people on BBC Have Your Say didn't like that one.

I don't think Scotland can survive for long as an independent nation. We rely too heavily on tourism, fishing and oil. The oil will obviously run out and we all know how tourism reliant Greece ended up. Our IT industries are developing nicely, as well as a potential big deal with Amazon to host their main data centre here. However, I don't think the IT industry here is big enough to sustain the country. Not to mention I'm concerned about how much money would be used for legal fees and other expenses in fighting with England over who gets what if Scotland do leave the UK.

I believe Scotland will be better off remaining as a part of the UK.
M

Of course Scotland would be better remaining part of the UK, and the UK as a whole is better for having Scotland remain a part of it. I don't blame them for considering leaving though; as far as the UK is concerned, England is really letting the side down. Just put the Scottish government and the Welsh Assembly in Westminster and get rid of the current lot, and the whole UK would be better for it.
You must log in or register to reply here.
Share:
Facebook Twitter Reddit Pinterest Tumblr WhatsApp Email Link
Top