I've been asked to assist with a project at work in the main office for the next 2 weeks.

Time to make a good impression and to shine

(Only downside is that it's an hours drive each way, but at least they are paying for my fuel, so i can't really moan about that)

After 18 or so months without playing any pool I managed to do a few good rounds, getting down to black v black (all coloured balls potted) on 3 matches [winning 1 outright, winning 1 by default and losing 1 by default [potting the white as well]), normally I was a bit rubbish.

But I can't bowl
G

I haven't played proper pool in ages, plenty of Virtual Pool in that time though. When I first installed the new(ish) one I spent a good hour or so fiddling with the mouse and FOV settings just too get it to a similar state to my view when I'm actually playing proper pool.

What is the difference in how US and UK pool is played?

We have different coloured balls.

plus I think there's a few different rules here and there, though at my local they have an old, thin billiard table. Where you hit one ball, to sink another and score points that way. A bit more complex to standard billiards

Is what we call snooker what Americans call pool?
G

st_owly said:
Is what we call snooker what Americans call pool?
Click to expand...

Snooker is it's own bespoke game away from Pool. In Snooker the aim is to score points until your opponent concedes due to having no realistic chance of winning the frame (ie you're further ahead than there are points on the table and he needs a stupid amount of fouls to come back).

In American Pool there's a variety of different games with differing objectives. For example in 9 ball the aim is to pot balls 1-9 (American Pool balls are numbered 1-15. Balls 1-8 have solid colour schemes while 9-15 have stripes for the purposes of playing 8 ball) from lowest to highest, although you can pot any ball (except the cue ball) you want during a shot as long as you hit the lowest numbered ball first and don't foul. If you pot the 9 in this manner you win the frame automatically.

Then you've got stuff like Rotation which is a similar idea but the aim is to score 61 points or more before your opponent (sometimes lower depending on fouls), you score points based on the number on the ball you pot but you must hit the lowest numbered ball first. One Pocket requires you to nominate one of the two corner pockets nearest the triangle and then pot eight balls into it before your opponent does in the opposite pocket. Sounds easy enough but it's very slow, very tactical and is a real thinking man's game.

Since someone mentioned Billiards I might as well draw attention to what's known as Artistic Billiards. The aim in one form of billiards is to hit two balls with your cue ball in the same shot (your opponent's cue ball and the object ball). Sounds easy right? There's only three balls on the table and one's your cue ball. (One player gets the white as cue ball, the other gets yellow). Artistic Billiards takes this further; it requires players to duplicate a given shot exactly as it's laid out. Again sounds easy but these shots require players to use extreme amounts of spin, cue power and masse (curling the cue ball after striking it) in order to accomplish them. It is a nightmarish game to even attempt to learn let alone come close to mastering. Hence why people who play it generally don't play other games even if they're also Billiards.

Yes I'm a bit of a cue sports nerd.

Are you familiar with Bar Billiards at all? My parents have a table, so I grew up playing that.
G

The one with the holes and bumpers? I know of it but have never played it and I've only seen pictures of the table.

st_owly said:
Are you familiar with Bar Billiards at all? My parents have a table, so I grew up playing that.
Click to expand...

This is exactly what I was on about, I tried a bit of it on my own but not with someone else yet. I found it a bit complex about the innings business

st_owly said:
My parents have a table, so I grew up playing that.
Click to expand...

My parents had a table, and I was rightfully scolded whenever I treated it as a plaything.

I've had a day out at Twickenham today, for the rugby sevens, great day out 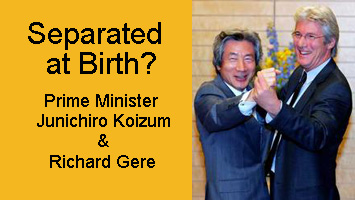 AUKN Staff
Yesterday I was called into an informal 1-on-1 meeting with my manager, which was actually a 2-on-1 with my manager and the department's de facto 2nd in command. Basically I was told that while I was really good in my first 2 weeks, my work has slowed down and I've lost motivation and I need to work on it.

Except today, I was given a copy of notes typed up from the discussion and had to sign it. That doesn't sound like informal procedure to me.

Also, I was told off about using my phone. I was doing my work, but sending an occasional text to my friend as she was texting me, really upset because she was unwell and her work wouldn't let her leave. I explained this but they still didn't care. Yet other secretaries are allowed to have full, personal phone calls on their desks! What the heck? And they mentioned "internet use"....I was on Sky News ONCE and they already told me about it at the time >>.

A large house spider (either a tegenaria duellica or a tegenaria domestica) has taken what I hope to be a temporary occupancy of a crevice close to my lavatory. Since Sunday night it has been patiently awaiting the passing-by of suitable prey, which, alas, is in short supply in such a location. This misguided resident remains quite obdurate in its current station.

Have you threatened it with a rolled up newspaper yet?

@Josh - That doesn't sound good. Hypocrisy at its finest.

Brandishing a newspaper would be morally insensitive. The animal in question is almost certainly illiterate.

Zin5ki said:
Brandishing a newspaper would be morally insensitive. The animal in question is almost certainly illiterate.
Click to expand...

....think of me what you will, I find the shows' daftness quite hilarious

Good to see the UK finally getting a release of Futurama series 6, it's only been out in America for 18+ months.