Lambadelta said:
in maybe 30 years we'll have it all on BD.
Click to expand...

In 30 years I'm sure they won't even be making Blu-rays any more...

Discotek Media almost certainly have the license and will be announcing this weekend Street Fighter II V for a SD-BD release after a twitter tease. The film will also receive a new digital transfer. It was once distributed by Manga Entertainment and was dubbed back then. It is unknown if they will include the old English dub for the eventual home video release.
Click to expand...

I was going to share my disdain over not one person celebrating the return of City Hunter's sexual harassment and, instead, having an actual text conversation about Non ******* Non Biyori instead. Then I saw this post, and... <^.^>

I have that old Manga release of Millennium, slipcover and all. The video quality is gash. To think I'll get it on BD, alongside my Maquia & Bluebirdy releases from Eleven/Shout~

So the 29 episode SD-BD was Sorcerer Hunters TV(26eps) + OVA (3eps). Oh well, hopefully Street Fighter II V will come eventually, definitely a show I want to add to my collection.

Giant Robo will probably be coming this year which is very exciting, also another Lupin Special, this time from 2010 which is cool

Oh, Ayakashi on Blu-ray. Too bad Mononoke's license is probaly (?) still locked, having the Bakeneko arc and Mononoke together makes a whole lot more sense. (As the JP BD box, which I own, has collected it like that.)
Honey and Clover is also nice, hopefully BD. I got the Viz ones shortly before they went OOP, but I somehow still haven't opened them yet...

AUKN Staff
The US Nozomi version for Maquia just got released and I didn't realise it was a close replica of the Japanese Blu-ray LE set (outside of the disc transfer etc.). 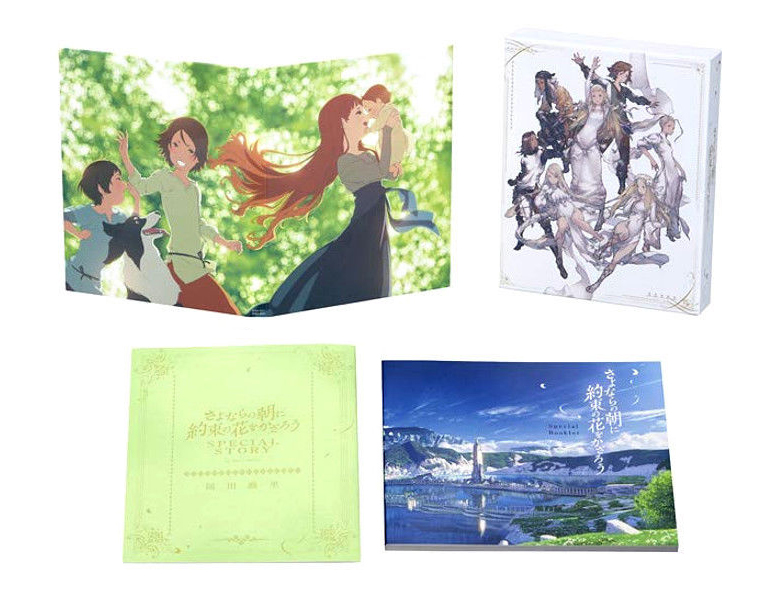 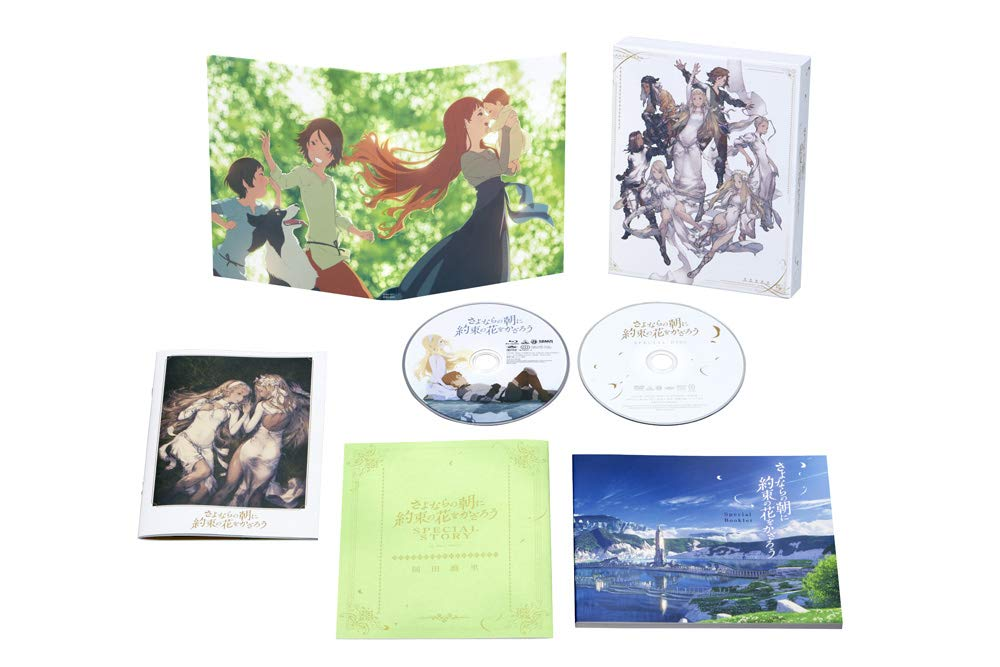 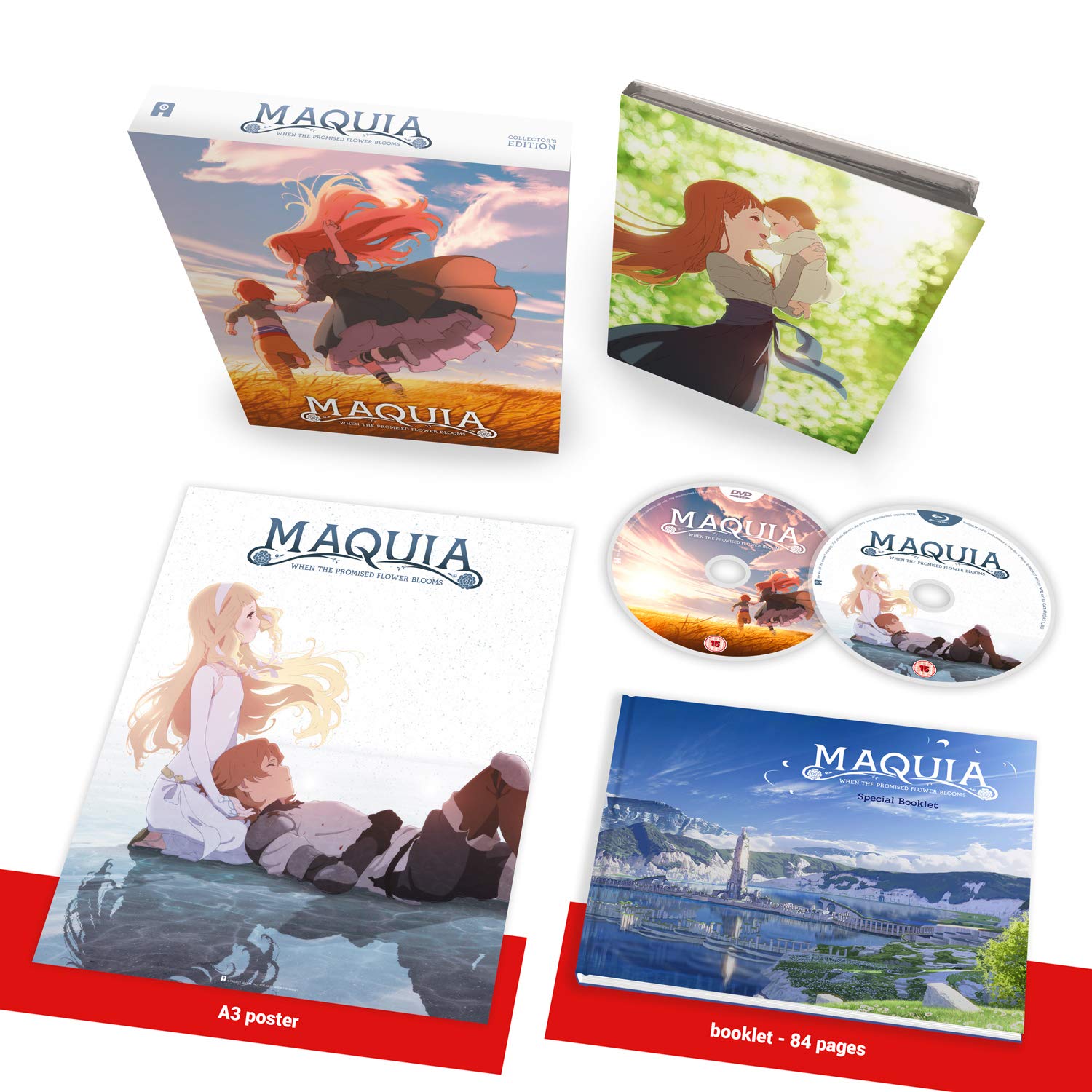 US LE contents:
US LE on-disc contents:
In the Japanese version of the set, they also have a Theater Brochure included. Disc features are identical outside of the US getting their own trailer and English dub on the theatrical feature.

The Nozomi version will have locked subtitles during playback but the subtitles are not hardcoded in comparison to the Shout! Factory release.

The UK version is vastly different. The DVD disc is in PAL format while the Special Story was exclusive to early bird pre-order owners during the Christmas sale. The main artwork for the special box is different due to AL. AL's on-disc extras is just trailers.

So, the tltr of it all is we're better off importing the US LE for the on-disc extras? Weird that the UK version is so different, artwork and all.

Regarding Discotek's upcoming releases, I'm still waiting for updates regarding their upcoming SDBD of Juspion, which was announced last year. The only thing I know regarding the release is, and this I knew immediately after the announcement, that Discotek are using fansub translations, with full permission from the group (who won't be named on the forum) who handled the translation, as a basis for their own subtitles (the group had taken down the DLs to encourage people to support the official release, as would many tokusatsu fansub groups do whenever an official release is announced).

This wasn't the only time an official release used a fansub translation for the basis of their own subtitles, Shout's release of Ohranger did that too, however, unlike Discotek with Juspion, Shout used the translations without permission from the group (a different group who, once again, will not be named on the forum).

If there's anything I said that shouldn't be said, feel free to either edit this post or delete it as appropriate, and my apologies in advance.

New trailer for Shinkai's latest film. Looks absolutely stunning! SPOILER warning if you want to go in with zero knowledge of the plot:

Evangelion getting a priced down release in Japan in Eight volumes and a new BD BOX.
Still no EN Options but its now even more tempting.

I'd assume with Eva getting a more common/wide release. We'll see a english friendly release in 1-2 years after those
A

Moderator
Digital Media Rights have placed a small batch of older titles on Prime and intend to release them to Asian Crush / Midnight Pulp over the next few weeks. Titles are: