As a somewhat silly suggestion I think it'd be pretty funny to see Sakamoto from Havent you heard I'm sakamoto. Watching him coast through the layers as the dominoes fall perfectly for him and carnage rains down all around him would be entertaining.
Click to expand...

Dude just backflips orby... any relic bondrewd uses the guy is already behind him.
Bondrewd isn't even mad. Actually, bit of a volume 5 spoiler but bondrewd is never mad - he seems generally impressed by efforts to defy him

Sakamoto is an amusing idea. I can imagine him turning up at the bottom riding one of the most fearsome beasts down there

I'd suggest Koro-sensei from Assassination Classroom. I mean, he'd reach the bottom in like 10 seconds...

Just drop a Gundam down there, job done!

Arveene said:
Sakamoto is an amusing idea. I can imagine him turning up at the bottom riding one of the most fearsome beasts down there

I'd suggest Koro-sensei from Assassination Classroom. I mean, he'd reach the bottom in like 10 seconds...
Click to expand...

While teaching class...
Orby doesn't predict him because well, he's too fast, bondrewd didn't even notice he was there... I suppose the light of returning essence Could Work on stopping his regeneration, but that would assume that someone using it could keep up with him, most of the characters we've guessed can't.

Korosensei pops back up just as fast and is not human, so he isn't affected. He just randomly shows his class some weird relics and calls it a history lesson...

I'm gonna throw ryuko matoi in there, post king of the hill natural elections, when her and senketsu have much of their abilities. Even with erica mendez's dub, she seems incredibly aggressive, would probably choose to fight much of the threats chasing her rather than try to slip by them.

she'll use senketsu shippu (gale) to just fly past the third layer, but I imagine the splitjaw would notice that, but it's too aggressive to turn back from something countering it with aggression, so it gets a scissor blade to the face. Senketsu covers for any point ryuko has to ascend as he doesn't suffer the hallucinations, but she does.
Getting to orby, there's actually a few things ryuko can do, the orb peircer can see what effect ryuko's and possibly senketsu's consciousness has in the abyss, but ryuko is far more reckless than most of the things that come his way, ryuko also has life fibres in her body, so she can just leap towards the orb peircer's spines and regenerate any damage, shippu could be useful and make it look like the naturals election fight against nonon, ryuko's life fibres yet again negating the bleeding curse.

That, or she just suicide jumps at the peircer's spines and goes senketsu senjin (blade) and cut off a good chunk of those spines, regardless, it'll end in sen-i-soshitsu with orby losing virtually all of his spines, or dead.

Layer 5, if she has to ascend there she depends on senketsu's senses again, as for bondrewd ryuko again is too aggressive to simply slip by him, especially when she learns the kind of stuff volume 5 reveals, how will it end?
I'm thinking top ten anime battles there

both have lots of options to fight each other, not sure which will win but with the essence of returning light, ryuko could lose a limb or two - permanently, limiting the options she has in a fight.

If she ever makes it to layers 6 and 7, her own life fibres Yet again Would mean she isn't affected by curses that would affect someone more human

sorry for the essay, teacher!

Well if we are now turning to name people who would reach the bottom without any issue whatsoever then Saitama from One Punch Man. I defy anyone to make an argument against

Awesome just got an email from Amazon telling me Made in Abyss 6 has been sent to my kindle. I know what I'm doing after work.

Welp it has been a month so I will start talking about the new volume in a way that won't spoil anything.

The 6th layer is fascinating to me, it is very much a trip into the unkown from this point on and the peril is at it's highest it has ever been. Plus one part from this volume that was actually in the anime has has alot more context here
The whole birthday disease subplot where they take Kiyui to the boat

Time to bump this thread. Made in Abyss volume 7 is officially out. I got it on my kindle again.

Trailer for Bondrewd the movie.


I am excited to see this arc animated and even more excited for reactions from folk who haven't read the manga.

So the film is getting some more goodies it has been announced. They are making some short tie in stories which will play before the film. I do enjoy these kind of things. It's a pity we of the english speaking variety of human will probably be waiting a while before we can watch this. 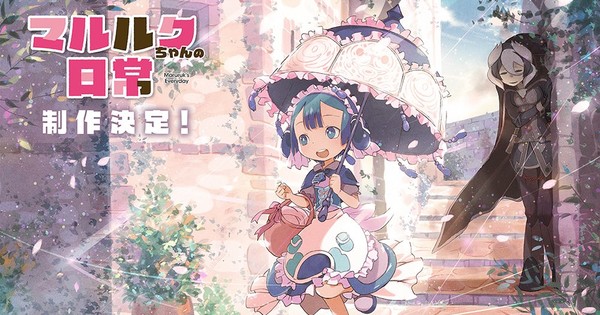 Once Bondrewed has won his oscar for best dad in movies I am wondering what is next. I am not sure there is enough material in the Manga for another season yet.

I do feel there will be a season 2, they'll announce that they want to do it, but it'll take a while for Akihito to give them enough to work with

Captaaainuniverse said:
I do feel there will be a season 2, they'll announce that they want to do it, but it'll take a while for Akihito to give them enough to work with
Click to expand...

Yeah I think you are right, apparently the guy is pretty slow at releases which is the only problem. What is it with me and picking Manga with long hiatuses lol.

Vincentdante said:
Yeah I think you are right, apparently the guy is pretty slow at releases which is the only problem. What is it with me and picking Manga with long hiatuses lol.
Click to expand...

Hmmm... it may not be that. You may just have an influence on mangaka

mangaka wakesup one morning - oh s*** @Vincentdante started reading my series! Better slow it down to 1 chapter a year

Captaaainuniverse said:
Hmmm... it may not be that. You may just have an influence on mangaka

mangaka wakesup one morning - oh s*** @Vincentdante started reading my series! Better slow it down to 1 chapter a year
Click to expand...

So what is your favorite currently running manga again?

Hmm currently running... might be Berserk lol with recent stuff in AoT though that’s pretty close. Only others I’m waiting to get volumes released on is Land of the Lustrous, Abyss, City and Mars Chronicle the arc in the past few volumes is actually pretty good

Apparently a second season is coming! What fantastic news to wake up to

I was thinking it might be another movie sequel at first since there's only 15 chapters after the film arc so far but since the chapters have gotten slightly longer, these chapters actually cover 3.5 volumes which is what season 1 had.

Im expecting great things from both!

Fan service and its appropriateness
2