French editions to be published 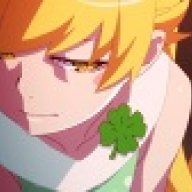 Not really, around 70 millions peoples speak French in Europe (France ~ 65 million + Less than half of Belgium ~ 4 million + less than 1 million in Luxembourg)
All of them combined is still less than just Germany, and you have to add Austria, etc.

You can add Switzerland, but they speak, French/German/italian and I don't know the % of each.

Whilest the French market is small, it still seems bigger than Italy and Spain combined.
Both only get a selection of high profile titles and a bunch of random stuff. Even if titles get licensed, not all are getting discs (e.g. Overlord was released streaming-only in Italy)

see: Anime in Deutschland – 10 Jahre nach dem Crash
Second image shows the amount (hours) of dubbed anime on home video per country in 2018, excluding re-releases, dubs produced by/for TV-stations and Netflix originals. US, UK and France also got an amount of sub-only DVD/BD not included in this list.
(First image shows the same for Germany 2007 - 2018)

@Luna: In Germany you'll get charged around 7-11€ per episode (70-120 GBP per cour) for new releases.
I guess the problem with sub-only releases in Germany is, that they would have to compete with lower priced UK-releases.

France + Belgium + French part of Switzerland? (I'm not counting Monaco and Luxembourg )
Meh, I don't think all these countries together gets as many weeabs as Germany.
R 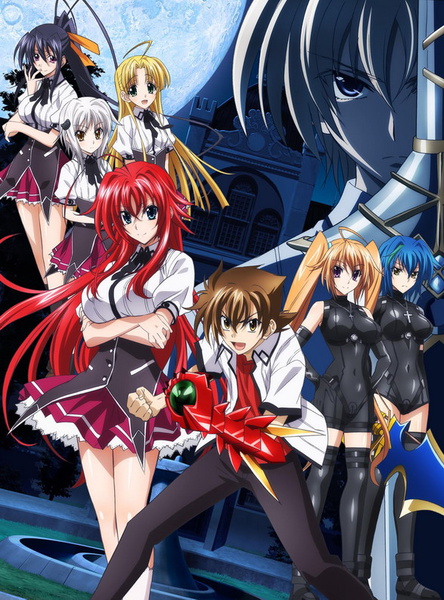 Question:
As far as I know, every release by Kana until now was dubbed in French - these will be sub-only, DVD-only and missing Season 1+2? Why?

High School DxD is a good seller in the US and seems to sell at least above average in Germany. Is the French taste that different?
I mean Kana even released dubs of Endride and Concrete Revolutio.

I'll make a terrible comparison but if you look at the french manga market, ecchi doesn't seem huge in France (for once they're good at something). It does sell to some extents but like… DxD was an okay seller for Panini Manga, nothing more. 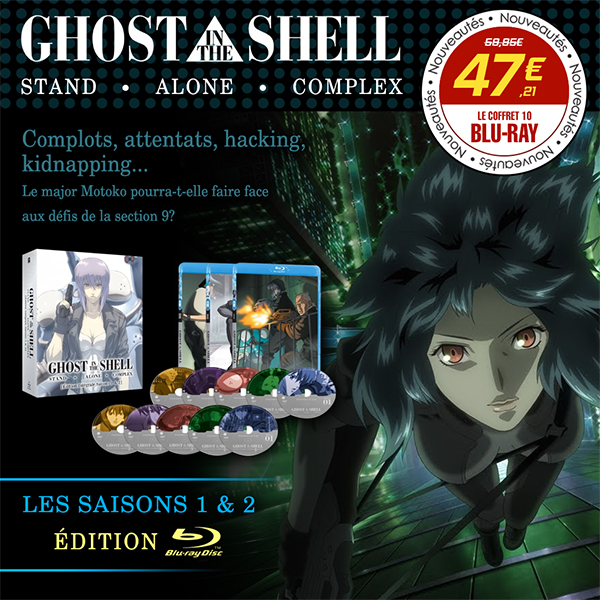 If they had chosen the same cover as the CE (or what manga also used for their SE), I may have gone for it. Looks like a nice compact box with some artwork. (Except that I don't like the box artwork all that much.)

It's not "really" a box, it's a very very very cheap piece of cardboard with 3 amarays, nothing else, don't exept a rigid box, it's like a Funi slipcover (even cheaper in fact) but with the opening on the side. 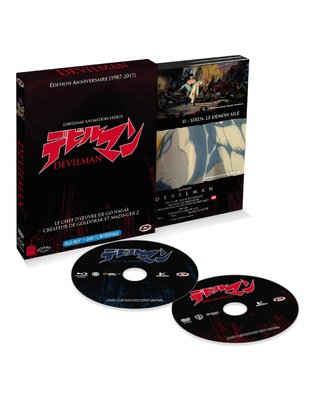 Contains both The Birth and The Demon Bird on both DVD & Blu-Ray.
It -should- have a rigid box as it's listed as a Prestige boxset.

Does anybody know how Sarazanmai fared for Wakanim? My best guess is probably not too well, but still curious if there is any infinitesimal chance of a release in France. (Don't really bet on Funi doing a nice LE given Yuri Kuma Arashi didn't and how they botched the dub already with that "otterly sexy"...)
Last edited: 26 June 2019

https://twitter.com/i/web/status/1142186568435867648
has some snippets. It's not bad across the bank (Mabu is pretty fine and Enta also sounds ok, Kazuki seems to be a mixed back.) And while it's in general pleasantly surprising that they actually put the effort of dubbing the songs...
That Otterly sexy just absolutely lost me. I really don't know how they got from Kawausoiya onto that Otterly sexy. (But then still kept the soiya?) It's not like the show doesn't come with some sexual undertones, but blurting it out like that is just...
Also it doesn't help, that Reo's voice doesn't seem to have any of the energy of the Japanese one. Miyano Mamoru level probably isn't so easy to replicate (though not impossible given Steins;Gate's English dub). But Reo's role is easily the most demanding role of the show later on, while the English one in the snippets isn't convincing to me whatsoever.

(Meanwhile German simulcast translation turns the Sarazanmai in the last episodes title as "I have my plates full", which makes me speechless, too... Alongside other smaller weird things like translating hope into wish. Whyever they didn't translate that literally but did for shirikodama (which could go as a proper noun due to being a thing in folklore) that became "anus beads"...)

I'll just say : don't expect any releases for that serie from France, not now and not anytime soon.
I'ts not the kind of serie that does very well in term of audience + it's an Aniplex title, wich is most of the time a problem for the french market (exept big big big seller serie, like SAO, etc)

Ow, I guess, that was to be expected... (Even though, Utena seemed to have done well enough back in the days to get some re-releases at least and Mawaru Penguindrum also made it over even if just on DVD...) Too bad, from the 2-3 episodes I watched with Wakanim subs those seemed pretty good.

Didn't know that Aniplex titles were a problem in France. oo Is this also about the fear of reverse importing or just simply that the market is so weak that sales wouldn't stand the licensing demands?

Welcome to the NHK (Collector's Edition A4 - DVD - Black Box) 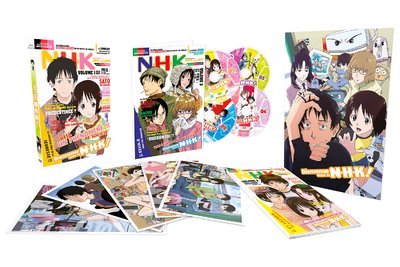 It's mocking people magazines, the design is quite excellent imo.

Liz and the Blue Bird CE from Eurozoom 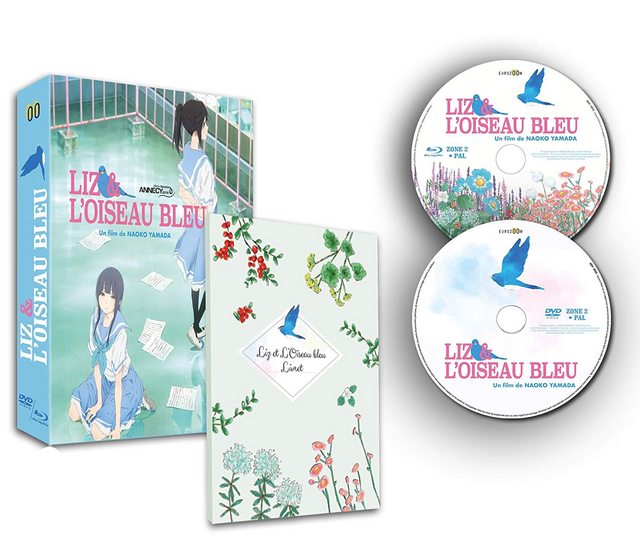 Does somebody know if the French Monogatari releases have the character commentary audio line included? (Going by Anime-store's description, probably not?)

No. The additional A/V content are: opening/ending without credits, promotionals and eventually the omnibus episode (for the series that had one).

The physical extras are: a few postcards and a booklet for each boxset. Unboxing video
Last edited: 28 December 2019