Administrator
It's the final match of the quarter-finals. Sousuke has battled his way through harem leads and set the war on panties back several years, while Kino has been warming up for the finals by crushing cute girls, samurai and Light Yagami. Which of them will make it through?

Voting period: From now until 23:59 on Sunday 22nd November. Votes posted after this time will not be counted.

He's not a nerd, he's a specialist! The one-man army and ace mecha pilot who causes havoc trying to be a high-school student and bodyguard. Sousuke is the main character of the series, pilot of the Armed Slave ARX-7 Arbalest, and bodyguard to Kaname Chidori... whenever he isn't getting beaten to a pulp by her instead.

Determined to see all she can of the world, not form attachments and largely content to let people be, Kino has a true traveller's soul and understands so much because well, she sees so much.

Kino has travelled a lot further than I ever imagined in this character battle. Let's see just how far - First vote for Kino.

Not seen FMP, so Kino gets my vote by default.

I haven't seen either but I think I'll go Sousuke.

Administrator
Sort of sore about Kino kicking one of my nominations out but I'm going to vote for her anyway!

My vote goes to Sousuke

I vote for Sousuke

My vote has got to be for Sousuke Sagara.

I like Sousuke and he's got the hype with the FMP Ultimate Edition but Kino is a really great character.

With Kino having done this well, I wonder if Anime Limited will look at releasing a new Kino's Journey collection with the extra episodes. I'd imagine there'd be at least seven or eight people here that would buy it, that should be enough right? Blu-ray would be nice but I don't think there's one in Japan.

Smeelia said:
With Kino having done this well, I wonder if Anime Limited will look at releasing a new Kino's Journey collection with the extra episodes. I'd imagine there'd be at least seven or eight people here that would buy it, that should be enough right? Blu-ray would be nice but I don't think there's one in Japan.
Click to expand...

If they could get the "movies" (they seem a bit short to be called that really, but that's how they seem to be referred to) and some nice additional content I would be very much down for that. And maybe an artbook. 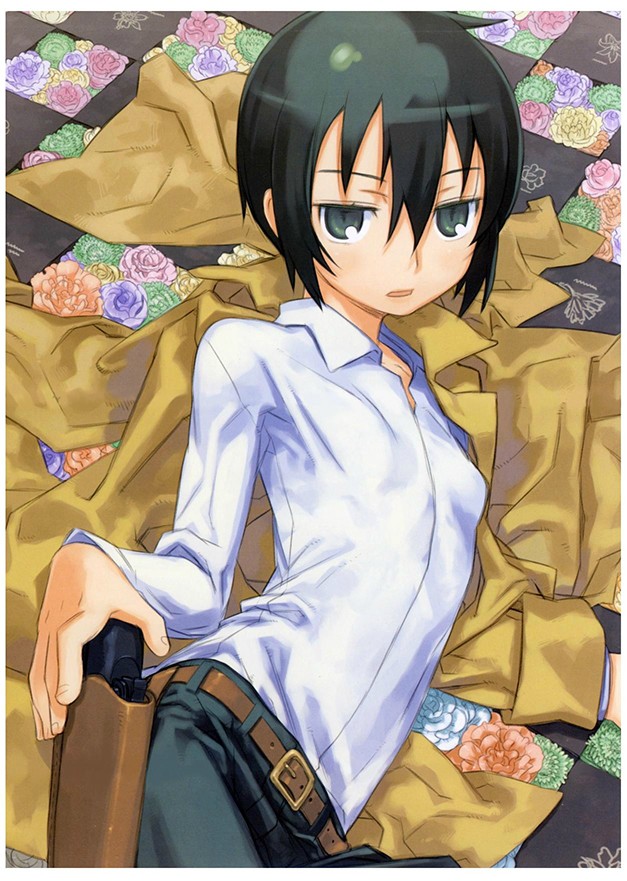 Sousuke Sagara gets my vote

My vote is for Kino.
C

Sagara gets my vote.

I vote for Kino

I vote for Sousuke Sagara.

Administrator
Erm, I think this is currently a draw, so I'm leaving it open for late voting. I'll reevaluate every midnight until there is a decisive winner, or until I have to come up with some creative solution because it's holding up the semi-finals ;p