farzam1999 said:
Didn't notice there was a Asian Cinema thread here! I though I might get in on it, some of you may have noticed I like Jackie Chan and Hong Kong movies. But I do have som questions. I recently got into older Japanese movies, I've watched about an hour of Seven Samurai, and want to watch the rest on blu-ray.

Is the UK version okay to get? - I don't watch extras, so the Criterion version seems a bit unnecessary to me, since it's has just a bit better PQ.
And there are some others I want to get, but don't know if they are must haves:
Rashomon
Harakiri
A Touch of Zen (not JP)
Dragon Inn (not JP)

What are your thoughts on those? - I would like to get the UK versions, as it seems a few of them have better PQ than Criterion.
Also my brother is actually making custom Asian Cinema Collection blu-ray covers, let me know if you would like to see them!
Click to expand...

I have the Criterion release of Seven Samurai, so I can't comment on the BFI release other than that I've heard the PQ is inferior. If you're willing to accept that, then I'd probably go for the whole Kurosawa Samurai Collection. Kurosawa's Ran is also available on Blu-Ray.

Those four films are all must haves. As are quite a lot of the Asian films released by Masters of Cinema and Arrow to be honest.
Last edited: 28 May 2018

AUKN Staff
I'm reviving this thread because I forgot we had a topic focused on Asian cinema!

I also wanted to remind folks that Arrow Video's Buy 1 Get 1 Free sale concludes on Monday 15th July, and they have a number of Asian titles (primarily Japanese films) included in their offer. The offer ranges from £15-18 for single films, £25 for three film sets, and £40-50 for limited edition box sets.

Here is the list of films offered:
The following are also available to buy on their website, but are NOT part of the Arrow sale:
I should also mention that Blind Woman's Curse supposedly had a stealth re-issue to improve the transfer of the release, therefore if you order through Arrow's store you'll have the newer version. The code on the disc which is based on the newer version is A0102432897-A511 1000.
Last edited: 14 July 2019

AUKN Staff
Very short notice, but Eureka Entertainment also has a sale going on that finishes on 15th July at 9am BST (aka tomorrow morning!)

Here is the list of films offered:
And while these lots aren't included in the sale, they were distributed by Eureka. Note that some are no longer in print:

AUKN Staff
Looks like we have ourselves our very first Asian film to be released on 4K Ultra HD in the UK region. 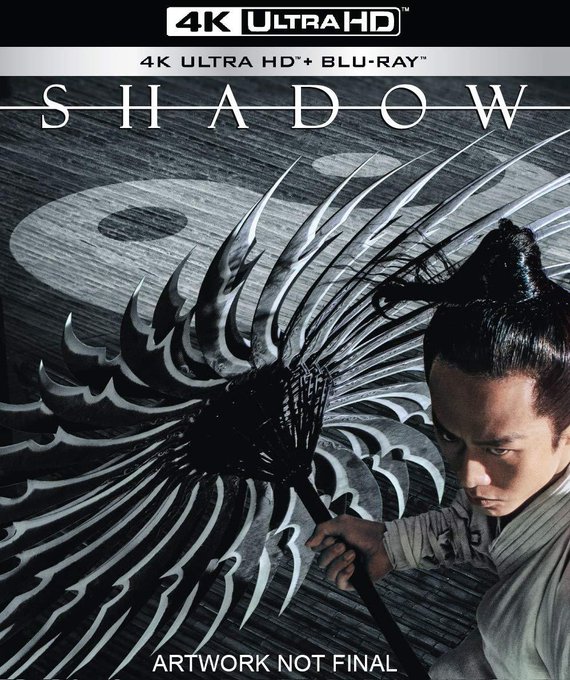 Shadow is coming to Blu-ray & 4K Ultra HD Blu-ray by Universal Pictures this September. The Chinese film is directed by Zhang Yimou, known for releasing the classics Hero and House of Flying Daggers as well as the notorious The Great Wall.

AUKN Staff
A brief mention for those interested, Bong Joon-ho's 2019 film Parasite (기생충) is coming to the UK & Ireland via distributor Curzon Artificial Eye. Details are slim but it'll likely be given a limited theatrical release and a Blu-ray release later down the line.


Parasite won this year's Palme d'Or at the 2019 Cannes Film Festival and is the first Korean film to do so.

AUKN Staff
There are some good news and bad news regarding Arrow Video's release for Oldboy.

The bad news is that it turns out that Arrow Video did not have the rights to release select extras for their upcoming Blu-ray release and thus will not be included in the end (that's because they were made exclusively for the South Korean release).

The good news is that to make up for it, Arrow was able to license and include the remaining two films in the Vengeance movie trilogy; Lady Vengeance and Sympathy for Mr. Vengeance with the Limited Edition release. The LE will now be on 4 Blu-ray discs containing the following:

The Arrow Video listing is now sold out but it can still be ordered through Amazon UK. The Limited Edition artwork will also be revised to mention all three films within the coming weeks, but the listing will stay the same. The release date has also been pushed back from the end of August to the end of September 2019.

(Disclaimer: Amazon link is affiliated to help support me financially)

A boxset of the trilogy. Definitely in for that. 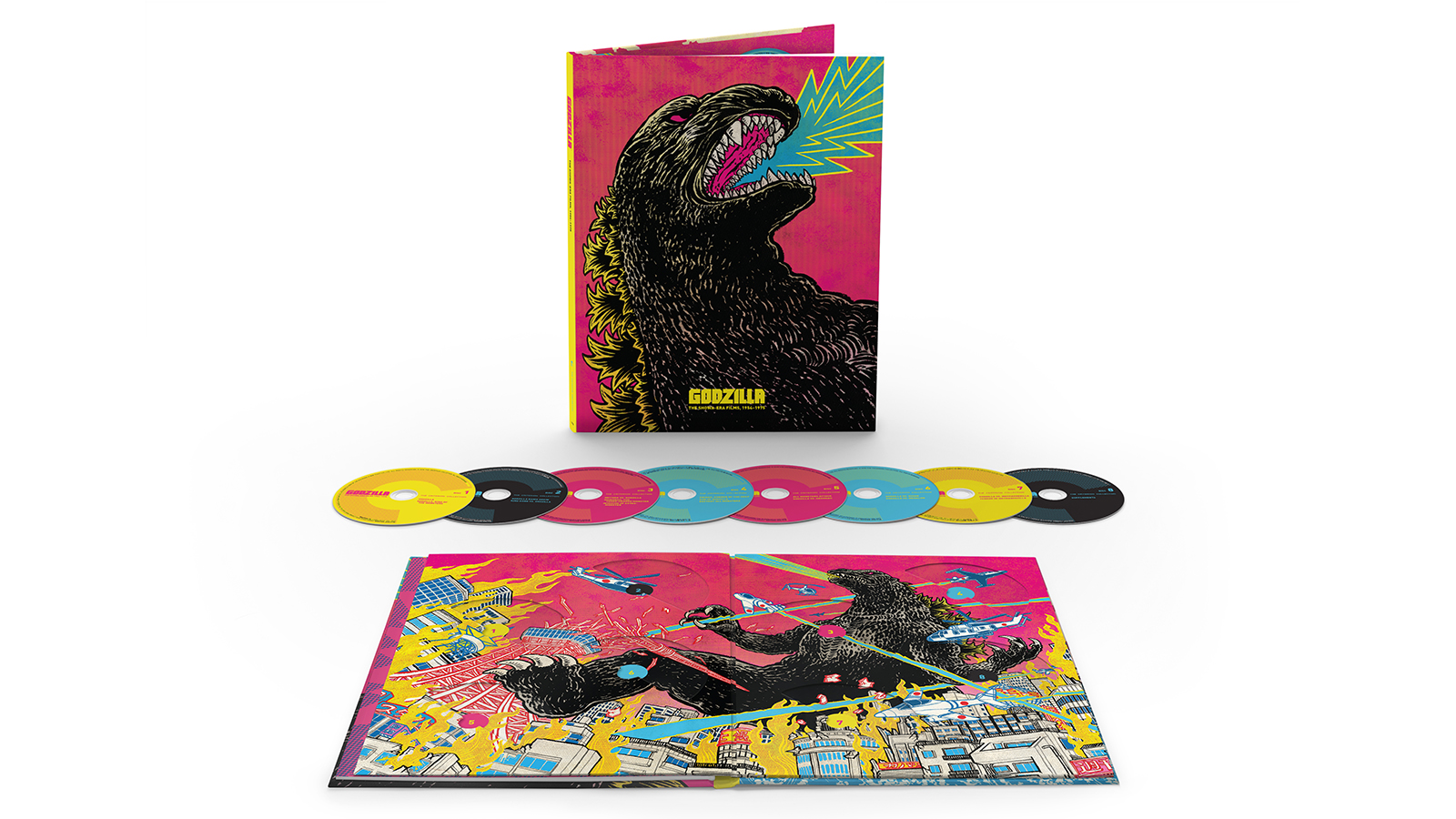 The box set features all 15 films produced during the Showa Japanese period across 8 Blu-ray discs:
It's priced at SRP $224.95 and is scheduled for 29th October 2019.

AUKN Staff
HMV has started a new Buy One Get One Free promotion once again. This time it's Arrow Academy.

Examples of titles from Asia included in Arrow Academy's list:

farzam1999 said:
Don't know if it's part of the promotion, but I would highly recommed A Simple Life, really great film.
It's an Arrow release, just don't know if it's Academy.
Click to expand...

You referring to this one right? Much like Hirokazu Kore-eda's I Wish and Like Father, Like Son, it's one of those older releases of theirs and therefore not under either Academy or Arrow. So it's either out of print/license expired or could have been re-released in a LE box set like the other two Kore-eda films did.

NormanicGrav said:
You referring to this one right? Much like Hirokazu Kore-eda's I Wish and Like Father, Like Son, it's one of those older releases of theirs and therefore not under either Academy or Arrow. So it's either out of print/license expired or could have been re-released in a LE box set like the other two Kore-eda films did.
Click to expand...

Didn't release it was OOP or expired. Either way, I would still recommend getting it, for anyone interested lol

farzam1999 said:
Didn't release it was OOP or expired. Either way, I would still recommend getting it, for anyone interested lol
Click to expand...

There are quite a fair few Asian films Arrow put out that could certainly do with a re-release, for instance, Lee Chang-dong's Poetry.

Anyone know how the DE release of Sonatine is vs. the JP one? - I know that the German one doesn't have English subs.
What about PQ?

AUKN Staff
I honestly don't know with regards to Sonatine to be honest, but at least I now know that the Japanese release has English subtitles.

Speaking of which, do we have the absolute complete list of every Asian title released in the UK?

AUKN Staff
Tokyo Gore Police (東京残酷警察), a 2008 Japanese film that was once released under the 4Digital Asia label has been rescued by Yume Pictures for a Blu-ray release. Available starting 19th August 2019 and can be ordered through Amazon UK. (note: link is affiliated so if you buy anything it'll support me financially).

Yume Pictures have released other Asian films but only on DVD including Takashi Miike's Over Your Dead Body and Hitoshi Matsumoto's R100. 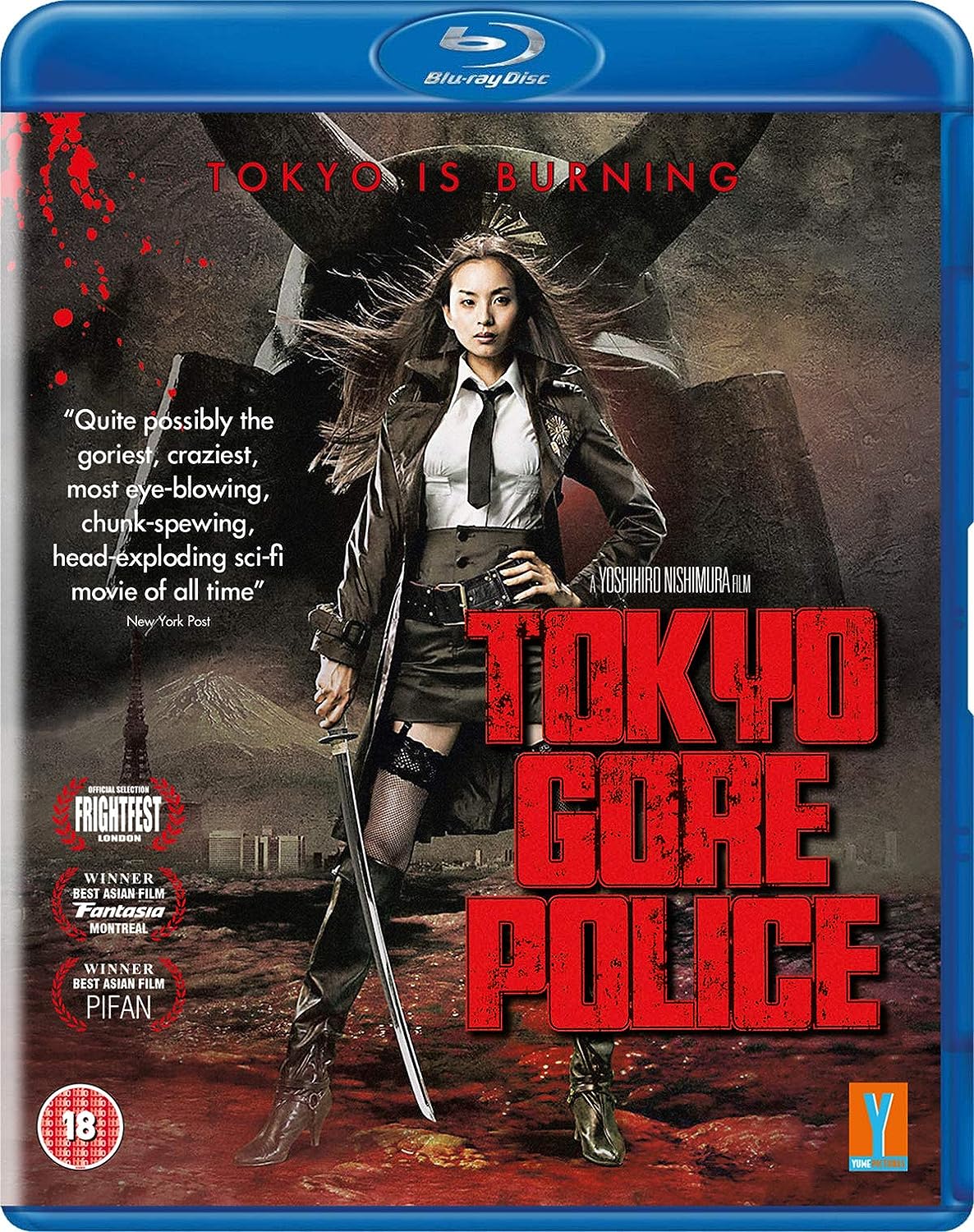 NormanicGrav said:
I honestly don't know with regards to Sonatine to be honest, but at least I now know that the Japanese release has English subtitles.

Speaking of which, do we have the absolute complete list of every Asian title released in the UK?
Click to expand...

Yeah I know with the English subs, but can't justify the price just based on that alone. I'm okay with German subs, as I do speak it. More interested in the PQ, since I've read that the Bandai release got a new 2K remaster. Oh well, gotta see if I can find more information on it.

Would be interesting with a Asian Cinema in UK releases.

88 Films have three Jackie Chan titles coming to Blu-ray in October/November time. You can find all three titles over on Amazon UK.

The Protector, scheduled for 21st October. 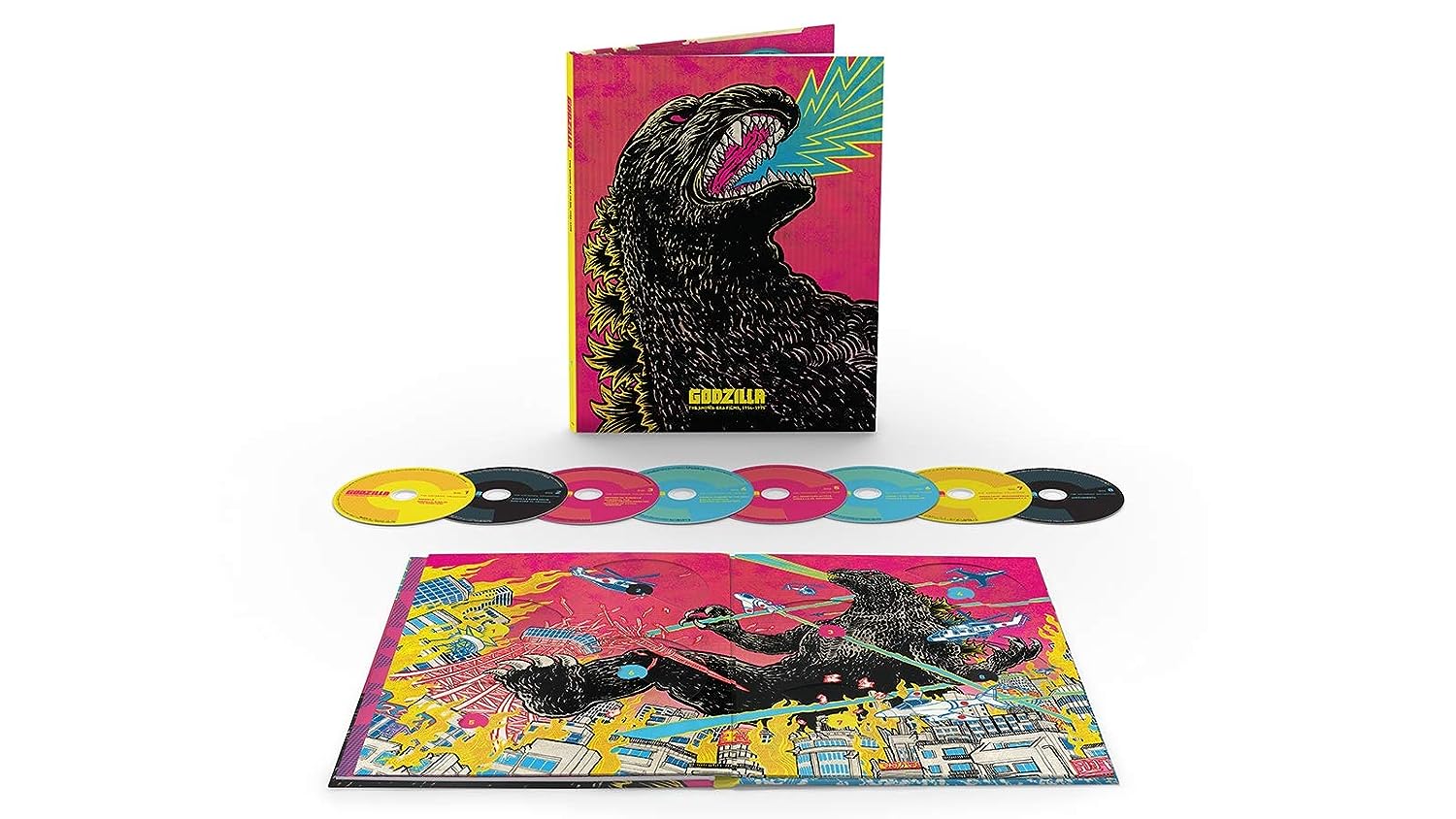 Also coming to the UK is the Godzilla: Showa-era collection from Criterion. The release will be the same as the North American release but the discs are locked to Region B. The 15 film set is scheduled with a limited pressing for 25th November 2019 at £150 (£10 per film basically) on Amazon UK. 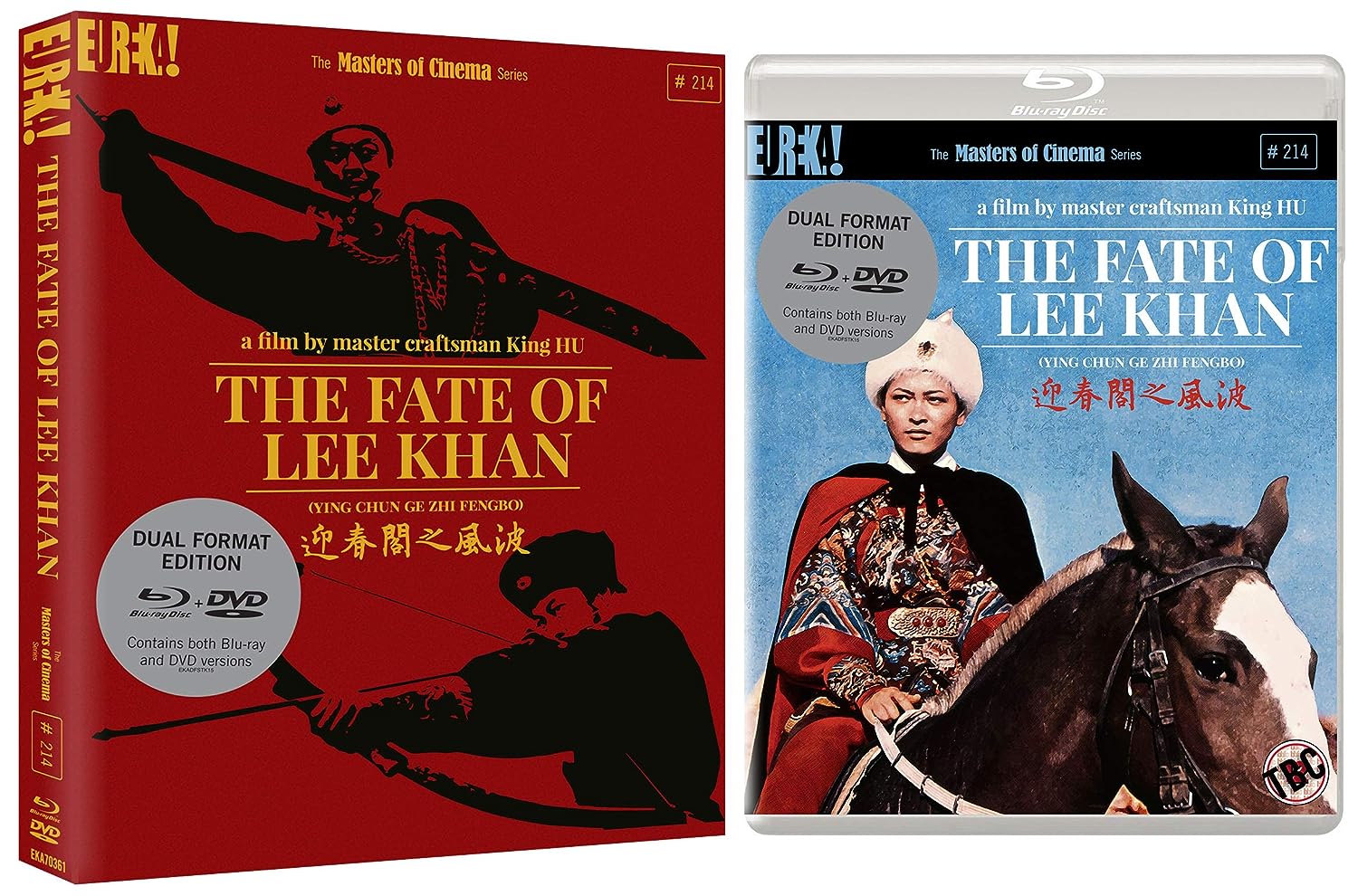 From Eureka Entertainment as part of their Masters of Cinema line-up, King Hu's The Fate of Lee Khan is coming to Blu-ray on 21st October 2019. Specs below:


(Disclaimer: Amazon links above are affiliated to help support me financially)​

I've got Dragons Forever on pre-order, probably the best Dragons film ever. Up there with Wheels on Meals. Great to see the 4K remaster getting a release.