One of the AniTubers I subscribe to posted this:

So I watched Swing Girls. It was quite funny in parts and heartwarming at the end. I would say similar to a CGDCT/SoL anime where the girls get into a thing and then "git gud" at it. In terms of Western films I'd say similar to the likes of The Full Monty or Calendar Girls, but with a lot less nudity.

PS If that sold you in any way don't watch that segment in the above video because he put the funniest moments in it! 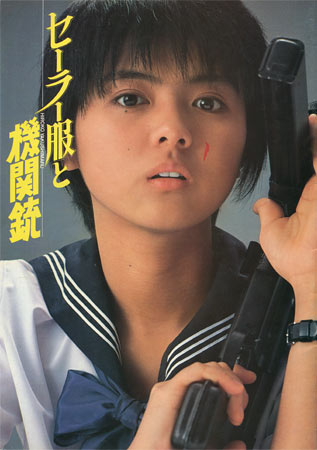 Arrow's release of Sailor Suit and Machine Gun is out now.

I first discovered the cinema of Shinji Sōmai nearly a decade ago, when a retrospective was staged at the Edinburgh International Film Festival in 2012. Unfortunately, I only managed to see one of the films screened - Typhoon Club - but it blew me away. Later, Moving was one of the films that were part of a touring programme to accompany Mark Cousins' terrific documentary A Story of Children and Film. Around this time, I started to hoover up any subtitled bootlegs of any other Somai films that I could get my hands on - which were few and far between but included Kaza-Hana, Lost Chapter of Snow, and Sailor Suit and Machine Gun.

I thought that it would only be a matter of time before one of his films was given an official release here but here we are, at the back-end of 2021 - and the 20th anniversary of Somai's death aged only 53 - and Arrow have just released Sailor Suit and Machine Gun. It is well overdue.

Somai is perhaps the most influential Japanese director to emerge in the 1980s, with future directors such as Shinji Aoyama and Kiyoshi Kurosawa (who appears in the extras here) acting as his assistants during this period. Sailor Suit and Machine Gun is his second feature and his biggest commercial success - making a star out of Hiroko Yakushimaru and spawning two later TV series as well as a "spiritual sequel" released in 2016.

The premise is as simple as it is preposterous: a yakuza boss is killed and therefore, through some sort of hereditary principle, his 17-year-old daughter takes over. Needless to say, she is not a natural fit for this role and the film develops not as a film that fits into the yakuza/gangster genre like, say, many of the Fukasaku films from Arrow's catalogue, or comfortably into the 'idol film' genre either but something that is in its own space.

Somai seems to enjoy concentrating on the tensions that develop by Izumi's position as head of the family - the tension between expectations and reality, between appearance and role, between seriousness and ridiculousness, between tradition and progression. And ultimately how these often competing elements not only apply to the characters in the film but to the moviemaking process - what kind of film does the audience expect? What does the audience expect - or demand - from its stars? Particuarly in Japan, where 'idols' are subject to tight controls over their image extending to things such as dating bans.


The unorthodox ending really hits this point home as Izumi - or is it just Hiroko Yakushimaru at this point? - has a Marilyn Monroe moment, filmed in the street with unsuspecting members of the public, while she makes shooting gun hand gestures that refers back to the plot of the film. 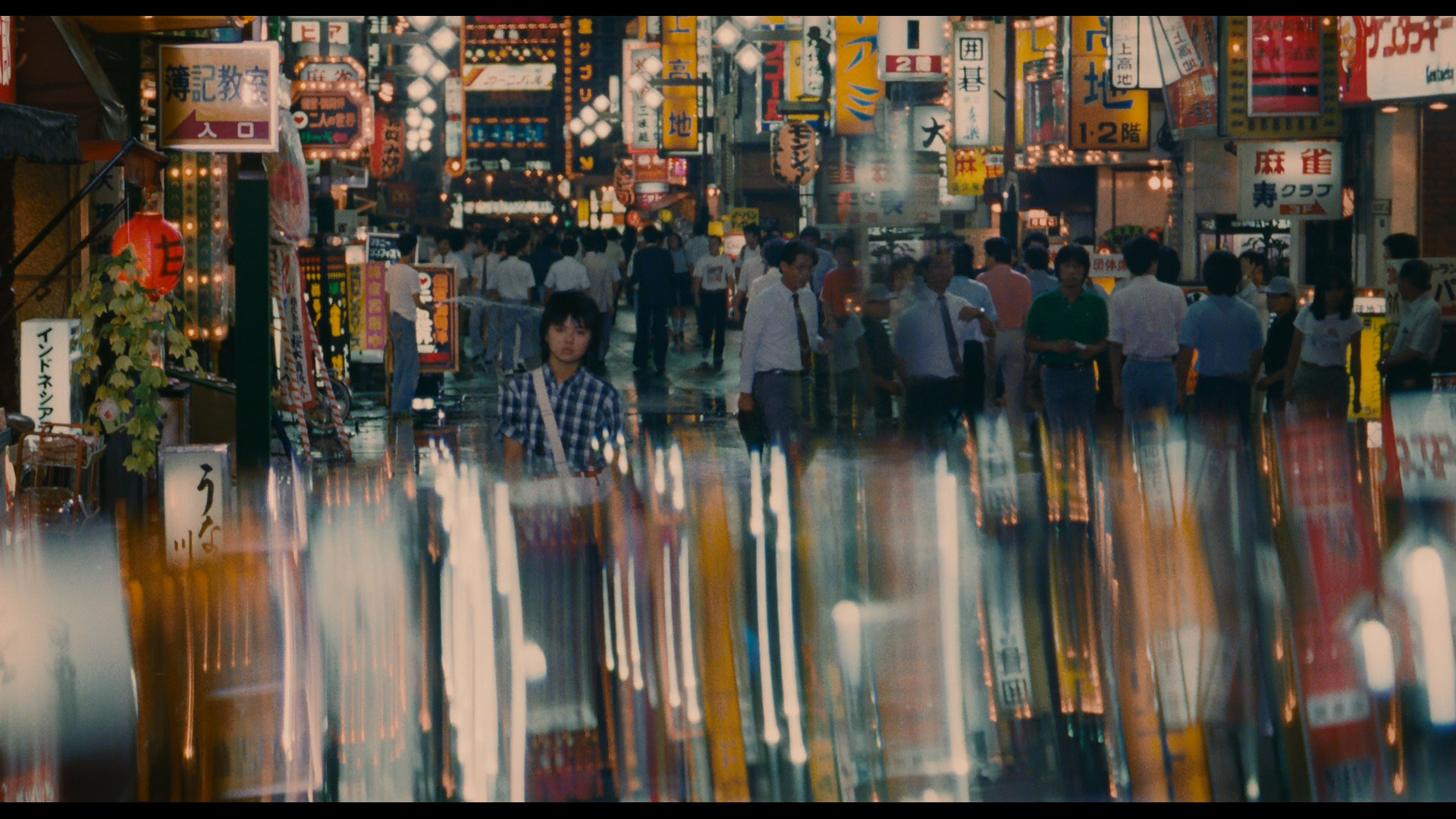 Arrow have done right by the first-ever release of a Shinji Somai film in the West. They've included both the original theatrical cut and the extended 'complete' version that was re-issued following its initial success, both from 4K restorations performed by Kadokawa and released in Japan a number of years ago. The disc has been encoded by David Mackenzie / Fidelity in Motion so, as expected, I didn't pick up on any flaws.

The main video extra is a new 50-minute documentary called Girls, Guns and Gangsters, which is essentially a talking-head piece with several of Somai's collaborators, Japanese critics and scholars that is as good of a video extra that Arrow have ever produced for one of their Japanese releases. It serves as a great introduction to the director who, for reasons that are speculated on in the video, has yet to achieve either availability or critical reputation in the West despite adoration in his home country; he has 4 entries in the most recent Kinema Junpo poll of the best Japanese films of all time, with Typhoon Club placing at 12 - just above Kurosawa's Ikiru.

The booklet is also the best that I've read from Arrow in a while and features, amongst other things, a transcript of a conversation between Kiyoshi Kurosawa and Hiroko Yakushimaru that was recorded for Arrow earlier this year.

I hope that this is merely the first Western release of a Somai film and not the only one. He is a master filmmaker, which is on evidence in Sailor Suit and Machine Gun but it doesn't reach the heights that he would later achieve with the likes of Typhoon Club - as good of a candidate as any for the best film of the 1980s. Nevertheless, Sailor Suit is a fascinating work that doesn't neatly fit any categorisation and rewards rewatches. 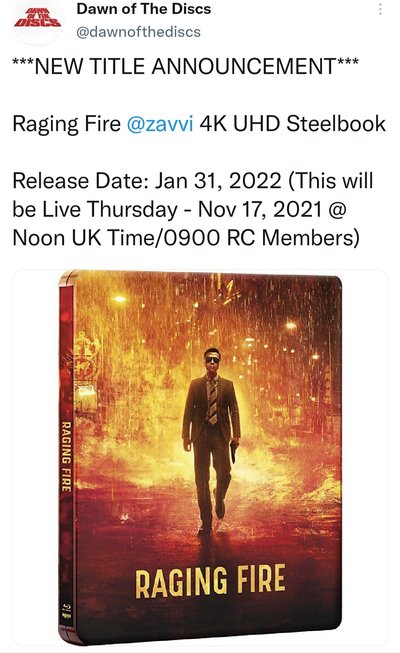 If you liked One Cut of the Dead, you have to see the ingenious Beyond the Infinite Two Minutes, out on Blu-ray from Third Window Films. Next to no budget time travel sci fi comedy that works like intricate clockwork. Steins;Gate but better.

Third Window Films are streaming the out there Sion Sono movie Love and Peace if you’re in the mood for an alt-Xmas. It’s on Vimeo till the 27th for free if you’re interested.

AUKN Staff
As we approach the year of 2022, it's time for another release schedule update for upcoming Asian UK releases on Blu-ray!

Cheers for that @NormanicGrav Eureka, Arrow and 88 Films have released some fantastic stuff over the years, looking forward to 2022 continuing this.

I think you're missing Dreadnaught from the Eureka section, can't wait for that myself.

Many of you are probably familiar with Funky Forest without realising as it was one of those Japanese films that had clips go viral years ago for being very "WTF" like this.

Now the biggest deal is actually The Warped Forest because to my knowledge this has never been released on home video in any region. It had a US festival release and that was it.
Click to expand...

I've noticed that this is finally available for pre order!

Spotted this for pre order on HMV and thought I was seeing things! Haven't seen this announced anywhere! 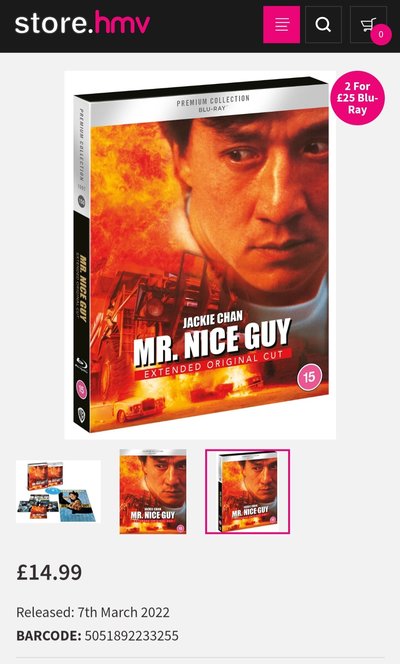 Yeah literally only just been added a few days ago.

Eureka are announcing their april slate today and looks like there's two Yuen Biao films coming in the form of Dreadnaught and Knockabout.

jonno394 said:
Yeah literally only just been added a few days ago.

Eureka are announcing their april slate today and looks like there's two Yuen Biao films coming in the form of Dreadnaught and Knockabout.
Click to expand...

I knew about Dreadnaught from the new years teases but Knockabout is one I hadn't seen leaked!
After I spent so much time tracking down the HKL version last year as well, damn! Haha

Weirdly out of all the already teased Eureka releases it's Johnny To's Running Out Of Time 1 & 2 I'm looking forward to most.

So both Dreadnaught & Knockabout are coming April 25th.
Still not a massive fan of the Darren Wheeling art style.
Admittedly these are a lot better than some of his previous ones (looking at Warriors Two & Prodigal Son........ 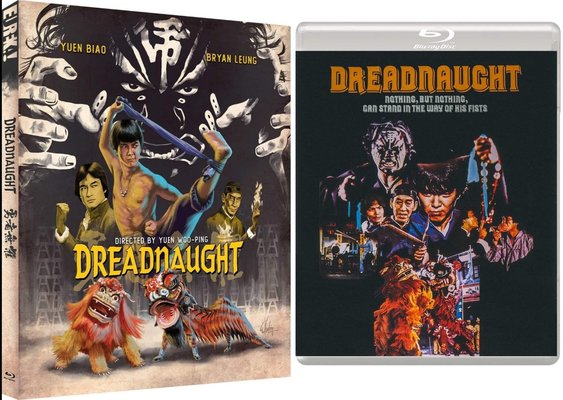 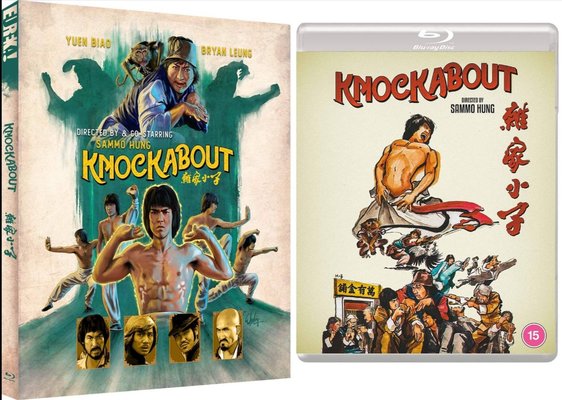 Some more JC from 88 films. 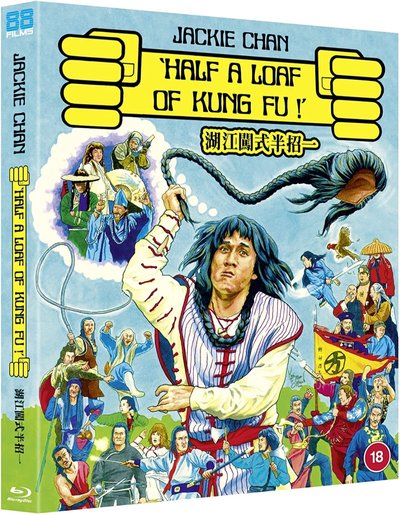 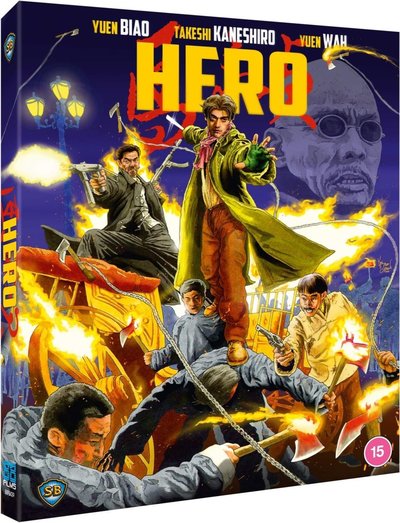 AUKN Staff
The 6 films from Takeshi Kitano released by Third Window Films are going out of print, so the distributor has offered a sale on Terracotta - 4 for £20.

The films are:
Link: https://shop.terracottadistribution.com/collections/kitano-sale

farzam1999 said:
I think it’ll probably just be a normal blu-ray release, just from a 4K remaster, as mentioned by Vincent Lyn. It’s also not marked with a circle on 88‘s 2022 hints lists, as ‘D’ for Drive was.
Click to expand...

Honestly you never know, then again if they were going to choose a film that would get the 4K treatment first it would very likely be Dragons Forever.