Man, I've been willing them to kill off Monkey for weeks, but now that it's actually happened, my feelings on the matter are more mixed than expected

Overall I still think it's for the best though; the show's nihilistic outlook is a big part of what makes it interesting. 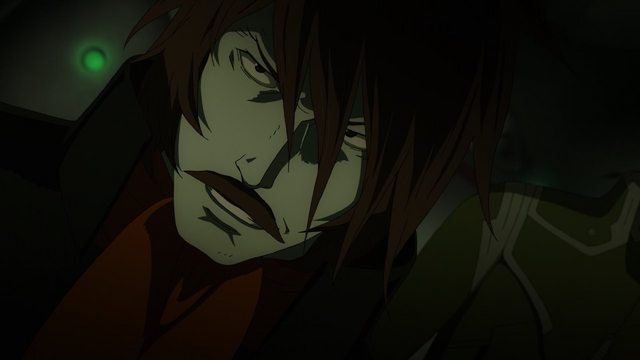 Bleach (Rewatch) episodes 1-14 Finally watching my Blu Ray sets up to episode 63. Once I'm done I might do a mini review on the three available sets and post it here somewhere for those who are interested in upgrading.

So far the picture quality looks a fair bit better than the Viz DVDs, but the way the early parts of the series were animated leaves some scenes looking kind of blurry, especially outdoor scenes in the spirit realm. Thus even though the transfer of said scenes looks clearer and more detailed, it's still not perfect
Last edited: 12 November 2017

Ep 6 of The Ancient Magus' Bride...a nice slow, relaxing episode.
Ep 6 of Blood Blockade Battlefront & Beyond...can't believe we're already halfway through. Plus loved all the faces Steven pulled in this one 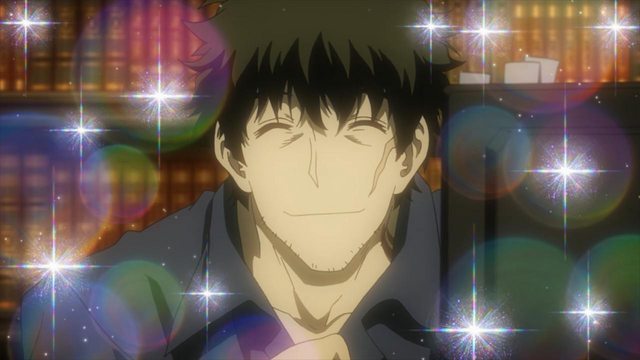 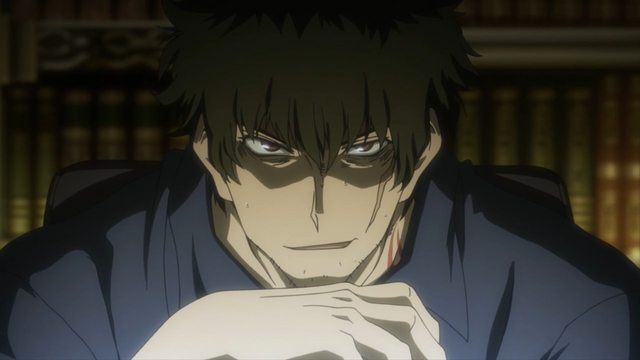 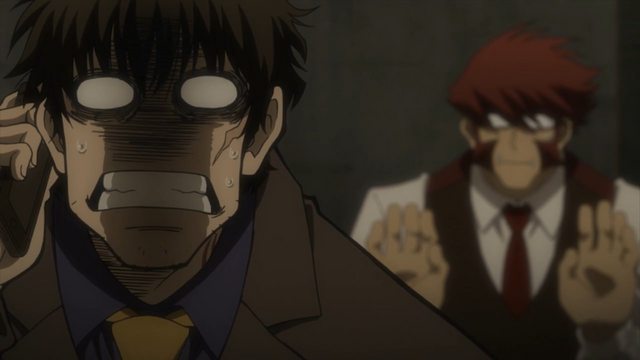 Last one from the Manga Force Collection. Well, this weekend I watched Kiniro Mosaic and Testament of Sister New Devil .

As you can imagine, there was quite the contrast.

The Wind Rises
A good film about the passion of a man persuing his dream interrupted by a romance based on someone elses life (it would make a good film of its own The Wind Has Risen - Wikipedia).

I would have liked some date stamps to work out where we were within his life and although some characters talk about how bad war is/was I would have liked more of Jiros (the real one) thoughts on it from his diary: "We were convinced that surely our government had in mind some diplomatic measures which would bring the conflict to a halt before the situation became catastrophic for Japan. But now, bereft of any strong government move to seek a diplomatic way out, we are being driven to doom. Japan is being destroyed. I cannot do [anything] other but to blame the military hierarchy and the blind politicians in power for dragging Japan into this hellish cauldron of defeat."

The animation was, of course, really good.
Last edited: 13 November 2017

Pretty fun and undertones of Yuri are cute

You're Under Arrest: Full Throttle 1-5

In which multinational corporations function like hereditary monarchies, Saori is put on the Tōkairin bus, Natsumi takes fashion tips from Melissa Mao and the art of taiyaki making and the excretory functions of snakes are explained. And then there's THIS: 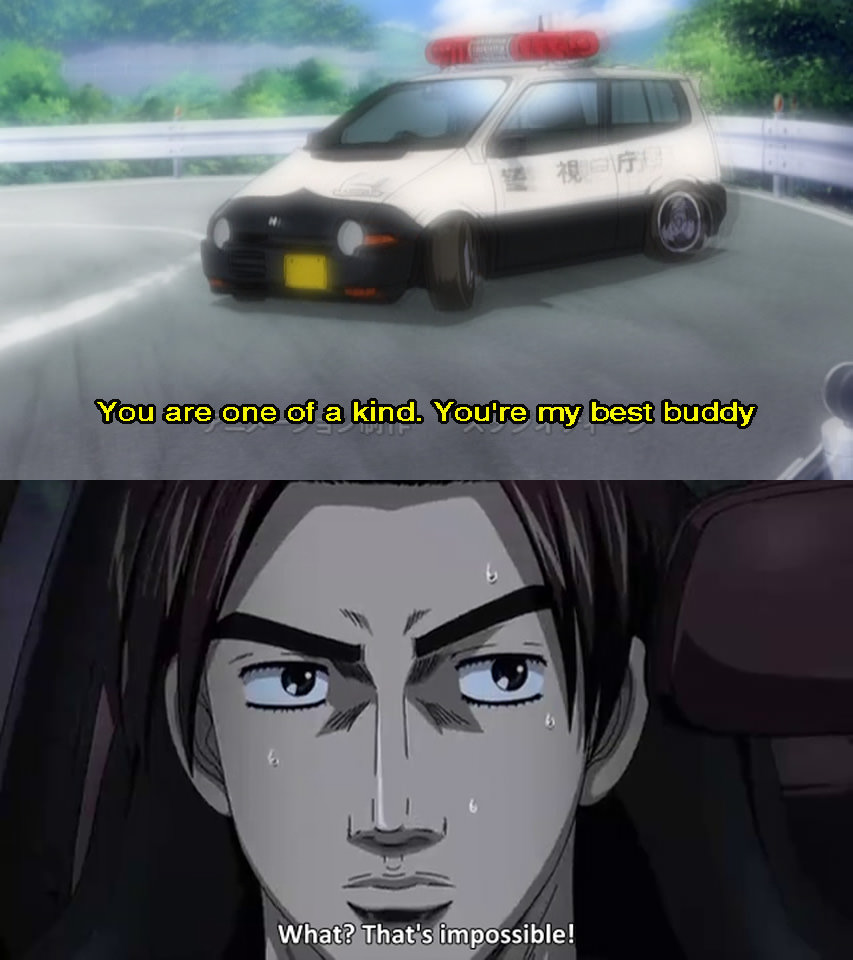 Well, shows what I know because apparently drifting a FWD car is possible, sort of (though that Civic has an extra 1000cc's on the Today which I suspect would just quickly grind to a halt) but it is also a bit friggin' pointless

Putting suspension of drift-belief aside, this season feels a lot more modern, for good or ill. The production values have clearly gone up and we get some really nice animation (it also seems very well directed) but from the progression and change of Season 2 it seems to have all gone a bit business as usual. What happened to Natsumi's new job? What happened to Ken and Miyuki's slightly more developed and formalised relationship? Who knows? Who cares? They're just going to be glossed over for the sake of returning to the status quo, it looks like.

I was a little surprised at the decision to immediately write out Saori after they spent a season integrating her into the main cast (pretty well, I might add) but this does appear to have resulted in more Aoi and Yoriko time, which is a trade I'll take. The comedy and the fanservice seem more obviously played-up here than they were, though this is probably just a reflection of the times - A full six years had gone by since Season 2 when Full Throttle started airing (and just over ten since the TV show began) so tastes and styles are naturally going to change.

And perhaps it was the right decision to go back to basics - The core cast are front and centre again and after the two-part rather Hollywood action style opener (I have to wonder if the writers had a Sonoda moment and visited the US) we seem to be settling once again into episodic cases by turns comedic and dramatic. That perhaps isn't the most satisfying for those who, like me, were looking forward to more development and building on the plot threads and relationships of the previous season but I'll be damned if it isn't bloody entertaining. Only time will tell if these threads get picked up again - Balancing the wants and expectations of fans of the earlier seasons with trying to make the show accessible to new fans after such a lengthy gap can't have been easy, and I can't say I'm really disappointed since the show is still so much fun and is looking better than it has since the OVAs. One more thing - The music. I've enjoyed the YUA themes up until now, but I'm finding FF's themes pretty underwhelming. I also kinda miss the familiar music cues which were used throughout seasons 1 & 2, though I can understand them being retired after so long.
Last edited: 12 November 2017 D1tchd1gger said:
I would have liked some date stamps to work out where we were within his life
Click to expand...

Totally agree. May I recommend Viz media's excellent artbook of The Wind Rises for that very purpose?

Neil.T said:
Totally agree. May I recommend Viz media's excellent artbook of The Wind Rises for that very purpose?
Click to expand...

Looks nice, but I did some of my own research as I was bored at work.

I managed to watch the series without the lights issue crashing the console (then it crashed after I stopped watching to sort out an AUKN article about an hour later).

A Sister's All You Need episode 3

A re-watch ahead of a review on the podcast.

Hellsing Ultimate Vol V
What the hell was that at the start? And the bad guys destroy London a bit too easily, surely it's the Hellsing company's job to stop Millennium before they do any damage. A bit pointless after everyone is dead!

Kokoro Connect eps 8-10
I knew Inaba liked Taichi, but for a moment there I thought they might pull a switch-a-roo and make her confess to Iori. Especially after the line that she wasn't interested in him at first.