Welcome to the Akira Simulwatch/discussion thread. 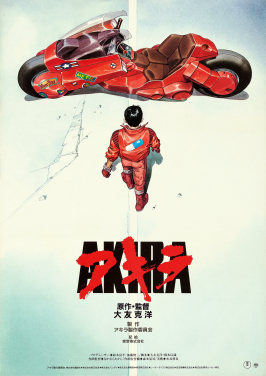 February the 28th is 147 days before the opening ceremony of the Tokyo 2020 Olympics. So inspired by this screen shot I thought we could have a Simulwatch/discussion about Akira. For many of my generation the introduction to the world of Anime and still one of the stand out films in the medium.
So come join us. For those without a copy (how?), the film is available on Funimation:

https://www.funimation.com/shows/akira/#videos
Or maybe go old school with a copy on VHS

Find many great new & used options and get the best deals for Akira (VHS, 1991) at the best online prices at eBay! Free delivery for many products!
www.ebay.co.uk

Back to the Olympics. Tokyo 2020 is actually the 32nd Olympiad not the 30th, I can't remember if there was an in universe reason why 2 are missing or whether it's a miscalculation. Also the film is set in 2019 which should have put the games in May at the latest, but most games have been July/August, so maybe another miscalculation. Although the last time they were in Tokyo in 1964 they were moved to October to avoid the summer humidity and the September Typhoon season. Indeed the inclusion of the games in the manga may have been inspired by the 1964 games, when Katsuhiro Otomo was aged 10, coming less than 20 years after the end of the Second World War (the events of Akira are 30 years after the destruction of Tokyo, but I guess it takes that long to rebuild a city that big!)

D1tchd1gger said:
in universe reason why
Click to expand...

World War III would do it! I wasn't what sure to actually write about. The theme is pretty obvious about the desire for power leading to our own destruction.
Although the story itself has always had its confusing moments. It's taken numerous watches and a read of the manga to understand most of it and even now the very end is still a little unclear. I assume when Kaneda is within the "blast" and the children are talking about Kei that she could be the next person to awaken, but they don't finish their sentences, which I've heard is a thing in Japanese, so the translator obviously hasn't got all the information to work with.
I've always considered the production side to be the better part right from the first watch, so I thought I'd try to be a bit more critical as it's always hard to be critical of something you like.
Whilst the animation is impressive there were occasions when the characters seemed a little off model. Also whilst the soundtrack is excellent it's used a bit weirdly in places like one track suddenly stopping and another starting, tracks just fading out and parts with no track at all that probably could do with something. Another niggle is the sound effects of the helicopters at the start just after Tetsuo's accident, whilst a moment of calm with the searchlights and then boom HELICOPTERS is pretty cool, it's just not realistic. Although the lack of sound when Tetsuo attacks the satellite is both cool and realistic.
Having said all that when it all works together, I don't think many anime gets close. These are mostly the action scenes like the bike chase, the underground section with the flying bike and Tetsuo's march through the streets.

I watched the sub, but might watch the Streamline dub tomorrow. My friend who likes a bit of anime was talking about it the other day and it sounds hilarious, I'm not sure whether I've watched it or not.

D1tchd1gger said:
they don't finish their sentences, which I've heard is a thing in Japanese, so the translator obviously hasn't got all the information to work with.
Click to expand...

That's unfortunately all true, so it actually makes the kids' closing dialogue so oblique as to end up essentially meaningless.

What's there is translated accurately in the subs (in Manga's most recent DVD and BD releases anyway), but yeah... not a lot to go on. Draw your own conclusions as a viewer, I guess.


D1tchd1gger said:
the children are talking about Kei that she could be the next person to awaken
Click to expand...

Is this a thing that I've missed? I can't say that's ever crossed my mind before.


D1tchd1gger said:
I watched the sub, but might watch the Streamline dub tomorrow. My friend who likes a bit of anime was talking about it the other day and it sounds hilarious
Click to expand...

The most hilarious thing is that Kaneda sounds like one of the Teenage Mutant Ninja Turtles. That's because he's voiced by the guy who was Leonardo in that series. 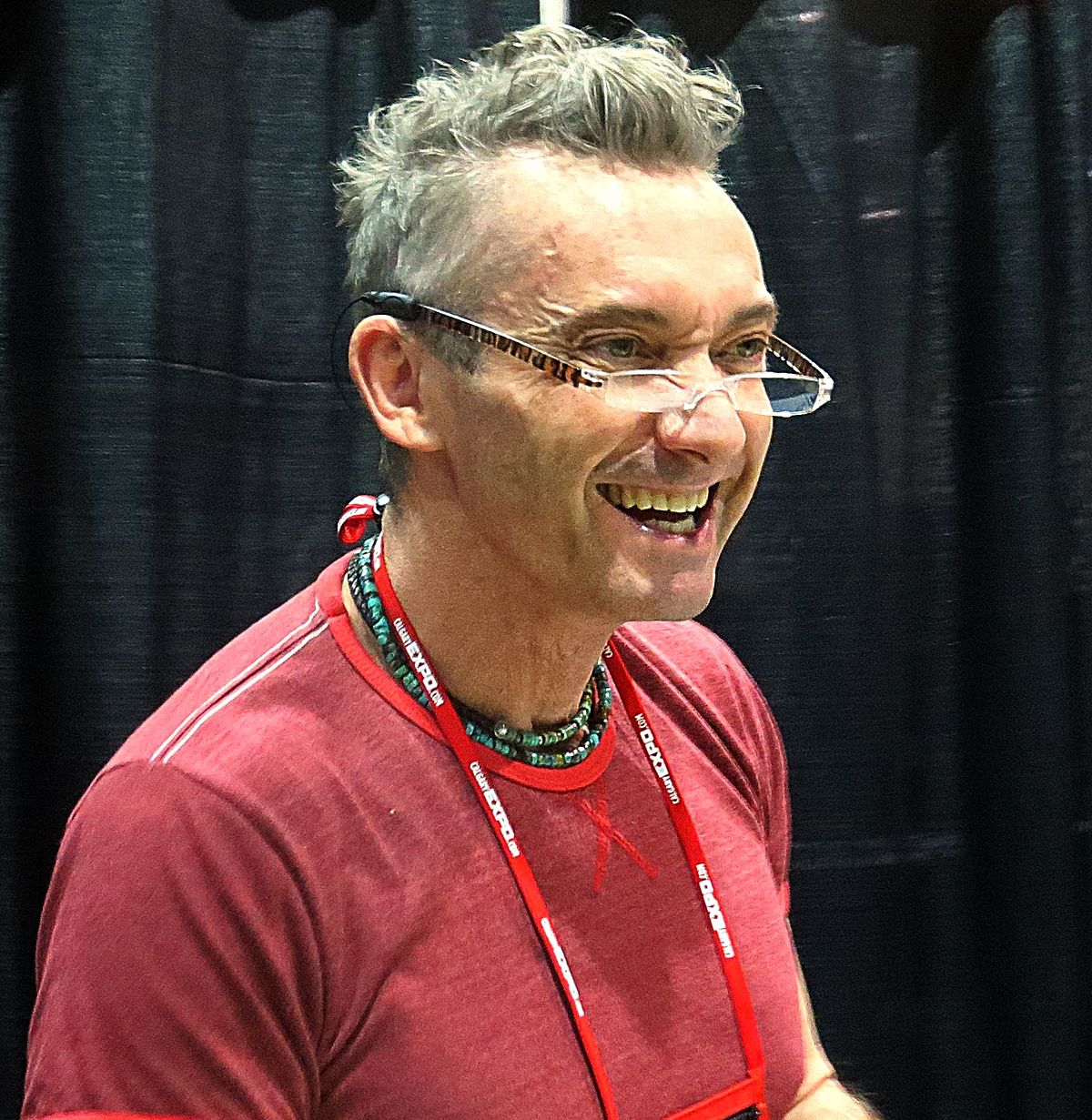 EDIT: The other hilarious thing is the pronunciation of his name. "Ka-NAY-da."

Visually what a great piece of anime. Especially from it's time. Its so fluid, the smoke and water flows in particular are so well done.

Personally I think the sound design is great. As @D1tchd1gger said it's not realistic but it sure is effective. Theres a moment at the start where a bike runs over a guys arm and the sound of the squelch and bone breaking is several times louder than the motorbike. It makes the world so visceral and brutal which given everything that happens, makes sense they'd portray it like that.

In the fact the brutality of the world is something the first 20mins goes all in on. To the point you almost doubt their could be any functioning government at all. Theres so much death just because it's easier to kill than capture or talk. It's an incredibly cynical view of humanity.

Maybe it's just me but it seems the film is very deliberate in making you really like Kaneda despite his obvious and numerous flaws and hate Tetsuo even though hes also a victim. Like I cant stand Tetsuo, from his big forehead, dragonball wanabe design to his whiny, entitled attitude.

Incidentally I watched the more recent English dub with Johnny Yong Bosch as Kaneda (Ichigo in Bleach) and overall I really like this dub. I've never seen the older one but a quick look on the blu ray shows me it's also here so I may check it out at some point to compare.

Neil.T said:
Is this a thing that I've missed? I can't say that's ever crossed my mind before.
Click to expand...

You see a vision of the children from when they were younger with Akira:
Kaneda: This is Akira...?
Kiyoko: Yes. We called him.
To have him take Tetsuo away.
Kanade: Take him away? Take him where?
Takashi: It's too much for Tetsuo.
And for us. And for Akira.
Masaru: It's too big for us as we are now.
Kiyoko: But someday, we'll also be able to...
Masaru: You see, it's already begun.
Kiyoko: Your friend's--
Kaneda: My friend?
Kei! You mean Kei, don't you?


Neil.T said:
What's there is translated accurately in the subs (in Manga's most recent DVD and BD releases anyway)
Click to expand...

I thought I'd dig out my DVD (2003) after seeing this and it is slightly different, but pretty much the same jist. Kiyoko's line "your friend's--" is "your friend, she's" which makes it more specific that she is talking about Kei.

It's been a while since I've read the manga, but I can't remember Kei being a focus after this point?

D1tchd1gger said:
Kiyoko's line "your friend's--" is "your friend, she's" which makes it more specific that she is talking about Kei.
Click to expand...

Ah, okay. I'd always taken that to just mean "Your friend, she's calling you", because it then segues into that, doesn't it? I think. I'd have to check.


WMD said:
Incidentally I watched the more recent English dub with Johnny Yong Bosch as Kaneda (Ichigo in Bleach) and overall I really like this dub.
Click to expand...

I quite like it, too, actually; it's a lot closer in overall tone to the Japanese than the original English dub is. I do like Johnny Yong Bosch as a voice actor.
Last edited: 28 February 2020

Neil.T said:
Ah, okay. I'd always taken that to just mean "Your friend, she's calling you", because it then segues into that, doesn't it? I think. I'd have to check.
Click to expand...

Kaneda sees more of himself and Tetsuo, this time at the orphanage. Then he hears Kei.

I also had a quick watch of the Streamline dub for this part, it's all only slightly different again apart from that line which is now:
"We are most grateful for your friend"

D1tchd1gger said:
Kaneda sees more of himself and Tetsuo, this time at the orphanage. Then he hears Kei.
Click to expand...

Gotcha. I know exactly the bit you mean. I'll take another look at that end part again.


Just for the record for this thread, I haven't actually seen Akira since (I think) November 2018. I watched it annually from 2011 until then, though, and I hold a very high opinion of it; in fact, I'd consider it a work of art.

Reminiscing, one of the big things that drew me to the film within the first ten minutes of my first viewing was how the characters' actions were really driving the story. I really felt like if events had played out a little differently, we'd have been watching a very different movie. So it was all the more amazing to then see Katsuhiro Ōtomo explain on the on-disc "Production Report" that it had very much been his intention to create that feel. It really comes across for me.


Come to think of it, I wonder whether our new forum member @RoryT would be interested in this thread at all, as an Akira fan.

Moderator
Sat down to watch the film tonight, but it was on my ipad, and it didn't take long for me to feel like this was just wrong. It's Akira for god's sake, it needs a big screen. In the meantime though, some brief thoughts on the little bit of the film I did watch.

This will be the first I've seen Akira in more than ten years, I think? Perhaps with having absorbed more knowledge of Japan and of anime in that time, what really strikes me looking at it now is how distinctively anachronistic its art design is. Unlike so many other big cyberpunk touchstones, there aren't any trappings of the sleek modernist '80s future on show, rather this seems to be 2019 by way of 1964.

In a way, I suppose this should be obvious. I know that the '60s student riots of the time are a clear inspiration for the setting, to the point that they're actually going on in the background, but everything about the world of this film speaks of a society that hasn't quite gotten over post-war austerity. We're not seeing the big neon signs and video walls of Blade Runner, rather the sort of handmade advertising signs with light bulbs tacked on that would have been a common sight to the previous generation. The military uniforms aren't emblazoned with corporate insignias or strung with fancy equipment, but marked by what appears to be a sheet of paper with a kanji character crudely printed onto it. Even the clothing looks 20 years out of date; who needs mirror shades when you've got a flat cap?
Last edited: 1 March 2020
You must log in or register to reply here.
Share:
Facebook Twitter Reddit Pinterest Tumblr WhatsApp Email Link
Top