AUKN Staff
It's that time of year once again - the E3 of anime news in the United States is back and as per usual any news that crops up will be mentioned in this thread. Since the other big convention Otakon is also close by, both will be covered in this thread.

Because there are so many panels happening over the weekend, I'm going to cover a portion of them in the list down below:

Will make my life much easier to follow news on what I care about.
A

That Macross panel should be interesting.

Is the premiere of the hottest + Ultra? Carole and Tuesday?
I do hope at least Netflix releases each half soon.

YESSSSS hopefully the two robotic notes are soon then.

Light Novel:
Manga:
Yen Press unofficially announced they had Persona5 a la Carte! and Persona5 Mementos Mission but it was later revealed that their licensing plan backfired.
Last edited: 13 July 2019 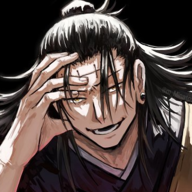 Thats AD Police 99 i.e the TV series not the OVA. It'll be an upscale on BD as the show was made using alot of digital shots as well as cel animation.

I would guess that the Original El Hazard OVA will get a proper HD release and then I guess they will release the rest Upscaled or something, since Japan have yet to do the rest of the franchise on BD.

Wasn't a fan of him saying that 'This doesn't even have a Blu Ray in Japan!' for titles like Boogiepop etc. I mean all Right Stuf will do is upscale inhouse. Don't get me wrong it takes work but it's not as big of a deal as it sounds.

I assume the Gundam Seed ultimate edition is going to come with DVDs as well for the inclusion of the original dub. Otherwise that announcement makes no sense. There is still a part of me that wants to stick to my guns and not buy Gundam Seed as unlike the majority I hated it, like really hated it lol. But once I eventually have all the other Gundam releases it'll be hard to leave that gap unfilled.

Happy that 0080 is finally getting the Blu Ray release, hopefully After War will follow next year as well.

Nice to see Sayonara Zetsubou Sensei resurface after the previous failed attempt to get the show out by Media Blasters.
Last edited: 6 July 2019