I just watched the first three episodes of this as well, after seeing your post. So are they purposely trying to turn us all into lolicons with this series? Lol, it may already be too late for me - I did date a girl in college who was only 4'10" and 90 pounds, and she was a real cutie...

Aria The Animation rest of series and extras. Now, do I buy the US versions of the other series or wait for the UK to release them?

Got so distracted when I ordered Miss Kobayashi's Dragon Maid S, that I had to rewatch the first series one more time.

His And Her Circumstances episodes 21-26. All good, Normal teenagers having normal emotions at a normal school. 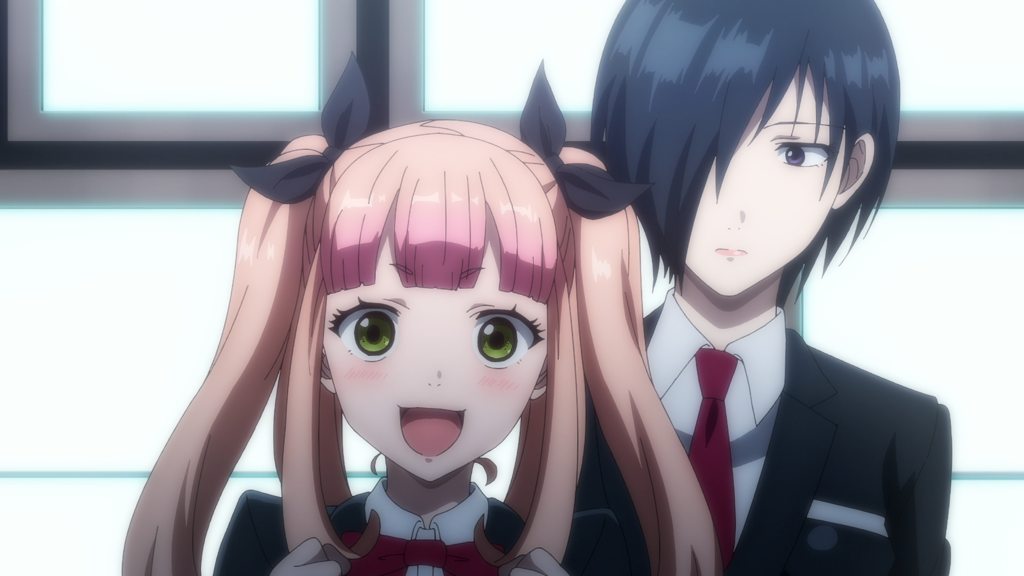 This show is wild. Highly recommend going in blind.

Trapped in a Dating Sim: The World of Otome Games is Tough for Mobs episode 12 Someday. (Complete. This was a fairly decent watch despite its shortcomings.) 3/5

Gasaraki episodes 19-25 (Complete. Whilst I enjoyed this series I felt it could have used a few more episodes to flesh out the finale.) 3.5/5

Gatchaman Crowds: Insight episodes 1-12 (Complete. A sequel series which had its issues when it came to the new characters and a storyline that I didn’t engage with as much as the first season.) 3/5 A Couple of Cuckoo's Episode 9

In the Heart of Kunoichi Tsubaki Episode 11

Shikimori's Not Just a Cutie Episode 9

Trapped in a Dating Sim: The World of Otome Games is Tough for Mobs Episode 12 (Complete)

The Poem of the Wind and the Trees

Another anime that I have been meaning to watch for ages, this is the only anime from Yoshikazu Yasuhiko's filmography I hadn't seen so far (excluding Cucuruz Doan's Island). Based on an influential manga of the same name and dealing with same sex relationships at a boys boarding school it was a film that could have been problematic in it's depiction of the main events of the manga but with Yas's deft touch it's an incredibly engaging and touching story that is well worth a watch.

While I really enjoy all of the SD Gundam anime, the two episodes of MkIV are my favourite, both are brilliantly silly and laugh out loud funny and episode 2's spot on parody of both UC Gundam and Wacky Races is especially delightful.

AMAIM: Warrior on the Borderline - Episode 23

Setting up for an interesting conclusion.

This is a very controversial OVA series I had read a lot about over the years including a fascinating and insightful article about episode 4 of Cream Lemon 'Pop Chaser' in the Colony Drop fanzine. After watching OOPArts - Oman last week I wanted to watch it as this type of anime was very prevalent in that mid 80's OVA period. Episode 4 is the odd one out as it has some really nice mecha/vehicle artwork and animation around the rest of the more problematic content.
Last edited: 20 June 2022

HWR said:
Gasaraki episodes 19-25 (Complete. Whilst I enjoyed this series I felt it could have used a few more episodes to flesh out the finale.) 3.5/5
Click to expand...

I'm a big fan of Gasaraki, I've seen it 3 times and it's quite high on my re-watch list as it's been over 10 years since I last saw it.

Orgun said:
I'm a big fan of Gasaraki, I've seen it 3 times and it's quite high on my re-watch list as it's been over 10 years since I last saw it.
Click to expand...

Yeah this is one I’ll revisit in the future as I felt it warrants a second viewing.

Genocyber OVA A gory OVA series from the mid 90s that delivered on the bloodshed and violence more so than a memorable story though I still found it watchable thanks to its blend of action, sci-fi and body horror.) 3/5

Doctor Who: Attack of the Cybermen Uncommonly continuity-heavy and sporting a great guest cast (Brian Glover gets the best one-liners) and Colin Baker and Nicola Bryant are on form too.
Last edited: 21 June 2022

This show is wild. Highly recommend going in blind.
Click to expand...

Didn't think this was meant to be good but I'll give it a shot now on the back of that recommendation!

RikeKoi s2 e12 (complete)
Blimey, this didn't just take a dark turn it took a dark triple back flip. Let's add some drama, we need a villain, how do we make sure people know he's bad, I know kidnap and sexual assault (didn't manage to get as far as the threatened rape luckily!)

This season was cruising towards the same, maybe, even better score than the first season, but that just soured everything.
6/10

Aharen-san wa Hakarenai ep 12 (complete)
Meaning.
A fun lighthearted rom-com with two endearing leads. The comedy was fairly gentle and whilst they were sweet together there wasn't much witty banter between them, so a bit too gentle for me.
There were plenty of references, although some were a bit odd even if they were cool: Art and animation were quite good.
7/10

A Couple of Cuckoos ep 9
Amusement Park and fishing.

AUKN Staff
I’m quitting Heroing episode 12 Ambassador. (Complete. Not a bad watch but not as strong an offering as other recent fantasy anime have provided.) 3/5

Tomodachi Game episode 12 Rock, paper, scissors. (Complete. A series that kept me watching thanks to its twists and cliffhanger endings.) 3.5/5

Doctor Who: Vengeance on Varos A great writing debut from Philip Martin with a still timely satirical premise and memorable villains.

Eps 5 & 6 of Spriggan [complete]...looks like they'll be more with the way it ended. The Ancient Magus' Bride: The Boy from the West and the Knight of the Blue Storm - Episode 2

Healer Girl Episode 12 Gaining a C-Rank. (Complete. A music-based series with a core premise that was utilised pretty well which made this an interesting watch.) 3/5

I'm Quitting Heroing Episode 12 Ambassador. (Complete. Average at best but nowhere as good as any of the more recent fantasy anime outings.) 3/5

Jujutsu Kaisen Episodes 1-12 (subbed and dubbed as in I switched between the two a bit but watched about half subbed and half dubbed) - Initially I thought maybe I agreed with other's opinions that this show is a bit hollow/empty, but as it went on it actually did develop more depth, and I'm now hooked, particularly considering that while initially some of the villains were a bit one-dimensional, there's now been a progression to viewing things like
school bullying and the loss of a parent by the same person who was being bullied, who then turns their anger outward
with more compassion and nuance than is often shown in series of this type. Additionally, this is pretty far into real horror for a shonen series both in terms of some of the brutally violent things that happen and for its psychological angle - I'm terrible with live-action horror films, I can barely handle any gore or anything along those lines at all, but I enjoy such things far more in animated form so for me, this was a real treat. Also, the animation is excellent, the music is good and it does have its elements of comedy to provide a bit of levity, which I enjoyed, and the movie fandom aspect adds a lot, dub was pretty great too (certainly more than good enough for a series of this type). So yeah, colour me impressed - I'm not planning to buy much of anything I don't need for a while but I am definitely planning to pre-order the Season 1 Part 2 CE for this if Anime Limited do put it up in July as they indicated they likely would in their last newswire I have not listened to the included OST CD yet but I will at some point and say what I thought of it as standalone music

Future Boy Conan Episodes 1-7 (dubbed) - I don't think the dub for this is quite as amazing as some people have said but it is still very good and I am really enjoying finally having a physical Blu-ray set of this to watch (I've seen some of it before but not all), I have Part 2 pre-ordered as well and I'm aiming to finish the first part long before that arrives. As this is the only TV series Hayao Miyazaki ever directed it is interesting to see how he goes about it, it's a fun adventure story with the usual environmental messages, innocent romance and theme of flight that you see in his other work, and it's well-paced from episode to episode. It is also remarkably well animated on the whole considering its age and that it is a TV production, this did not greatly surprise me in light of its pedigree but is worth noting for anyone who has not seen it yet and is wondering how it holds up visually, it is overall not quite on a level with early Ghibli films but it does look good. I can see why it is considered a quintessentially classic anime, and look forward to sharing more of my thoughts when I have finished watching all of it
Share:
Facebook Twitter Reddit Pinterest Tumblr WhatsApp Email Share Link
Top