AUKN Staff
This went way under the radar on my end. Vertical Comics announced they would announce some new light novel acquisitions but this time they dropped a huge one. 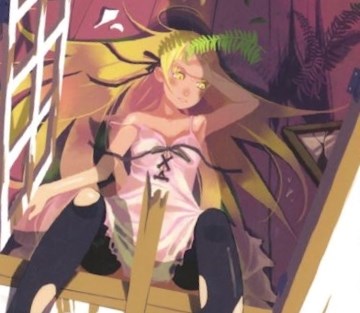 Vertical Comics have announced they will be releasing Kizumonogatari, the third in the Monogatari series of light novels in English for the first time. The publisher have announced they only have the rights to Kizu at this time and is expected to be released in November. 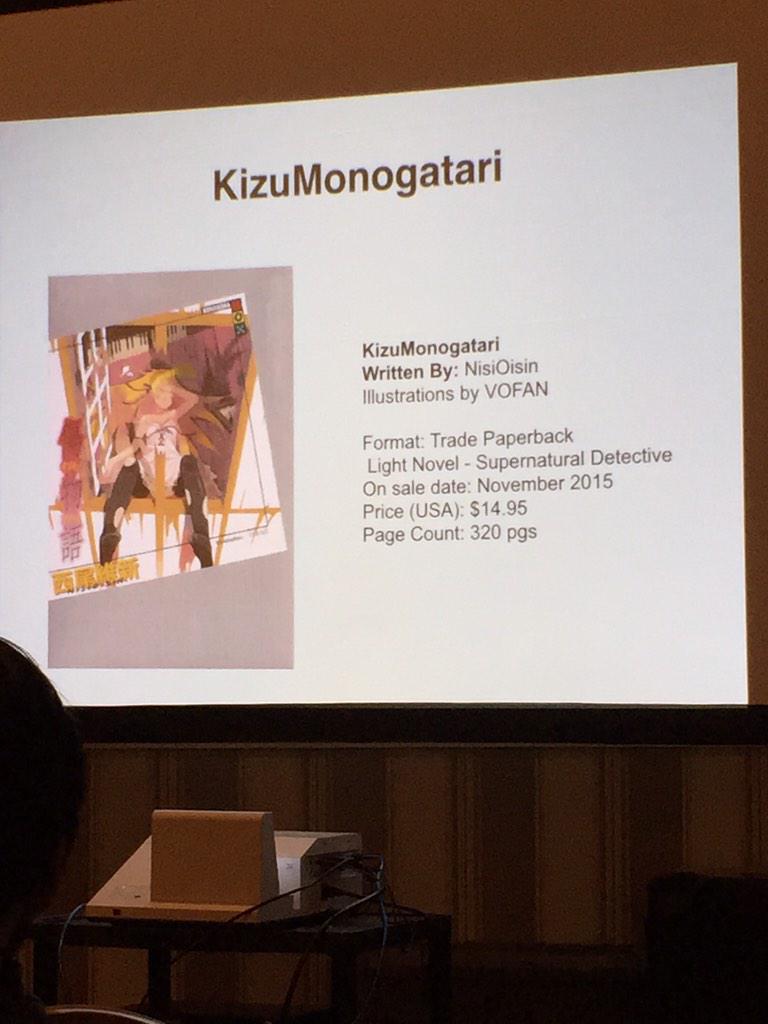 Vertical Comics have also announced they will be releasing the prequel to the shonen manga Seraph of the End. The light novel prequel offers a back story to the main series and will be released in English as an omnibus edition, no release date has been confirmed or announced at this time. Seraph of the End will soon have its anime adaptation airing in the Spring season from the same animators who worked on Attack on Titan, Wit Studio. The on-going manga version is currently available in English by Viz Media.

And last but not least, Vertical Comics have announced they will also be releasing the cyberpunk manga Ninja Slayer. The manga will soon be receiving an anime adaptation from studio Trigger (Kill la Kill, Little Witch Academia) in the future.

Ohhh nice. Shame it's only the prequel novel at the moment, but hopefully it sells well enough so that the others can be picked up. I'll be looking to nab it when it hits the shelves at the very least. And i guess it's a small consolation for the movie we may eventually(not) get

Kizu is a definite buy for me. I've been hoping someone would take a chance on the Monogatari light novels some day. I do feel sorry for whoever has the task of translating it though.
Hopefully it sells well enough for Vertical to pick up the other story arcs. I find it interesting that they are releasing Kizu first, which might suggest they intend to release the Monogatari's in chronological order rather than publishing order (to clarify, Kizu is the earliest story arc in the Monogatari timeline, but was the third LN to be published in Monogatari Series: First Season). It should get some extra sales from the anime fans who don't normally go for manga/LNs since many of them are frustrated at how long Shaft are taking to make the Kizumonogatari movie that was promised a few years back.

Definitely interested! I just recently watched Bakemonogatari and read up on the rest of the arcs. I imagine the light novels to be a great read, judging from the dialogue in the show. I don't want to invest in all of the anime, but I would be interested in reading this and deciding from there. Good timing for me as I was wondering if I would change my mind about the show, but I'd rather experience it this way, if it fits my taste.

I imagine my sister shall be interested in the prequel to Seraph of the End seeing as it's the only ongoing manga she actively keeps up with. I have volumes pre-ordered for her and everything, which is not like her. So she must enjoy it!
B

Yes, yes, yes, YES!!! The movie wont be coming out until the rest are animated so this will do! Pretty sure this is really action packed too.

Ooooh. I read the 2 Zaregoto Nisioisin novels which Del Rey put out years ago and really enjoyed them, so I'll definitely pick this one up. Here's hoping it does well enough to get the rest.
S

Holy hades... didn't see that coming but my wallet will support the move

How are vertical in terms of LN translation quality? Doesn't seem like they have many novels out so far.

Something which I never thought we'd see in a million years, but I'm so buying this. Only thing that remains to be seen now is a) how good the translation is and b) if it comes out digitally too.

Vertical's manga translations are very good IMO so this one should be too.
R

I'm much more happy with this, I'll definitely pick it up in November and then hopefully we get the rest of the Monogatari novels.

I'm much more happy with this, I'll definitely pick it up in November and then hopefully we get the rest of the Monogatari novels.
Click to expand...

A couple of bits from Vertical's ask.fm page that might be of interest:

Kizu is being released first because NisiOisin told them to do it this way.
http://ask.fm/VerticalComics_Ed/answer/124050356792

A solid acquisition. I'd rather someone finished Zaregoto one day but at least this softens the frustration of waiting for the film to appear. I feel less and less interested in the Monogatari anime adaptations each time because the annoyance of not having the backstory makes it feel as though I'm missing out on a bunch of references; getting this book out first to test the waters is a good move.