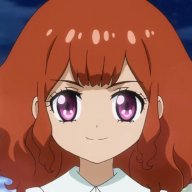 ...which worked, and has been going for three years now. :wink:
R

...which worked, and has been going for three years now. :wink:
Click to expand...

couldn't of been that good, they've not shown WWE and lost TNA
A

Maybe my bursts of logic showed him the holes in his very holy plans.
M

X_nick_X said:
Maybe he's an euntropenuer you know one of those people who start up a market and get rich like the owner of virgin.

Hey you never know worlds got 6billon people in it everyone has diffrent ideas if this guy says he can open an all anime /manga(no idea how that works).Channel may as well give him the benfit of the doubt :wink:

He'll never get rich showing anime on a 24/7 channel. If anything he should expect to lose lots of money for the first 24 months at the very least because of the operational, and administration costs alone, leaving out the constant negotiations needed for acquisitions, and promotion of your channel to the masses. Manime, why you want to start a channel about a media you seem to know little about by your posting, I don't know, but hey! If you got very deep pockets and can stand the losses for that long, or even longer, I'll be there watching and I'm sure if you do this right lots more will follow. Have you got the true grit to pull it off? :wink:
L

Maybe this is how rumours get started? I don't have sky digital, I only have that freeview box.
M

I am only one step above you with NTL so I'd never get a channel like Rapture dammit
Click to expand...

Who needs Rapture? Everything is online anyway and without adverts, but that's all a bit dodgy.
G

Rapture we can tape it without the guilt :shock:
M

But it's one of these laws that the law doesn't care about. When was the last time you heard on the news "Over 100 TV recorded movies were found in the suspect's house"?
G

Wow talk about being petty.

If I like it I get the DVDs. I think video sites are the best way to expand the Anime audience.
M

An all Anime/Manga TV channel in the UK would be nice.

For Manga, you could do a Jackanory style program, using a picture in picture format. The main being a closeup of the page being read, the smaller being of the narrator :wink:
M

That has been amended years ago when the agreement was entered into that adds a small percentage to the price of any domestic video recording device which goes into a central fund of the MPAA allowing you to record and watch anything you want off a broadcast and watch it as many times as you like, as long as you don't make copies of it and sell, or even give it away to anyone else outside of you home. This does not include downloading without permission though as a PC is not considered a video recording device, yet and is therefore not covered by that pricing agreement. That is a different kettle of fish. :wink:
N

Espy said:
Prove you have the money, resources and will to start an anime channel then we'll talk.

I wouldn't want the owner of the UK's only anime channel to have little knowlege of spelling, punctuation and grammar either, as that's something normally associated with kids and teenagers.

*edit* and how do you plan to show manga on TV?
Click to expand...

Exactly what I was thinking, except a lot less abusive.
J

This is a hoax, trick whatever. Bored little 14 year olds i'm telling you. I don't think an all anime channel would work, people would get sick of one series if it is shown over and over.
C

We used to have a predominantly animÃ© channel in the UK - CNX, which became Toonami a few years ago after ratings dropped. It showed martial arts movies in the evenings, Cowboy Bebop and Outlaw Star at midnight, and the usual Tenchi/Gundam/DBZ Cartoon Network purchases during the day.
G

Now it shows pokemon and well it's not toonami some of there programs aren't even cartoons.
N

Why start a channel if they can bring ANIMAX network here on UK? Animax is a 24 hour anime channel, it spread all over Asian countries, Latin Countries, in India has Animax. I think they will still launch it in US I don't know when or already started. But an anime channel is really good. Digimon, Hello Kitty, etc for the little ones in the morning and the best and popular anime in the afternoon and in the evening and they could show more serious (i mean graphic) anime during the middle of the night and these will target anyone........
Share:
Facebook Twitter Reddit Pinterest Tumblr WhatsApp Email Share Link
Top