“As long as war is regarded as wicked, it will always have its fascination. When it is looked upon as vulgar, it will cease to be popular.” – Oscar Wilde.

WARNING: Spoilers to Part 1 ahead

When reviewing the first part, I said that often the series seemed to drag, but in order to get a better view on the whole of Gundam ZZ the second part needs to be watched too. As before, there are some exciting moments, but at other points the series does feel a bit slow.

Part 2 resumes with the pilot of the Double Zeta Gundam, the Newtype Judau Ashta, and the crew of the Argama in the African desert, with Judau desperately trying to find a way of rescuing his sister Leina from the Zeon forces and, in particular, Haman. This leads them to Dakar where Judau manages to free Leina and come face-to-face with Haman. He injures them both, but the siblings escape. 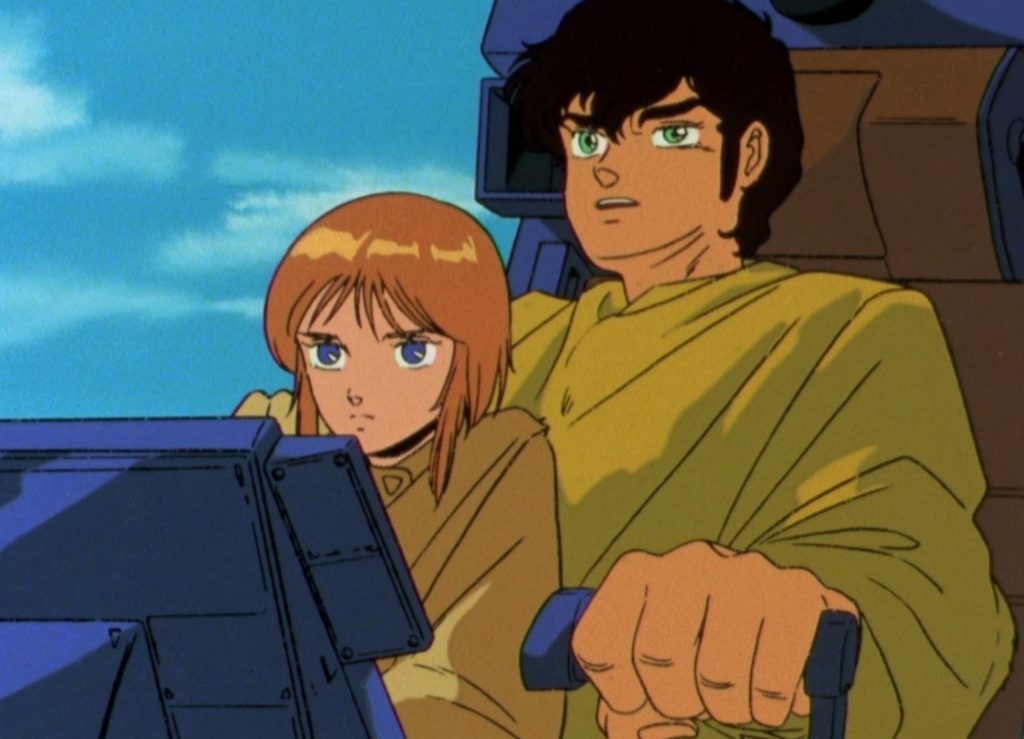 However, while hiding on an island, Leina runs a fever. While Judau is out fighting, she is cared for by someone else, a girl named Elpeo Ple who is an artificially-created Newtype originally made for the benefit of Glemy Toto of the Neo-Zeon forces, but who later falls in love with Judau and joins him instead. She is also one of the few anime characters to be named after a hentai magazine (her name sounds like “L People”, a nickname for Lemon People). While Ple goes out to find some water to cool Leina, an enemy mobile suit crash-lands on the hut Leina is staying in. Thus it is assumed that Leina is dead, although no body is found, thus still giving Judau some hope.

New schemes are developed by both sides. Glemy creates a second Ple to fight alongside him, while the Argama travels to Dublin, where they learn that the ship is to be decommissioned, and that Fa is working in a local hospital that Kamille is recovering in. Things however become ever more troubled when Haman launches her latest plan: to crash the Side 4 colony directly into Dublin. After this, the Argama crew are sent back into space on a new ship, the Nahel Argama, where the final fight between the Judau and Haman takes place. 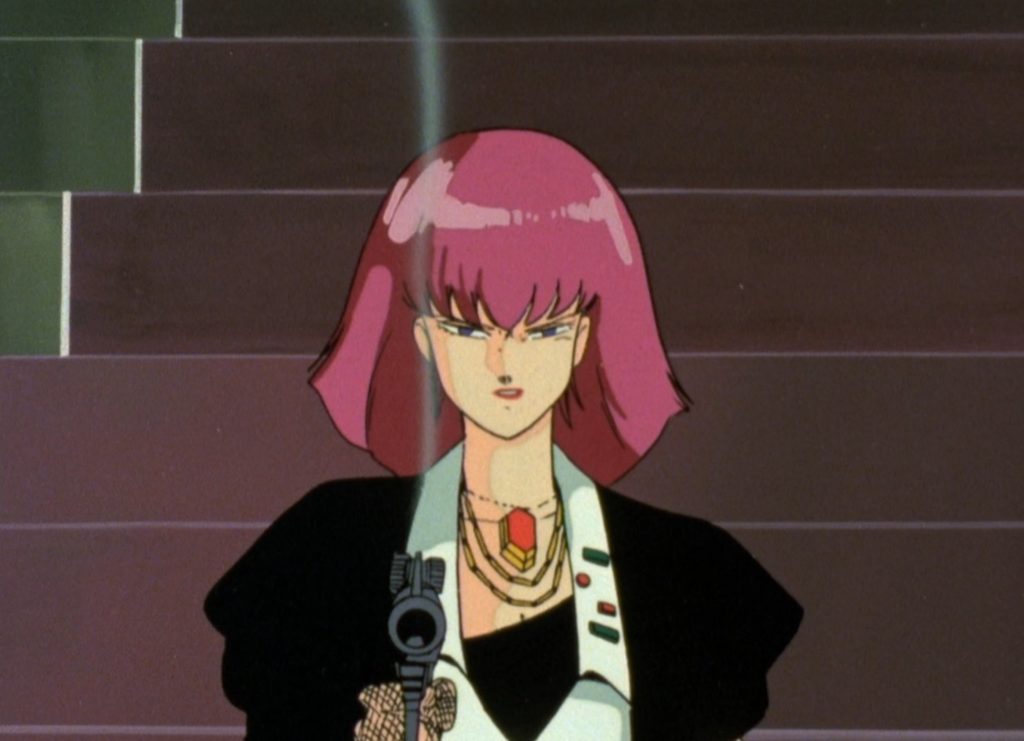 While the second half of this series certainly contains some more thrilling story lines (and, let’s face it, a massive space colony crashing into a major city is a thrilling story) you still feel that most of the episodes are just plodding on. There are some strange moments too. For example, one of the stories sees them enter a colony run by a corrupt ruler with his own harem, so in order to save the women on the Nahel Argama from ending up in it, Judau and some of his fellow male crew try to smuggle themselves into the ruler’s HQ by crossdressing.

The latter episodes, in particular, seem to drag on. Perhaps it is because they feel similar to the endings of the first two series, in that you know there is going to be a big battle and that at least one or two of the main characters are going to be killed off. You begin to worry that the series was at this point retreading old ground. You get the feeling that ZZ Gundam is the “difficult third album”. However, it’s nice to see some of the characters from the previous series reappear in this collection, such as Sayla Mass. 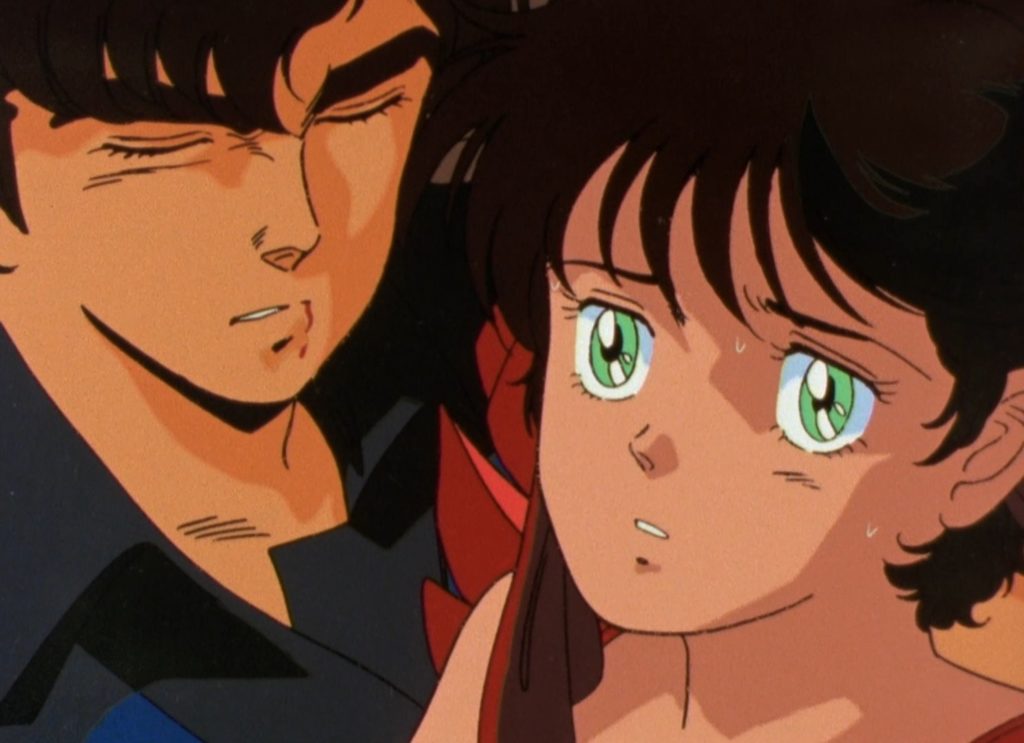 Agian, as with the previous collection, there is no English dub. You only have the Japanese dub with either English or French subtitles. Extras include textless opening and closing, which are an improvement on the songs used in the first half of the series in that they don’t claim the series is “not an anime”. There is also an art book.