Patient-X said:
From now on I shall call you Brian

Yes Americans think that the British fall into London accent or Downton Abbey. It's ignorant as hell on their part seeing as we as a culture are aware of their different accents State dependant but meh, I'm not gonna get offended by it. If I did it would open a whole can of "what else can offend me" and I don't care to waste time on that. It's pretty hard to offend me and usually I play off peoples attempt or unintention to do so anyway

Black Butlers the same with Baldroy, Finnian and Mey-Rin but I love all 3 of them and as said before, it's typical of the time period and where it's based etc etc.
D

As @IncendiaryLemon said, it's set in the Victorian era, yet despite knowing that the era existed outside of London, you still tend to automatically conjour up images of the typical "Dickensian" style of dress, mannerisms, behaviour, classes etc. It's hard not to!

AUKN Staff
They’ve managed to make $180,000 for the Season 2 dub. Waiting to see what the cost for both seasons would be and considering a pledge.

HWR said:
They’ve managed to make $180,000 for the Season 2 dub. Waiting to see what the cost for both seasons would be and considering a pledge.
Click to expand...

Plus $15 for shipping. Just updated to Kitchen Maid 2 as I’d rather have both seasons.

Plus $15 for shipping. Just updated to Kitchen Maid 2 as I’d rather have both seasons.
Click to expand...

House Maid Deluxe 2 is $150 and comes with the chipboard box so I’m sort of tempted but it’s a lot to invest.

HWR said:
House Maid Deluxe 2 is $150 and comes with the chipboard box so I’m sort of tempted but it’s a lot to invest.
Click to expand...

Patient-X said:
Plus $36 shipping, so about £140...then customs fees on top I would imagine

Yeah it’s the customs that would really irk me, unless it’s a UK reship or prepaid.

Having just recently got my Aria set from them, they valued each item at .01 USD for customs.

AUKN Staff
Ah I see, thanks for the heads up that’s useful information for Emma or any future Rightstuf kickstarters.

AUKN Staff
I watched a few episodes and really liked what I saw so decided to put my pledge in for the Deluxe House Maid 2 tier since I wanted the chipboard box. This is my first Kickstarter backing so I’m interested to see just how it all turns out.

AUKN Staff
I did debate with myself on slack backing Season 2 but in the end I’d rather have it all paid for at once. As for the dub I’m interested to see how it turns out, as it’s hard to get an opinion from a few test recordings.

Thankfully the only major purchases I have coming up are one or two potential MCM titles and the K-On!! PE. It’s December I’m concerned about.

I went for the bare bones Kitchen Maid 2 as I’m not fussed about all the extras. I hope the dub turns out well but I probably won’t listen to it as I don’t watched dubbed anime anymore, I just want both seasons on BD.

I might get the art book after if finishes though...just can’t afford to get it now.

AUKN Staff
The art book looks interesting, and thanks to the stretch goals should be of a nice quality. Not sure if it’s worth the extra $80 though.

My Emma Kickstarter is finally in my right stuf account. A bit late, but several characters have been cast in the last few months. 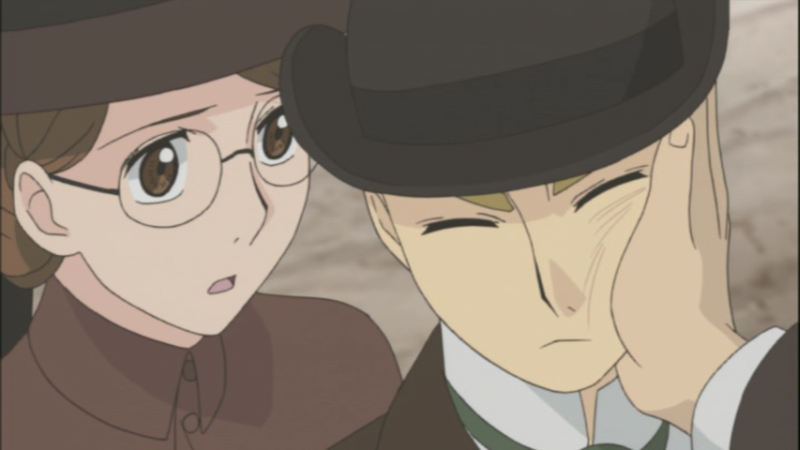 Nozomi Entertainment announced that Tara Tisch-Wallace will play the part of Vivi in their English dub for Emma: A Victorian Romance.

AUKN Staff
I’m looking forward to seeing how this turns out. Hopefully they’ll give us a few more clips as the dubbing process progresses.