Dragon Ball Z: Movie 7 “Super Android 13” (known in Japan as “Extreme Battle!! The Three Great Super Saiyans”, which you have to at least admit is bit more inventive) was first shown in Japanese theatres in July 1992, around the same time Piccolo and Android 17 were fighting each other on the TV show. This means film-wise there aren’t a lot of new powers on show here that weren’t featured in the previous film, but does mean Future Trunks, one of the most popular characters in the series as a whole, has a prominent role.

The plot is rather simple. Much like the last two movies were “Frieza was good, let’s give people a chance to pay money to see more”, Movie 7 is “Future Trunks and the Androids are a popular thing at the moment, let’s just do that again.” It literally opens with a recap of Android 17 killing Dr. Gero from the original plotline, but then we see deep underneath Gero’s lab are pods containing Androids 13, 14 and 15… who are seemingly completely obedient and extremely powerful, which makes you wonder why Gero activated the potentially mutinous 17 and 18 first, really… Anyway, it is implied that Gero’s computer continued work on 13-15, though, given everyone’s looks, it clearly didn’t take the machine long to finish them up and they soon arrive in the middle of a busy town to find Goku, who is out shopping and eating lunch with his family and friends. 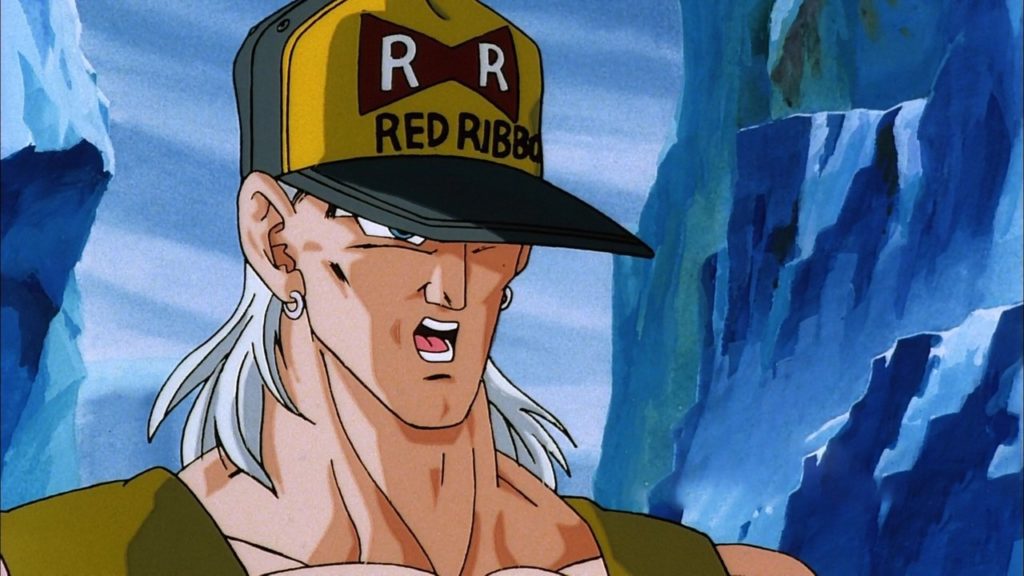 That’s pretty much your plot! The Androids are led to an icy wasteland so innocents don’t get hurt, and soon Goku is battling the titular (in the US) Android 13 while Trunks and eventually a jumping-in Vegeta fight the other two. After several minutes of being beaten back, the three Saiyans finally decide to turn Super Saiyan, creating the titular (in Japan) three Super Saiyans. Eventually 13 fuses with 14 and 15 and become a horrible blue and orange, Vegeta-hairlined monstrosity to lead to the big end-fight. It’s a fun film; it doesn’t waste time in just giving you some new fights with three popular characters (plus some brief appearances from the likes of Gohan and Piccolo).

Dragon Ball Z: Movie 9 “Bojack Unbound” (known is Japan as “The Galaxy at the Brink!! The Super Incredible Guy” … yeah okay, the US title wins this round) was released once again in July, but the following year … in 1993 (I suspect you could have worked that one out, but I still felt the need to write it) the same month where the whole Androids/Cell arc was airing its final few episodes. This means everyone has their abilities from the arc as a whole, in fact this is one of the films that can pretty easily fit into the established timeline (along with Movie 1), with one small hole. 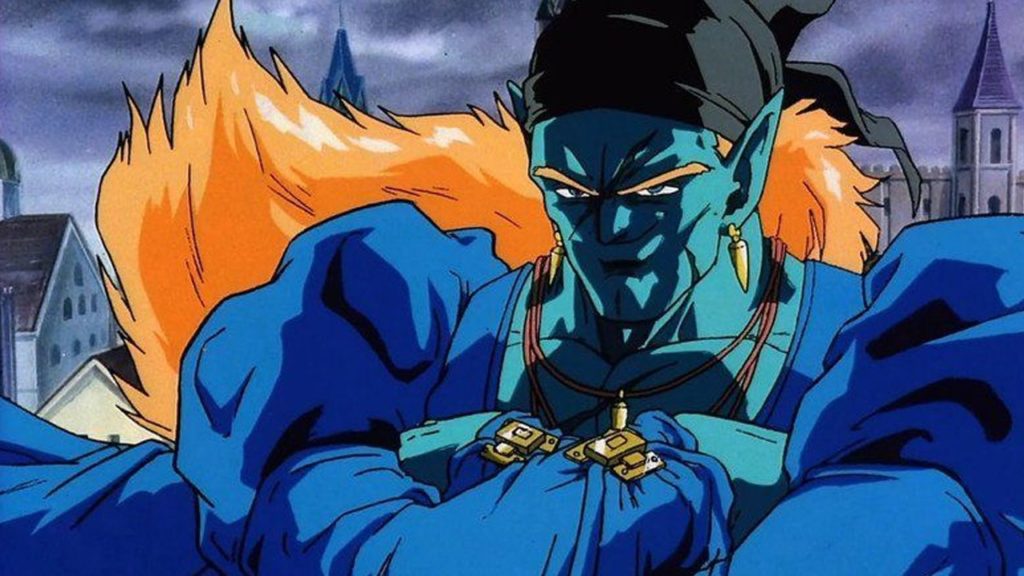 A special “Galaxy wide” tournament is held by Mr. Satan and several key characters decide to enter. Future Trunks is back, but it’s stated in dialogue that he returned to tell everyone he had defeated the Androids and restored peace to his future, something he said he’d do (and in an alternate timeline was killed by Cell just before doing so) so that still fits. Vegeta doesn’t enter because he doesn’t see the point in fighting now Goku is dead (something he hinted at after Cell’s death, but was never really explored in the manga/show) and Gohan has his latest Super Saiyan 2 form, though he doesn’t know how to achieve it at will (which makes sense based on past experiences with new forms). So really the only thing stopping it from making perfect sense is scenes with Goku and King Kai in the afterlife, living in a wooden house along Snake Way, which, in the anime at least, is shown to have been something they did right away after his death and then leave a matter of hours later. It’s a small hole, but it’s undeniably there. Maybe this is canon to the manga, but not the show! Or maybe it’s just another film that happens to be set at a time in between arcs, making it fit naturally. Who knows?

The tournament is a strange one, with battle royal phases and traditional phases (one fight featuring Tien vs. Future Trunks, giving the three-eyed human one last bit of movie glory after his last appearance in Movie 3) before the top competitors are sent to do battle with “evil aliens” which were supposed to be people in suits, but end up being actual aliens and space pirates to boot! Bojack and his crew were, somehow, sealed beneath King Kai’s planet, and when Cell self-destructed and destroyed it, they were set free. From here it turns into a regular movie, with plenty of fight scenes, Vegeta getting his mojo back, and a finale that sees Gohan re-achieve his Super Saiyan 2 powers in time to re-enact his one-punch kill-fest from the Cell Arc. Obviously a key difference here is the lack of Goku physically taking part, well, pretty much, although he does still feature heavily, but otherwise it starts off with a unique spin, but it soon becomes standard action-heavy fun. 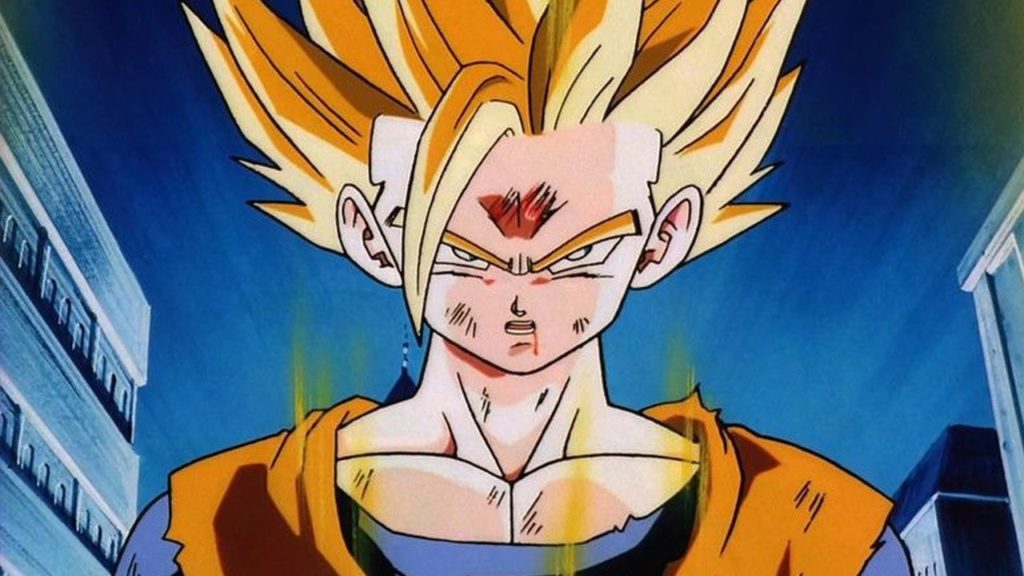 As is the standard with these releases, the only bonus are some trailers, and that’s it. So, should you pick up this “movie pack”? Yeah! If you’re in the right mood, they’re both good examples of well animated action, now with nice and brightly cleaned-up pictures. I mean, don’t buy them if you’re looking for character development, plot or any kind of … writing, but if you just want two 45-minute slices of action, these are two of the better examples to be found in the first 13 DBZ movies.