Distributor Anime Limited have revealed the 6th Day of the Christmas sale with a surprise announcement for the Persona fans.

Folks who have missed out on the Collector’s Edition Blu-ray sets for Persona 3 the Movie will be pleased to know that Standard Edition Blu-ray sets are now coming soon after Aniplex had offered them clearance to make it happen. To celebrate the news, Anime Limited will be offering a special box to house all four films in one place similar to how both Full Metal Panic! and Gurren Lagann’s 2017 re-release were handled. This box will be using artwork taken from Persona 3 the Movie -#4 Winter of Rebirth- for those curious. 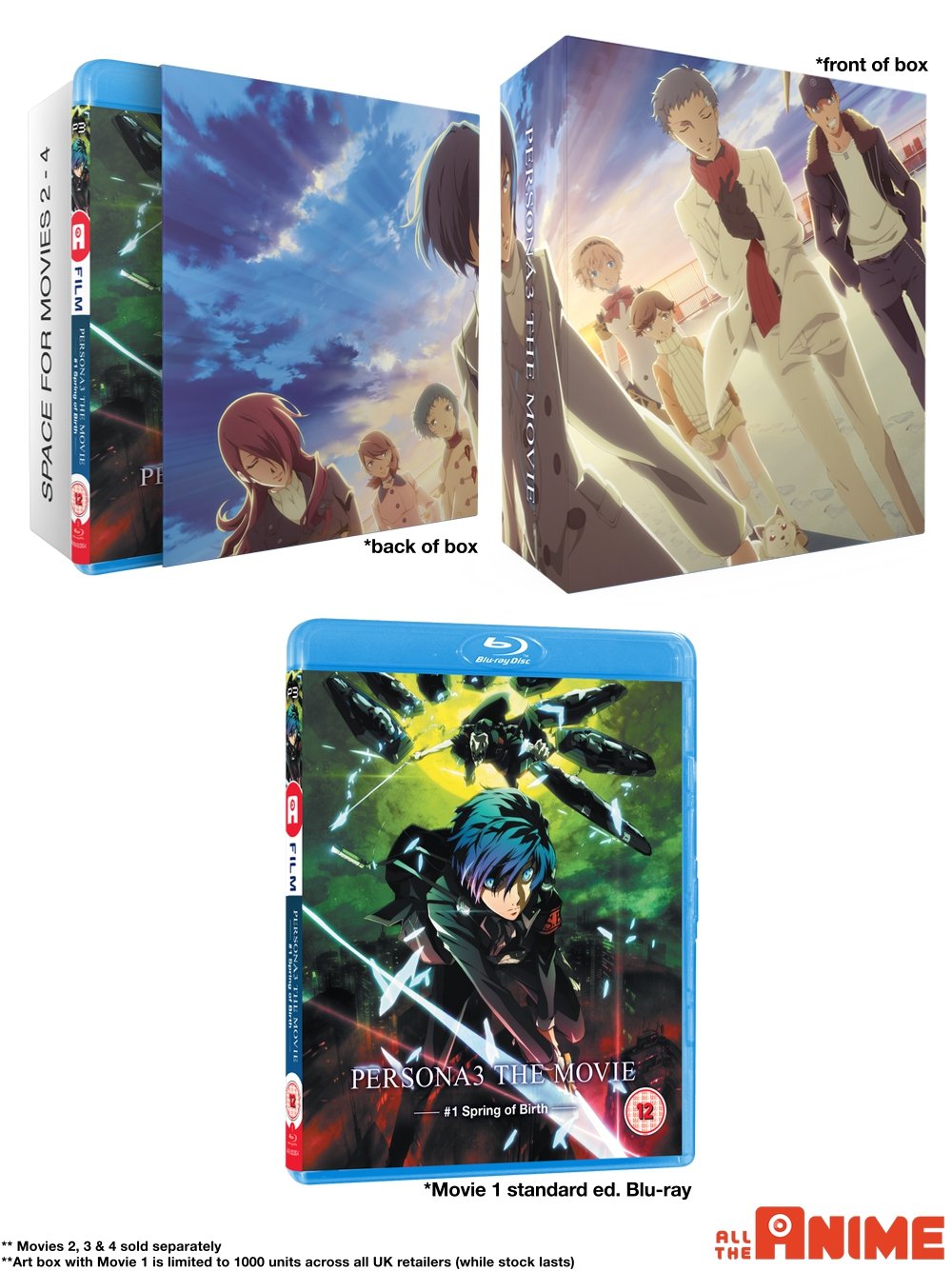 Each standard edition Blu-ray set for the films will be sold separately and are currently due for a 2018 release. The on-disc contents from the collector’s edition Blu-ray sets will be the same for the standard edition version. In addition you can order the release at an ‘EXTREME Early Bird’ price offer as part of Anime Limited’s Christmas sale for Day 6 – 250 units are only available for this offer of £34.99.

Click to view slideshow.
Just like the collector’s edition Blu-ray and standard edition DVD sets, these films are only available in Japanese audio with English subtitles only. Aniplex of America never bothered to give them an English dub due to how well the Japanese versions were selling.

The Suggested Retail Prices were also confirmed for these titles; Movie 1 with the Box will be £24.99, while Movies 2-4 will be £19.99. The Box that is included with the first film will be available for the first 1000 units across all retailers, so once it’s gone the SRP should go down to £19.99 to match the others.

Last but not least, we can confirm that the audio issue surrounding Persona 3 the Movie -#2 Midsummer Knight’s Dream- has been fixed for the standard edition Blu-ray release. The issue was due to the audio mixing not being correct and causing a weird viewing experience. MyReviewer & AUKN’s very own Just Passing Through explained it better in his review. To receive the replacement you will have to contact Jeremy Graves via E-Mail using jeremy@alltheanime.com with a proof of purchase that you bought & own the set as well as where you ordered it from.

That’s it for the Persona news, don’t forget that if you are really interested in checking out the original source material they are available to own through the PlayStation Network for PlayStation 3 (via Shin Megami Tensei: Persona 3 FES) and PlayStation Vita (via Persona 3 Portable).