A reintroduction I guess 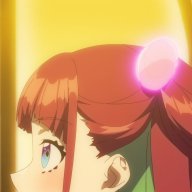 After my two month break I thought I should do a return post. You'll probably remember me as that guy who really liked Laid-Back Camp (heck my avatar speaks for itself). Other than that while I do watch a variety of genres I generally lean towards the slice-of-life/cute-girls-doing-cute-things type of shows (Asteroid in Love, Comic Girls, Demon Girl Next Door). Aside from the Kirara type stuff other series I enjoy include Macross, Monogatari, March comes in like a lion, A Place Further than the Universe, Bloom Into You, Symphogear, [email protected], the Fate Franchise and works by studios Trigger and KyoAni.

Since watching Fate/Apocrypha episode 22 I got a big interest in anime production and sakuga animation (so much so that I watched Azur Lane episodes 4 and 8 out of context just for the sakuga). I also have a pretty big home video collection that I'll definitely get around to posting pictures of in the relevant thread, may even have to skip out on next season of simulcasts since there's just so much I've bought and not watched...

Anyway it's great to be back