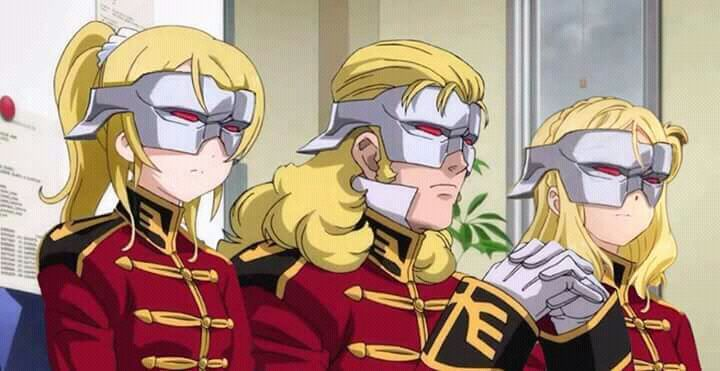 Sunshine!! Season 2 is still as solid as the first season. The show still has that same structure but it does manage to diverge a lot to make itself stand out against School Idol Project, for example you see Saint Snow (this show's friendly rival group) actually fail and showcase the aftermath of what happened which I felt was one of the season's best side plots which was followed by an episode focused on Ruby wanting to do a song for her sister with Saint Snow which I also enjoyed. There's also individual episodes dedicated to specific characters like Dia and Riko & Yohane, but not everyone gets their shine. The idea that they were not able to save their school is an interesting change, but the show still keeps its structure in terms of the group eventually disbanding at the end of the series due to the third years graduating and leaving.. Aside from that, Sunshine!! is still an enjoyable experience and Sunrise does the job when it comes to music, visuals and characters. 7/10.

Mobile Suit Gundam Unicorn is quite hard to explain in words. Let's start with the visuals, the animation is really good and I like the character designs as it keeps the classic feel considering it's set three years after the events of Char's Counterattack. Characters overall were interesting and I liked the MC even though he basically follows the same trope that previous Gundam pilots have done (war is bad, I don't want people to die) but at the same time he doesn't become annoying which is a nice change. His school friends had no development so they were expendable. Music was pretty good and pacing was solid considering these episodes are 60 minutes at length (with the final one being 90 minutes).

The issue that prevents me from giving this a perfect score is down to its story, it's quite convoluted. There's a lot of discussion over Newtypes that will flow over your head if you didn't watch Mobile Suit Gundam Trilogy, Zeta Gundam, Gundam ZZ and Char's Counterattack beforehand. I think my main issue is that I dislike the whole Foundation faction and the fact that, with the exception of Mineva, Neo Zeon don't have much of an impact as you would think. Like Full Frontal is considered the Second Coming of Char, but he's really useless until the final two episodes (and it doesn't help that he literally shares the exact same voice actor as Char, even though he's not actually Char but I get the idea). On the plus side, I did like the mystery behind the 'box' and what it actually meant in the end. Overall that being said, I do think Unicorn is very good and worth a watch once you have seen the main saga. 8/10.

AUKN Staff
That Time I Got Reincarnated as a Slime 2nd Season 2nd Part episode 39 The meeting. 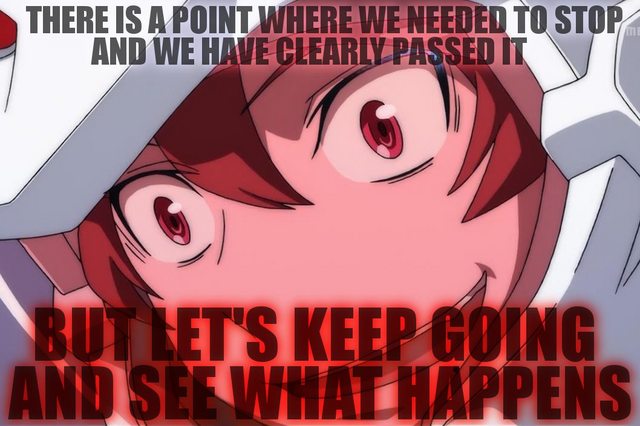 AUKN Staff
Drug Store in Another World - The Slow Life of a Cheat Pharmacist episode 3 A new assistant.

Drugstore in Another World: The Slow Life of a Cheat Pharmacist Episode 3 A new employee.

That Time I Got Reincarnated as a Slime 2nd Season Part 2 Episode 39 Congress.

All of Hayate The Combat Butler-not a bad show by any means but still entertaining to watch.

"There is a point where we needed to stop and we have clearly passed it.

But let's keep going and see what happens."
Click to expand...

No seriously, this show is bats**t insane with its development.

I can't comprehend what I have just watched.

Every episode goes off the rails. 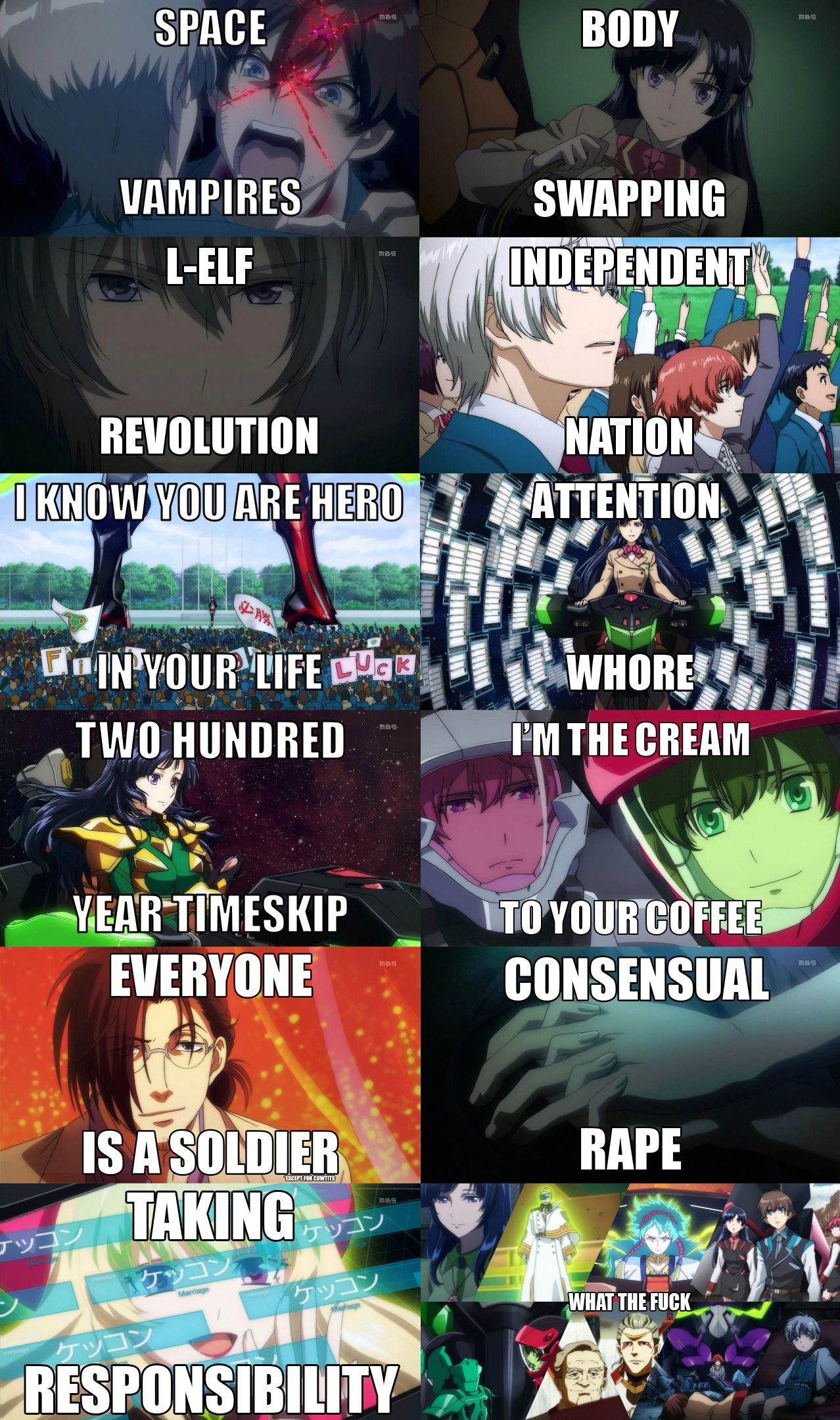 The Idaten Deities Know Only Peace episodes 1-2 Quite an array of quirkiness and brutality so far.

The Aquatope on White Sand Episode 3 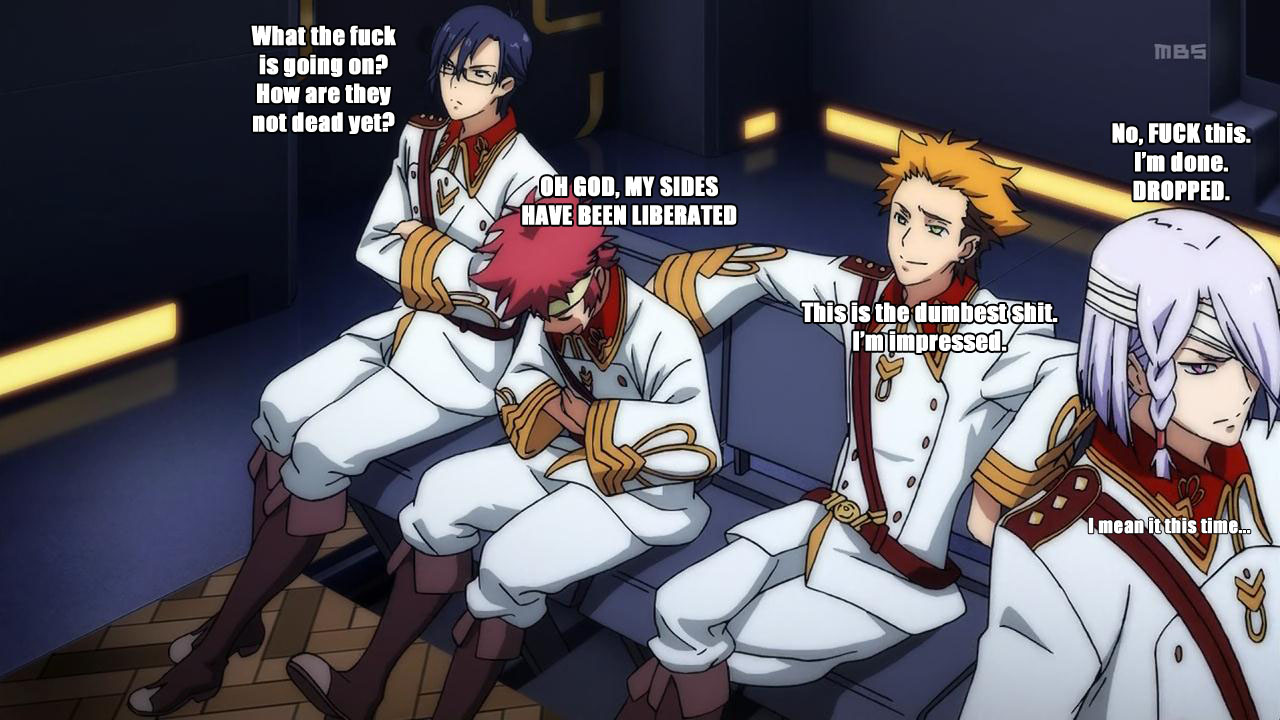 I don't know what to feel anymore.

Valvrave the Liberator is a fascinating series upon retrospective. The concept is very unique, the idea that you lose your humanity if you want to pilot a mech and the cool rivalry friendly interaction between Haruto and L-elf. The animation and music are also pretty good so Sunrise definitely delivers in that department.

The issue is that once you finish the first few episodes of the first season, the show decides to take the worst outcome in every decision that occurs. And then Season 1 ends with the most batshit insane idea which carries over into Season 2 in some impressive revelations but also more questions than answers.

As for Best Girl, Saki has the best hairstyle and voice but her introduction was so out of place that it ruined my interest in her throughout. And don't get me started on what happens later. I'll say this - I hate the trope where the MC dies and you see everyone else move on without them, it's just not my cup of tea and feels unrewarding.

Valvrave has been a wild ride for the most part, and I'll give the show credit for making me constantly remember the show to the point where I actively watched all 12 episodes of the second season in a single day because I couldn't get it out of my head. What I got was an okay but unsatisfactory ending to a trainwreck.

While I have my issues with the first season, that at least was consistent to some respect and did not go completely off the rails into plot points that I absolutely hated in the second season because it's inconsistent and also unrewarding. Which is why Season 1 gets a 7/10 and Season 2 gets a 4/10. Season 2 did start off pretty well but went so far down the rabbit hole that it lost itself in its direction.

Sunrise, don't do this again please.

My Next Life As a Villainess: All Routes Lead to Doom! X Episode 4 Tale and kiss.

HameFura, My Next Life as a Villainess: All Routes Lead to Doom! episode 4 Smooch.