WMD said:
Like the Hooters parody always being the exact same one with the same waitress no matter where in the galaxy they went.
Click to expand...

After watching more episodes I was thinking, actually it is the same one every time (although now I re-read your quote, that's what you said. I miss remembered it as "everyone they went to has the same layout with waitresses that look exactly the same"). Although I don't think it moves around, they go to the registry office most episodes too, so that must be in their home star system and that's where Dandy's local Boobies is.

Ascendance of a Bookworm ep 9
Learning the value of things.

ORESUKI ep 9
What is your motivation?

After School Dice Club ep 9
Evolving the rules.
EDIT: They answered the question that I had last week.
Last edited: 27 November 2019

Can't quite put my finger on why exactly, but Ergo Proxy has really grown on me over the past few episodes. The becalmed episode was particularly great.

Not much else to add to what other folk have already said; it's great, see it in the cinema if you can. I was a little surprised at how much the plot arc reminded me of a compilation film for a super robot show, but it's evident from beginning to end that Trigger are bringing their A-game here - it feels like the realisation of something that Imaishi has been building towards for his entire career. It'll be interesting to see what they do next.

Ahiru no Sora episode 9 Let’s go all the way.

My Love Story (Rewatch) episodes 22-24 (Complete. On rewatch the first six or so episodes feel a bit more repetitive than I remember but once some more interesting storylines come into play the series gets stronger and endearing. The last two episodes with the whole rival schtick still didn’t do much for me though.) 3.5/5

Doctor Who: Revenge of the Cybermen I’ve never had much love for this story but Tom Baker gets some great dialogue. Those Cybermen voices are pretty bad though, and they wouldn’t appear again until Season 19’s Earthshock in 1982. A tidbit is that the disc has a great documentary about the history of DW VHS recording and the underground bootleg network and the like-well Worth checking out.
Last edited: 27 November 2019

Yeah, I saw Promare last month at Scotland Loves Anime, actually, and I've got a ticket to see the dubbed screening of it at my local indie cinema on the 10th of next month.

Gurren Lagann and Kill la Kill are still tops for me, but you can't not like Promare!

It was great watching it at Glasgow Film Theatre among the usual enthusiastic audience. The biggest laugh was reserved for "Deus X Machina!!!" And rightly so!

Ascendance of a Bookworm Episode 9
Signing up and getting schooled in the value of money.

ORESUKI: Are you the only one who loves me? Episode 9
Motivational reasons and the return of bench-kun... again.

The Seven Deadly Sins: Wrath of the Gods Episode 8

Triage X complete
Enjoyed it. The action was good and it had some surprisingly emotional stories. Lots of fan service, though most of the actual boobs out fan service is saved for 'in the bath exposition scenes' which I suppose is one way to make exposition less boring.

WMD said:
most of the actual boobs out fan service is saved for 'in the bath exposition scenes' which I suppose is one way to make exposition less boring
Click to expand...

The Irishman (Film) Another great entry into the Scorsese filmography, and another exploration into the world of the mob with a focus on political intrigue. The de-aging wasn’t as jarring as I was expecting either and the cast give it their all.

Azur Lane Episode 8
At the center of it all.

High School Prodigies Have It Easy Even In Another World Episode 9
Pointless and futile resistance.

Azur Lane episode 8
Okay I saw people mentioning Hironori Tanaka was AD for this episode and damn was it good. Even brought in the talented Weilin Zhang and chin master Nakaya Onsen on key animation. May check out episode 4 as well since that was a solo by Enishi Oshima.

Rascal Does Not Dream of a Dreaming Girl 8/10

AUKN Staff
From Wednesday:
ORESUKI: Are You the One Who Loves Me? (Japanese audio) - Episode 9


Motivational screencap of the day: 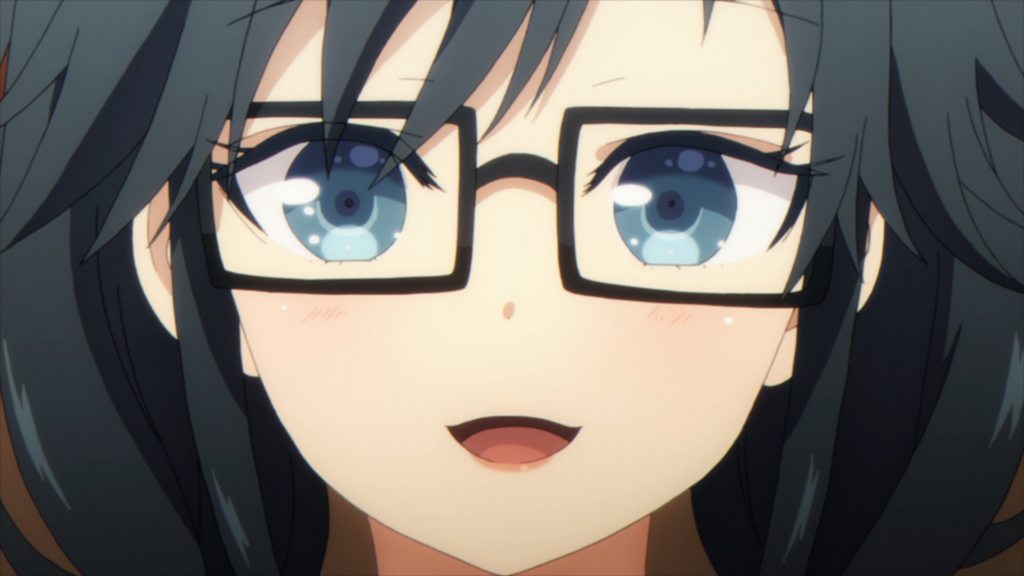 Fairy Gone s1 p2 e8
Now there's a clear threat for the protagonists to stop, this is much better. Although it was a bit spoilt by Marlya and Free making a stupid decision at the end. "Oh, I'm the key to the destruction of the world I'll just send my colleague away and then wonder off from where I was". Also Wolfran found her quite easily!

Stars Align ep 8
What is normal?

No Guns Life ep 8
The truth is revealed.