Didn't I Say to Make My Abilities Average in the Next Life?! (English Dub) Episode 2

Didn't I Say to Make My Abilities Average in the Next Life?! Episode 7
A day off and a trip to the beach.

Konosuba: God's Blessing on this Wonderful World! Legend of Crimson (Film)
(A decent, very hilarious and fun outing that had everything I was expecting from it. What surprised me was just how much funnier the comedy was. Overall this was a very enjoyable watch). 4/5

My Hero Academia S4 episodes 3-5
A

The Garden of Sinners Chapter 3: Remaining Sense of Pain and Chapter 4: The Hollow Shrine
H


Motivational screencap of the day: 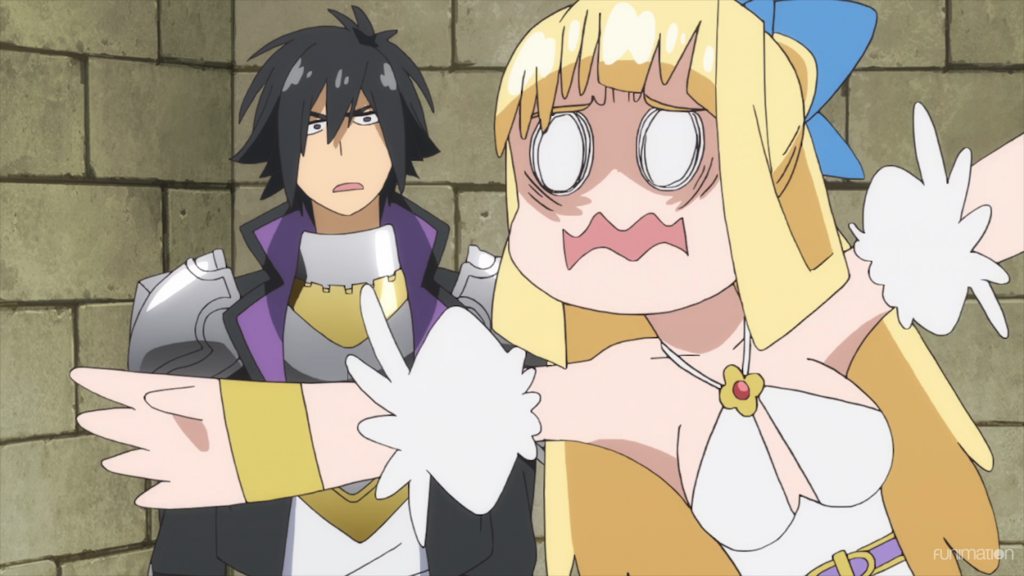 Tuesdays:
None to watch yet

Wednesdays:
Blade of the Immortal - Watched 4 of 24
Cautious Hero: The Hero is Overpowered but Overly Cautious - Watched 7 of 12
Kemono Michi: Rise Up - Watched 8 of 12
ORESUKI Are you the only one who loves me? - Watched 8 of 12

Sundays:
VINLAND SAGA - Watched 12 of 24 (on-going from Summer 2019 season)
Holding out for a big marathon one day.

As today was the day Deckard met Rachael in an alternate universe:
Blade Runner: Final Cut
Blade Runner: Black Out 2022
Blade Runner: Nexus Dawn 2036
Blade Runner: Nowhere to Run 2048
Blade Runner 2049
It was actually the first time I've seen this! Boy am I glad I didn't go to the cinema to watch it, talk about glacial and at nearly an hour longer than the original I felt there was plenty of flab (like the holographic AI. Her only importance seemed to be when she arranged for him to have "sex" with her so the person sent to spy on him could plant the tracker, which could have been done when they first met!) that could have been cut off the bones of what was a fairly interesting central plot point although I never really felt the importance of that knowledge was fully explained (although there seemed to be a lot of mumbled lines, so it might have been explained

), so there didn't really feel like there was any tension either. There were also so many arty shots just for the sake of it, it seemed.
All in all the same plot could have been done a lot better both in the telling of it and in the presentation.

Of course the original is as excellent as ever and Black Out is cool, I hope the upcoming series gets as much lavish attention as that did!
Last edited: 20 November 2019

AUKN Staff
After School Dice Club episode 8 Maids and board games (that makes it twice in like two weeks that this has been a combination.)

Ahiru no Sora episode 8 The truth behind the vicious facade.

Ascendance of a Bookworm episode 8 The truth cuts deep like the sharp edges of paper.

Ascendance of a Bookworm Episode 8
True identity revealed and a passing grade.

Cautious Hero: The Hero Is Overpowered but Overly Cautious Episode 7
Bugs and leaving a bad impression. Plus some more training.

Kemono Michi: Rise Up Episode 8
The thrills of wrestling entertainment.

ORESUKI: Are you the only one who loves me? Episode 8
Ohhh boy! Here we go again.

Radiant Season 2 Episode 8
When in doubt, it's best to talk things out.

The Seven Deadly Sins: Wrath of the Gods Episode 7
Successful trials and regaining what was lost.

ORESUKI ep 8
The harem keeps growing! An explanation of the cliffhanger and we bump into 2 more girls from the OP (I think we have the full set now).

After School Dice Club ep 8
Maid up to make a new friend (another foreigner who speaks perfect Japanese!)

Assassins Pride ep 7
A visit to another town.

Assassins Pride Episode 7
A field trip to a new town.

Azur Lane Episode 7
You are the Key.

High School Prodigies Have It Easy Even In Another World Episode 8
Fighting fire with fire.

Ep 21 of Legend of the Galactic Heroes: Die Neue These