Fun show, not the best ending arc but great animation. s2 is a far off dream but I enjoyed for what it was and would like to own it. 6/10 Samurai Champloo eps 11-14 (dub)
A Jin centric episode, a recap episode and a 2 parter centred on Mugan.
I'm gradually warming up to the male mains.

Karakuri Circus eps 35 & 36
Great penultimate episode with Shirogane and Narumi finally getting back to together in a beautiful moment and an OK finale with bad guy giving in and helping because reasons.
Overall the plot got a little convoluted and confusing in parts with seemingly flashbacks within flashbacks in the middle part, but the final cour concentrated on the present and really brought it back together.
The art and animation were pretty good as well with some interesting designs and nice action.
7/10

Pretty much an OVA day today.

Revue Starlight Specials 1-3 [End] - Covering some short stories set before the performance of Starlight. The character moments are still so true to the themes of the main series. Hopefully Sentai can get these for their release. 8/10

Asobi Asobase OVA and Specials 1-2 [End] - God the humour in this series is so cursed I love it. A pretty relevant reference to Evangelion as well that caught me off guard. 8/10

Gabriel DropOut Specials 1-2 [End] - The usual antics and a surprisingly good story to finish. I wanna rewatch the main series. 8/10

New Game! OVA - Eh it's pretty much a fanservice episode but it had it's fun moments. 7/10

Bananas (Film) Finally getting into the Woody Allen boxset I got ages ago. This was fun, bizarre and quirky. 3.5/5

Flowers in the Attic (Film) A dark and brooding thriller with themes of incest and abuse, both psychological and physical, running throughout. The Christopher Young score is great and the story grows more tragic as events play out. The ending felt a bit anticlimactic though. 3.5/5

Why the Hell are You Here, Teacher!? Episode 12 (Less Censored) (Complete)

Such a bad season, barely any animation, some of the worse backgrounds I've ever seen with paper like 'audience', at points it was so bad it was funny. Rushed to no end, I enjoyed a few eps.. like the last few weren't bad cause story is there, VA is good..but I can't recommend this to anyone. 3/10.

Worth not dropping after several boring eps, ended up being fine after sensei and senpai characters introdution and Fumino on the spotlight (the other 2 tho... ugh) 5/10

We Never Learn ep 13 (complete)
Festival time.
A quite enjoyable harem comedy with ecchi elements. All the girls had at least one thing that I liked about and I have a harder time picking a favourite than with the Quintuplets, but some of them didn't have as much screen time so not as developed as characters. Also like Quintuplets the story's not finished, but both at least have a second season.
Design wise at least they could have a bigger differentiation with the body types than the Quints, but the art itself wasn't quite at the same standard.
7/10

Demon Slayer ep 13
One cliffhanger resolved, onto the next!

Kono Oto Tomare eps 11 & 12
Tournament time. Some really excellent performances, but how will the guys perform. I'll have to wait until next week. 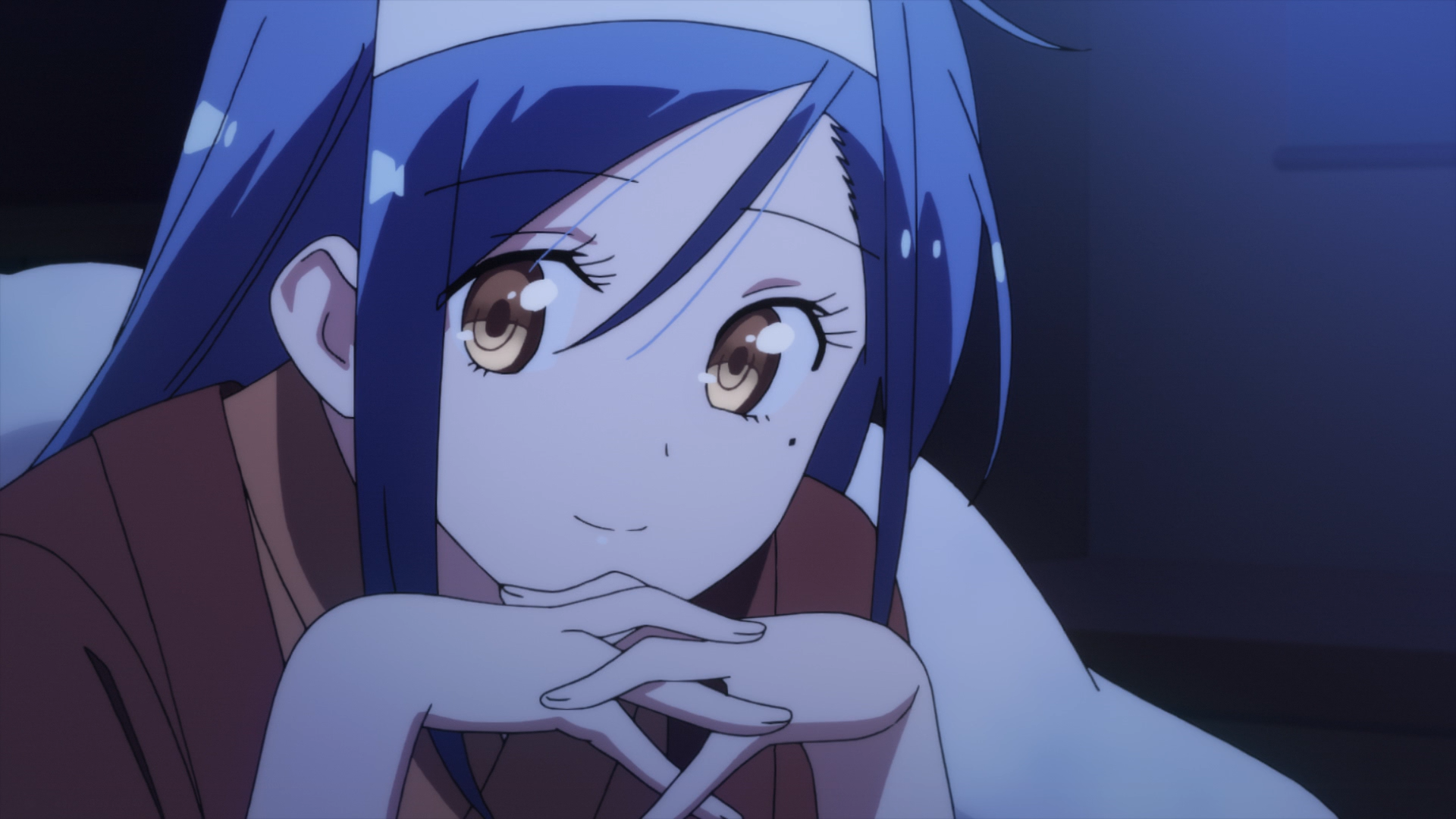 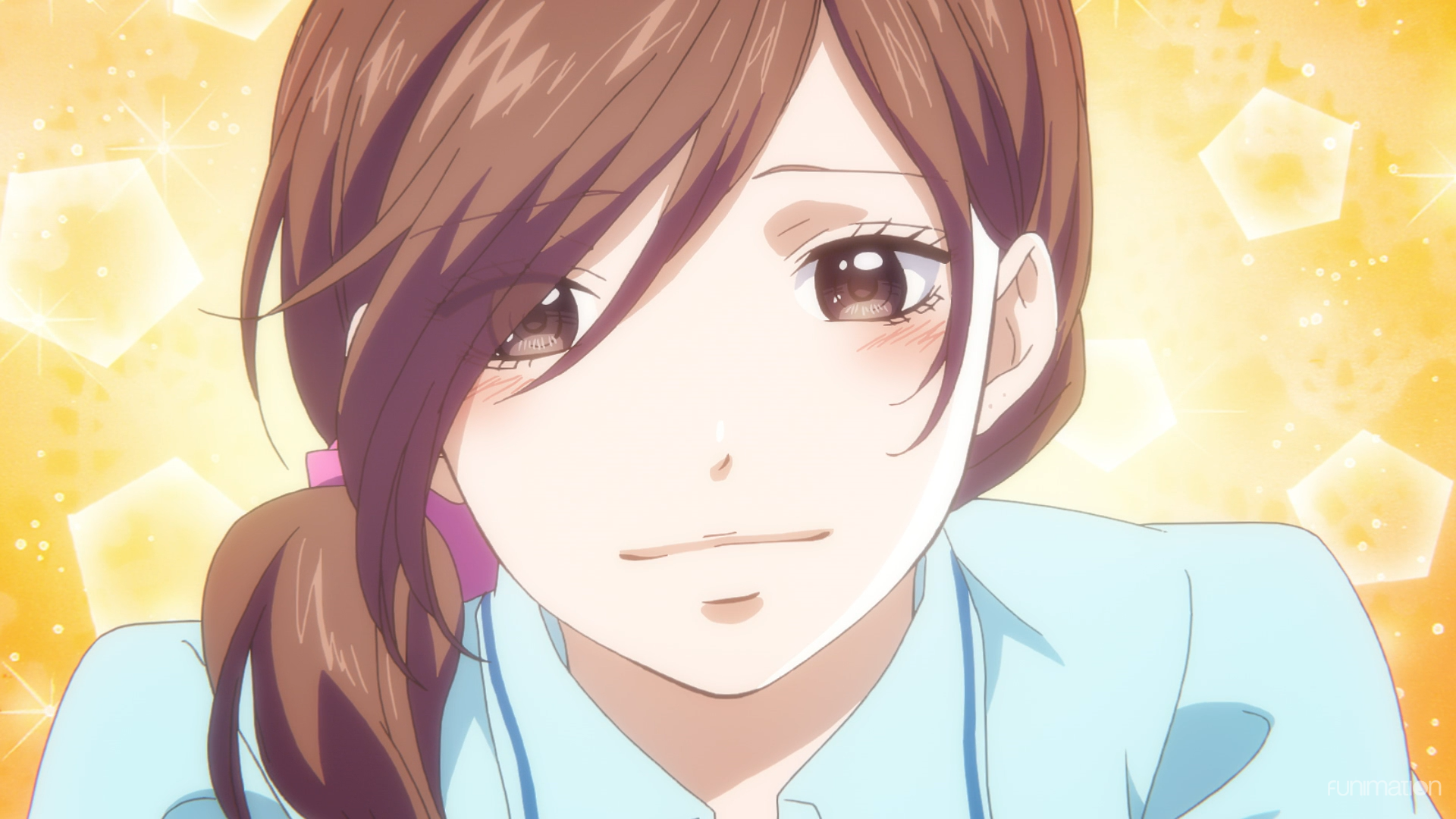 Had a real lazy day in front of the tv.

It's been a highly enjoyable mix of styles and genres.

Stop This Sound Episode 13 (Complete)
Really good performance.
This was a pretty decent first season for this series. Beautiful, with a heartwarming story, good animation and great characters made this quite the enjoyable watch. Looking forward to the second season. 3.5/5

We Never Learn: BOKUBEN Episode 13 (Complete)
Summer Festival time.
So far this has been quite an enjoyable series. A decent story with good comedy like Quintuplets and the animation is fairly good. The characters are all really quirky and likeable. I'm really looking forward to the second season. 3.5/5

Yet another OVA day.

Uma Musume: Pretty Derby Specials 1-3 [End] - An extra three episodes included with the BD release. These focus on three background characters and provides a good side story to the main series. Good fun as expected. 8/10

Golden Kamuy OVAs 1-2 - Included with manga volumes. Two side stories on how Ogata and Hijikata joined forces and how Shiraishi became known as the escape king. Good fun as usual with a focus on some great supporting characters. Another OVA is planned for September. 8/10

Yokohama Kaidashi Kikou episodes 1-2 [End] A set of OVAs quite similar in tone to Girls Last Tour. While the series doesn't focus on story or really developing it's characters it excels in presenting a relaxing atmosphere. The lack of music puts a great focus on the ambience of the world and is accompanied by a nice art style with great character animation. 8/10

Macross 7: The Galaxy is Calling Me! - Theatrical episode. A standalone story that while fun is just as average as the main series. 6/10

O Maidens in Your Savage Season episode 1 - An early preview without the OP or ED. The comedy is pretty good and it looks like it's setting up for some good Okada Drama™. The art style is also pretty nice with a kind of pastel look to it. Heard good things about the manga so I look forward to this.
Last edited: 30 June 2019

We Never Learn: BOKUBEN episode 13 Festival fun and awkward sleeping arrangements. (Complete. Pleasant and entertaining though I do feel that there are series’ more deserving of a second season. That being said I will be watching S2 when it airs.) 3.5/5

“Everything you always wanted to know about sex* *(But were afraid to ask)” (Film) Films that consist of vignettes are hard to judge as a whole since some parts can be better than others but in this instance I found them all to be more miss than hit and I got little out of the film overall. 2/5

That brings the first arc to a satisfactory close.

We Never Learn episode 13 (complete)
Enjoyable but been done to death. I don't think anyone would disagree with that but I'm just not sure why the second series as opposed to others?

7 Seeds episodes 4 - 12 (complete)
The first three episodes of this didn't really do anything for me but it sort of picked up a bit at episode four. For a show where you're supposed to be concerned for the characters, I didn't actually like any of them in the beginning. Not really anything I didn't expect going in but would like to find out what happens in the end.

Forest of Piano Season 2 episodes 4-5
This really isn't as good as the first season. It's like they ran out of budget right at the beginning. I get that the audience in the theatre is supposed to be captivated and entranced, but it just looks like the camera is panning over a still.
You must log in or register to reply here.
Share:
Facebook Twitter Reddit Pinterest Tumblr WhatsApp Email Link
Top