Evangelion: 1.0 You Are (Not) Alone (Completed)

ENDRO! episode 5 An atypical hero for the princess.

Fairy Tail: Final Season episode 295 It only gets more...interesting from here on.

Grimms Notes: The Animation episode 5 That’s one way to dodge a boulder.

Kaguya-Sama: Love is War episode 5 Anyone else notice the stalker this week? Kaleido Star: New Wings episodes 29-51 (Complete. Where to start with this. Firstly whilst the story started out decently there were times it felt like the plot just repeated similar beats from the first season.

Seeing Sora being put through hardships that she had to overcome through a cycle of moping and being motivated by her Friends, is a core theme of the series. However, certain plot points like her leaving only to come back and work their way up again just seemed to regress Sora’s development at times.

The new characters introduced this season were more hit and miss with May being an irritating rival archetype and Leon a stubborn douche with a sister complex.

Neither really mellow out until the final third, which is there the overall series reached its high point. It had the moments of enjoyability that reminded me why I found Kaleido Star engaging, and were a lot of fun. The ending show in particular was wonderful and I found it very satisfying seeing the cast succeed.

All in all a weaker season with some disappointing retreads and characters that regained its composure with a great final third and wonderful closing show. It gets a “good” rating mainly for these strengths.) 3.5/5 Bermuda Triangle: Colorful Pastrale Episode 5
Since when did choosing a movie become such a hassle. A really convenient name for the theatre considering the shows title.

Sword Art Online Alicization Episode 18
A decent episode even though it did feel sort of rushed. The fight was a bit of a let down with how quickly it was over, I was hoping it would have been stretched out but whatever. Looks like story story time is next week. 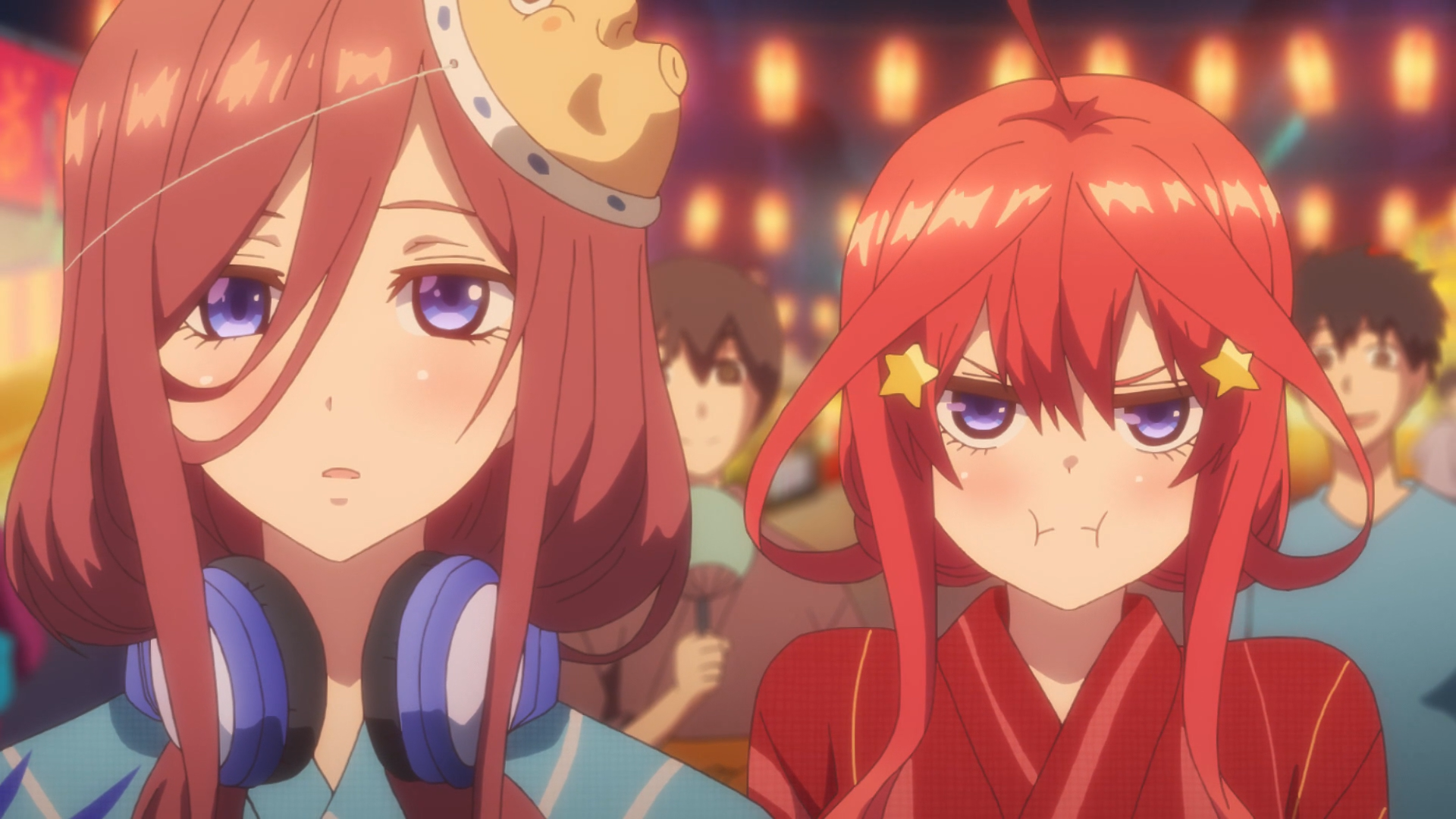 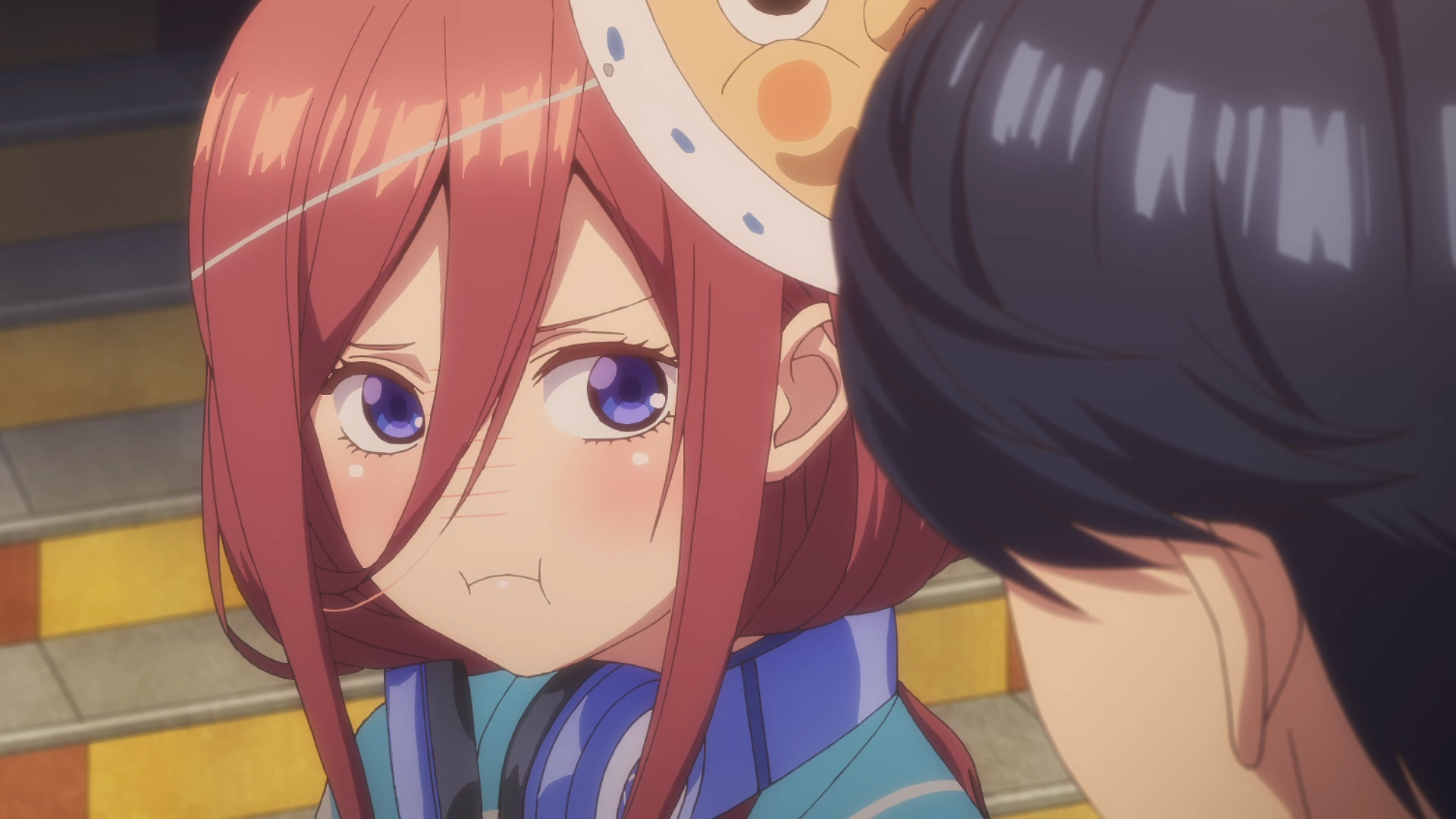 Forest of Piano 1-12 (complete)
Watched this in one sitting for some reason. Enjoyable.

Care to join the discussion in this thread now you've seen the endings of Eva?
https://forums.animeuknews.net/threads/the-evangelion-thread.15901/post-538441 Fullmetal Alchemist Brotherhood (Completed) - Definitely better than the original series. While that was more of a self-contained story, this was an epic. One of my favourites now.

Nurse Witch Komugi R 1-12 complete. I have taken to marathoning full shows from my christmas buys while I am on holiday. Anyway this was disapointing, it did not meet expectations set by the original show.

To my surprise I went through some anime today for once. In this instance I focused on various things; such as the mini OVA that was included in the UBW Blu-ray set and also some backlog that should have been watched from months ago. I've finished the first cour for Banana Fish so that concludes the Summer 2018 titles at the very least, leaving the second cour left to watch. BEATLESS Final Stage is also finally sorted so that show is left to rest. I also finished watching the first arc of Boogiepop, and I may wait for the second arc to finish before starting it since they're releasing the arcs in weird methods.

I ideally would like to sort out the Autumn 2018 season titles I plan to watch or started already before the end of the month but I doubt that will happen. There's also the now-large on-disc backlog to sort out also but I'm saving that for a later point.

Streaming backlog (prior to Winter 2019 season):

SAO: Alicization ep 18
Chudelkin's appearance was a bit less creepy than I imagined it to be from the light novels...

Manaria Friends eps 3 & 4
This show kinda irritates me. I feel like it could be so much better than it actually is, given the fanservice and yuri baiting. Well, episode 4 was a bit better than 2 & 3 in those regards at least.

Wataten! ep 5
Another show that mildly irritates me... couldn't they just have made Mya-san like cute things rather than being a total creep? Oh well, at least there hasn't been one of the especially weird "Mya-san being in love" scenes for a couple of eps now. It's a pity because I really like the humour and it is a very cute show other than that.

Kemurikusa ep 5
Ooh, new character! Is it one of the older sisters?

The Magnificent Kotobuki eps 4 & 5
This show is really rather good, with the exception of the actual fight scenes. I mean, I have literally no idea what's going on in most of them without the characters telling me. But these eps reinforced that the characters are good fun to watch and the setting is interesting.

Girly Air Force ep 5
I can't decide whether I like this show or not. Eagle's insufferability actually lent itself well to the episode and Phantom seems interesting, but was that random fanservice scene really necessary? Couldn't Kei have found the Chinese book some other way?

Magical Girl Spec Ops Asuka ep 5
Urgh, this continues to be gut-wrenching in a good way. Looking forward to the proper introduction of the third magical girl next week!

Bermuda Triangle: Colorful Pastrale ep 5
Gotta love a show about mermaids. Particularly mermaids that apparently have hot showers and baths... in the sea...

Endro~! ep 4 & 5
Well it's an easy watch at least? Admittedly I was beginning to get burned out after the other 10 things I've watched today, so maybe I shouldn't judge too harshly. It's just kinda a whole lotta nothing.

...I think I need a break after all that in about 8 hours.

And so it starts.

Asobi Asobase OVA
A pretty decent OVA episode and a nice little extra addition to the main series. Despite the 2/3 runtime it did have some really humorous moments throughout.

Fairy Tail Episode 295
Well this is certainly getting a lot more interesting.

How Clumsy you are, Miss Ueno Episode 6
I have to admit that device would be handy to have on rainy days, especially with the amount of times I've come home soaked (thanks UK weather) if only it was real IRL.

How Clumsy you are, Miss Ueno episode 6 More shenanigans.

Mysteria Friends episode 4 A simple episode that reinforced the relationship between Grea and Anne.

The Magnificent Kotobuki episode 5 This weeks episode felt like it was being played at 1.5x speed.

Girls und Panzer episodes 1-4 - It's got such a ridiculous setup but it just does it so well. Hoping this turns out as good as Uma Musume since that also had a similarly wacky setup.

BanG Dream Season 2 episode 6 - A nice episode focusing on Afterglow and a cameo appearance by Masking.