I feel like I'm the only one who dislikes the constant filters in Violet Evergarden. Some scenes it works but most of the time it just feels unnecessary.
Maybe I'm too used to the vibrant colours of Free! and Hyouka but I really didn't like the constant foggy look much.

I know it's silly to criticize this shows visuals of all things but it has everything to look incredible (And it does at times) so it just disappoints me to see it made worse by unnecessary fluff that doesn't really need to be there. I just found it a bit frustrating and also distracting tbh.

Azar said:
I feel like I'm the only one who dislikes the constant filters in Violet Evergarden. Some scenes it works but most of the time it just feels unnecessary.
Click to expand...

It wasn't something I'd particularly noticed while watching the show, but I see what you're getting at. Generally, I don't mind them adding filters to things, as it breaks down that very obviously digital look that used to be common in the 2000s and anime studios seem to be getting much better at film stock emulation, but I dunno. In this case it does look a lot like all they've done is turn up the bloom and call it a day. Those "corrections" don't show off how it actually looks without filters though, they're just somewhat shoddy attempts at removing them which has resulted in over-saturated colors and some crush in the darker areas.

Look at the skin tones in this "correction" for example, it has completely thrown them off 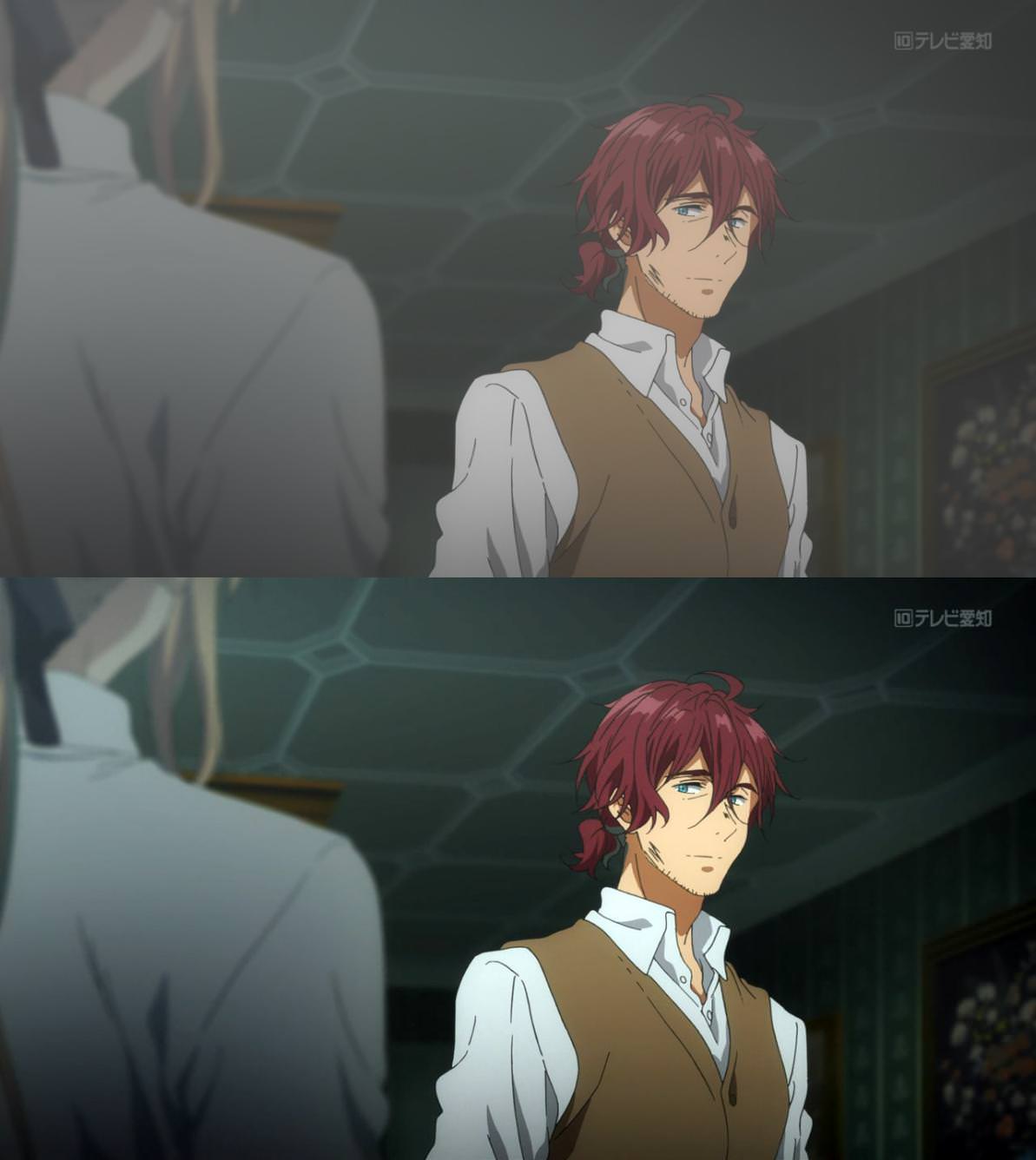 HWR said:
Yoshitoshi ABe's artwork and character design is distinct and I quite like it, and want to check out more of his projects (I'm watching Lain soon and I took that Texhnolyze challenge a while back.)
Click to expand...

I really hope you'll enjoy Lain. If you could even get something out of Texhnolyze, you're bound to. Surely...?


So, as I ordered the Girls und Panzer bundle in MVM's Xmas sale, it's about time to start my...
'GIRLS UND PANZER MARATHON', beginning with:
Girls und Panzer (eps 1–3)
Mako is already my favourite. (Obviously.)

Lambadelta said:
I've been reading Japanese comments on the show, and they are pretty brutal. Most say while the show looks good its carried by the usage of Sakuga, and the plot is uninteresting, and at worst confusing (I think this is over certain events, and how things have been described/layed out).

The story being the issue is the most prevalent complaint I can find on Japanese sites.

There were concerns over the score of the show as well. While the score is good according to fans the score doesn't match properly with certain events especially in episode 1.

Overal it seems to be getting a much more negative opinion in Japanese circles compared to English ones.
Click to expand...

Honestly I am kind of not surprised, think westerners have just got swallowed up in the hype from what I have seen people just seem to be praising the technical aspects, I do the think these opening two episodes haven't done a good job at all for laying out the story in an engaging maner it is as if we are missing a whole cour and we jumped into the second half, these teases aren't doing for me, like the end of episode 2 when they were drinking they were talking about stuff like we as audience know what they are talking about and then they ended it with the "reveal" Gilbert was decent or whatever, what am I supposed to feel? I don't know who the hell Gilbert is or who the hell this guy is and they tried to play it as this shocking reveal. Oh wow I almost fell off my bed in shock!

A question to ponder if this wasn't KyoAni would this show be even as hyped as it was? Say if A-1 pictures or someone did it, it would probably just be buried with the rest of the season.

The show is too beautiful and I will stick with it, but I do hope the story gets better.

Attempted to watch empire of corpses, had to turn it off after a while, just couldn’t engage with it which left me frankly, well, bored. Don’t think I was in the best frame of mind for watching things so will likely give it another go at some point but it’s getting relegated to the bottom of the pile.

Phobos said:
Attempted to watch empire of corpses, had to turn it off after a while, just couldn’t engage with it which left me frankly, well, bored. Don’t think I was in the best frame of mind for watching things so will likely give it another go at some point but it’s getting relegated to the bottom of the pile.
Click to expand...

It all goes horribly wrong about half way through and decends into a mess by the end. Its a shame as it has all the elements of a great film but its poorly exicuted.
Last edited: 20 January 2018

crashmatt said:
Its a shame as it has all the elements of a great film but its poorly exicuted.
Click to expand...

That sounds about right, I’m disappointed by what it could have been. Quite unfortunate really. Phobos said:
That sounds about right, I’m disappointed by what it could have been. Quite unfortunate really.
Click to expand...

Well the area where it obviously goes downhill is where the author probably died. The novel the film is based on was finished posthumous

Lambadelta said:
Well the area where it obviously goes downhill is where the author probably died. The novel the film is based on was finished posthumous
Click to expand...

That probably explains that. It’s unfortunate when the authors die and someone else has to finish it off, don’t get me wrong generally I’d rather have someone else finish it off but sometimes it just doesn’t pan out so well. AUKN Staff
Junti Ito Collection episode 3 A better episode than it's predecessors, and the end story was pretty good. Guess I'll hang on for another episode.

Sengoku Basara: Samurai Kings episodes 1-12 (Complete. A decent, if unremarkable action series that boasts some cool action set pieces that accompany and improve a simple but solid storyline. Will watch season 2, the last party and season 3 in the future) 3.5/5

Katana Maidens ~ Toji No Miko ep 3 (On Hold)
Nothing much happens in this episode, but it turns out it's a 2 cour series so I guess there'll be some slow episodes. Thus it's going on hold.

Record of Grancrest War ep 3 (On Hold)
Still like a JRPG (in fact it is an adaptation of a novel/table top RPG). First sub-boss and more recruits. Another 2 cour, so again on hold.

Hakata Tonkotsu Ramens ep 2
A bit more concentrated on seemingly the 2 MCs (maybe a hint of yaoi in the OP). And boy did that ending get me hooked.

Beatless (On Hold)
So the kick-ass android (who is also good at domestic tasks) is now a supermodel! I mean come on! No action in this episode at all. Another 2 cour on hold.

Darling in the FranXX is also a 2 cour, so will go on hold as well after the second episode. Which means, oh no, to make up my ten I have to watch

Killing Bites
Trashy ecchi fun. If RoGW is like a JRPG story this is like a tacked on fighting game story with characters resembling a mash-up of Bloody Roar and Dead or Alive. Mary and the Witch's Flower at the Fathom Events Premiere at my local theater last night. It was just ok, I was disappointed because it was not nearly as good as Yonebayashi's other two movies, Arrietty or Marnie. Basically it was just a children's movie, with not enough depth for adults to really enjoy. It looked like a Studio Ghibli movie but played out more like a Disney movie. Second half was very rushed; it should have been longer to flesh things out more.

A Place Further Than the Universe eps 1-3 (Re-watch)
I love this show so far, so thought I'd re-watch it as I can't get to sleep. AOTS at the moment.

Well this show certainly upped on the fanservice and 'symbolism'. 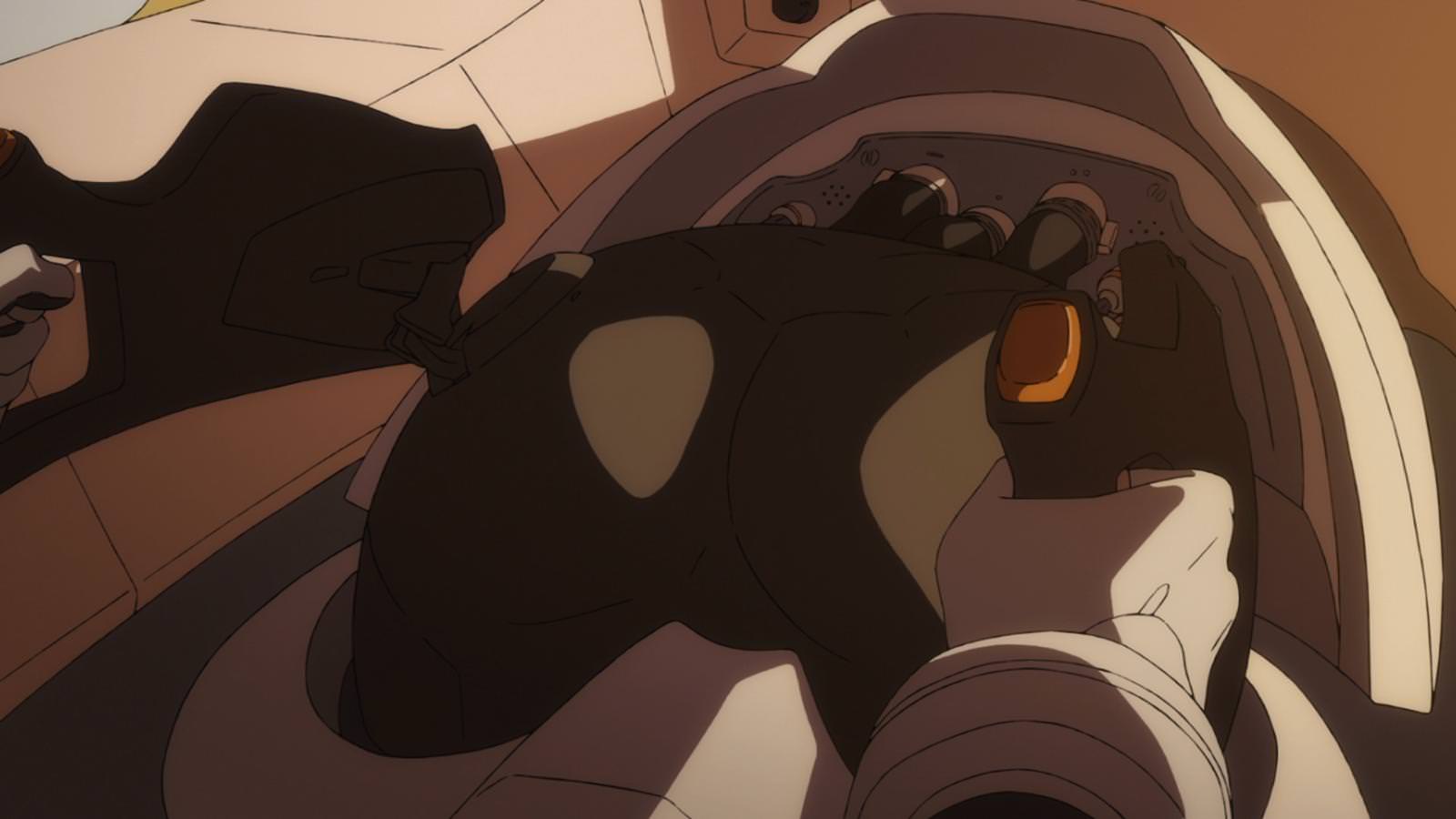 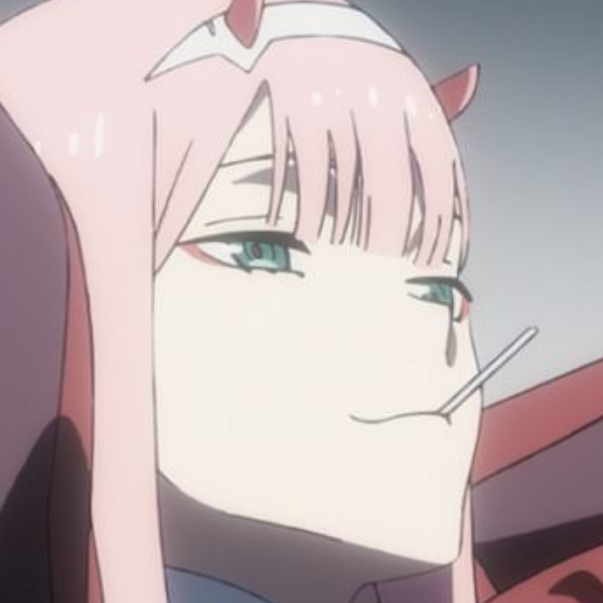