AUKN Staff
This should've had a thread of its own. All Ryū ga Gotoku related news will be in this thread from now on! 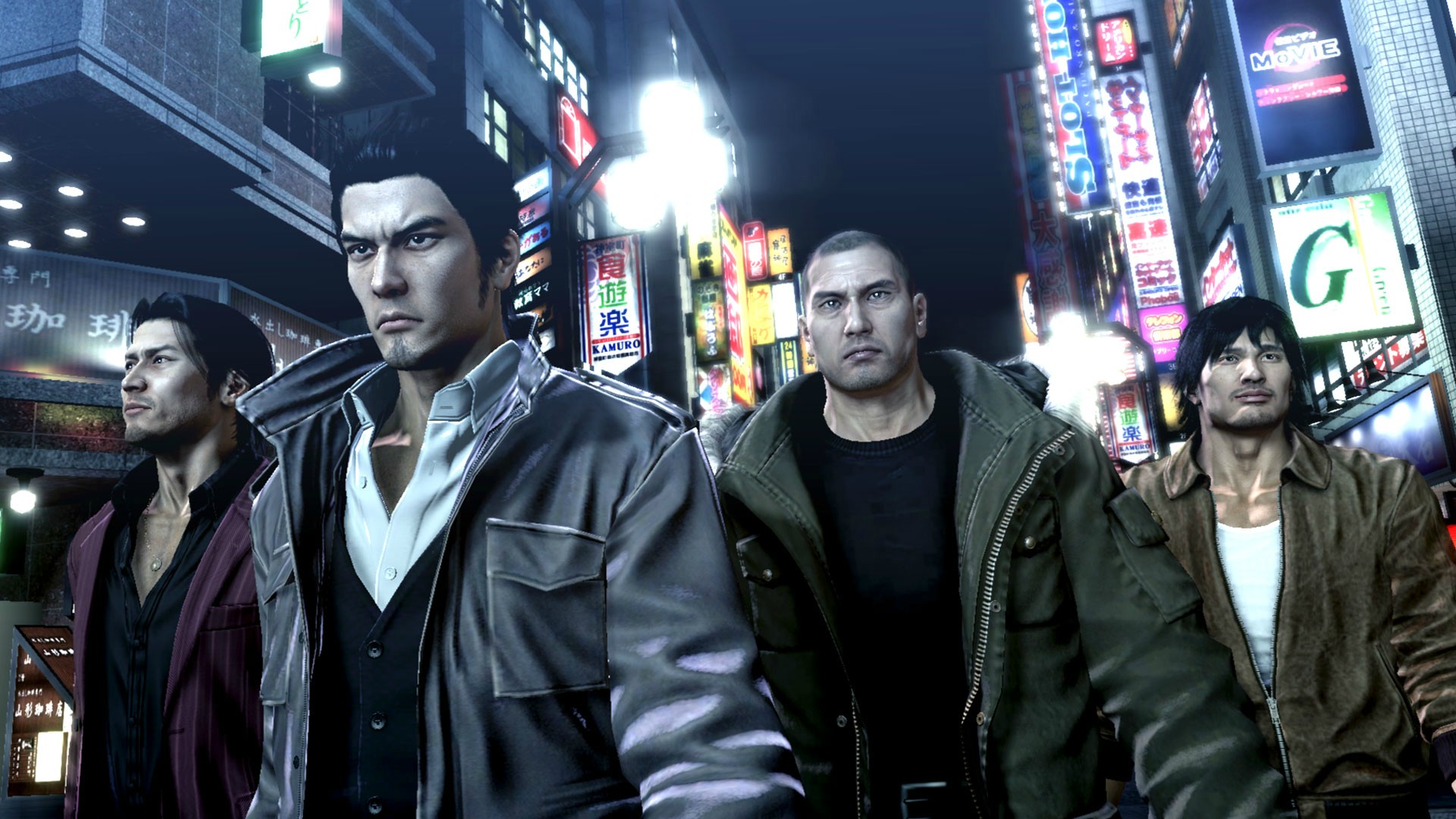 What is Ryū ga Gotoku?
Ryū ga Gotoku (龍が如く, which translates to Like a Dragon in English) is an action-adventure video game franchise created, owned and published by Sega. The series primarily focuses on Kazuma Kiryu, a yakuza from the Tojo clan, who goes through various problems that are related to his clan that only he (and in the later installments with his friends) can resolve when the situation goes wrong. The gameplay has the player controlling Kazuma (or other characters in later instalments) in an open world where enemies will often appear to attack or civilians ask for assistance. While the gameplay is similar to Shenmue (another Sega title that everyone knows and loves), the overall experience is completely different.

For the localisation, the main title was renamed from Like a Dragon to Yakuza to represent the characters featured in the main game. However, this ends up with some misconceptions as the story and spin-off games set in various timelines don't represent Yakuza at all.

The franchise was originated from Toshihiro Nagoshi, the producer and game designer for the series (he also worked on other titles including Daytona USA, the first two Super Monkey Ball, and F-Zero GX), was inspired to create a new game that would tell the life of a yakuza. Nagoshi initially struggled to find a platform for the project until Sony stepped in as they showed interest in the prospect. The series ended up becoming a commercial success with 7.8 million copies sold for the first game alone. The series expanded into more title installments, spin-offs and even a feature film.

What's the Plot Synopsis for the first game (without spoiling it)?
The story follows a yakuza named Kazuma Kiryu, who, after spending ten years in jail for a crime he did not commit, learns that 10 billion yen has been stolen from the Tojo clan, which the criminal underworld is searching for. He finds an orphaned girl Haruka who is being targeted by the clan, as she is believed to have the key for their lost money, and he resolves to protect her. The game takes place in Kamurocho, which is a realistic recreation of Tokyo's Kabukicho.

I would like to know more about the franchise, is there a video that explains everything (without spoiling it)?
There is! Thanks to YouTuber HyperBitHero who made a 50-minute long video covering every Ryū ga Gotoku title before Zero (minus the PSP games), I highly recommend you check it out!


Before the franchise found new success in the west, why was only half of the games localised?
The series has sold rather poorly in English territories (with Yakuza: Dead Souls taking most of the blame in this case), but thanks to fan demand and Sony's special Twitter program, Yakuza 5 finally saw a release followed by Yakuza 0 and eventually more Yakuza games later down the line. The success of Yakuza 0 helped provide a new audience.

What games were released for the franchise:
There are many installments in the series so here's a brief list to help you out!

So, any trailers for the latest games then?
Sure!


Sources for the info above are courtesy of Wiki, Eurogamer and Sega Sammy.
Last edited: 29 August 2019

SEGA provided an update on the localised release of Yakuza 5:

It’s been a while since we’ve talked about Yakuza 5, so we wanted to post a quick update on it. A few weird development bugs that popped up in localization are taking some time to iron out. Without getting too technical, there were just certain parts that didn’t like switching the Japanese text out for English, and we had to actually search through the source code to find a fix, taking more time than we expected. But! Everything is more or less back on track. Once we have details, we’ll make sure to share them!
Click to expand...

It's been estimated to hit PSN sometime in Mid-November.

I'm really hyped for this game, love Yakuza franchise. They took out from the post the "Mid November" part, so its now it seems like its still TBA 2015 somewhere. Anyway, as long as it comes out this year...

Can't wait for this, I'm going through Yakuza 3 now doing side stuff after getting done (with the possible things) in Yakuza 4. Its insane how long these games can take to do almost everything.

Nice thread mean, this franchise definitely needs a thread on its own!
A

Sweet. Never knew this was coming out over here, I played 3/4 to completion, and loved how different they were from most games.
My wife might kill me for getting it as Im currently trying to clear out my PS3 stuff, but this might be the system's swansong!

I've watched part of the live stream, it was fun, I'm really looking forward to this. I've just purchased Yakuza Dead Souls this is week, is on sale on psn for 10€ but the shootting part is killing my eyes and giving my headaches ;__; Never had this problem with the previous titles and its only when the camera moves quite fast or something during shootting. Need to see if there's an option to make it slower when turning.
R

So can this game come out already!!!!!

At least we know it's nearly done. Given the amount of live-streams they've done it should be here in time for Christmas. 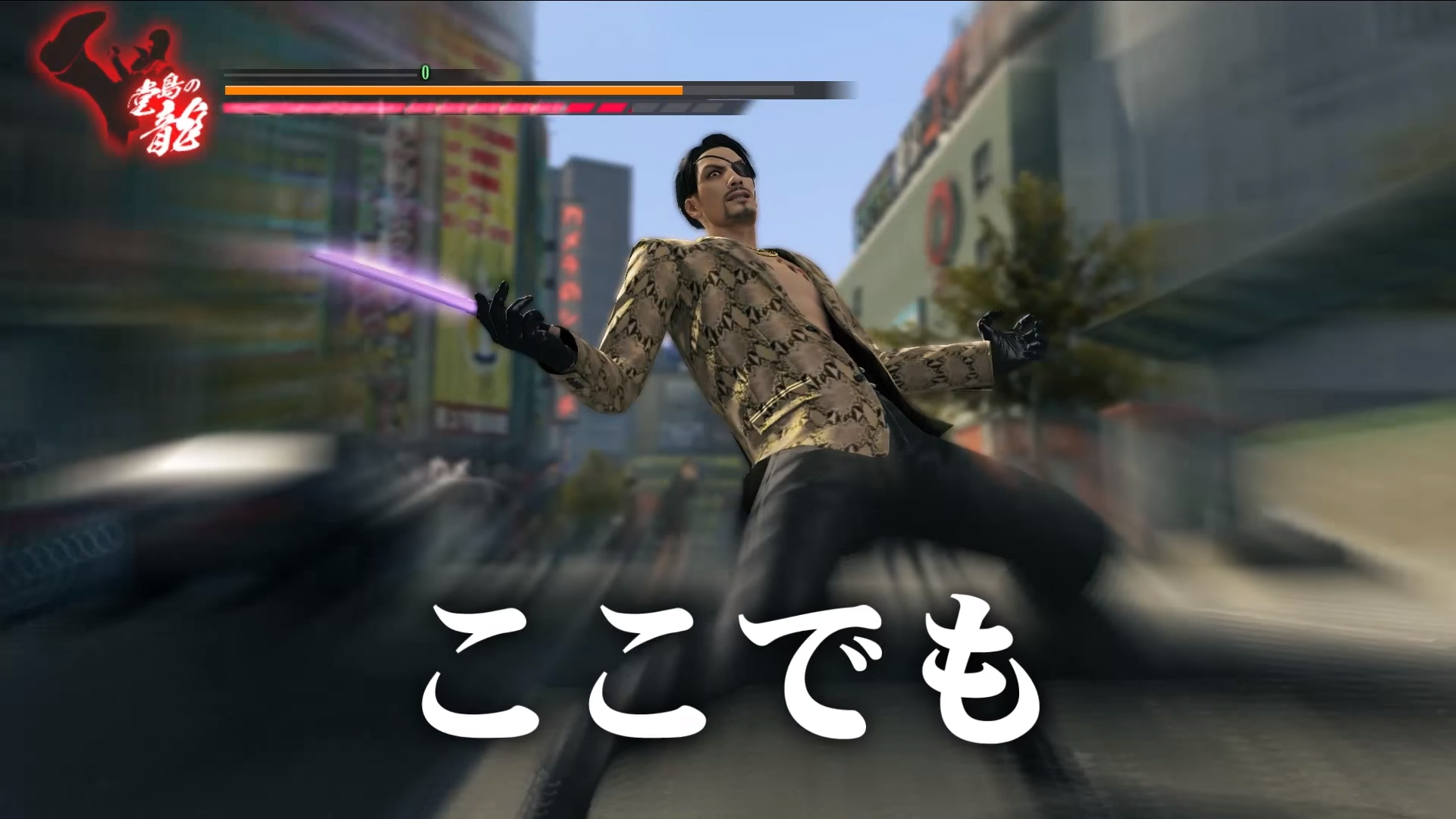 Artwork for Yakuza Kiwami is revealed! 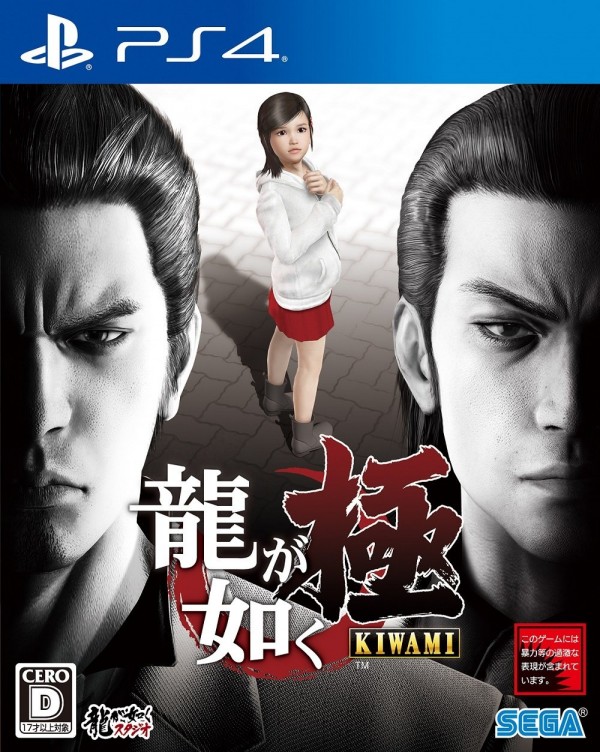 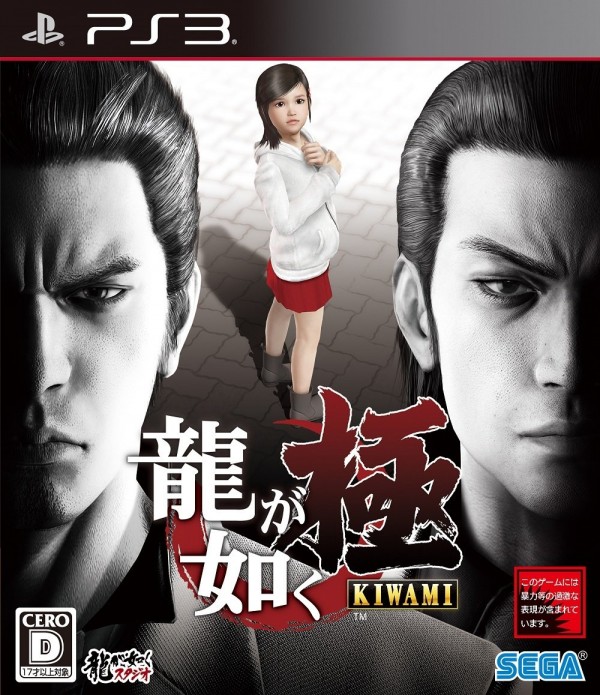 That's a rather odd cover. I don't know much about Yakuza (My knowledge is limited to Two Best Friends Play's let's play of the fourth game) but for a game focused around fighting dudes, putting the little girl front and center is a tad odd. There difference in art style between the two guys and the girl is also rather jarring.


IncendiaryLemon said:
That's a rather odd cover. I don't know much about Yakuza (My knowledge is limited to Two Best Friends Play's let's play of the fourth game) but for a game focused around fighting dudes, putting the little girl front and center is a tad odd. There difference in art style between the two guys and the girl is also rather jarring.
Click to expand...

THE SWITCHER! I guess we do have something in common. :lol:

Yeah I agree the cover is rather odd. I would prefer that part in the first trailer where Kazuma and his rival about to punch each other to be the cover. I wonder if the creators will be able to sneak in Majima considering that's what he's basically doing in Kiwami... taunting you.

I dunno much about the game, but looking at that artwork I hope you play as that little girl and you travel around beating the £$*% out of Yakuza (If you look closely, shes clearly adjusting her cuffs before engaging in fistycuffs), maybe even make her a magical girl.......I'd play it.

But seriously, the box art does look pretty odd for some reason, will the girl play a big part in the story?

Haruka is a key part of the plot, yes. She's one of the main characters in 5, too, it's not so crazy to feature her. I don't love the style of the cover overall though, compared with the originals from the first couple of games.

See now I'm kinda curious to know in what way she is involved? Like, is it "here's a kid whos family are Yakuza, this is the kinda £$%* she has to deal with, and heres how she copes...." kinda deal? Because I'll be real honest, that would be pretty damn cool. I think I may look into this.

Yakuza 0 coming to PS4 to the West!

Confirmed on NeoGAF, Yakuza 0 will receive a physical release.

Excellent, they also noticed it wasn't tagged as a Sony Exclusive, so with Sega releasing loads of stuff on Steam lately, hopefully Yakuza 5/0 will make its way there too.

No matter, we know it's confirmed for physical in the US at the very least.