Why US Boxsets are better than UK?

Hi there, i'm new here so im sorry if this is in the wrong section.

Anyway, i've been bying anime dvds for a long time now and lately pal stuff cause first was just r1. My question is, why all the r1 stuff has great boxset and the pal/uk stuff has just basic boxes like vhs boxes or similar.

This is one of the cases im saying. Can anyone explaine me why? R1 stuff is so much better looking than r2. :\ 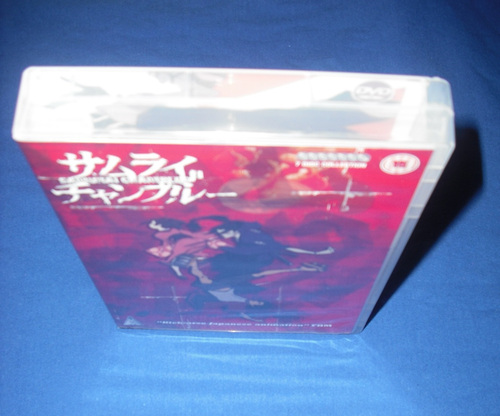 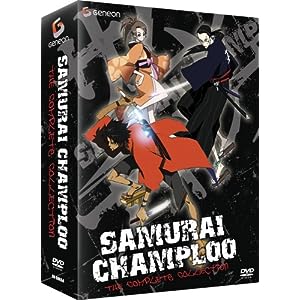 PS: Sorry about me english

Administrator
There was a nicer UK Samurai Champloo box set at one point; a thinpack with a proper box and a special bonus item (I think it was a bandana but mine was actually missing and I never cared enough to investigate). Sometimes when the first batch sells out, the companies release a cheaper set to try to tempt people who didn't pick up the original version.

But in general, US releases are nicer, yes. The main reason is simply that there aren't many paying fans here and we get the DVDs so late that the UK companies have to try to undercut the price of the US versions to sell copies, which also reduces the quality. Companies like Manga UK don't believe that UK fans are willing to pay a little bit more for their anime to get a higher quality package, and there's not a large enough audience for most titles to support a LE and a normal version, the way Funimation has been working recently in R1.

Having said that, there have been premium releases here before, and they have generally always sold out, so I do wish they'd experiment with them from time to time now.

Aah I see. It makes sense. In this case I prefer to buy all volumes one by one so that will look better than just one ugly box. Its just a matter of waiting enough time so I can get each volume really cheap.

I showed a picture of champloo but I'm looking for others like gantz or tenjou tenge. Good old anime.

i got the old boxset with the champool bandana

Administrator
If you want singles, MVM's shop Anime-On-Line is a good place to check. They have some single volumes at excellent prices since people have shifted to buying the cheap-looking sets.

Whereabouts are you from, bakum4tsu, if you don't mind me asking? Your English is great

Rui kinda covers it, most of the complete collections etc are relatively cheap due to the size of the market here, which is far smaller than say the US.
Manga especially tries to cut corners and release as cheaply as possible to try and maximise the sales, and unfortunately the nice packaging tends to be one of the first things to go.

You can see examples of this in that older series from say MVM often had nicer, singles releases that might have had a box etc.

Rui said:
If you want singles, MVM's shop Anime-On-Line is a good place to check. They have some single volumes at excellent prices since people have shifted to buying the cheap-looking sets.

Whereabouts are you from, bakum4tsu, if you don't mind me asking? Your English is great

Im from Portugal.
By the way, your name is portuguese.

I was there yesterday. I much they charge shipping to Portugal? I usually buy from dvdco.uk or play.com cause the shipping is "free" in play and around 1.45 in the dvd one. And they are quick sending stuff and they take around3/4 days to reach here, not bad. I think i read yesterday when i was at mvm shop that they take still a few days do Portugal so basically i've quit. Still they have really good prices for solo volumes indeed. :lol:
A

Not sure how fast or how much they charge to Portugal, but MVM are pretty good in the UK at least. My average experience has been 1-4 days for despatch, then usually arrives a day or two later.
P

That Champloo is now Out Of Print. The current US Champloo is the exact same type of box as the UK one. Most series go through serveral generations of boxset, some truly awesome and others hideous. Personally I like Micro bricks, well truly my shelf likes them due to space restrained >_< 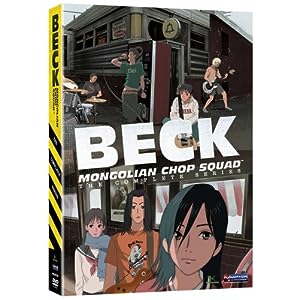 Wel, i bought a few moths ago the paranoia agent one and its pretty cool actually. Nothing like the trash box nowadays. 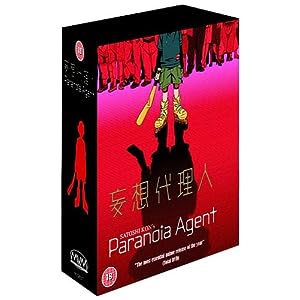 bakum4tsu said:
I was there yesterday. I much they charge shipping to Portugal?
Click to expand...

I live in Spain and I order from them twice a month. They charge me £1 per item (packages usually arrive within 5 - 10 business days).

however, my favourite online retailer is amazon, They are doing free super saver delivery to Portugal now too, as well as Spain and various countries. I got my items in 2-3 days (they ship via courier and the parcel can be tracked)

bakum4tsu said:
I was there yesterday. I much they charge shipping to Portugal?
Click to expand...

I live in Spain and I order from them twice a month. They charge me £1 per item (packages usually arrive within 5 - 10 business days).

however, my favourite online retailer is amazon, They are doing free super saver delivery to Portugal now too, as well as Spain and various countries. They ship via courier so it can be tracked and I got my items in 2-3 days.
Click to expand...

Anyway, i'll check for something i want in the next days. Never tried amazon but i know its good.

bakum4tsu said:
Im from Portugal.
By the way, your name is portuguese.
Click to expand...

So I am told! Though I think it is only a male name in Portuguese, right?

It's always good to see more members from outside the UK

One UK release which was quite nice was the "Book of the Moon" version of Wolfs Rain. It is out of print now, but had very pretty packaging. Beez moved to doing cardboard digipacks instead of ugly plastic cases when they started doing half-season sets a year or so ago as well, which were a bit nicer to collect.

Its only a male portuguese name, yes.

Hope to see in the future good packaging. Though i prefer more titles in the market than good looking boxes.

by the way, is there a topic where you can see the latests bargains people find over the internet?

bakum4tsu said:
by the way, is there a topic where you can see the latests bargains people find over the internet?
Click to expand...

This will be the best one to keep an eye on. It gets a lot of regular traffic, because every Friday at the very least people rush to see what Anime-On-Line has as their deal of the week

If you find a one-off bargain on eBay or something, you can make everyone jealous in one of the threads about today's purchases, hehe.

aah the sales topic. I've already seen it but forgot about it.

But the deal of the week starts friday? i didnt understand.

Administrator
I'm not sure why the week starts on Friday in bargain land. Maybe they want everyone to talk about the deal all weekend so they have lots of orders when they start work on Monday

MVM's online store, Anime-On-Line, does a weekly big discount on one title, usually down to £9.99 for a full series on DVD, even if it's a 24+ episode show.

The offer changes each Friday, probably because they're hoping people will buy it whilst they're off over the weekend.

It makes sense. I saw that ninja scroll tv its the deal of next week. 9,99£

I have r1 version so ill pass.