What was the first game you owned?

Rui said:
It's hard to say because my dad was a gamer so most of my early games belonged to him!
Click to expand...

Same. We already had a ZX81, an original rubber keyboard Spectrum, a Spectrum +2 and boxes full of tapes in the house at the time of my earliest memories (also some kind of IBM compatible PC that only had one game which was way too difficult for me at the time).

The first console and game which were properly mine though would be a NES and Ironsword: Wizards & Warriors II. If I recall correctly, the game came out of the bargain bin in the shop where we bought the NES. It would be the first of many games to keep me up all night, mainly because it felt like a very long game without any kind of save function. I don't remember ever actually finishing it (in fact I'm not sure I ever finished a single NES game) but I can certainly recall the entire soundtrack. I passed the NES and its games on to my sister when I replaced it with an Amiga 600 a few years later because you couldn't play LucasArts point and click games on a console, and my ultimate fate as a member of the PC master race was sealed.

What a depressingly nostalgic thread. It's made me remember the sound of Spectrum tapes loading, Teesside in the early '90s and all the houses I lived in as a child in fairly clear detail. Isn't it, wasn't it? Ford Escorts? Four television channels? Woolworths? Small boys in the park, jumpers for goalposts? Smashing the cartridge for The Adventures of Rad Gravity because it was so frustratingly hard?

ayase said:
What a depressingly nostalgic thread. It's made me remember the sound of Spectrum tapes loading, Teesside in the early '90s and all the houses I lived in as a child in fairly clear detail. Isn't it, wasn't it? Ford Escorts? Four television channels? Woolworths? Small boys in the park, jumpers for goalposts? Smashing the cartridge for The Adventures of Rad Gravity because it was so frustratingly hard?
Click to expand...

If you have been affected by any of the issues raised in this thread, our confidential helpline is standing by.

Wow, what a great thread.

Mine was Super Mario Bros., the pack-in game with my NES. Much like @Aaron—

Why won't it tag?

But yeah, much like @Aar— @awadama fever, I had to make a choice between the NES (which I'd played before with in-store demo units in the likes of Debenhams and Toymaster) and the only-just-released SNES. I really wanted to be able to play world 4–1 of SMB (the level where Lakitu appears as an enemy for the first time), so I opted for a NES.

I was able to get a SNES as well, though (the following Christmas, I think), and that came packaged with Super Mario World, which even to this day I still rate as the finest video game of all time.

ayase said:
because you couldn't play LucasArts point and click games on a console
Click to expand... My owning it is probably a bit of a fluke, I don’t think this was ever the easiest nes game to find In shops. It’s also a bit fiddly doing point & click things with a d-pad, but other than that, it’s a really solid port. Until such time as Night of the Meteor comes to fruition, I also think it’s the best looking version of the game. It’s not quite as colourful as the pc version, but I find the slightly derpy NES sprites more appealing than their home computer counterparts.

As someone who plays just about everything besides racing games and Dark Souls with a mouse and keyboard, I can safely say it would probably drive me round the bend. Cool bit of history though, I had no idea a NES version existed! Got our first video games when me and my sister got a PlayStation 1 in around March 2001 from Comet(R.I.P) the games being Spyro 2 and Evo’s Space Adventures. Still absolutely love Spyro to this day.
Even got the Japanese copies of Spyro 1+2 and the differences are interesting. Also got The NTSC versions for the music differences. Evo on the other hand I have never completed and only learned several years ago it is a rubbish port of an N64 game Space Station Silicon Valley. Evo is very slow the furthest I got was around an Ice stage a few years ago in attempt to complete it before I glitch died through the ceiling of the level. A game that requires a lot of patience that’s for sure,I think the only complete playthrough I have ever seen was on Twitch recently.Though I will admit I do like some of the music which is also different from the N64 SSSV.

Well, this is dating me a bit, but my younger brother and I got an Atari Pong console from our parents for Christmas back in 1976, when I was 15 and my brother 12 years old. These hooked up to the antenna screw terminals of a CRT television with an RF modulator. Before that it was strictly pinball machines in the arcade at the local bowling alley... I do remember that they started to get a few video arcade games at the bowling alley before I graduated from high school in 1979. 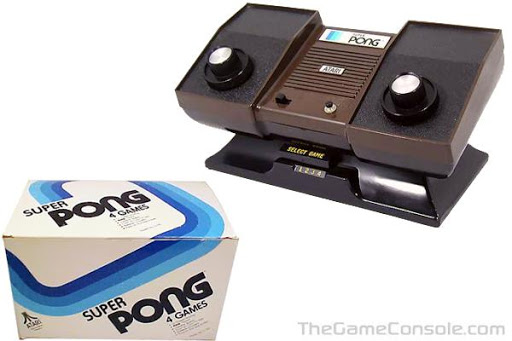 The next Christmas my brother got an Atari 2600 cartridge console. I don't remember the first games he got with it, but we played that console to death! 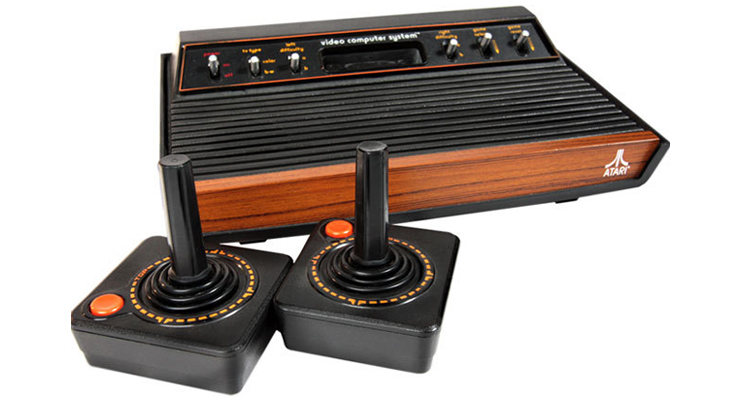 My first game would have been Fido on the ZX Spectrum (rubber keys). It was a slow motion affair where you moved a dog left and right on the screen, battering moles that popped up with your tail in between dinners. It’s as bad as it sounds. I got it from WHSmiths and owned it for less than 24 hours before taking it back as faulty and exchanging it for Buggy Blast.

Before that, I had this handheld Defender game from Entex. Lets take a look at the Arcade Defender Handheld Game by Entex, as played by Groot in the Avengers Infinity War movie. Early 80s gaming fun.

But the Speccy was my first computer.

The first I remember owning is bubble bobble for the master system, that said the console had sonic the hedgehog built in but I got them at the same time.... Before that I did have a comnodore64 tape deck but I don't remember any games (they were all pirated copies my uncle gave me). Not just my dad, but my mum is a gamer as well! They had an Amstrad and some of my earliest memories are hearing that tape whirring sound. My dad also put MAME on the PC which had a silly amount of games on it. I don't think I ever bought a game myself until I was about 17.

These are the first ones: 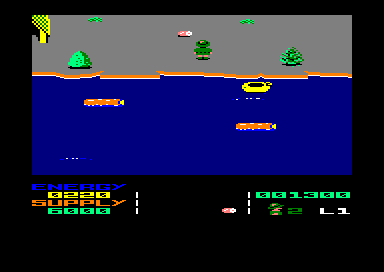 My first game was Rayman on the PC back in the very early 00's! Had a lot of fun playing it but didn't make it very far. Loves the ridiculous world the game was set in. I gave it a better shot when I last played the Dsi version. 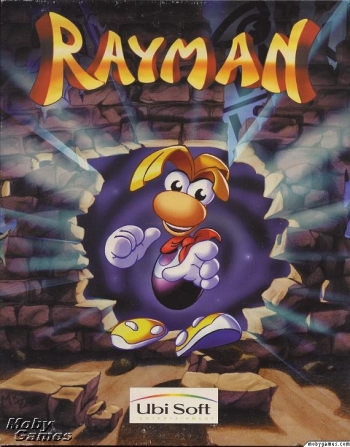 Not sure why I missed this thread the first time round but it's making me feel so old. My first game was one for all the family really. Me, my sister, mam and dad used to all play it - an old Grandstand Pong machine. You just got different versions of the game that you'd choose between (squash being one player). After that, my sister had a Vic 20 and we used to play Mickie The Brickie and Dig Dug to death. Then I came in with a Speccy and moved on to an Amiga 500 a bit later on. I've still got my Gameboy, Game Gear and CD 32 sat in a box somewhere gathering dust. Probably the first games were on the SNES - but those games belonged to me and my brothers. the first game I actually bought was Fallout. It didn't cost a lot and is one of my favorite games so far. The first game I got as a gift was Deathkarz