-Danielle- said:
Bonjour, I'm after getting Resident Evil Revelations for my Brother for his 13th Birthday, I've already bought him some random game for the PS3 he wants but I thought I'd get him another since you're only 13 once! So, does anyone know if anywhere is cheaper than play.com for it? - http://www.play.com/Games/PlayStation3/ ... d:42000237

Also, it states that raid mode is 2 player but is that like 2 player if he connected online and played with a randomer or does that mean I can plug in a handset and play with him?
Click to expand...

Yo, well basically i was going to suggest shopto as they usually are the cheapest, but i think £27 is the best you'll get on a new release. On the note of it being 2-player, i believe that you can play 2 player split screen. I doubt capcom would remove the split screen feature from the console releases when they do prove to be popular, so it should be ok, although i can't actually comment at the moment, since i don't own the console version(i still have the 3DS one). Hopefully that helps a little.

On topic for myself. Since i've been in London this weekend, i've been playing a lot of Persona 4: Golden on my Vita, as i forgot to bring my 3DS with me, so no fire emblem for me just yet. I'm going to be playing some Gravity Rush on the coach back tonight though, which i'm also finding to be really nice. Can't complain though all in all, two good games to take up all my time. Now let's hope the plug sockets in the bus are working this time...
S

not had much chance to continue onward with tales of graces F recently. However, I have been playing temple run in my few spare moments. it's quite an addictive game.

So I finally got round to playing Journey. Wow, that was one hell of a game. I can definitely say it was one of the most moving experiences I've ever had playing a game. Short, but absolutely brilliant and totally lived up to the hype for me.

DD had been on my 'to buy list' for a long time, really regret not buying it sooner. 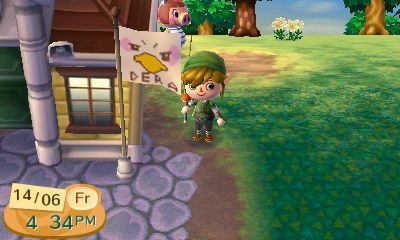 So I returned from Tesco with The Last of Us.

I unfortunately also returned with ingredients for dinner, which I have to cook and eat before I can play the game. ;_;
L

I've recently completed Bioshock Infinite on the 360, it really was one of the best games I've played in a very very long time.

I've never really played the original but I heard so many rave reviews about Infinite that I thought I’d give it a go.

I found that you really don’t need to have played the originals to understand and appreciate the wonders of Bioshock Infinite.
The sheer amount of work that went in to creating that world is incredibly impressive, from the character design, plot to even the clothing and background imagery everything is top notch.

So after months and months I finally decided to play my PS3 over the weekend.
Played the Project Diva F Demo a few times, played some Kingdom Hearts 1.5 HD ReMix and got up to Hollow Bastion on Kingdom Hearts Final Mix, as well as Completing Sora's story on Re:Chain of Memories and starting Reverse/Rebirth. I find it funny that out of the two games I complete my most hated game first (Not including the ****** DS games). I would love to play some more Final Mix but I'm trying to do the whole "Complete the game without changing equipment once" on my first playthrough. Gonna be Teddieous. I really want to know when the JP release of KH2.5 HD is coming. I've completed Kingdom Hearts 2 Final Mix so many times and even done it at level one - It's just endless fun. I've also been playing quite a bit of Metal Gear Rising over the weekend - despite being "Short" it's taking me long enough.

played super smash bros on the Wii last night with my Bro. it's been time since we've played it and I still enjoy it only the brawl etc, not the story mode or whatever it's called as that bores me now haha.

More KH Re:Chain of Memories. Playing Riku's story.
They appear to have unintentionally (I bloody well hope it is anyway) made Riku's story harder. You can no longer button mash during the duels as the PS3 does not appear to detect button input anywhere near as well as the PS2 since there is a massive lag between each button input - and this was pretty much the only way to win them. Holy Burst is also broken since it now lasts for a second. Literally. You summon Mickey, shoot a few balls out and it ends - nowhere near how it was on the PS2. Funnily enough the Dark mode equivalent is fine.

Played Mario Party 8 with my Mummy and Brother last night

So as some people may or may not be aware, I've been playing Hyper Dimension Neptunia V. Though there's a good few reasons that I shouldn't enjoy it (weak characters - Plutia) or just generally shoddy writing (Babies going through several stages of child development in a single scene) but regardless, I find myself drawn back to the game time and time again, like a moth to a flame.

The combat system is pretty fine, I mean, I've seen worse and only a few better, for that matter. So grinding is a bit of a pleasure and pretty easily done if you're clever about who and what you fight. And in its own weird way, the story is pretty enjoyable too, I mean it's kinda silly but it's enough to keep me playing, chapter after chapter even if the interaction between characters is hit and miss at points. Or (as seen in chapter three) someone's poor attempt at shoe horning comedy into what could have been a touching emotional scene in which the characters reaffirm their resolve, which leads to a rather jarring shift of tone in the space of several lines.

At times I feel like there's so much wasted potential, truly Neptunia is a diamond in the rough, each incarnation seems to be better than the previous but there's still a lot of work to be done, if it hopes to live up the potential it has.

Especially since Neptune is so darn adorable. I don't actually think I've felt this way about a series since I watched Strike Witches 2 for the first time back in 2010. Now I just can't get enough of her, sometimes I feel like I'm the only person who willingly presses the Jump button to have her shout out something. So far, I think my favourite sound byte of her is "I'll Nep your face off!", it definitely adds to the list of good reasons for picking a fight with an enemy.

Also, for anyone who is curious, I am playing it with the English dub, which is surprisingly good.

Finally got round to finishing Mass Effect 1 on PS3. Imported my character and have started Mass Effect 2 now, immediately I can tell that the combat has been given a lot more polish.
L

The very first Uncharted, never played any of the series before. Quite intrigued to see if it will live up to all the hype.

Then again, outside of that one time where I played GTA SA on bikes only, it's the only stupid bastard simulator I know of.

But any game where I can take someone else's motercycle, drive it up to my hq and then unceremoniously filng it and myself off the helipad of said HQ is worth it's weight in gold.
G

Played a bit of Simcity 2013 earlier. Really need people for my region D:

After waiting far longer than I should have done, Hitman Absolution.

While Absolution is in many ways Hitman dumbed down for mass appeal now that IOI find themselves in the Square Enix stable (and have already had plenty of their number sent to the knacker's yard as a consequence, sadly) the good news is it doesn't have to be. Those of us who have been with 47 since the beginning and are used to the game being pretty harsh and unforgiving can pop it onto the highest difficulty setting and be rid of the psychic "intuition" bollocks. But this does also come with one notable drawback - No sodding maps whatsoever.

Given the open-plan and variable execution (pun very much intended) level design of Hitman, this has meant I've spent many a tense and frantic few minutes avoiding guards or getting changed into a new disguise in a ten-second window and shoving myself into an airduct only to find myself... back at an alternate entrance to a building or story rather than where I actually need to be. I can perhaps understand removing map markers and radar at higher difficulty settings but seriously, no Hitman worth his contract fee would go into a situation THAT unprepared. I'm now going to look at level maps on the internet and justify this as 47 heading down to City Hall and obtaining the blueprints before each hit. On a similarly unprofessional note I notice I haven't had any say in my loadout so far either - Nor do I see my trusty briefcase stowable WA 2000 in the unlockable weapons list which doesn't bode well...

On the upside, IOI have built a beautiful new engine which still affords the game all the classic Hitman mechanics while improving some (throwing) and adding new ones. I also welcome the new disguise system which some have lambasted - It makes absolute sense that members of a security team or colleagues would recognise that 47 wasn't one of them and adds a whole new dimension to gameplay (as well as making it even harder, which is an incredibly pleasant surprise after fearing the opposite). And of course, best of all, the return of David Bateson in the role he loves. Whether he was brought back due to fan outrage or it was all an elaborate ruse we'll probably never know, but for me no-one else could possibly have replaced him and I'm glad Square and IOI ultimately had the sense to see that.

Just bought Earthbound on the Wii U! It's been about a decade since I last played it. Looking forward to my replay, should be sweet on my SNES classic controller!

Also continuing with Mass Effect 2, really enjoying it. Definitely feels more polished and focused than the first game, though not quite as ambitious with exploration and more simplified with the removal of some RPG mechanics. Also playing Mario and Luigi: Dream Team Bros, not quite as good as Bowser's Inside Story but still heaps of fun.

Ath said:
Just bought Earthbound on the Wii U! It's been about a decade since I last played it.
Click to expand...

I know they haven't released any good games for it since launch, but I'll bet it's less than a decade since you last played it.

Ath said:
Just bought Earthbound on the Wii U! It's been about a decade since I last played it.
Click to expand...

I know they haven't released any good games for it since launch, but I'll bet it's less than a decade since you last played it.

SNES controller with this game just feels so right 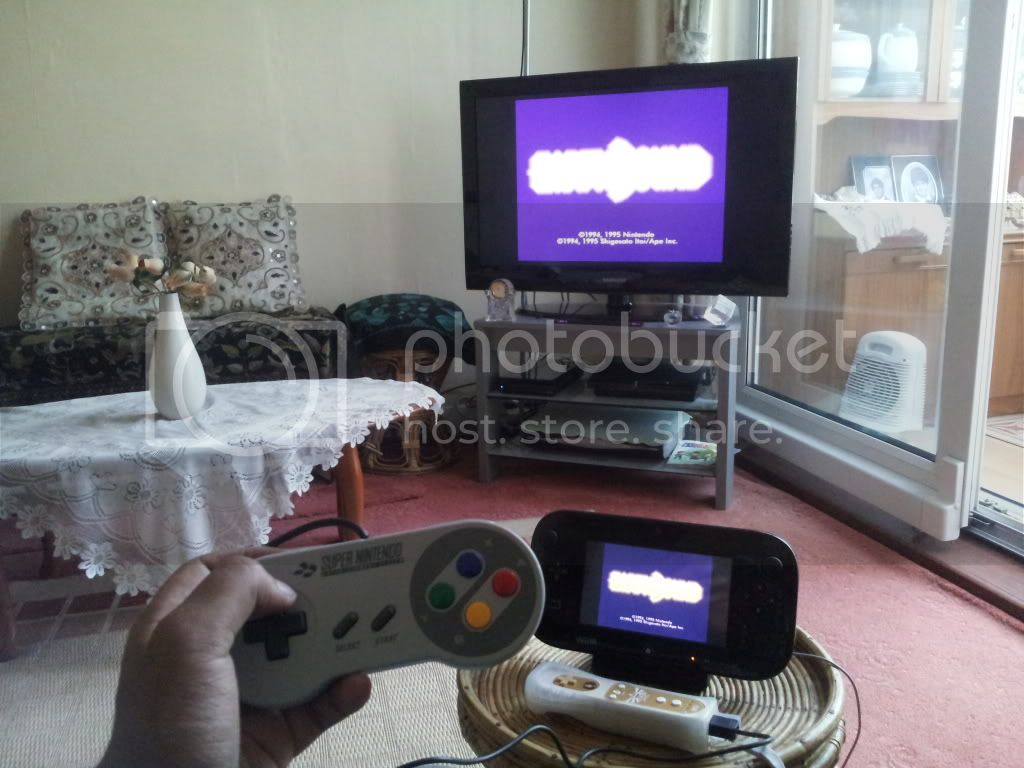