bakura said:
just bought doctor strange in the multiverse of madness and let me tell you it's very depressing to see the state of dvd and blu-ray to go to hmv and see so many in the bargain section, make's me want to buy stuff before this market dies. then again with the news of crunchyroll reducing there price and young people in general moving away from streaming maybe young people will finally realise the benefit of disc's at last.
Click to expand...

I wouldn't fret, HMV have had sales of the such for decades. They have rotating stock and all that. 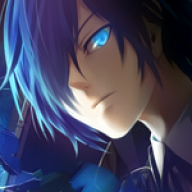 $268 in fees, someone's living on Super Noodles until payday...

That order's 3-4 times more than normal for me but stuff isn't getting any cheaper. 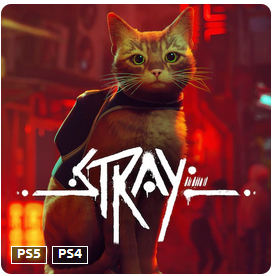 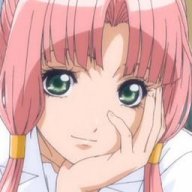 Got a few more PS1 games via the PS3 PSN store, the original Resident Evil trilogy and the Toy Story 2 game. RE1 and Toy Story 2 also gave me the free upgrades for PS4, making it the only way to own the original RE (the Director's Cut anyway) on PS4 as otherwise you need PS+ to play it, this is not counting the remaster of the GameCube remake. 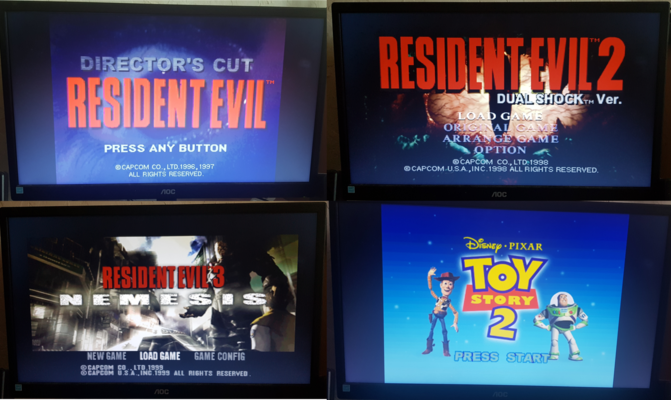 Newest signed picture purchase. It was a tough choice, especially with SDCC this week and lots of guests there (and other big US cons) offering this. My other choices included Greg Cipes (Beast Boy from Teen Titans/Teen Titans Go), Jim Cummings (Winnie The Pooh, Tigger, Darkwing Duck), Will Friedle (Terry McGuiness from Batman Beyond, Ron Stoppable, Lion O from the early 2010s Thundercats reboot), Tim Russ (Tuvok from Star Trek Voyager), etc. And I've got my eye on Keith David who's doing a virtual event next month

I am aware of Kevin Smith's divisive reputation these days though. Ive not really seen any of his movies past Clerks 2, I saw most of Jay And Silent Bob's Super Groovy Cartoon Movie though. The lone highlight was seeing Cockknocker who was previously played by Mark Hamill in Jay And SIlent Bob Strike Back now voiced by Tara Strong (it was Smith's way of pandering to the Brony crowd........the movie came out in 2013 when bronies were everywhere) using her Bubbles voice for the character. I'm looking forward to Clerks 3 though

AUKN Staff
My Steam Deck reservation finally came to fruition today so have ordered that plus a Dock, protective case and screen protectors from JSAUX. 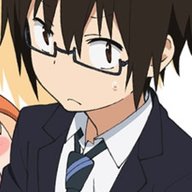 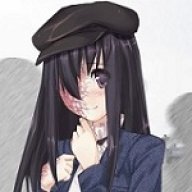 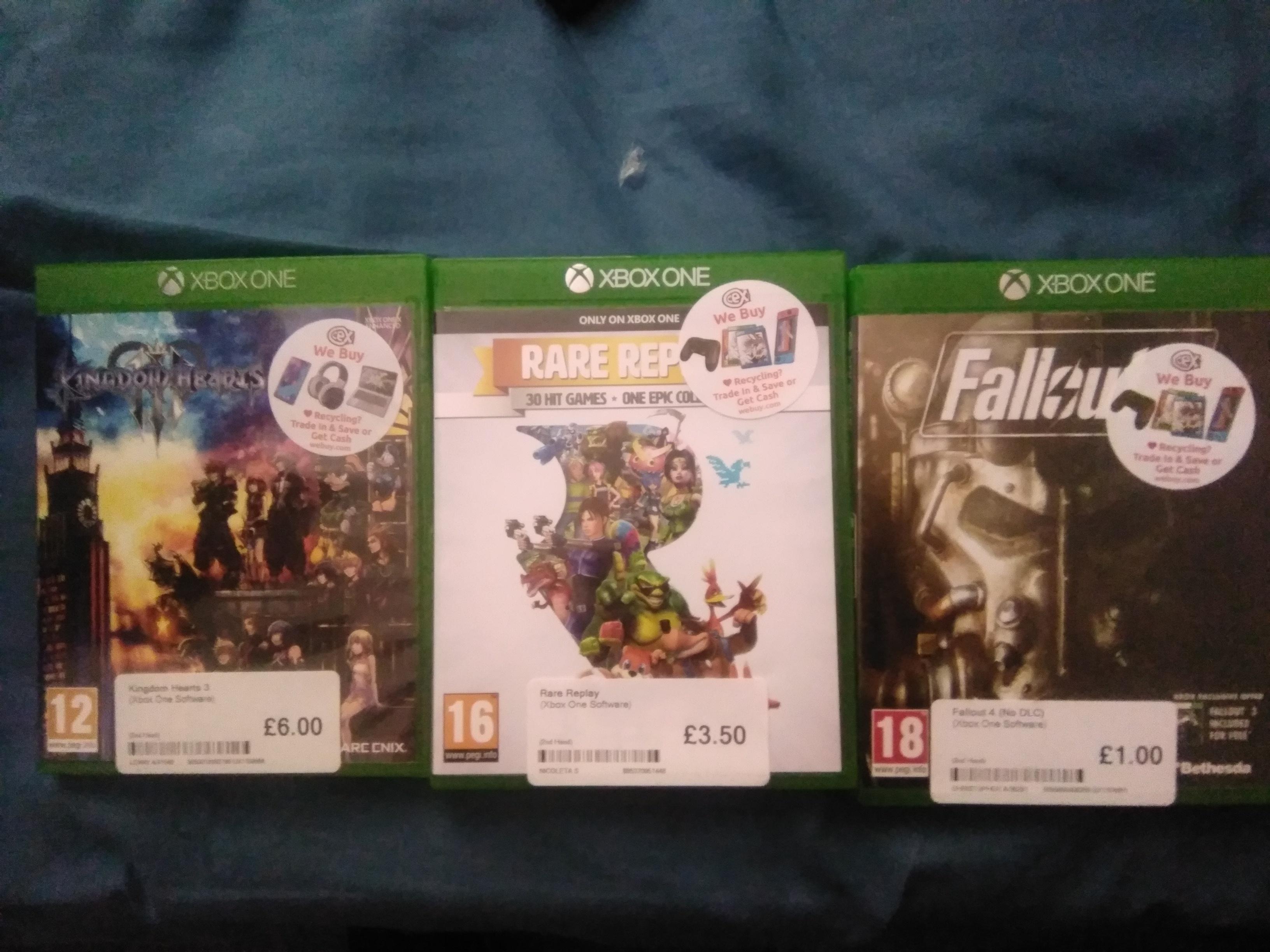 More Xbone games (carried on from the one I posted in the "what you received today" thread), which now means..... 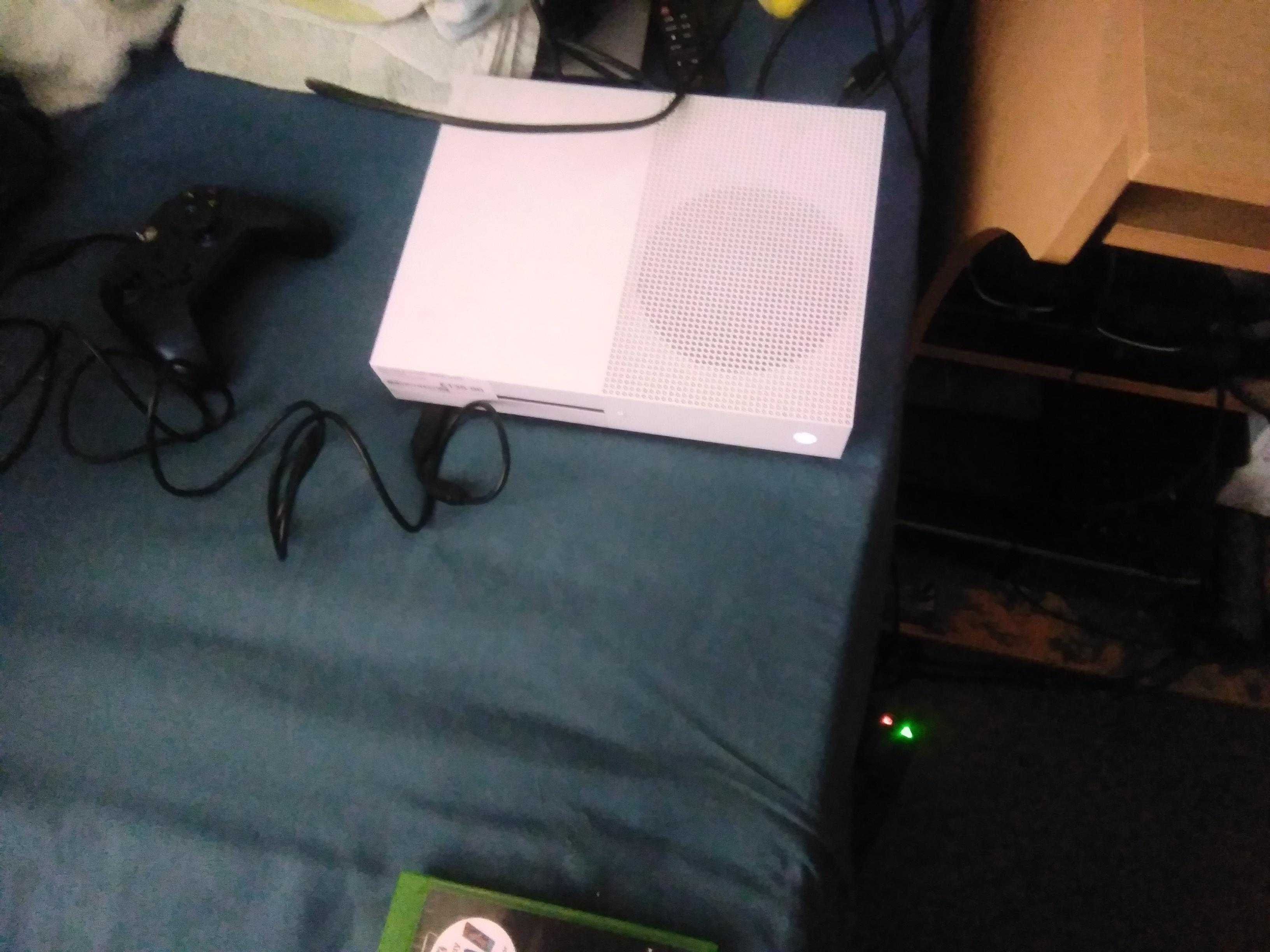 I now have an Xbox one S which was supposed to be a 500GB hard drive version, but after looking at the storage section... 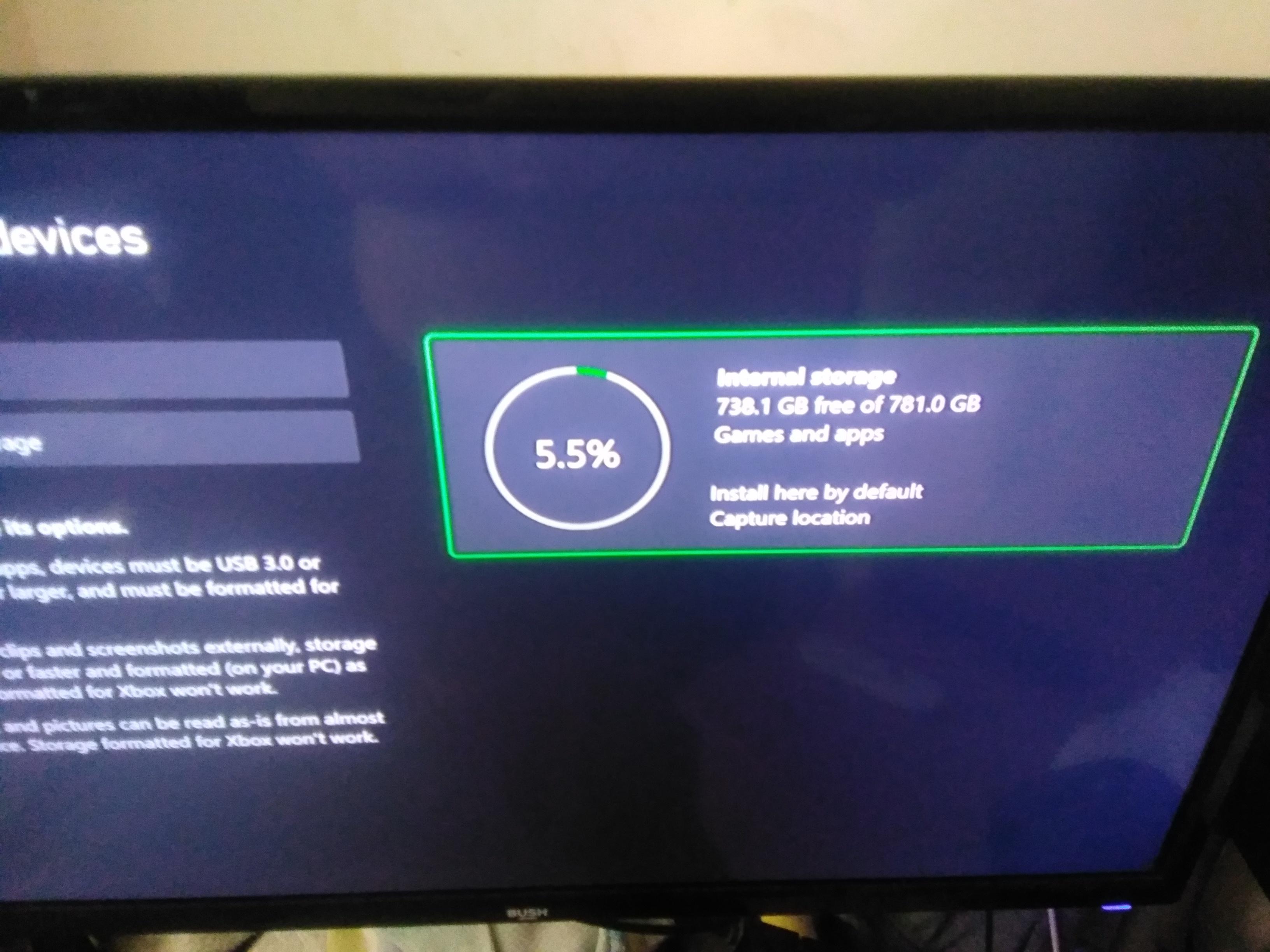 It appears that CeX was either Sloppeh with their marking or the unit I got was a 500GB model that was upgraded to 1TB.

Ticket for Free! The Final Stroke: vols 1 & 2 at Vue Portsmouth. So far I'm the only one who has bought a ticket and I don't think they think they'll have many people as you can only select seats from the first 4 rows.

The first volumes of A Sign of Affection and Aposimz are currently under £1 on Kindle. Paradise Kiss was about £8.50, and I think that includes the complete series.

Found these on the exotic aisle in Sainsbury's: 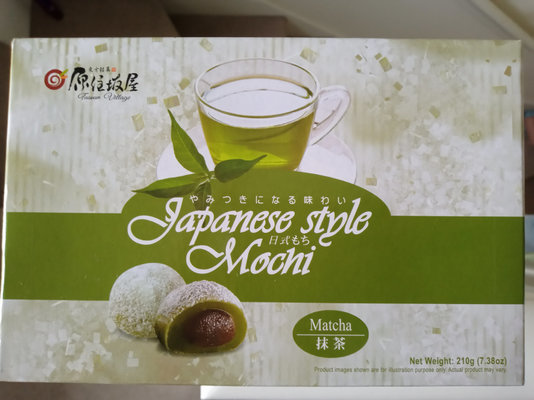 So provided none of them cancel at the last minute (there's already been a guest cancellation) I'll be meeting two voice acting legends at Scotland Comic Con in October!
Actually looking at my signed picture collection I was wondering who in it was involved in Transformers. I can name a few such as Jeffrey Combs who was Ratchet in Transformers Prime, Ron Perlman who's gonna be in the next movie, Tara Strong who was Sari in Transformers Animated (she also voiced Teletran 1 and both Daniel and Carly in said show) and Phil LaMarr who voiced Jazz in Transformers Animated

Had a look at your channel and saw the Ryuko Matoi figure. I've been looking at figures of her on eBay for ages, but the official ones were really expensive and the cheap ones were Chinese knock-offs. Eventually I stopped and then they sneaked this one out! Mostly sold out in UK stores, but found one on eBay for £40. Seller has 100% positive reviews so hopefully legit. 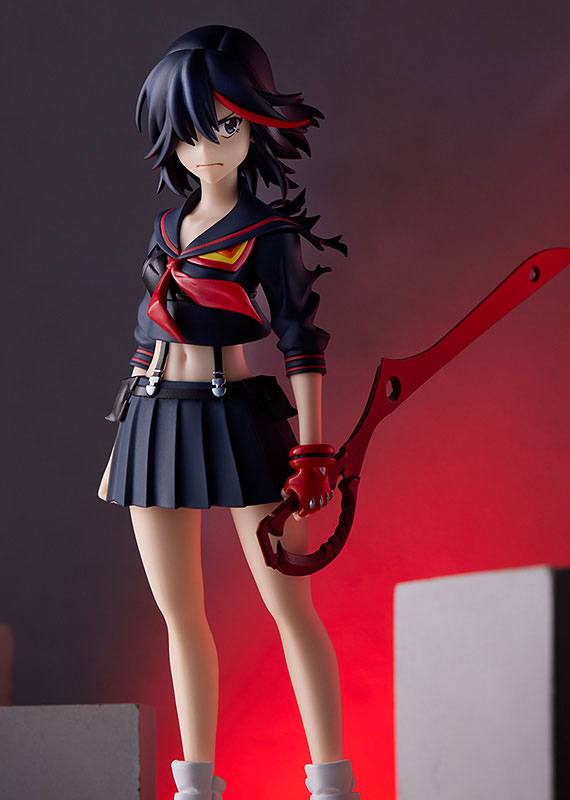 D1tchd1gger said:
Had a look at your channel and saw the Ryuko Matoi figure. I've been looking at figures of her on eBay for ages, but the official ones were really expensive and the cheap ones were Chinese knock-offs. Eventually I stopped and then they sneaked this one out! Mostly sold out in UK stores, but found one on eBay for £40. Seller has 100% positive reviews so hopefully legit.
Click to expand...

Wow, that's a pretty nice figure for £40 - I am not a fan of Kill La Kill at all, and I don't collect figures (except for one single 18+ figure I purchased last December, arriving in 2023), but I do look at them online quite often. I've found that I am extremely critical of the quality of the face, which would be my primary criteria affecting if I were to purchase one - and that figure looks great. Too many figures have faces that look really off from the anime character, or they look too plasticy or cartoony or the facial features look too generic, and that completely nullifies my interest in the overall figure for me. 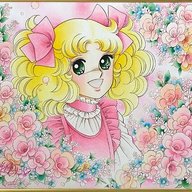 D1tchd1gger said:
Had a look at your channel and saw the Ryuko Matoi figure. I've been looking at figures of her on eBay for ages, but the official ones were really expensive and the cheap ones were Chinese knock-offs. Eventually I stopped and then they sneaked this one out! Mostly sold out in UK stores, but found one on eBay for £40. Seller has 100% positive reviews so hopefully legit.

It should be legit! I'm pretty sure that figure has no bootlegs and that's around the price it should be available at. These Pop Up Parades are really nice and accessible. Glad I could help at all, enjoy the figure!

I said Yor was next. As soon as I saw this on myfigurecollection.net I had to get it. Cheapest was also a UK seller, so it'll arrive quicker than any of the rest: 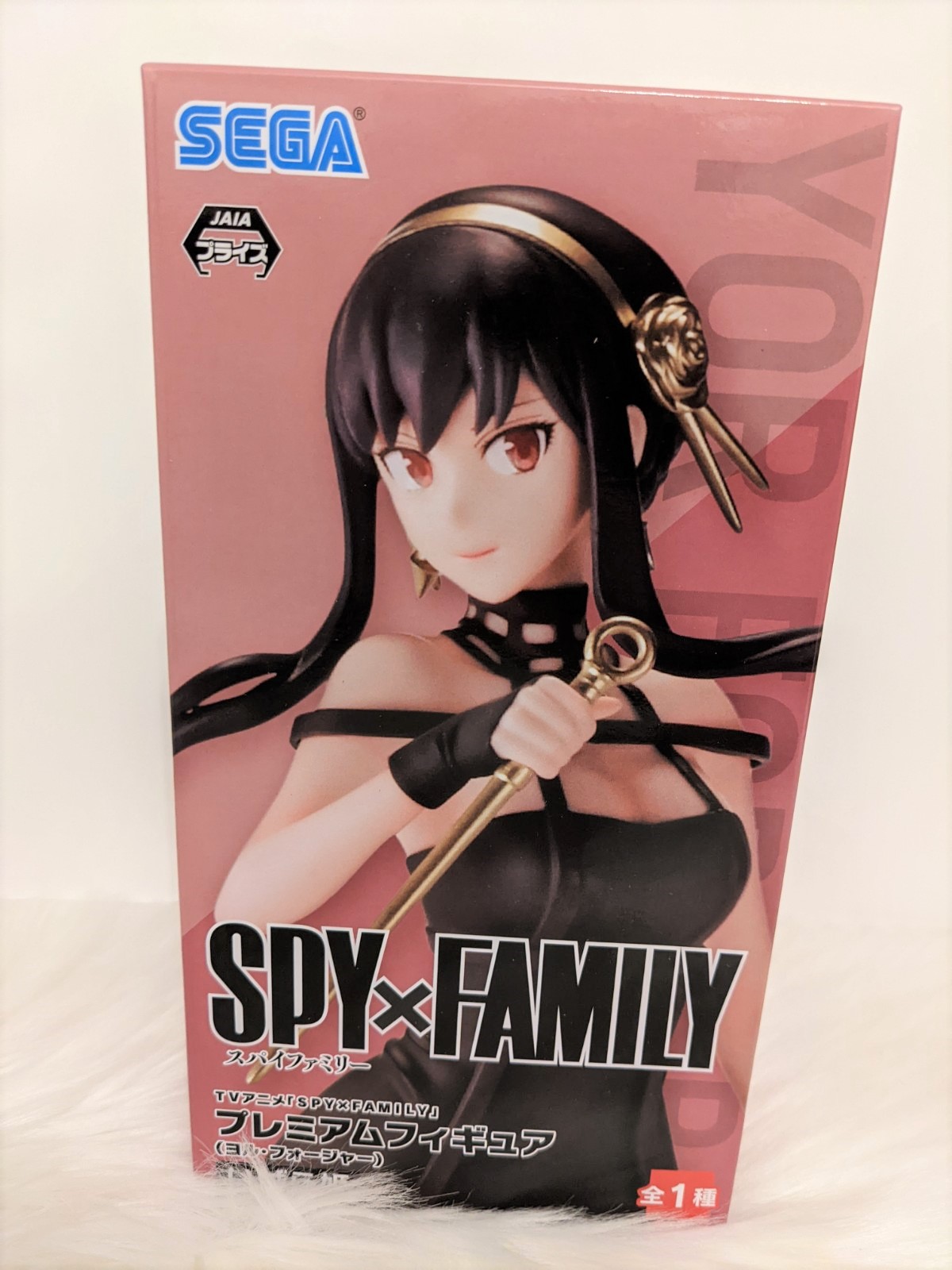 Booked and paid for a holiday for October next year. Doing a Leger coach tour for solo travellers to Valkenburg, Aachen & the Rhine Valley.

There's a sale on some 3DS games on the eShop which are definitely worth buying as they're only around £3.00 to £5.00. I bought Persona Q, Devil Survivor 2 and Soul Hackers. Other notable games in the sale are a bunch of Etrian Odyssey games, Culdcept and Stella Glow which I do also want but not as high a priority. Would like to own these all physical at some point but with the prices they are, I don't know when that'll be, if ever.
Share:
Facebook Twitter Reddit Pinterest Tumblr WhatsApp Email Share Link
Top