So me and a few mates are talking about going to Japan next summer. One of them's a teacher so would have to be when the kids are off. We're getting to the point where we want to draw up some kind of rough plan of what things we want to do and what we want to see. You know, like "go to hotsprings" or "ride on a bullet train".

Could really do with ideas from some like-minded people (no offence) so what would you want to do if you went to Japan?

For me I would like to visit the Ghibili museum, visit a shrine, go to Akihabara and possibly Universal theme park Japan. I also wouldn't mind visiting Mount Fuji national park and going to Kyoto for the cultural experience. Like Crashmatt said I'd go to Akihabara definitely, and there is this cafe for the MMO I play I'd go to called the Eorzea Cafe (basically I'm saying try out themed cafes/restaurants)

Depending how long the trip was I'd spend some time in Tokyo, and then move to Kyoto to visit more historic tourist locations such as temples.

We were talking about visiting Tokyo, but going out in the more mountainous and rural areas. I forgot all about Akihabara to be honest, and I've already been given my orders by my niece to bring her something back from the Ghibli museum but thanks for the feedback. A themed cafe kind of thing I didn't really think about but yeah.
Would probably be about 10 days I think.

I checked Wikipedia to see which place inspired the town of Itomori from Your Name and apparently it's Hida and does look pretty hida, gifu japan - Google Search

As would a number of places that inspired Ghibli films: 11 Places in Japan Featured in Studio Ghibli Films 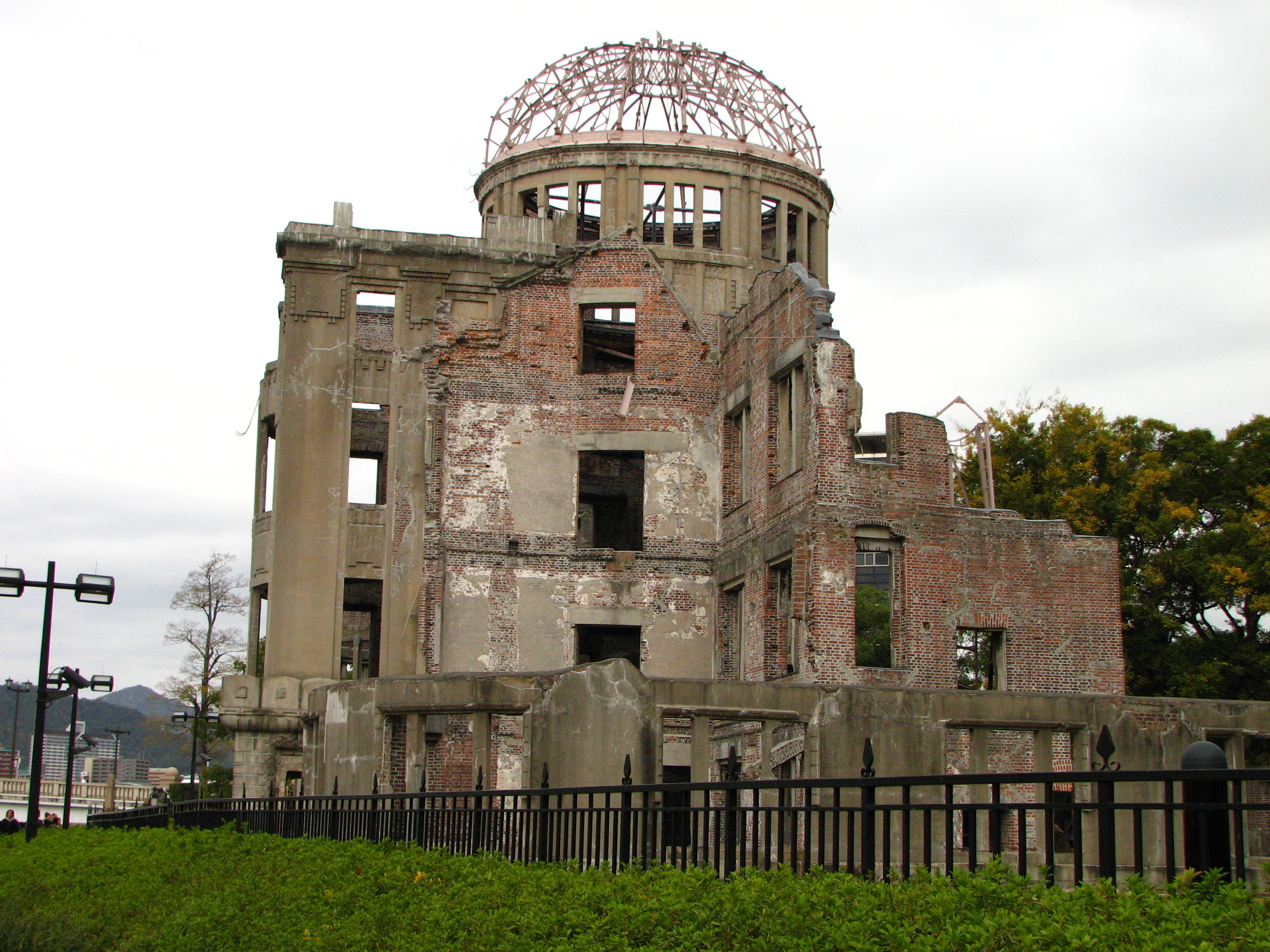 That's just a few things I would want to do, in fact I would probably need at least a year to do all the things I wanted to.
Last edited: 16 October 2017

Watanabe Ken said:
If your after a Bizarre Trippy experience I'd go to the Robot Restaurant in Shinjuku
Click to expand...

Oh my god, I remember that from an old article on Manga's website: Robot Restaurant (Tokyo) | MangaUK

I'm hoping to go in 2018 with my girlfriend and spend a week split between Kyoto and Osaka and then a week in Tokyo. I probably can't do everything I want to do in one trip but that's okay as I'm definitely going to try and go more than once.

As a big godzilla fan I'd want to check out the giant Big G model adorning the Hotel Gracery in Shinjuku while doing a bit of geeky shopping and checking out some nice places to eat. I'd like to visit some shrines and temples and see some kendo demonstrations and tea ceremonies. As a fan of mecha (particularly Evangelion, Gundam and Votoms) I'd like to see some of the VR experiences they have based on those shows that they have in Shinjuku VR Zone and visit Shonen Jump world and the Evangelion World stores.

I think checking out some theme cafes would be fun and I'd also like to go to the Ghibli Museum and the japan film museum as they have a pretty awesome Tokusatsu section, I think there is a dedicated Tokustatsu museum now as well.

Visiting a hot spring would be a nice break after all the walking around. I've recently discovered I quite like Japanese whiskey so I'd be sampling some of that.

I think watching a sumo match might be quite a unique experience.

If I went in winter I'd like to see the snow festivals including all the ice and snow sculptures in Sapporo.

Hiroshima and Mt Fuji would also be amazing.

Too much stuff, I'm going to have to start making some kind of itinerary I've been four times now and have gone far south as Kumamoto and as far north as Ishinomaki which is about 60km north of Sendai. I'm also planning another trip for summer 2018 (very vague plans) to see Wonder Festival Summer 2018 and Comiket 94, and am planning to see as many obon, tanabata, toro nagashi and fireworks festivals between those two fan events.

For mountainous areas, you may want to go out to go out to Hakone (includes hot springs) or even out to the Fuji Five Lakes district or maybe Nikko (also has hot springs). If you want to go on the shinkansen (bullet train), you can get to Hakone by shinkansen; from either Tokyo or Shinagawa station to Odawara station, then on to from there Hakone-Yumoto Station via the Hakone Tozan Line.

For the Studo Ghibli Museum, you will have to prebook tickets before you leave via JTB or whatever the equivalent is in the UK. If you can't get in to see the museum (and it's REALLY hard to get into the gift shop in the museum anyway, it's always packed), there are a number of Donguri Republic stores dotted across the city. Big retailers like Bic Camera, Yodobashi Camera and all department stores will stock a range of Ghibli merchandise anyway.

A few warnings about Tokyo summers (which has me umming and ahhing about my trip); it's the school holidays so it's going to be really busy, it's going to hot and humid as hell, travel might be a bit of problem especially on the shinkansen (travel early in the morning and late at night for the best chance to get tickets) and typhoons and intense summer downpours can occur.

Also a few things that on line guides on Japan just don't seem to talk about; for the love of god always keep you passport on you; cops can check you anytime they like and ask you for identification, no passport on you and they can hold you for up to 23 days or someone from your group or hotel brings your passport to the koban or station they're holding you at. However is is highly unlikely you'd be stopped by a cop. Also JR Rail Passes are a complete rip off unless you're using shinkansen every second day or so. Do some calculations on Hyperdia and compare the costs with whatever JTB or your travel agent is selling the Rail Passes for. You may want to get an IC card like a Suica card which covers JR, subway and all private railways in metropolitan Tokyo, unlike the rail passes which only cover JR trains. Convenience stores are fantastic for cheap meals (bentos usually cost less than 500 yen), however the rapid fire questions the clerks will throw at you are confusing. Learn up on what the heck they're asking you. In fact it might be good to learn some basic Japanese before you go as very few people know any (decent) English. Also while more and more places now accept debit and credit cards, cash is still king, so get some yen before you go. You can get withdraw cash from some ATMs inside Lawsons and 7-Eleven convenience stores.

That's pretty much all I can think of now. If you're stuck on where to eat, I use Tabelog or Gurunavi. I fell in love with the place when I went about five years ago and always look forward to coming back.
Last edited: 22 October 2017
D

I would love to see some Kabuki theatre or Noh; those costumes and masks are amazing! Also, as a fox-freak, I'd be checking out the Inari shrines for some folkloric inspiration. Maybe even stand underneath that life-sized gundam as well!

I would also love to go to Iriomote, just to see if a rare and illusive Iriomote Yamaneko would make an appearance for me

I've booked a trip for the end of October/beginning of November with some friends. Really looking forward to it.
D

st_owly said:
I've booked a trip for the end of October/beginning of November with some friends. Really looking forward to it.
Click to expand...

Sounds awesome! What part(s) will you be visiting?

Tokyo and Kyoto is the plan, maybe some day trips elsewhere too.
D

st_owly said:
Tokyo and Kyoto is the plan, maybe some day trips elsewhere too.
Click to expand...

I've booked the flights for this anyway so I now know what dates I'll be there at least, but something occurred to me whilst I was imagining buying everything in Akihabara. I was thinking what EXACTLY would I want to get from there (apart from everything) that I wouldn't be able to get from...well...here? Something exclusive to the location, so maybe a Japanese collectors release or like how some games don't really get released in the west.
I'll probably pick up a few BDs just because but can but what would you get and bring back? Or even post back?

Adam-M said:
what would you get and bring back?
Click to expand...

CDs and figures seem to be things that you have to order from Japan. Anime and Manga mostly comes out over here nowadays (and would be mostly pointless, manga especially if you don't know Japanese).

Quick everybody get your orders in

BTW I hope you've been taking notes when watching Ms. Koizumi Loves Ramen Noodles for places to eat ramen and Yuru Camp for nice places to visit around Mount Fuji.

Mount Fuji should be a good one but that's the main reason I'm watching Yuru Camp
About the ramen, I'm gonna give this kind of thing a miss I think
D

Adam-M said:
Mount Fuji should be a good one but that's the main reason I'm watching Yuru Camp
About the ramen, I'm gonna give this kind of thing a miss I think
Click to expand...

Nonsense! I'm sure ramen is an excellent exfoliator and pore cleanser!

Adam-M said:
About the ramen, I'm gonna give this kind of thing a miss I think
Click to expand...

I hope they don't serve it up in the restaurant afterwards

I was thinking what EXACTLY would I want to get from there (apart from everything) that I wouldn't be able to get from...well...here? Something exclusive to the location
Click to expand...

A Japanese wife or one of those high tech sex robots.