AUKN Staff
The PlayStation Vita is a handheld console device developed by Sony and is the successor to the PlayStation Portable. Released in December 2011 and February 2012 for everyone else, the Vita has received warm reception amongst the community. As an eighth generation device it's completing against Nintendo's 3DS. As time moves forward, the Vita sadly did not perform very well outside Japan and has been ignored by many gaming fans.

The Vita has two models with some different features between the two. The first model, PCH-1000 series, used a 5-inch (130 mm) OLED multi-touch capacitive touchscreen, and supported Bluetooth, Wi-Fi and optional 3G. The second model, the PCH-2000 series, featured better battery life, more internal storage, thinner and lighter, among other inclusions including the switch from OLED to LCD. The first model is declared a legacy platform by Sony (this statement brought mis-confusion as many believe they were referring to the Vita as a whole).

In November 2013, Sony introduced the PlayStation Vita TV (known in English zones as the PlayStation TV) as a device that allows users to play Vita games on the TV using a Dualshock (PlayStation 3 controller) with support for most titles.

There are currently two versions of the Vita available for retailers - the 2000 model and the PlayStation TV. Ideally you would want to go for the 2000 model as it can play all of the Vita games currently available. The TV model is still a viable option but it does have certain games unplayable for various reasons (not to mention some games don't work in Europe when they do in North America like Danganronpa: Trigger Happy Havoc).

The TV model will cost around £39.99 if you're lucky. Sony has discontinued support for this device so find one if you can. Future games will still support this however.

YouTuber BlueMaxima does weekly Vita updates and reviews on the latest titles! He even now writes articles for Niche Gamer.
Last edited by a moderator: 7 August 2016

AUKN Staff
Updated as of 16th May 2018. There are tons of games that I have missed out in this list so bare in mind that more will be added over time.

Blue refers to Japanese only releases. Orange refers to Asian releases with English support. Red refers to not released in UK.

Action
Shooting games, hitting monsters, anything that involves action is here.
Adventure
This genre is for the games that are dialogue focused like Visual Novels but focus more on point & click and even navigating around the place.
Fighting
Battle other AI opponents and more in one-on-one (or perhaps more) in combat!
Music/Rhythm
Games that have fun rhythm beats with music to go alongside them. They're all import friendly if you decided to acquire Japanese physical copies instead.
Musou (aka the Dynasty Warriors games)
The so-repetitive-but-so-good Warriors franchise keeps on growing so here's every title that has made an appearance on the platform. Other publishers that have similar gameplay will also have its appearance in this list.
Puzzles
Every console/portable device has to have some form of puzzles available. There's a few notable ones on the platform.
Racing
There isn't that many racing games on the platform but there are also some note-worthy ones.
Role-Playing Games
RPGs is probably the biggest genre for the Vita. There are tons and some of them are considered to be one of the best on the platform.
Visual Novels
Games that are story-focused and text-focused with not much on the gameplay side. Select games do have gameplay elements which we'll list here regardless.
Other Genres
There are a fair amount of games that have various genres that don't fit the list above so we'll pu them here.

AUKN Staff
The non-official mascot for the PlayStation Vita is Uni!

But she's sad about the poor treatment of the Vita. Seriously this article is worth a read, multiple games are missing from the US Store even though they *are* there.

No mention of Digimon Story Cyber Sleuth in your list? I'm a little disappointed.

Jaysgba said:
No mention of Digimon Story Cyber Sleuth in your list? I'm a little disappointed.
Click to expand...

The list covered retail games (and it's a work in progress after having to find the details via cache), I'll have a bunch of notable digital games added soon.

Moderator
I think Cyber Sleuth was also physical retail, i remember seeing it on a few occasions in GAME, but yeah. The vita isn't treated with the respect it really deserves. It ha a lot of good titles in there and it's a decent piece of kit all round that just got ignored so quickly by Sony. Some really good gems on there, including Persona 4 dancing all night, etc. I wish more bought it/would buy it to give a lot of the games a try which are just vita exclusive. There is a lot to enjoy

Arbalest said:
I think Cyber Sleuth was also physical retail, i remember seeing it on a few occasions in GAME, but yeah. The vita isn't treated with the respect it really deserves. It ha a lot of good titles in there and it's a decent piece of kit all round that just got ignored so quickly by Sony. Some really good gems on there, including Persona 4 dancing all night, etc. I wish more bought it/would buy it to give a lot of the games a try which are just vita exclusive. There is a lot to enjoy
Click to expand...

I thought they'd gone Physical and Digital for PS4 Digital Only for Vita.

Arbalest said:
I think Cyber Sleuth was also physical retail, i remember seeing it on a few occasions in GAME, but yeah. The vita isn't treated with the respect it really deserves. It ha a lot of good titles in there and it's a decent piece of kit all round that just got ignored so quickly by Sony. Some really good gems on there, including Persona 4 dancing all night, etc. I wish more bought it/would buy it to give a lot of the games a try which are just vita exclusive. There is a lot to enjoy
Click to expand...

I thought they'd gone Physical and Digital for PS4 Digital Only for Vita.
Click to expand...

However you can in fact get a physical copy from the Asian English version which if I remember right is based on the European version (by that I mean you should be able to buy EU DLC and it'll work with the Asian copy). 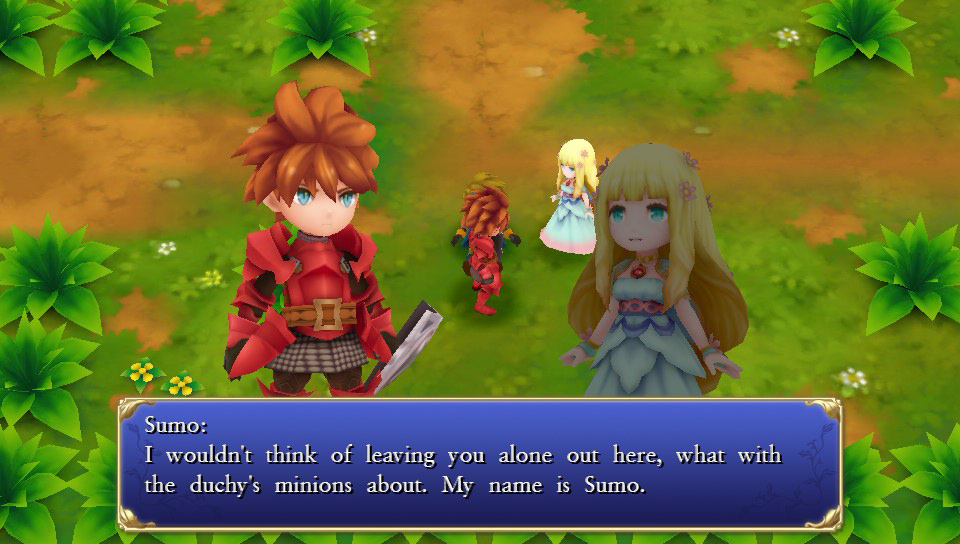 The game has always been digital only so I'm up for getting this.
Info states it's compatible with PlayStation TV

The vita has been fully hacked (it's sandbox breached), though it is currently a browser based hack which needs putting on every time the console is turned off & on. I'm sure there'll be ways to make it more permanent now though.

If the vita does get a decent cfm then I'll actually consider a vita TV box as Sony's ridiculous whitelist has kept me from purchasing one.

The vita deserved so much better from Sony, maybe in the hands of the community it will get what it deserves. Of course piracy is likely to become an element of it but Sony has already written off the vita as 'legacy' & releases are slowing so I doubt it'll be as detrimental as the PSP.

AUKN Staff
Apologies for not updating this thread much (still behind from the June incident).

Someone on NeoGAF has posted an Upcoming Vita Games chart, so feel free to have a look at that while I'll sort out the thread this week!

Great chart thanks. Be interesting to see how many get the digital only treatment here in the UK though. While I've never been able to get into the Digimon World series the way that I did with Cyber Sleuth, I'd definitely be excited if Digimon World: Next Order received a localization. Thanks for sharing the image! I honestly had no idea that Vita had so many potential goodies on the horizon... :x

Amnesia:Memories is one of the PS Plus games next month, looking forward to playing it. Rena Ryuugu said:
Amnesia:Memories is one of the PS Plus games next month, looking forward to playing it.
Click to expand...

It's a good game; really enjoyed it considering (well worth adding to the PS+ collection).

Emo185 said:
It's a good game; really enjoyed it considering (well worth adding to the PS+ collection).
Click to expand...

I have done a few routes so far, and I'm having a great time going through the story. So glad I got the chance to try it.

AUKN Staff
I'm working on updating this thread properly sometime during the next few weeks but here's a quick update on what's been happening for the underrated device as of late.

STABILITY UPDATES, EVERYWHERE
The Vita gets an update every now and then that basically does Stability stuff. Nothing special.

PLAYSTATION NOW DISCONTINUED
The online streaming service will no longer support any device outside PlayStation 4 and PC. Starting sometime in early August, the PS3 and PSVita as well as various devices from Sony won't be able to use this. It's practically useless anyway unless you have tons of cash and a very good internet connection.

THE VITA STILL HAS GAMES
Despite the stock for the console being very low lately, there are still games being made for the platform so it's still alive and kicking.

WHAT'S BEEN RELEASED FOR THE VITA (JAPANESE-WISE)
Here's a list of every Japanese made Vita title over the past year or so.
WHAT'S COMING TO VITA IN 2017
Quite a number of games. Most of them are physical releases as well, thanks to the dedicated publishers Aksys, Idea Factory, NIS America, PQube, and XSEED.
It's great to see more visual novels heading west, especially with Utawarerumono as it's one of the bigger titles out there.

AUKN Staff
As mentioned this thread has taken its time to update but I may as well get this notice out of the way.

Sony will be officially discontinuing the retail copies support for the PlayStation Vita in Europe and United States. I believe Japan and Asia will still be able to do this as it still sells well over there. The console itself has been discontinued for a while unless you import from Japan.

I think it's a good point to bring up that if you want to collect some more Vita games I recommend you do it starting now. For me I have a bunch of games to try and acquire but I seem to have acquired a number of their bigger titles like Everybody's Golf, Killzone Mercenary, Soul Sacrifice and even the rarer ones like Corpse Party: Blood Drive and Hyperdimension Neptunia Re;Birth 1.

AUKN Staff
Thankfully most of the games I plan to play are available digitally so as long as the PSN Stores are still functional I'll be fine.

Time to get all the remaining physical Vita games I'm interested in.