PQube has announced that PUNCH-LINE, the visual novel adventure version of the anime series from the writer of Zero Escape, is coming to Steam. The game has been made available for PlayStation 4 and PlayStation Vita last year. 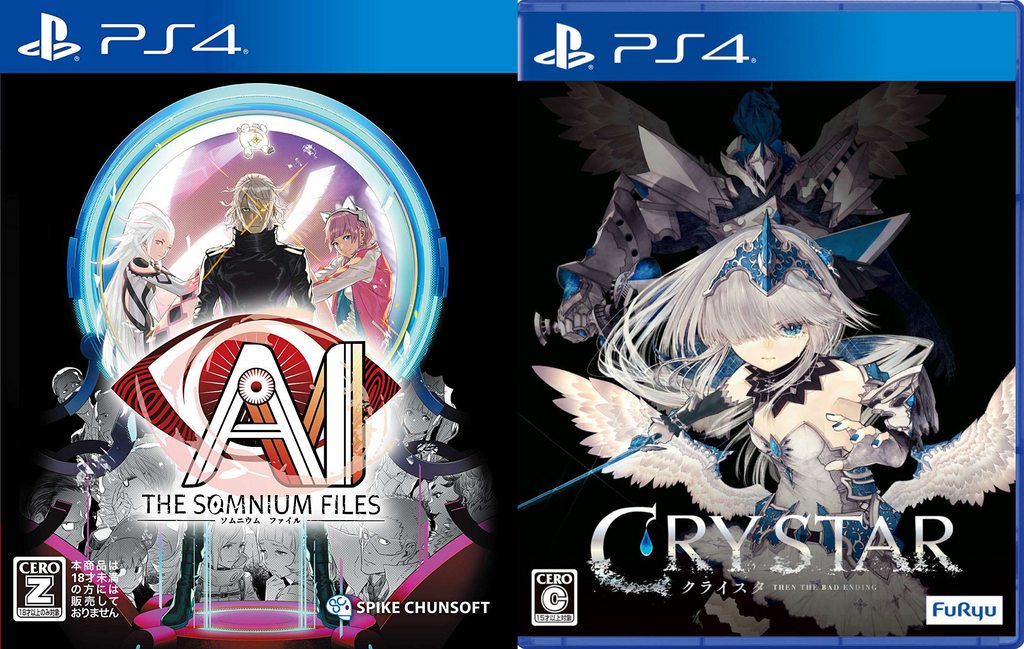 Spike Chunsoft has announced European release plans for AI: The Somnium Files and CRYSTAR. AI: The Somnium Files, an adventure game from the writer of Zero Escape, will launch on 17th September for PC, and 20th September for PlayStation 4 and Nintendo Switch. CRYSTAR, an action RPG by FuRyu Corporation, will launch on 27th August for PC and 30th August for PlayStation 4. 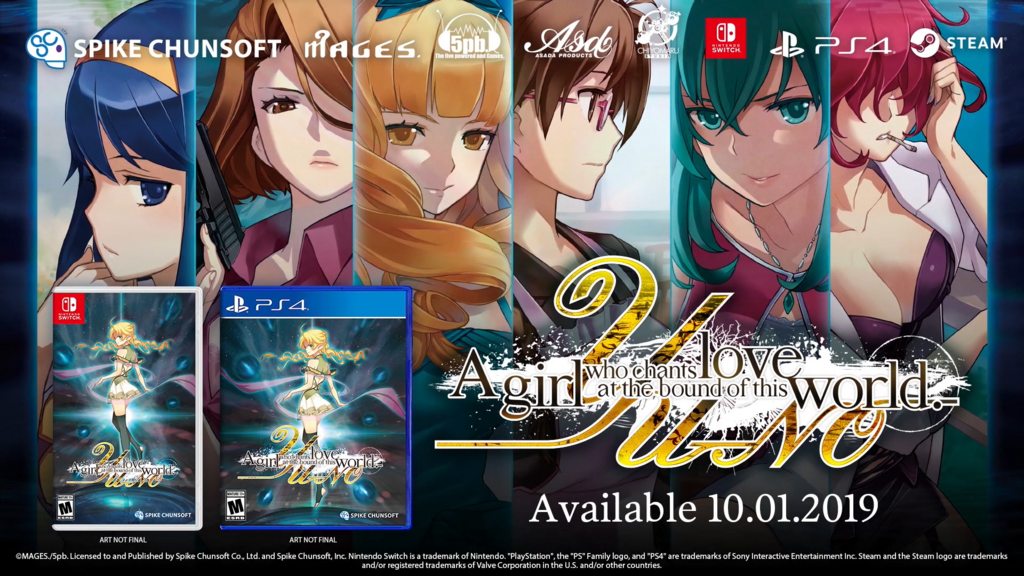 Spike Chunsoft has revealed new details for their upcoming localised release of the 2017 visual novel remake YU-NO: A girl who chants love at the bound of this world. The game will be coming to PlayStation 4, Nintendo Switch, and PC on 1st October 2019.

The PlayStation 4 and Nintendo Switch versions will have slight alterations while the PC version is based on the original Japanese Nintendo Switch release. A sunbeam is placed over Sala’s naked lower body in the Sala Oasis scene, while some cursor interaction symbols have been replaced with the “investigation” symbol (the rest is intact). 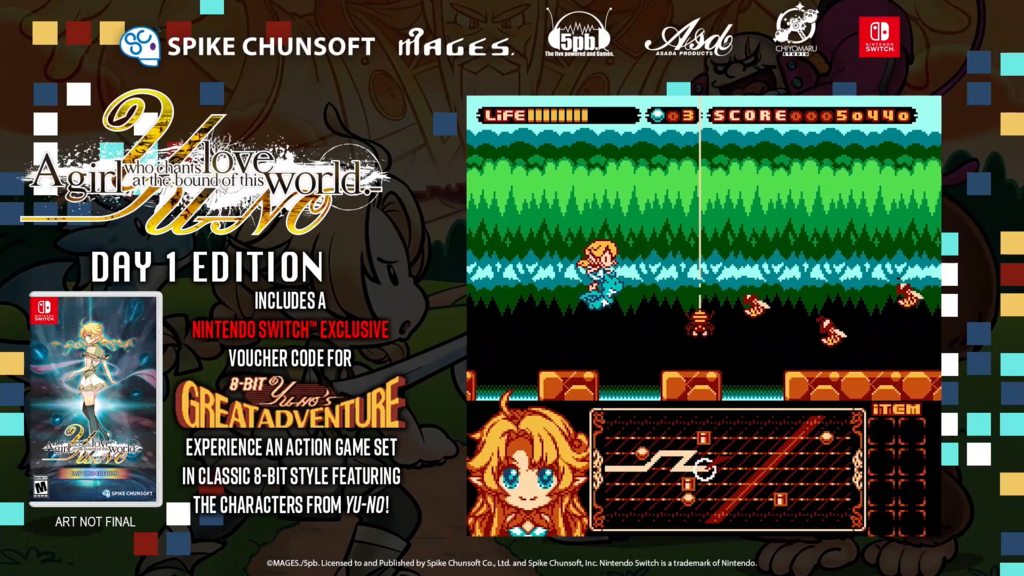 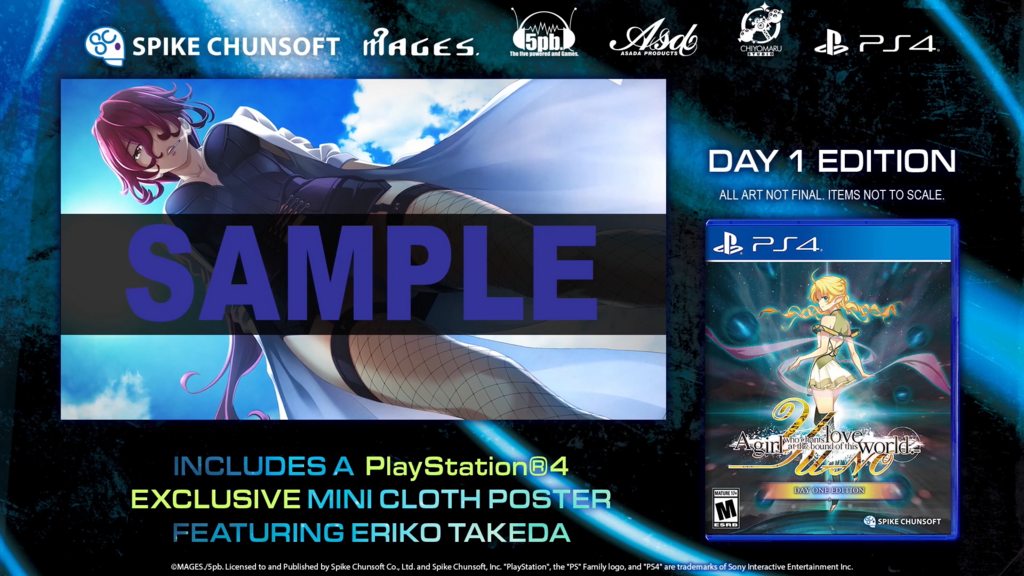 For day one owners, the PlayStation 4 release will include a mini-cloth poster and the Nintendo Switch release will include a download code for 8-Bit YU-NO’s Great Adventure. NIS America will also be offering a limited edition that includes a hardcover art book, original soundtrack, pillowcase, and collector’s box.

The original visual novel was released in 1996 as an eroge while the 2017 version is all-ages with updated character designs by Heavy Object's Ryo Nagi. The anime adaptation simulcasting on Crunchyroll and Funimation dubbed & subbed is based on the 2017 version of the story.

Comparison designs from 1996 to 2017 (may contain spoilers) - courtesy of Reddit's Visual Novel section: 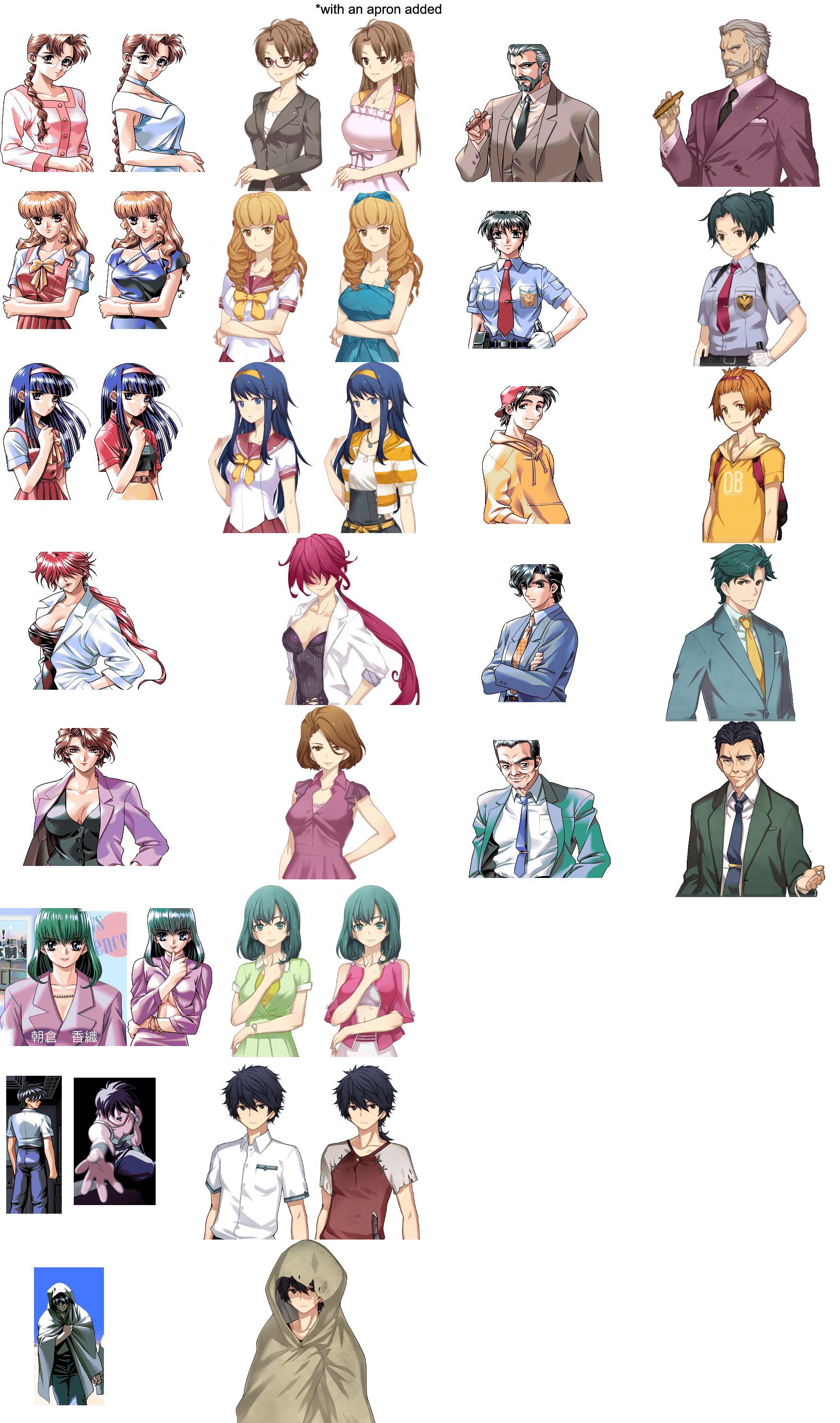 AUKN Staff
Suda51 has announced that No More Heroes: Travis Strikes Again will be coming to PlayStation 4 and Steam (originally Nintendo Switch exclusive).

AUKN Staff
SEGA has revealed its official Japanese line-up for the Mega Drive Mini, after announcing the last 10 additions to the device.

AUKN Staff
SEGA have also revealed the line-up for the Western version of the Mega Drive Mini (Genesis Mini for the US).

Both Darius and Tetris will be included!

The final 10 titles announced were as follows: Solaris Japan, a Japanese video game online retailer, has now introduced a new loyalty program. Basically, in a similar vein to other sites like VideoGamesPlus, you earn points every time you order an item from the store. Points earned will vary between each item. Once you have earned enough, you can redeem them to save some money on the next order (for example 1,000 points = 1,000 Yen).

Until 12th June, they are currently running a special offer where you can earn 10x the amount of points.

For those curious about this site, Solaris Japan is my go-to website for importing Japanese video games, both new and pre-owned. Most of the time they have gone through without any issue, and the one time that I did have an issue (Gal*Gun PS3 disc couldn't complete the pre-install run on PS3) their customer service got back to me really quick and offered a replacement copy which was nice of them. Pre-owned games on their website are essentially like new to very good condition (though do not be surprised if a super rare game or a very old one is in a different status). Other quick answers I can provide: The shipping is relatively quick, just like Amazon Japan, and there is a tracking shipping option available.

So the sequel that seemed destined never to be, is. I have mixed feelings. The staff of BioWare who went to Black Isle were going to make it, then Black Isle ceased to exist. The staff of Black Isle who went on to form Obsidian were going to make it, then for whatever reason that didn't happen. Those folks I totally trusted with the IP because many of them were the same people who worked on BGII, and went on to prove they still had what it takes with the likes of Fallout: New Vegas (another of the all-time greats imo) and Pillars of Eternity. Larian however, I know next to nothing about.

Baldur's Gate II is still my favourite game of all time. It was probably the first time text on a screen made me actually care about characters in a game. The way they would all play off each other depending on who you took along with you and the way your attitude towards them determined the outcome of their stories was like nothing I'd seen before. I remember the epilogues for each character at the end even made me tear up a little. I am incredibly excited about potentially seeing these characters again (though not my beloved Viconia, RIP, though at least that means there's zero chance of her being ruined) and revisiting the Forgotten Realms, a setting I have a great fondness for. But the idea that no-one from the original development team will be working on it does make me quite apprehensive.

I definitely understand your concern on this one, especially if the franchise includes your favourite game ever, but I love Larian's games (well, Divinity Original Sin 1 & 2 anyway) so I'm pretty excited by the prospect of them making a new Baldur's Gate. I guess I'm not really all that attached to Baldur's Gate tbf (I do like the games though) so maybe that's why I'm not overly concerned.

Buzzkillington said:
I definitely understand your concern on this one, especially if the franchise includes your favourite game ever, but I love Larian's games (well, Divinity Original Sin 1 & 2 anyway) so I'm pretty excited by the prospect of them making a new Baldur's Gate. I guess I'm not really all that attached to Baldur's Gate tbf (I do like the games though) so maybe that's why I'm not overly concerned.
Click to expand...

Yeah, I mean for me personally there's a lot of nostalgic investment in that particular franchise. I remember picking up the original Baldur's Gate on a whim when it was on sale and unpacking the shoebox to find it was on no fewer than five CDs, wondering how on earth it was possible for a game to take up so much space. It felt epic in every sense of the word, from the installation procedure to the size of the game world to just how many hours of entertainment it provided. I had never played such an engaging game, and awaited the sequel with baited breath.

Then when it finally appeared and not only was it even bigger and better looking, with a grander, more intriguing and less cliché storyline, far more voiced dialogue (including the always fantastic David Warner as the villain) and deeper characters and interactions but your data including character relationships actually imported over from the first game (the internet informs me BGII wasn't the first game to do that, and it was in the tradition of earlier Gold Box D&D games, but it was the first time I'd ever experienced anything like it) and it made me feel really involved in a way I've rarely felt even with later RPGs (the cardinal sin of newer RPGs imo is voiced player dialogue which I hate with a passion, how are you supposed to roleplay if someone else has decided what your character sounds like, eff right off) probably only TES IV and V have made me feel similar (not that New Vegas isn't an absolutely fantastic RPG from a freedom standpoint, but the characters and relationships never grabbed me like BGII, so it didn't emotionally invest me). And I'm already slightly terrified for TES VI because of Fallout 4's voiced PC and incredibly limited actual roleplaying.

I may check out Divinity in the meantime, it's on sale right now (clever, straight after the BGIII announcement) but I find it kinda difficult to get into new fantasy worlds. It was an issue even with Pillars, I have so many of these worlds in my head already.
Last edited: 8 June 2019

AUKN Staff
Nice to see Trails 3 making it out before the end of year rush. Hopefully I'll be finished 2 by then (it's currently on hold while I play Persona Q 2...)

Demelza said:
Nice to see Trails 3 making it out before the end of year rush. Hopefully I'll be finished 2 by then (it's currently on hold while I play Persona Q 2...)
Click to expand...

Currently playing 2 (but already played it before on the PS3).

I’m happy that 3 is released just as I have a weekend off work according to my rota. Glad I ordered the Thor’s Academy Edition from their site.

Still "2020" Thanks Atlus while Square Enix shows Worldwide can occur

Shenmue 3 is now an epic store exclusive what a shity move when people backed the Kickstarter with the promise of a steam key people are asking for their money back.

And I'd have to bet that Epic offered more money for it to be an epic store exclusive then they'll have to pay back in backer refunds like what happened with phoenix point.

Watch Dogs: Legion sounds interesting. It's set in London which is always cool and has a V for Vendetta vibe to the story, but most interesting is the fact you can recruit any NPC and then play as them: