Joe said:
I'm personally hoping for that Mushishi film that Katsuhiro Otomo directed. I've wanted to see it for a while, but it's DVD only outside of Japan so never picked it up. Funimation originally put it out in the US, but it was over a decade ago so I would assume the license expired a while ago.
Click to expand...

I’d much rather the anime get a rerelease, Season 2 only got a dodgy Oz DVD release. Aniplex sits on the licence and it deserves Blu-ray. Believe me, the live action movie is a disappointment. Illustration for the current topic:

The fourth DVD is the fansubs for all of Mushishi, every episode and special.

Just Passing Through said:
I’d much rather the anime get a rerelease, Season 2 only got a dodgy Oz DVD release. Aniplex sits on the licence and it deserves Blu-ray. Believe me, the live action movie is a disappointment.
Click to expand...

Oh obviously, given the choice, the anime is a no-brainer. But on the subject of "what live-action films would you like this anime distributor to put out?", Mushishi was the first that came to mind for me.


Girls with Guns said:
Illustration for the current topic:

The fourth DVD is the fansubs for all of Mushishi, every episode and special.

Was lucky enough a while back to get all the singles and storage box for season 1. Definitely one of my favourite sets I own. 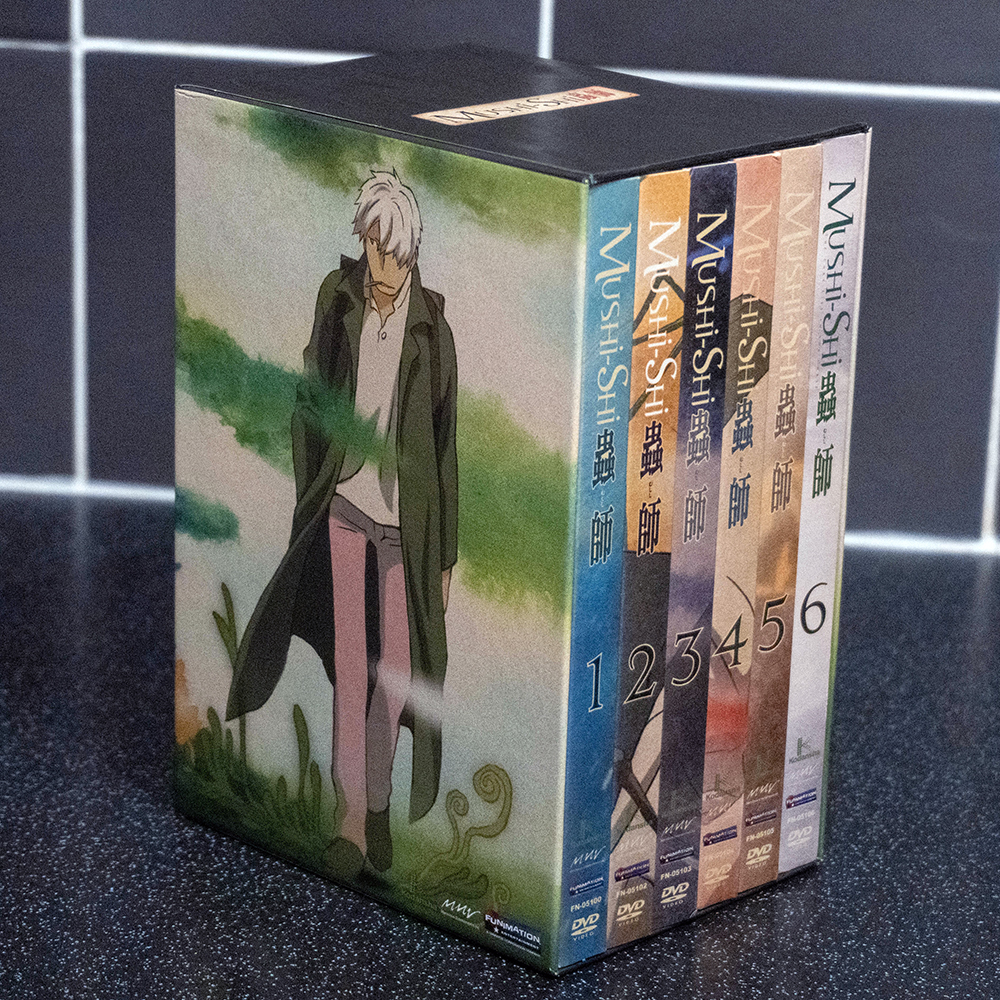 Fuse: Memoirs of a Hunter Girl-sorry, I already have the NIS CE set and I don't "double dip".

Thankyou as always for your efforts Grav

Here comes Lum the Forever, the marmite of UY movies. Personally it's my favourite (I love its atmosphere). It will be interesting to see how new viewers react to it.

I haven't heard of Galactic Whirlwind Sasuraiger, but an SF super robot version of Around the World in 80 Days sounds too intriguing to pass up.

AUKN Staff
I have finally made my first proper Discotek Media order, via Rightstuf which costed me $45 for shipping and $45 for customs/insurance. Not cheap but I have at least 6 titles chosen from the mix.

I do want to get more, but the issue is down to cost because it's not cheap getting these over to the UK even if its via United Publications. That said, the plus side of the high shipping is speed, so I expect these will arrive before the end of next week if they ship them out soon.

For the past couple of years I've always used a reshipper (Stackry) for buying US titles. Initially it was to get from sites that didn't ship internationally like Kino or Criterion but it can also work out quite nicely for those that do if buying a decent number of titles.

AUKN Staff
For Discotek titles I tend to make one big yearly order during their RS sale, for which I save all year for. It costs a fair amount but last year I came away with a sizeable amount of titles and discovered some lesser-known gems that I’m happy to have in my collection.
Last edited: 16 April 2022

While certainly not new to the world of boutique HV companies, it is new for Discotek to have stated strict limits on certain products. I have an interest in both Heart and Yummie and (more so) Holmes of Kyoto so this will be something to think over. More Lupin the 3rd too, quite a few things to pick up in July...
Last edited: 20 April 2022

Ooh how exciting! I can't wait to see what they announce XD

they'll post clips as they say, which is good as I think there's a decent shot of Gunbuster showing up.

Discotek went to a US convention (Anime Boston) so their panel was early enough for us to even be awake for it!


Discotek's August 2022 line-up was revealed during the panel.