There are a lot of interesting facts about Steamboy: it’s one of the most expensive Japanese animated movies ever made, it took 10 years to make, and it was the second project of Katsuhiro Otomo, following on from the one and only Akira. All that being said, what’s it actually like to watch?

First things first; if you’re expecting this to be anything like Akira then you’ll be disappointed. This is very much an uplifting family film in the same vein as a Disney or Ghibli project, and although it doesn’t achieve those heights, it’s still an enjoyable watch. Its main theme is the use of technology by man to inflict harm on other men rather than for something good and pure. It’s set in an alternate universe 1800s England, and as you’d probably guess, is very steampunk. Prepare for plenty of hissing, clicking and clanking in most scenes, that’s for sure! 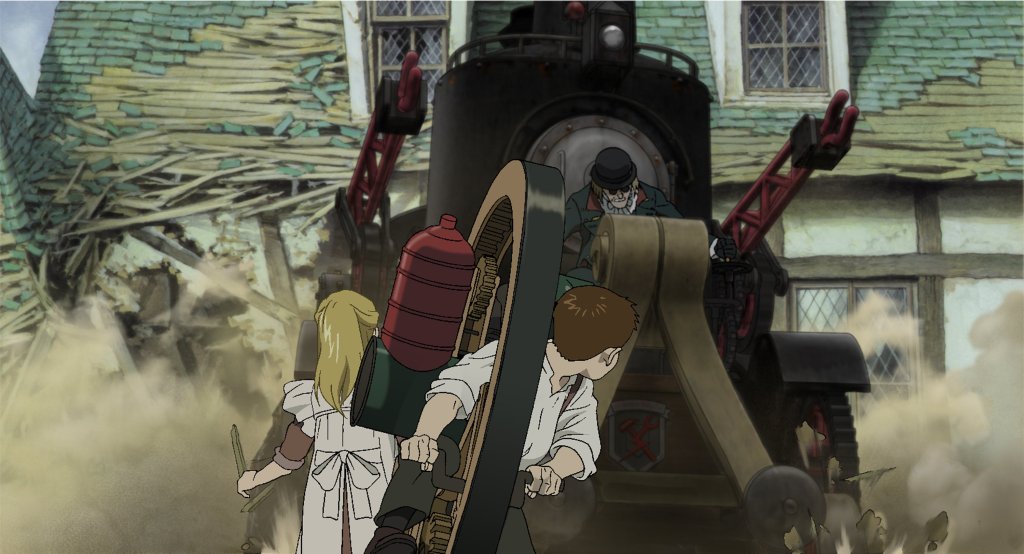 The main character is a young boy (of course!) called James Ray Steam, and he’s the son of renowned inventor Edward Steam and the grandson of even more legendary inventor Lloyd Steam. He works in a factory for little-to-no pay (some parts of history never change, it seems…) but takes great pleasure in pinching machine parts so he can build things at home like his Dad and Granddad, both of whom have been in America for several years working on the legendary “Steamball” that could revolutionize steam power forever.

The conflict comes in the shape of an American company called the O’Hara Foundation, who want the power of the Steamball for themselves. James receives the Steamball in the post and is soon instructed to run away with it by Lloyd, who claims his son, James’ father, is dead. This leads to some fun chase sequences with a large variety of steampunk contraptions, and eventually to James’ capture. I’ll leave the story there, but while in the enemy camp, so to speak, he meets Scarlett O’Hara St. Jones, a stuck-up and entitled little girl who soon follows James around out of curiosity and ends up getting a good dose of reality as the film progresses. 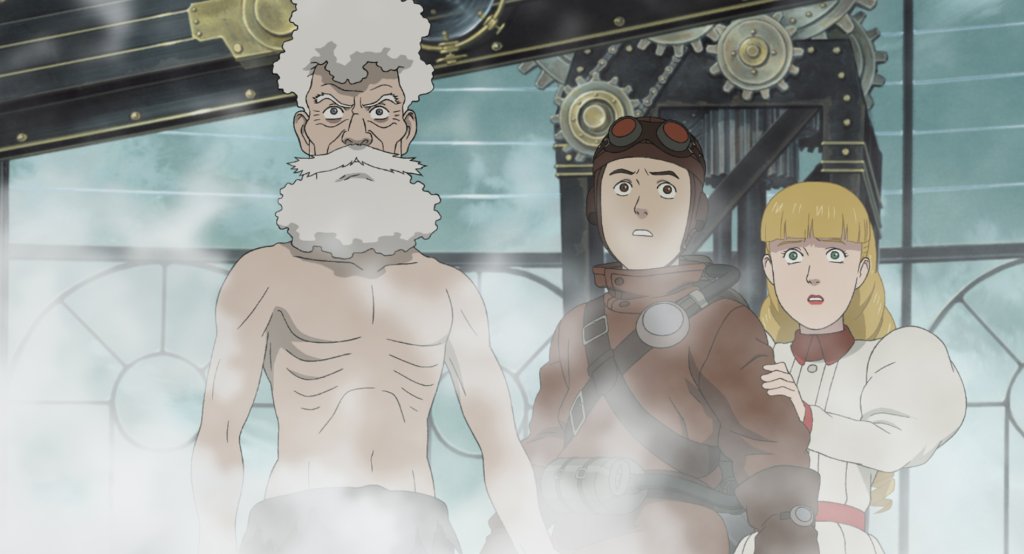 As you’d hope, given the length of time and amount of money spent on the project, it looks beautiful. The backgrounds are intricately detailed, the characters all move smoothly and are full of great facial expressions and gestures, and when they do mix a bit of CG into the film, you don’t ever really notice as it’s blended in really well. There are scenes of conflict and larger and larger steam contraptions towards the end of the film that are all a feast for the eyes. The soundtrack (Steve Jablonsky) similarly is full of plenty of “exciting adventure” sounding music, and though none of it is memorable, it does the job well.

I also have to mention the English voice cast here. This is one of those releases that has the default language option being Japanese with Subtitles, but after reading the cast list online before watching it, I went with the dub. With the exception of one or two dodgy attempts at a Manchester accent, the cast is great, with the likes of Patrick Stewart, Anna Paquin, and Alfred Molina rounding off an otherwise good traditional voice actor cast. It gave it that “watching a film at 10 am during a school holiday” feel, which was nice. Obviously I have no doubt the original Japanese voice cast is good as well! 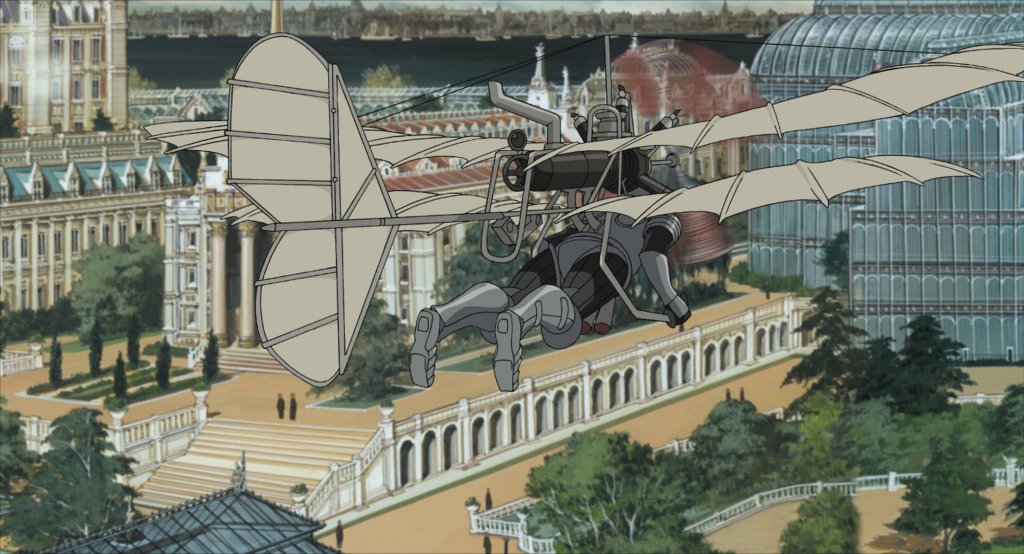 Plenty of extras can be found on the disc. Production drawings, “Animation Onion Skins” (basically the animation at various stages, or layers, of production), “Re-Voicing Steamboy”, which features Patrick Stewart, Paquin and the other English voice actors discussing the film and the process of voicing it, an interview with Katsuhiro Otomo, and “The Adventure Continues”, which is actually just the textless ending, it’s just that the ending is comprised of various stills showing our lead taking on various other steam creations and generally having other adventures (hence the name!).

Steamboy is a visually stunning film and has some great moments, but it does feel like it’s trying to be the epic Ghibli-style family film but it just falls short. It’s not quite as touching and the characters don’t quite have the same depth or charm. Still, comparing anything to those films is always unfair, and Steamboy will hold your attention for its roughly 2 hour running time, regardless of which voice track you go with. It’s a fun film, and while I’m sure the people who worked on it for TEN YEARS would want higher praise than that, it’s still worth watching.