I addition to my current podcast, Retro Anime Podcast, that reviews all genres of anime from the 60's to the 90's, I am starting a new podcast with @Scrambled Valkyrie that focuses on mecha anime from the same era called Retro Mecha Podcast.

Craig and I are recording our first episode this weekend in which we'll review Zambot 3 with a view to publish the episode in February.

If you've got any questions or comments on Zambot 3 then leave a reply here.

Hey guys. Craig Here, if you'd like a bit more info on the retro mecha podcast's origins and what our mission statement is, I talk about all of this in this article and give you a brief outline of the other stuff you can expect from Episode 1 apart from the Zambot 3 discussion/review.

Craig and I are just putting the finishing touches to the first episode of the podcast, we're expecting it to be published within the next week.

The first episode is out with our review of Yoshiyuki Tomino's notorious 70's Super Robot classic Zambot 3.

You should also be able to find it on iTunes and Stitcher in the next couple of days by searching for Retro Mecha Podcast.

Craig and I will be recording the second episode of the podcast in the next couple of weeks with reviews of the Panzer World Galient TV Series and OVA.

Leave any questions or comments for us here.

Moderator
Finally listened to the Zambot 3 podcast. The super robot genre is something I've always been unfairly dismissive of, I tend to write it off as a bit silly (which is probably why it took me so long to get around to this episode), but you've actually sold me on that one - the human bomb arc sounds like it would be shocking in anime now, nevermind in 1977.

I was also intrigued by the way it depicts the collateral damage from warfare so directly. Given the time it aired, it sounds like it was probably at least partly influenced by tv news footage of the war in Vietnam, but I had assumed that was something that didn't really creep in until later with the real robot shows, particularly those Ryousuke Takahashi was involved with.

Definitely a show I'll need to check out.

As you say Super Robot anime is often written off by some as being old and a bit silly, but there are some really good series from that era like Zambot 3. Chuffed that you would be prepared to watch it now, I don't think you'll be disappointed by it at all. I think you're spot on with Vietnam influence.

Thanks for listening Prof! It has some really good writing for such an old show and very well handled character development, I hope you enjoy it.
We're looking forward to releasing the 2nd episode of RMP soon. It's already recorded and orgun is hard at work with the editing.
Last edited: 18 May 2018

Episode 2 is now out in which Craig and I take a look at Ryousuke Takahashi's mix of fantasy and mecha - Panzer World Galient, with reviews of the TV and OVA series.

Episode 3 is now out with the first part of Craig and I's Macross retrospective with reviews of the original TV series, Do You Remember Love movie and Flash Back 2012 OVA.

Moderator
Haven't listened to the entire episode yet, but the mention of Super Play magazine reminded me. For the launch of the SNES Mini last year, Retro Gamer resurrected it as a one-off supplement, complete with a new cover by their original illustrator Wil Overton and a retrospective anime column from Helen McCarthy: 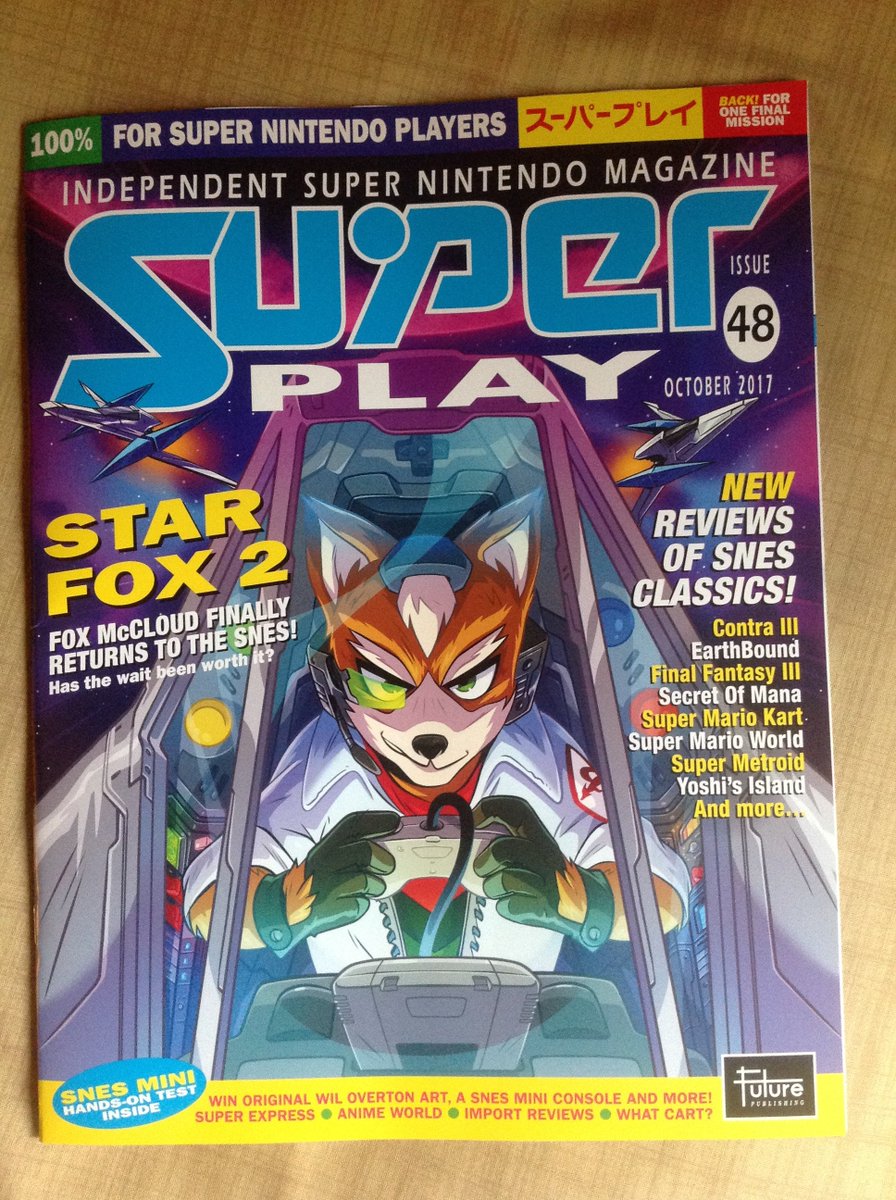 Cool, thanks for sharing that , I'll have to find a copy of that, be interesting to read Helen McCarthy's article. Magazines were so such a key part of fandom back then. Have been very tempted by a Mini SNES, although I was always a Sega man!

Funnily enough this resurrected Super Play supplement being released was what reminded me about Super Play and Will Overton's illustrations to mention it during the recording of that episode. Only Overton's full name slipped my mind during recording and of course I remembered it not long after we'd finished. D'OH!

Yeah some of those old mags were great. Speaking of anime magazines we've mentioned on the podcast I have a pile of my old Manga Mania mags right here under the desk with my keyboard. I've been having a read through for some inspiration for articles on older anime.
Hope you enjoy the rest of the episode Prof. Despite being a long one I think we kept it fairly to the point without going off topic. There's just soooo much to talk about with Macross. I thought of stuff even after we were done with recording! Really enjoyed the Macross episode. I just watched the series and DYRL recently so it was nice that everything was fresh in my memory. Yes, Hikaru definitely ends up with the right woman.

Thanks Kuriiro, glad you enjoyed it

Moderator
Having listened to the episode in full, I'm actually quite curious about the main Macross tv series now. I've only ever seen DYRL before, and I was so amazed by it that I kinda didn't think there was any need to bother with the series, but it sounds like a very different experience, certainly in how it develops the characters. The only thing I could really add is that, while they took a little while to grow on me initially, I think the Haruhiko Mikimoto character designs have become such an iconic ingredient of the franchise that I feel some of the newer instalments just aren't the same without them. Delta in particular seems really nondescript by comparison.

Maybe I'm reading too much into it, but even if it was billed as a follow up of sorts, I also wondered if Flashback 2012 was just part of a larger fad for musical compilation tapes at the time; I definitely remember seeing at least one Lupin VHS that was just a collection of clips like that. Kind of like YouTube before the internet, I suppose.

The TV series and DYRL are very different entities and interesting in how they tell the same story in such different ways. I'm not a great fan of the franchise as a whole (bar a few highlights) but I would definitely recommend watching the TV series. I agree Mikimoto's character designs are now an iconic part of the original anime and you could very well be right about FB2012, it was the right sort of time for that sort of production to come out.

Hi Prof. I highly agree that the newer installments really lack something and the character design is part of it but it just seems as a whole that the more modern ones are slowly moving away from what made some of the most iconic entries so good. I would recommend the TV series for its much more developed and better told story and better characterisation but you can't beat DYRL in terms of spectacle. The TV series Is where its at for story for me though and much more likeable characters. I agree with both of you that the existence of FB2012 is likely to be a fad of the time, similar to the OVAs that were little more than TV compilations like the one we discussed in the Panzer World Galient review. The fact that stuff is so much more freely available now both on disc and the net has pretty much eliminated the need for both of those things to exist now.

Craig and I will be recording the next episode of the podcast soon in which we will be taking a look at The Five Star Stories. We'll review Book 1 of the manga and its anime adaptation individually and then look at how the anime adapts the manga.

Reply here with any questions or comments. Been a while. I've tripped over FSS a few times, but never picked it up. It'll be interesting to get a trusted opinion on it. When do you think it'll be out?
Last edited: 18 November 2018
You must log in or register to reply here.
Share:
Facebook Twitter Reddit Pinterest Tumblr WhatsApp Email Link
Top